Park Palace Ponies aiming to open a second city riding school - The Guide Liverpool
Contact Us Advertise with The Guide Our Video Services Follow us:

The team behind the hugely popular Park Palace Ponies in Dingle is aiming to open a second riding school in south Liverpool this summer.

They’ve found the perfect plot in Aigburth to house a new arena, stables and eight ponies and horses where youngsters who’ve already learned basic riding skills could take them to the next level.

Park Palace Ponies has started a crowdfunding campaign which would allow them to create Walkers’ Woods Riding School on land which stretches around 11 acres from Mersey Road to Jericho Lane. It’s now got just days left to reach its target.

Voluntary director and one of the centre’s founders Bridget Griffin says they hope to be able to bring some of the magic of Park Palace to another part of the city. 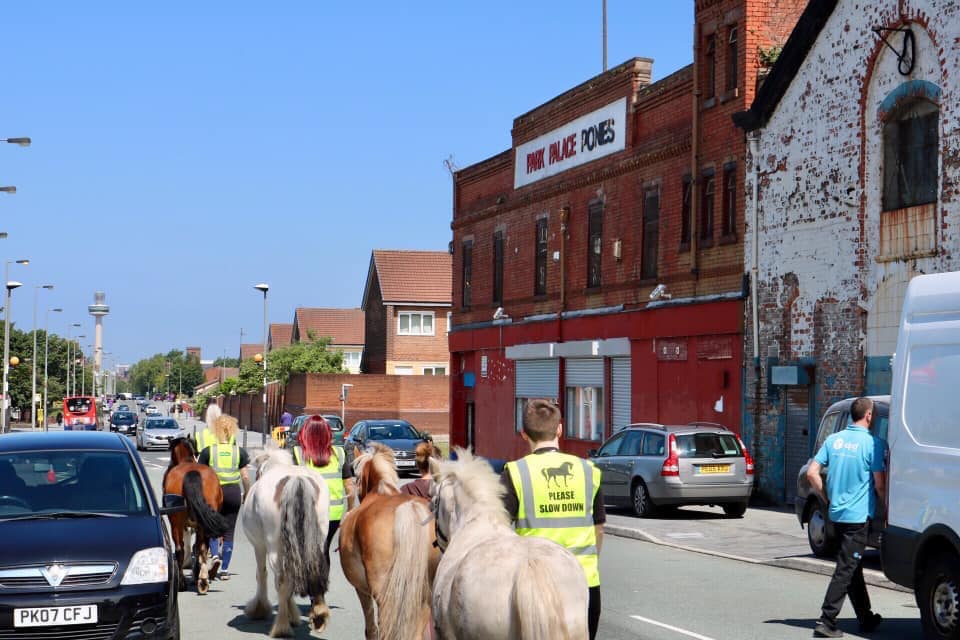 “Park Palace started as a six-month pop-up which we did to gather the data and show that inner city riding is needed,” she explains.

“Everybody thought we were insane when we set it up and we honestly didn’t know whether it would work even though we always believed in the power of horses. But obviously it’s been a huge success, when we said were closing after six months there was uproar from the local community, and we’ve been fully booked since before the pandemic.

“We now have hundreds of kids waiting to ride with us but obviously the ponies can only do so much.

“We’re a half-size arena so kids learn to walk and to trot with our ponies and then they graduate to a bigger riding school. That meant we could always have a constant stream of riders coming in. But now the closest riding school is a 35-minute drive away so that defeats the purpose of inner city riding being accessible.

“Lots of our families walk to Park Palace at the moment, or they get the train or bus, but to get a bus to the nearest school would be an hour each way, and that’s without factoring in the cost. Also, so many schools have closed through Covid so those that are left are fully booked. 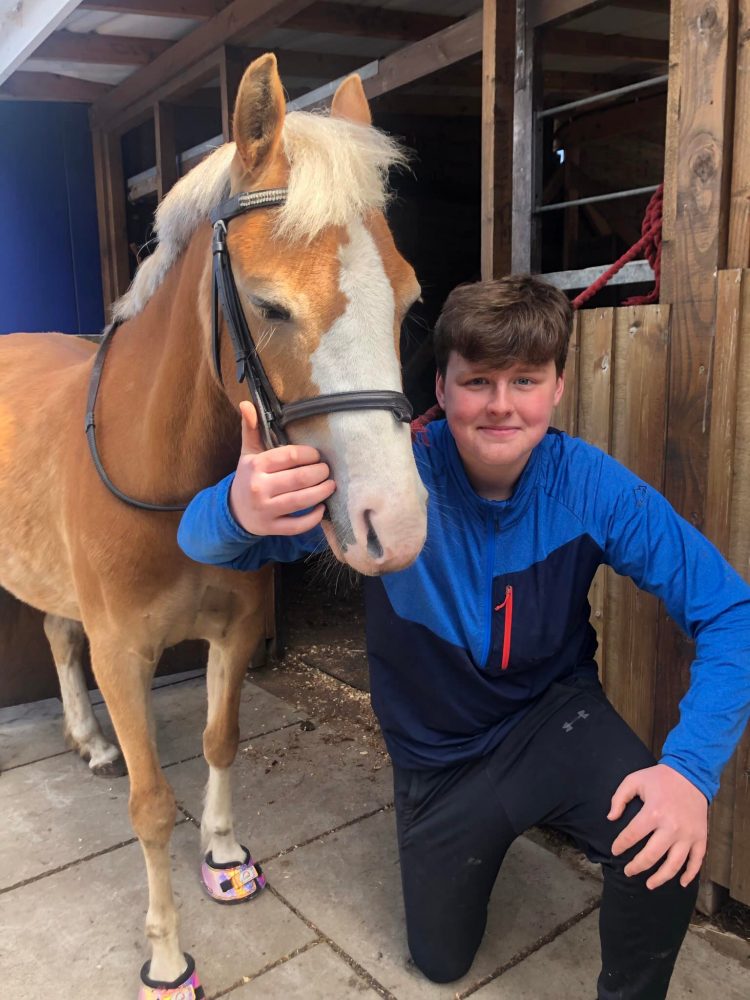 “It feels as though we’ve given them something which they really love and then it’s been taken away, but Walkers’ Woods would be full-size with bigger horses so that would mean they could keep riding and progressing.

“It would also give extra opportunities to our young volunteers too. A lot have been with us from the start so they’re 15, 16 and 17 now, but they can’t ride here anymore because they’re just too big for the ponies.

“They work so hard for us, and other than training opportunities and work experience we can’t give them anything back in terms of riding and that’s frustrating for them and for us.” 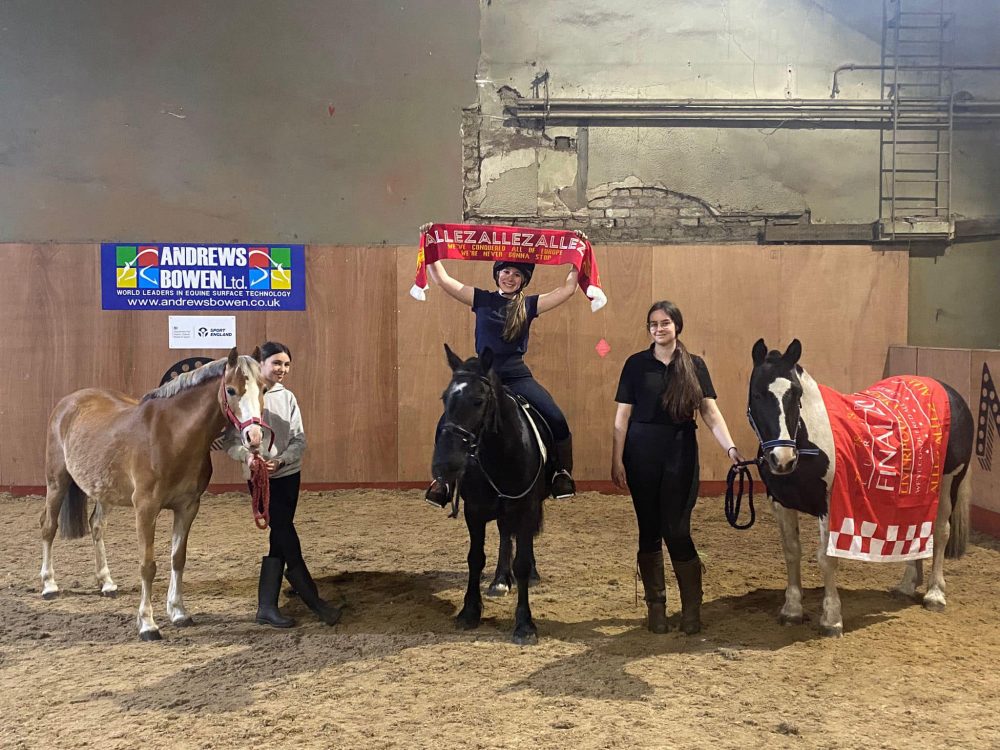 To test if there would be demand for a second school, Park Palace put a post on its Facebook page asking how many young riders who’d learned there hadn’t been able to continue.

The response was so great that places at the Mersey Road centre would be easily filled, even though it doesn’t exist yet.

Bridget says the family which owns the land has agreed to lease it to them for a year, with an option to extend. The Crowdfunder is to cover the lease and all the work to build the stables, arena and arena floor on the site.

“We’ve done all the numbers and it all works, we know we could create a viable social enterprise, now we just need to raise the money. If we do reach our target, work will start on the build almost straight away and we’ll do much of that ourselves like we did with Park Palace to keep the costs low.

“We’d be aiming to start lessons at the end of July or the beginning of August.”

Operating in the same way as Park Palace, Bridget says Walkers’ Woods would hopefully become just as much a part of the community as its Dingle predecessor.

Park Palace is so well-loved by its Mill Street neighbours – the ponies famously did doorstep visits during the pandemic to cheer up families and elderly people who were isolating.

They also run a popular summer school at Aintree so young riders get to experience the thrill of being at one of the world’s most famous racecourses.

“It’s our dream to have centres right across the city, and if we could get Walkers’ Woods up and running by July then we’d have three sites for summer which would be incredible,” says Bridget.

To find out more and support the Park Palace Ponies Crowdfunder, click here.