Paul O’Grady talks about his new children's book and tells us how drag queen times have changed since Lily Savage - The Guide Liverpool
Contact Us Advertise with The Guide Our Video Services Follow us:

As his first children’s book is published, Paul O’Grady talks to Hannah Stephenson about his transition from the acerbic Lily Savage to Uncle Paul.

Yet there’s a touch of nostalgia for his drag days, the era in which he made his name in the Eighties, compared with the more glitzy, polished drag scene today.

Lily – his alter ego – would be too old to make a return now, he reflects.

“It did flash in my mind to do a tour – which I would not do in a million years as I haven’t toured for so long – of Lily for Prime Minister. People are always asking me, ‘Where’s Lily?’ like she exists and I say, ‘She’s working in the hospitality industry in Amsterdam. The house has closed down and she’s got 15 women to furlough’.”

But in reality, he thinks her time is over. “I’m 66. I always thought Lily was about five or six years older than me, so she’d be in her 70s now. I’d come on with a stick, ‘cause she’d had her veins done.”

In any case, the drag queen scene has changed so much since his Birkenhead diva retired in 2004. 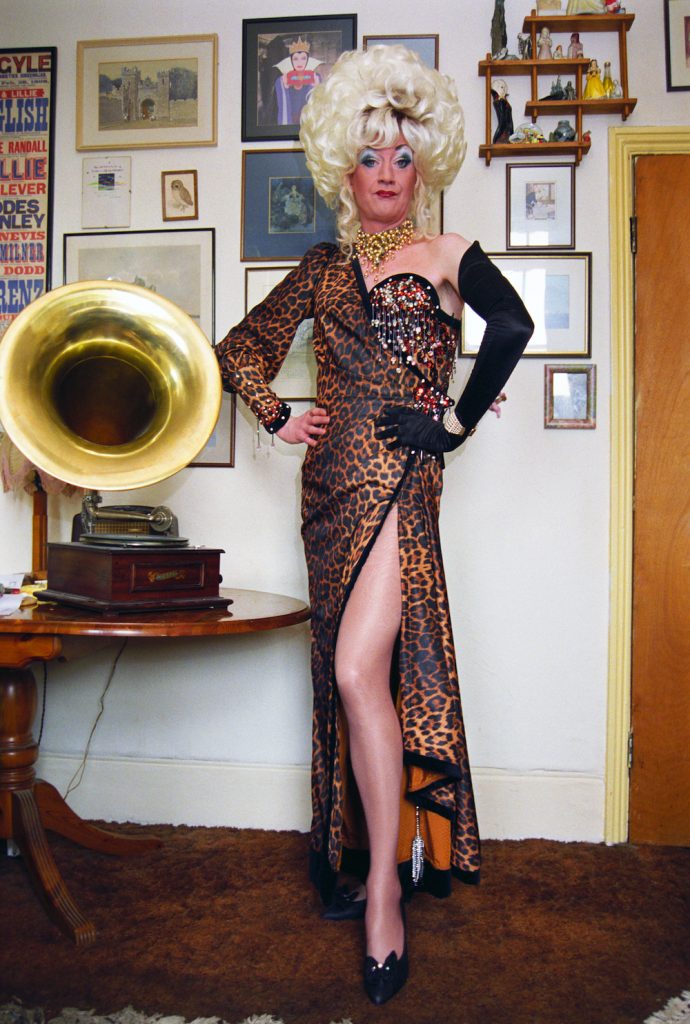 “Well, you’ve got (RuPaul’s) Drag Race,” agrees O’Grady. “It’s a good thing. It’s totally different from my day. Our sort of drag, where we worked the pubs and the clubs, the roots are steeped in variety and musical. You told gags. There were some wonderful drag comedians – Phil Starr, Marc Fleming – they were polished comedians, who just happened to be in drag.

“This lot [current drag artists] look incredible, with the make-up, the frocks, the wigs, but for me it’s like drag’s moved on, it’s transitioned. It doesn’t necessarily focus on comedy and it’s very American.

“British drag was always comedy,” O’Grady adds. “I think our era was better. When I was working the pubs, there were about 36 acts. You’d go up and down the country, I knew every service station. There are some brilliant acts still working the clubs and pubs, people I’m still in touch with who I worked with. My roots are very much still there.”

He was doing the pubs and clubs in the late-Eighties, when Aids was high on the agenda, and has had to steel himself to watch shows like Pose and It’s A Sin.

“It hit us like a tsunami,” O’Grady has previously said of those days. “Friends would be diagnosed HIV positive and within months they’d be ill and then probably dead. And there was no sympathy from anybody. Basically we looked out for each other.”

Today, he remembers: “I lost so many friends. I used to do shows on the wards. I’d dress up as Lily as a nurse. Imagine her with a trolley – and those plastic bottles you wee in? I’d rustle up some new, clean ones and have white wine in one and red in the other. These were people I knew who were dying – but you’ve got to keep a brave face.”

Yet he laughs at the idea that he might have needed counselling. “I’m Northern, for God’s sake. We don’t have counselling. There are two stages of depression in Birkenhead – the first stage is called ‘My nerves are bad’ and the second stage is ‘My nerves are hanging out’.

“I don’t dismiss counselling at all, because there are people who genuinely need it, but I’m really lucky – I can sort myself out.” 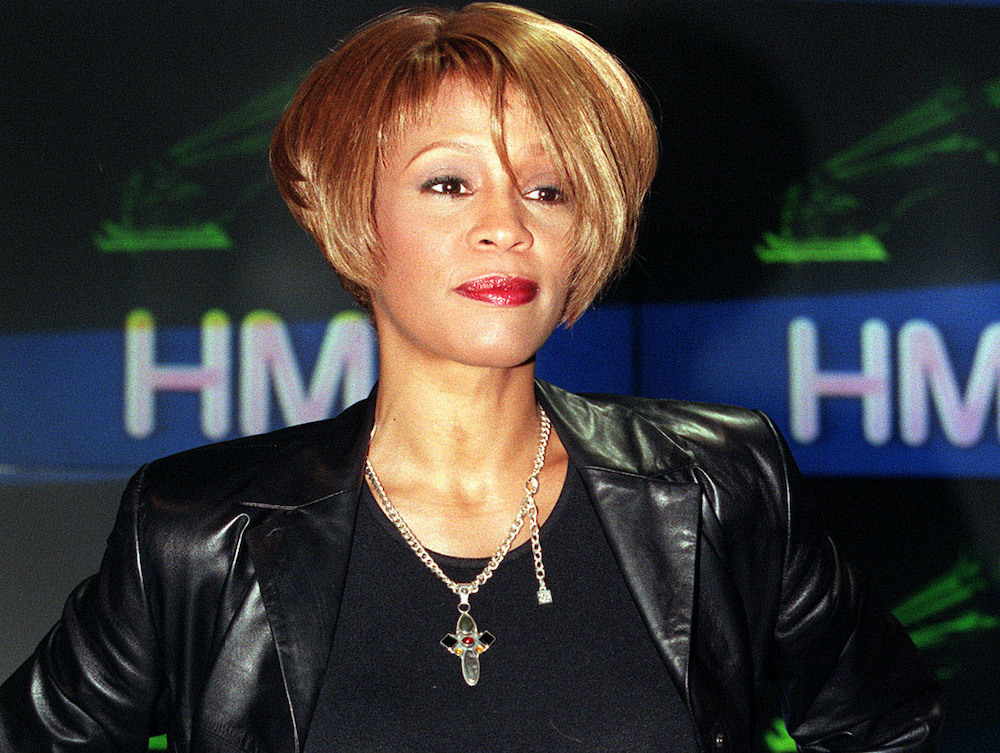 Paul O’Grady signs copies of his autobiography ‘At My Mother’s Knee’, in Foyles bookshop, at the Royal Festival Hall, Southbank Centre, London.

He has said that Lily Savage’s acerbic put-downs wouldn’t last long in today’s day and age. Does he think we’ve become too ‘woke’?

“We’ve become nit-pickers. It’s like almost everything is a witch hunt. If somebody puts a foot wrong, they are leapt on. You are not allowed to have an opinion.”

During his career, O’Grady’s hosted Blind Date and Blankety Blank and these days is most recognised as the animal lover presenter of ITV’s multi-award-winning For The Love Of Dogs, and for his new prime time ITV celebrity game show, Paul O’Grady’s Saturday Night Line Up.

“It’s not a rival to Graham Norton, it’s not a chat show. He has all the Hollywood stars, plugging something. The stories my guests tell are more personal. We’ve already filmed it all. I had a ball.”

He’s also back in Battersea, filming a new series of For The Love Of Dogs, and is quick to talk about the tug-at-the-heartstrings cases he has seen lately.

“The first one was a Westie that had been so abused, it didn’t have skin any more and was about to lose an eye. The second were two boxers who were left to starve in a house but had escaped. They were skeletons. Then there was another little thing that was so terrified, just cowering in the corner, a bag of bones. You come out and you think, I hate humanity.”

He has been known to take home some of the pooches whose stories he has followed. Will he get any more dogs from Battersea?

“It’s like putting a terrible boozer in an off licence and locking the door and saying, ‘Don’t touch anything’. I’ve already got four from Battersea.”

He’s also written his first children’s book, Eddie Albert And The Amazing Animal Gang, centring on a shy 10-year-old boy who can talk to animals, rather like a miniature Doctor Dolittle, and embarks on an adventure in Amsterdam with his dog Butch.

However, unlike the original Doctor Dolittle, Eddie is embarrassed by his gift and by the fact that he is different. Was it like that for O’Grady, growing up gay in a Catholic household?

“No, I didn’t know I was gay, even up to quite a late stage, because I had a daughter (Sharyn, from a brief romance) when I was 17. My poor mother was demented! She’d grown up with house full of animals and now this. Her little boy had reached puberty and turned into Attila the Hun! 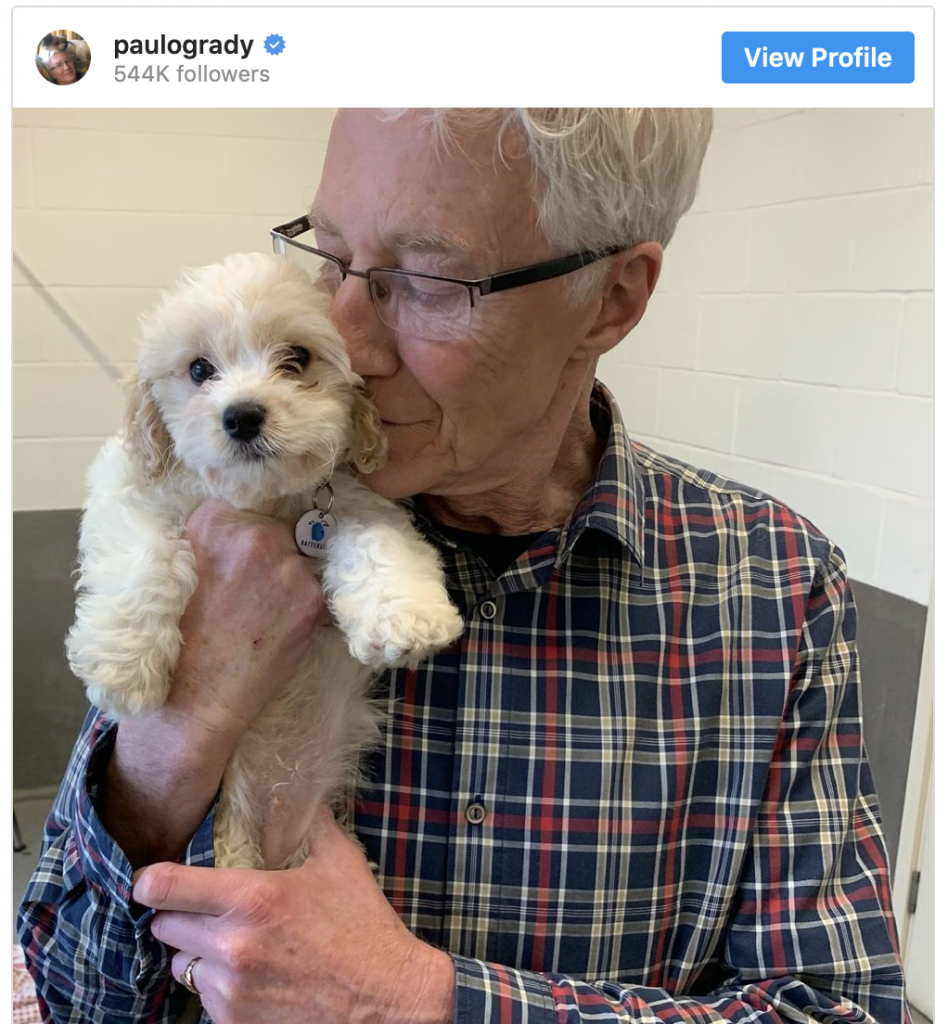 During lockdown, O’Grady got a new puppy, learned how to play the ukulele, and made tons of chutney from the wonderful harvest he had on his farm in Kent. “It was lovely. I didn’t wear shoes. I didn’t have a shave. I looked like Catweazle.”

He also saw more of his husband, ballet teacher Andre Portasio, given the reduced work schedule. “We cleared out cupboards and I decided I had far too many clothes which didn’t work. So, I got a bit over-enthusiastic and now I haven’t got any!”

“I’ve got my hands full but I don’t mind,” he says happily.

Kent is the couple’s permanent home, although they have their own separate flats in London for when they are working.

O’Grady has been commissioned to write another two books in the children’s series, but scoffs at the notion that he might be a latter-day Enid Blyton.

“A mate of mine recently asked me, ‘How did Lily Savage become Uncle Paul?’ And I just snarled like an old cat. But it’s very strange which paths you take in life – and I’ve never had a game plan.”