"Penny Lane is in my ears and in my heart" - The Guide Liverpool
Contact Us Advertise with The Guide Our Video Services Follow us:

“Penny Lane is in my ears and in my heart” 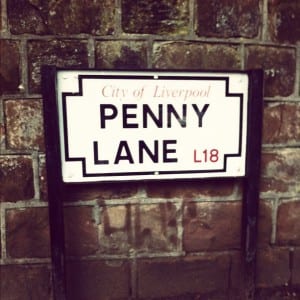 ‘Penny Lane is in my ears and in my eyes,
There beneath the blue suburban skies.’

It’s impossible to visit Liverpool and not intertwine your visit with The Beatles somehow. Whether it’s a visit to the museum down on Albert Dock or a pint in Mathew Street’s legendary Cavern Club, the influence of the most influential rock band in history can be seen right throughout the city. 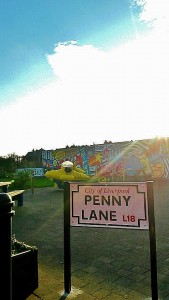 In February of 1967, The Beatles released ‘Penny Lane’ as one half of a double A-sided single, accompanied by ‘Strawberry Fields Forever’. While the former did not top the charts in the UK – nor did the combination continue the band’s four-year stint of continually chart-topping singles – ‘Penny Lane’ remains one of the bands most revered records, and was ranked as the nation’s 6th favourite Beatles track in a recent ITV poll.

The song’s title is eponymous with the street of the same name, and can be found at Smithdown Place, just less than four miles from Liverpool Lime Street.

In an interview with Clash magazine in 2009, Paul McCartney discussed the song’s origin, saying: “’Penny Lane’ was kind of nostalgic, but it was really a place that John and I knew; it was actually a bus terminus. I’d get a bus to his house and I’d have to change at Penny Lane, or the same with him to me, so we often hung out at that terminus, like a roundabout.”

Lennon’s childhood home at 9, Newcastle Road has been lovingly preserved since Lennon resided there as a child and is a stone’s throw from the terminus at the top of Penny Lane; which itself is currently undergoing a transformation, albeit slowly, into a Beatles inspired ‘Sergeant Pepper’s Bistro’. 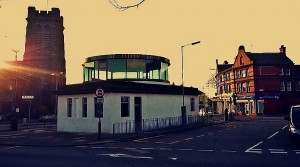 Despite its proximity to Allerton Road, a major route into the city centre, Penny Lane preserves its charm with a menagerie of small independent businesses and quaint terraced housing.

Situated on the corner of Elm Hall drive, across from the future ‘Sgt. Pepper’s Bistro’ sits Penny Lane Wine Bar – a charmingly rustic establishment serving a wide selection of drink and pub grub and within a friendly and welcoming atmosphere. 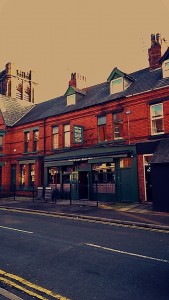 ‘It’s a quirky little place that has a nice local atmosphere, and serves a great pint of cider!’- Ellen Heaney, third-year English student

Penny Lane Wine Bar continues to cement its popularity amongst both students and families alike, so whether it’s a relaxing drink, deliciously fresh and reasonably-priced food, or a pub quiz you’re after, Penny Line Wine Bar ticks all the boxes.

Further down the way sits Dovedale Towers, known affectionately as ‘The Dovey’ – It’s undeniably a must-visit on a Penny Lane stopover, as a place with not only a fantastic menu and huge selection of world beers, but a place with a rich and colourful history.

According to Joel, a barman of the establishment, The Dovey has seen business as a children’s home, a hotel, and even supposedly as a Russian embassy during war-time. 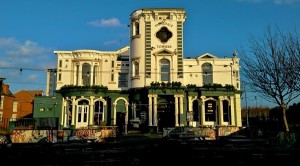 Though The Beatles themselves never played a show at The Dovey, the pub has played host to The Quarrymen, and it is a locally known fact that Freddie Mercury once lived at Dovedale Towers, during it’s time as a hotel and Mercury’s time with the band Ibex. 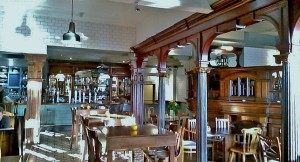 “We’ve got a great menu, world beers, real English ales, and it gets pretty lively at the weekends when we have live music on.”
Grand both on the outside and in, The Dovey offers something for everyone, and speaking from personal experience, does a cracking Sunday Roast.

Penny Lane consistently remains one of the city’s most popular Beatles tourist spots, and shows that the influence of one of the most significant rock bands in music history can be found almost anywhere in Liverpool – from The Dovey to the docks. 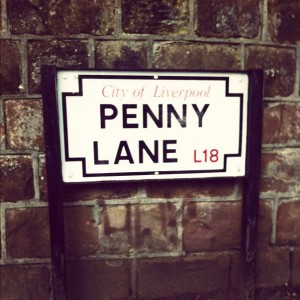