Phase One gets set to reopen after 8-week refurbishment - The Guide Liverpool
Contact Us Advertise with The Guide Our Video Services Follow us:

Phase One gets set to reopen after 8-week refurbishment

On the 9th Dec 2021, Phase One officially re-opens its doors after an almost 8 week refurbishment.

The complex at 40 Seel St will house its now familiar Record Store, the evolution of The Jacaranda’s record store on Slater St, birthplace of The Beatles, with a drinking space behind that focuses on a more mature drinking environment than you might find elsewhere on Seel St.

However, this is not a venue to rest on those kinds of laurels. It has bona fide credibility of its own.

In May 2018, Graham Stanley and his team, threw together a little pop up on Seel St that would expand on the much-loved record store above The Jacaranda. It was only supposed to last for 6 months before the real work began, but the world had different plans. 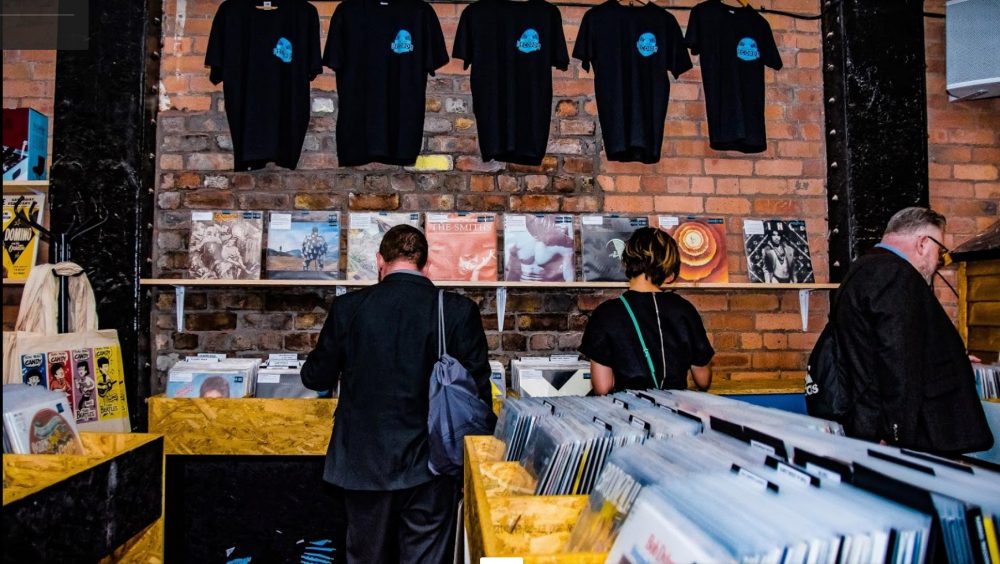 That little pop-up evolved into one of the most talked about grass roots venues in Liverpool, largely due to the skills of Veso Mihaylov, who now runs booking company, Out of Phase along with Graham Stanley, which has recently successfully put on shows by Arlo Parks and The Vaccines. Phase One hosted Mercury Music prize nominees Black Midi and Georgia, as well as You Me at Six, The Blinders, Unkle, Newton Faulkner, Tim Burgess, Feeder, Fat White Family, Field Music, Gabriel Aplin, Sunset Suns, The Faim, Black Honey, Matt Maltese to name but a few. 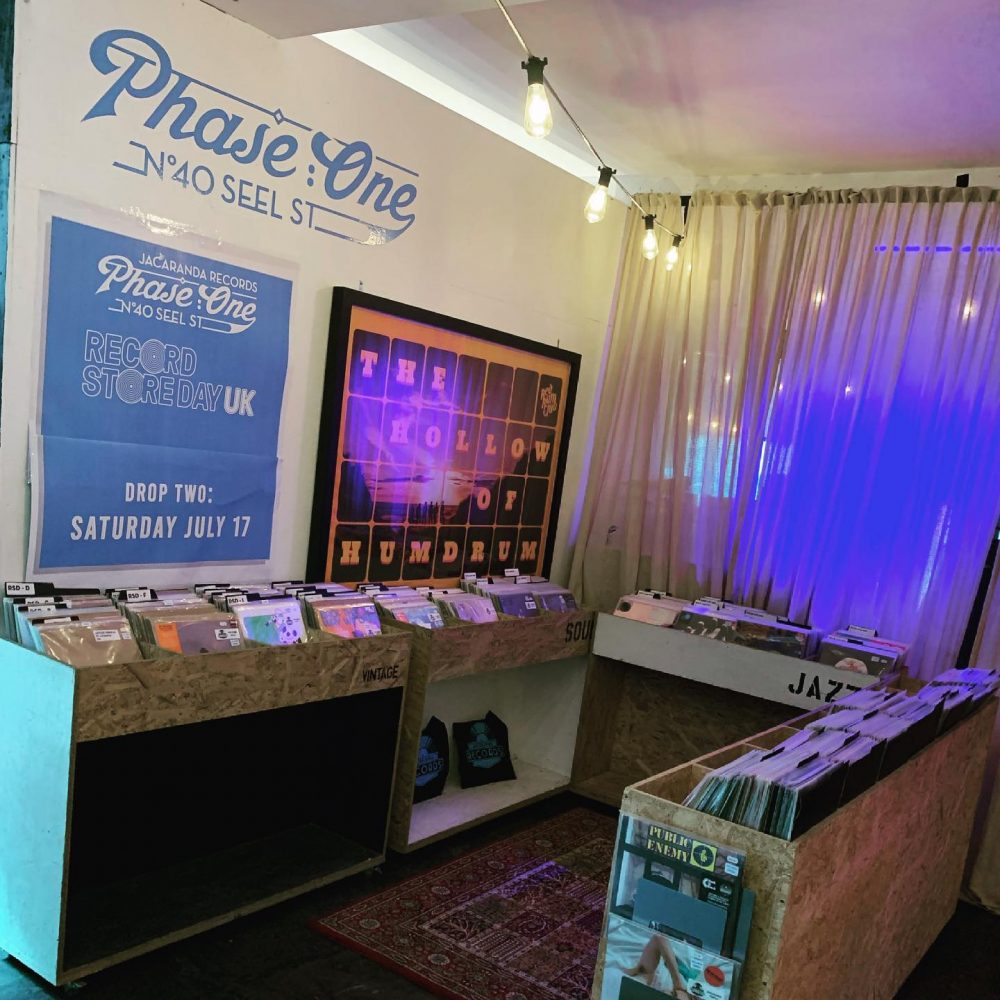 As the pandemic threw a spanner in the live music scene works, Frank Turner came through for the 300-cap venue and played an online fundraiser to help it weather the storm. And it did, but it would never take the same form again.

Forward to April 2021, no one can go inside for a drink and a chat with the friends, and Phase One discovered that it could offer a perfect oasis away from the beautiful chaos that is Seel St, in its beautiful, secluded courtyard.

As inside became inbounds again it has hosted some wonderful acoustic sessions from some of Liverpool’s exciting grassroots treasures including Eleanor Nelly, Nocturnal Coast, Fiona Lennon and Martha and Mick from The Hushtones, amongst many others. Now has come the time for its next transformation.

It has taken the best elements of the things that it has been since May 2018, and is repackaging them into a slightly shinier, permanent, and grown-up exterior. The record store will be making a permanent return under the leadership of Namina Koroma, renowned local DJ. She has been a great ally to the cause of both record store day and ERA since she became part of The Jacaranda Records family 6 years ago. 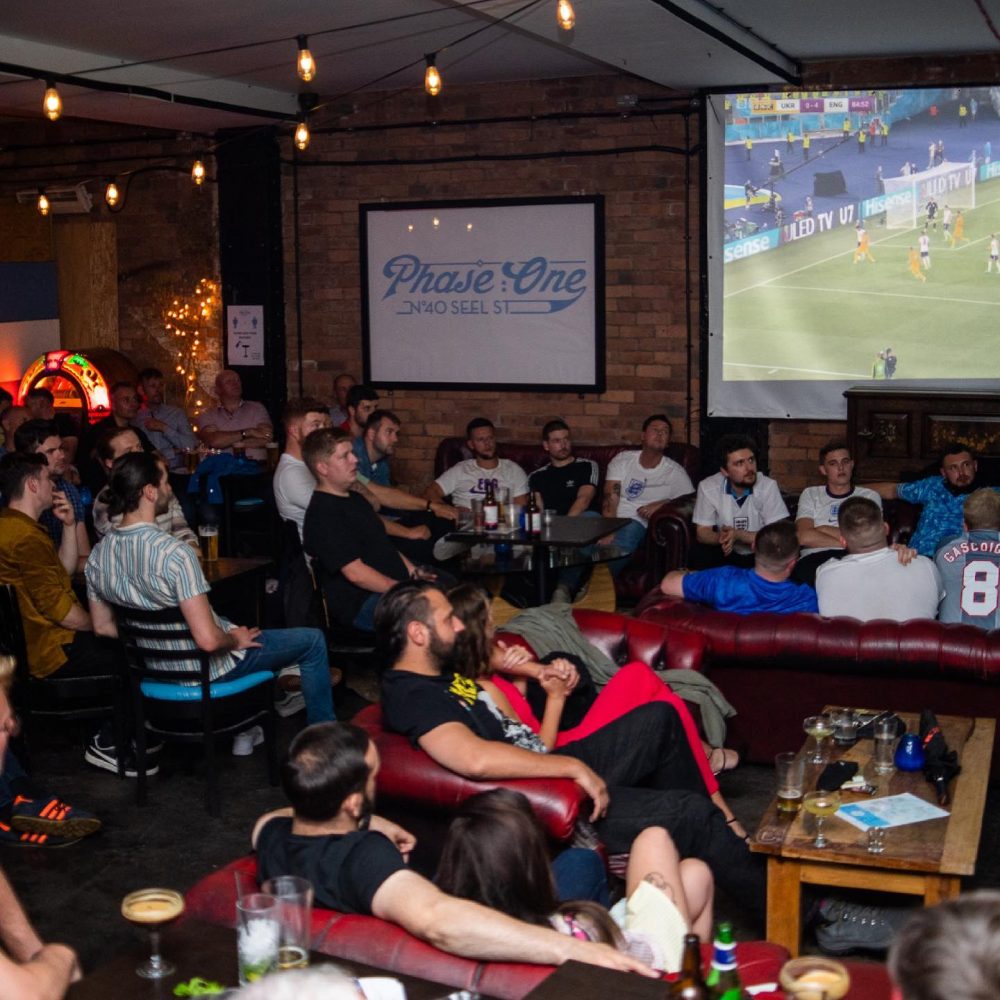 The record store will greet you from the street, the store is also chart registered, so every purchase of a new release counts toward your favourite artists chart placing. It will be a mix of old technology and new, a lot of the vinyl will be available for a digital listen on our system before you commit to a purchase. The décor will be a mix of clean lines with a vibrant 70’s aesthetic serving coffees and vibes all through the daytime, 7 days a week.

Tucked behind the record store will be Phase One, a table service only bar where the soundtrack at the weekend will be from some of the best bands and artists of the Liverpool scene. They aren’t gigs and it won’t be a gig. No tickets, no advertising the artists in advance. Just turn up and see who is there. 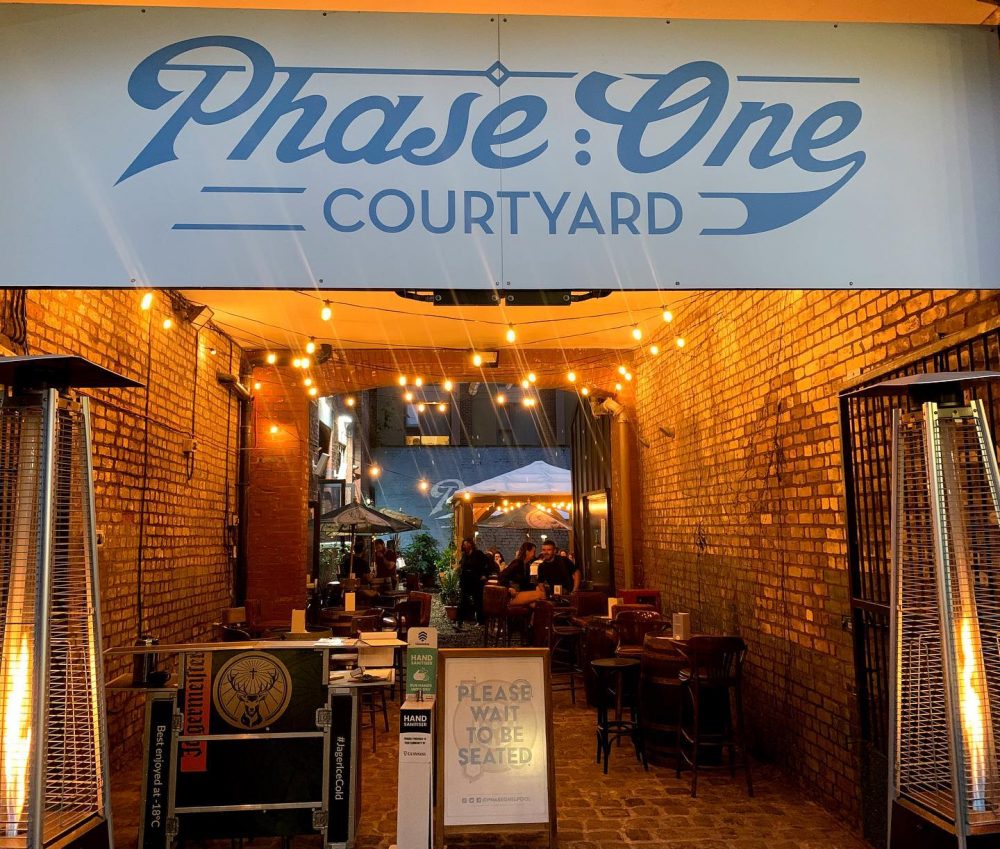 You’ll only know what you missed, never what you might see. Owner Graham Stanley says of Phase One “We realised over sit down drinking that actually, whilst people didn’t like the restrictions that were still in place, they liked the experience of not having to get up and go to the bar. What we are creating now at Phase One is grown up drinking, where you can have conversations with your friends and family but still enjoy some great live music at a volume that doesn’t overwhelm everything else that is going on”

Inside it’s got dark wood tones and cabaret style drinking, the cocktail menu contains a carefully curated collection of classic cocktails, each with ingredients specially selected to enhance the original recipe. Of course, the courtyard is here to stay with its blend of Viking and Christmas vibes.

What the venue prides itself on most of all is its accessibility, not physical although the addition of a disabled toilet should hugely aid that, but its emotional accessibility.

“I remember how intimidating record stores could be when I was a teenager, I wanted to create one that made music buying feel open to all. Somewhere that was bright and airy and you don’t feel you are being judged for buying Britney or Little Mix and not the obscure third album of an artist that only 10 people have heard of” says creator Graham Stanley, “I want it to be somewhere my teenage daughter can visit, my 80 year old father and the guy who knows every Calypso song ever recorded. They should all be able to find a friend here.” 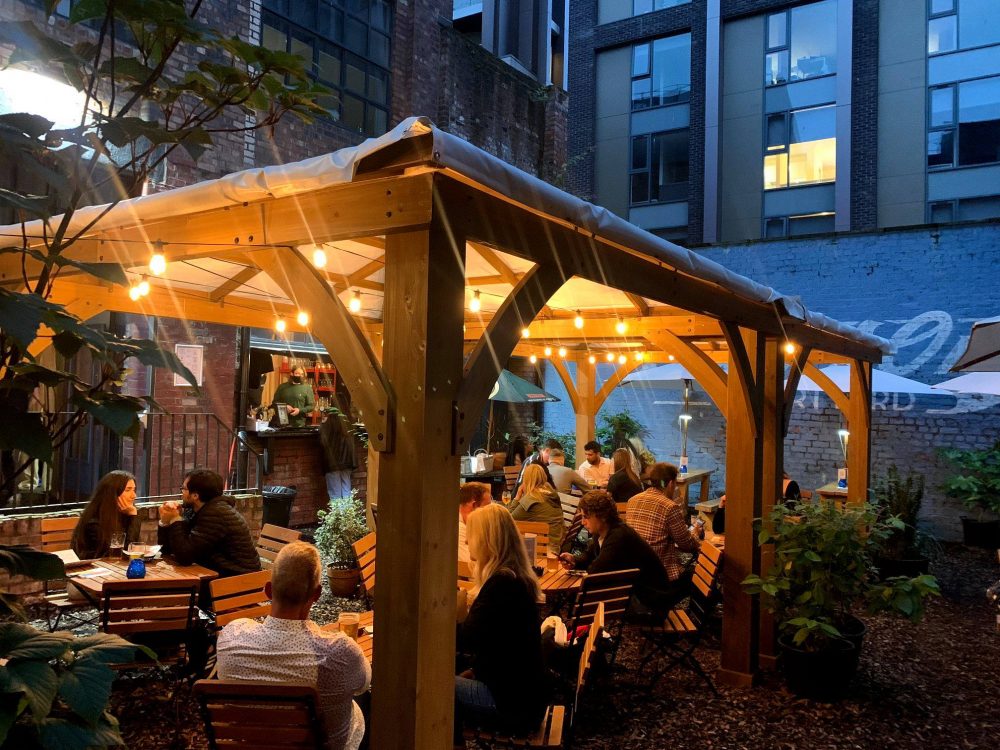 Right now, the refurb is going at a steady pace. The venue re-opens on the 9th of Dec, with a launch night on the 10th of Dec. As is the ethos of the complex at 40 Seel St, everyone is welcome from the minute they open the doors.

Find out more about Phase One here.