Piling process for the foundations of Everton's new stadium at Bramley-Moore Dock begins - The Guide Liverpool
Contact Us Advertise with The Guide Our Video Services Follow us:

Drilling began this week on the 2,500 concrete piles that will provide the building blocks from which the brick, steel and glass structure will eventually emerge from the ground.

As the dock infilling process continues, work has initially begun on the foundations for north and south stands, where all the heritage assets have been removed and, where possible, are being preserved.

The piling work is expected to continue until the summer of 2022, including commencement of foundation works to the iconic western stepped terrace that will overlook the River Mersey.

Danny Jones, part of the team overseeing the piling for the Club’s construction partner Laing O’Rourke, explained: “We drill down to around 16 metres with a hollow drill and, as we go, we pump concrete to the bottom through the stem to replace the bore with a column of concrete.

“We then place a reinforcement cage inside the bore and this will form the foundations for the stands.

“In total, we expect to bore around 2,500 piles, each one being 600mm diameter and the deepest pile being 18m.

“They take around 4-6 cubic metres of concrete per pile and depending on the progress of the dock, we anticipate this work to be complete by the middle of next year.” 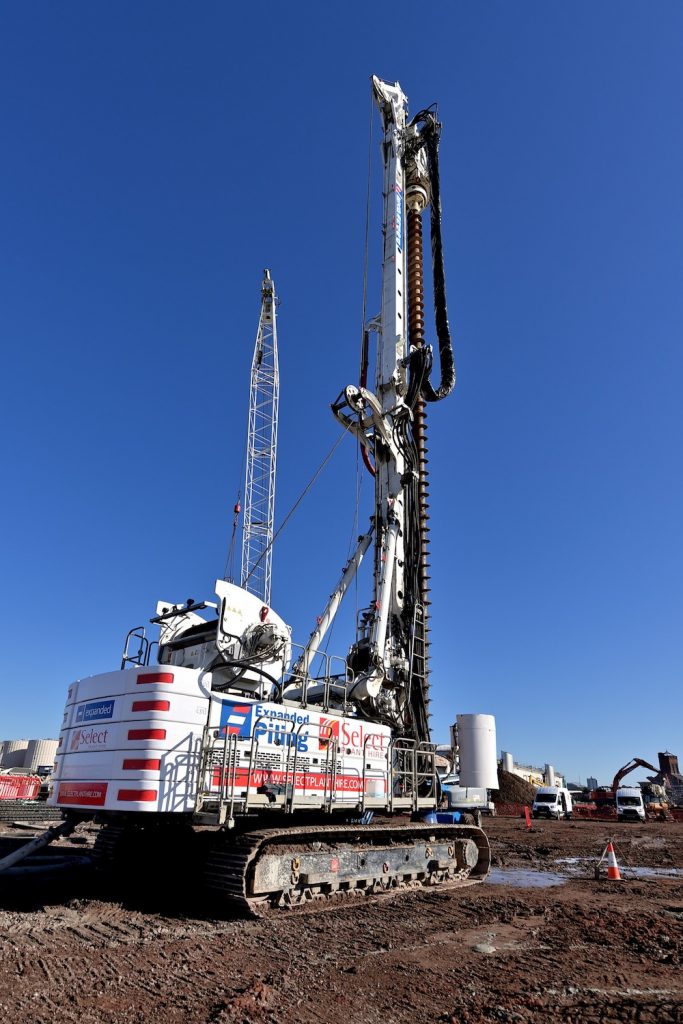 The piling process is essential to provide strong foundations and spread the significant loads, as a result of the building size and massing.

A lot of care and attention is required to put in place the substructures and piling, while protecting the heritage assets of the site. The piling layout is designed to avoid the dock walls, therefore preventing any damage to the listed assets, and preserving them. Should the Club decide to move stadium in the distant future, the site could be reverse engineered back into a dock.

Meanwhile, work continues to infill the Dock with sand dredged from the Irish Sea, which is being pumped into Bramley-Moore Dock to provide a solid base across the site.

Over the next three months the Grade II listed dock, which is 10m deep, will be infilled with more than 450,000 cubic metres of fluidised sand, via a pipeline connected to a dredger moored in the River Mersey.

The sand itself is collected from the Liverpool Bay and the Irish Sea, about 25 miles north of Bramley-Moore Dock.

The resulting compacted and rolled surface will then be suitable for more piling, which begins early next year and will form the sub-structure of the Club’s new stadium.

The stadium development in Liverpool’s Northern Docks is recognised as the largest single-site private sector development currently in construction in the UK.

Keep up to date with Everton FC here.