Plaza Cinema opens up to give teenager having cancer treatment a private Spider-man screening - The Guide Liverpool
Contact Us Advertise with The Guide Our Video Services Follow us:

The Plaza Cinema in Waterloo has opened up specially to give a Marvel-lous Christmas treat to a teenage film fan going through cancer treatment.

The cinema gave over its biggest screen to 15-year-old George Galbraith, his family and a small group of friends for a private screening of Spider-Man: No Way Home.

Manager Martin Fol stepped in to help after George’s dad Paul contacted him to say they were looking to hire somewhere for George and his mates to watch a film together.

He has been having chemotherapy and radiotherapy for Rhabdomyosarcoma and hadn’t been able to go out with his friends for months because his immune system is so suppressed. 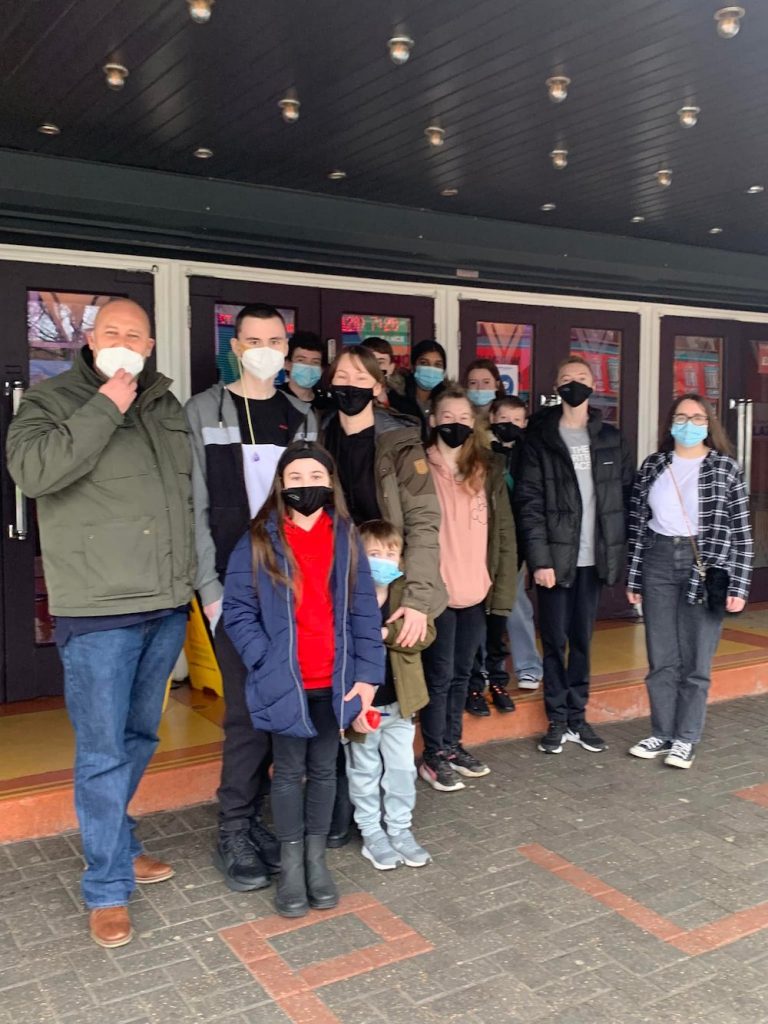 “The treatment he’s been having at Clatterbridge is quite intensive,” explains Martin, “and because of the risk of infection that’s meant he hasn’t seen his friends properly since the summer. He’d actually had a blood transfusion on the morning they came to the cinema so it’s still ongoing.

“Paul emailed me to say they wanted to come to a cinema and try and watch a film, preferably Spider-man, but they’d been quoted £800 by a multiplex. He asked if we could do anything for them, so I phoned him, had a chat and said, ‘come here for free’.

“We have our regular screenings in the afternoon and evenings but we normally do parties in the mornings at the weekend. It just happened we didn’t have any booked in this weekend, so I told him that I’d come in and we could open up the big screen for them.”

The cinema turned down the Galbraiths’ offer of payment, insisting instead that it was a Christmas gift to George, so the family arrived with two huge boxes of donations for the local food bank as a thank you.

“They came in on Saturday morning, so I met George, his dad Paul, mum Paula and his little brother and sister Sophia and Jonathan and eight of his friends. They’d all had PCR tests before they came, to keep him safe, and we put a special message on our canopy outside to wish him good luck with his treatment and his recovery.”

The family, who live in south Liverpool, were thrilled that Martin and his staff could arrange such a special pre-Christmas day out for George. 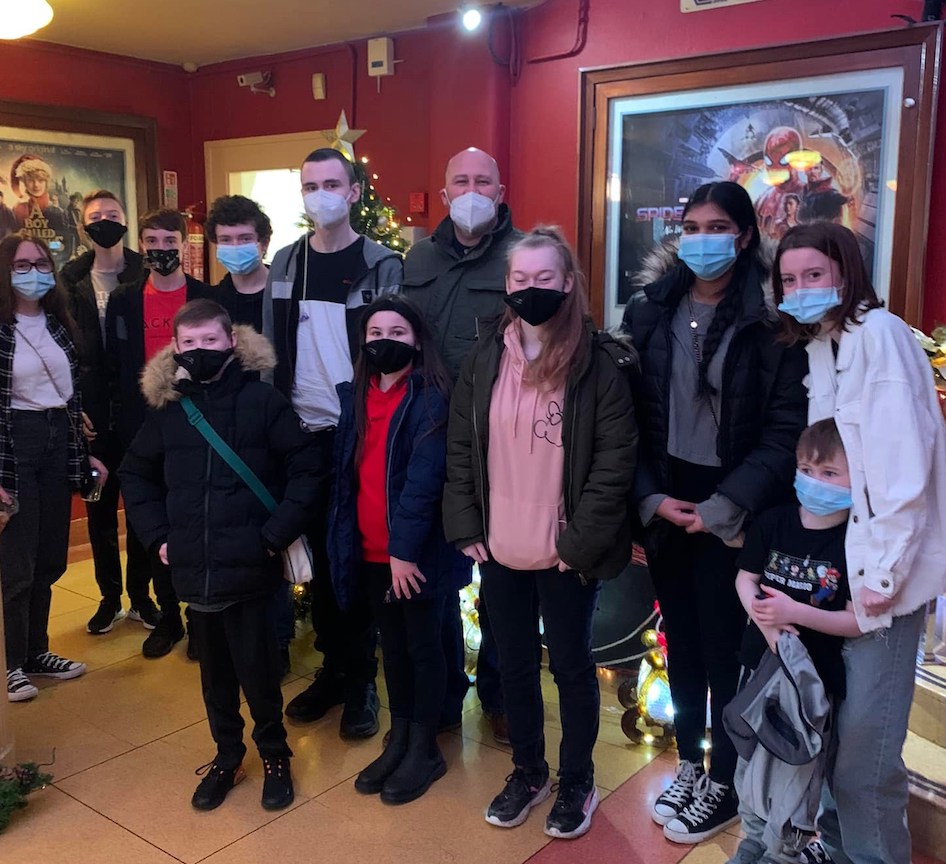 “They really made George and his friends’ day,” says Paul. “It was an amazing gesture of the Plaza to do this – not only opening up early to make it happen, but doing it all for free.

“Other cinemas wouldn’t privately screen until well after the release date, with some asking for £800. George doesn’t ask for much, all he wanted was to be able to watch a movie with his friends safely after a tough year mostly spent in hospital.

“We were just so glad that Martin stepped up for us and we’re truly grateful for his kindness.”

Martin says he and the rest of the Plaza team were just glad to be able to help.

“We were really moved to hear about George and what he’s been through and as a community cinema it’s what we do, we try to give that personal touch whenever we can.

“Obviously George has had a tough time this year and they wanted to give him something to look forward to. He’s been looking forward to Spider-man and we were just happy we were able to do it for him.”

Find out more about the Plaza Cinema here.