Pride in Liverpool: The Official Highlights - The Guide Liverpool
Contact Us Advertise with The Guide Our Video Services Follow us:

Pride in Liverpool: The Official Highlights 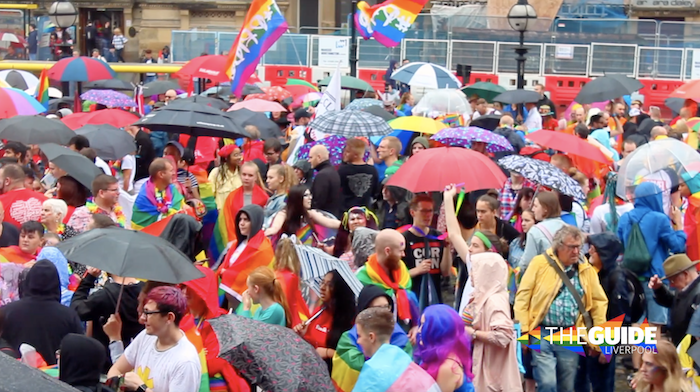 Thousands marched, protested and celebrated the 50th anniversary of the Stonewall uprising at a truly memorable Pride in Liverpool 2019.

An estimated 12,000 people, daubed in rainbow colours braved the rain to celebrate the Liverpool City Region LGBTQ+ community and mark the 50th anniversary of the Stonewall uprising. Covering St George’s Hall Plateau and Lime street from early on Saturday morning, marchers and supporters came out in force for Pride in Liverpool 2019 and what a day we had!

Watch above as our cameras captured all the Pride in Liverpool 2019 action. 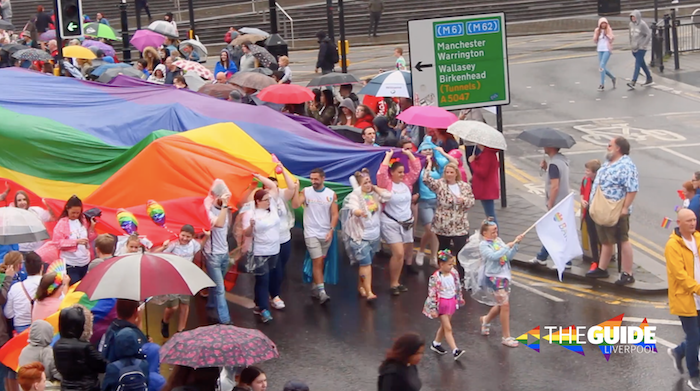 Following rapturous applause from the March for Pride muster – where key note speakers highlighted the reasons behind the days festivities, the march began to make its way through the city streets. Businesses, organisations, bars and local youth and charity groups such as Merseyside Police, Fire & Rescue, Liverpool Football Club, Barclays, National Museums Liverpool, Tate Liverpool and lots more waved banners, blew whistles and gave out flags and sweets to the cheering crowds.

Having danced, roller skated and wandered its way through the city streets, the march arrived at Moorfields where the crowds spilled out into the dedicated festival zone. For the first time, Pride in Liverpool set up a Youth Zone – a safe space for young people to get together and make some memories. There was live music and disco vibes supported by the Michael Causer Foundation, free pizza and garlic bread from Bay Tree Catering CIC and a fab time had by all. 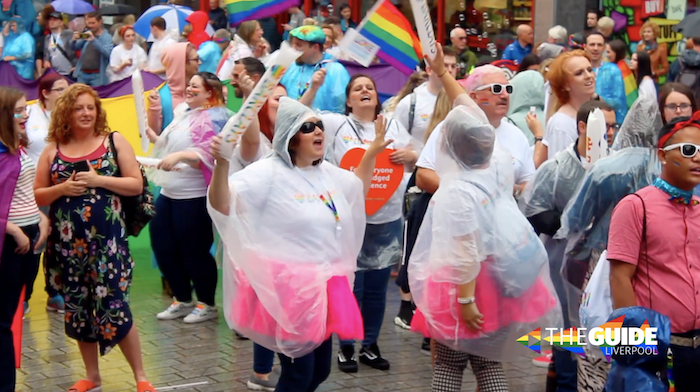 The Pride in Liverpool Festival zone featured two stages. The Barclays Stage, hosted by our Jay and Simmo – welcomed the likes of Little Boots, Saara Aalto and more, while the Showcase Stage in partnership with LIMF Academy and hosted by our Josh and Rachel brought the best of the city’s up and coming talent to Pride.

Congratulations to our CO-chair @JohnBirdMedia and his fiancé Allan!

It wouldn’t be Pride in Liverpool without a truly memorable moment. LCR Pride Foundation Co-Chair John Bird joined our Jay on stage to make a very special announcement. Thanking his boyfriend Allan for all his support during the gruelling planning stages of the events, John dropped to one knee and asked Allan to marry him, and he said yes! You’ve got to love a Pride Proposal!

The fun doesn’t end there. LCR Pride Foundation continues to organise and support LGBTQ+ events and activities throughout the year. Find out what’s going on and how you can get involved by heading to www.lcrpride.co.uk and by following @LCRPride on socials.