Princess Jasmine welcomed the Aladdin line up at the Echo Arena

This year’s panto at The Auditorium at Echo Arena Liverpool, Aladdin, has held its launch event announcing the winner of its Search for a Star, Jessica Johann.

Jessica is from Fazakerley and is currently in her second year of training at LMA (Liverpool Media Academy). ‘I am very excited, I can’t wait to work with the amazing cast. It is so exciting. My family have been absolutely ecstatic. They can’t stop going on about it. It is fantastic to be able to make my panto debut in leading role with these great professionals.’

Over 300 hopefuls from across the region had joined in the Search for a Star in before being whittled down to a final group of 12. The final 12 auditioned for the shows stars Leanne Campbell and Michael Auger and producer James Shone at Echo Arena Liverpool back in August.

Michael said, ‘I am really excited to perform in my first panto and delighted to have Jessica as my princess. She did an amazing job at the auditions and I can’t wait get into rehearsals with her’

Leanne Campbell said, ‘I have been doing panto for years and I am telling you that this is going to be the best panto I have ever done. The venue is brill, the cast are great, I have seen the costumes, I have seen the genie and I can’t wait for you all to see the magic carpet.’ 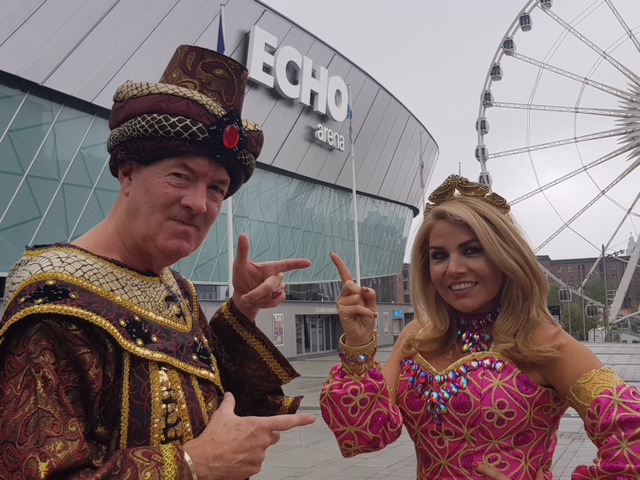 Dean Sullivan said, ‘I love playing the baddy and getting booed every time I come on stage is great. So when you come to see me boo as loud as you can and we will have a great time.’

Aladdin stars Michael Auger (from Collabro) in the title role, Leanne Campbell (Radio City) as the Slave of the Ring, Ruby Murry (BGT), Dean Sullivan (Brookside’s Jimmy Corkhill) and Mark Jones (Comedy Star). They will be swooping into The Auditorium Liverpool at Echo Arena with the magical pantomime adventure, Aladdin. Join us for a beloved tale filled with love and laughter, music and comedy, breathtaking sets, astonishing special effects and lots of sparkle! Aladdin will be the most magical Christmas pantomime you could wish for! 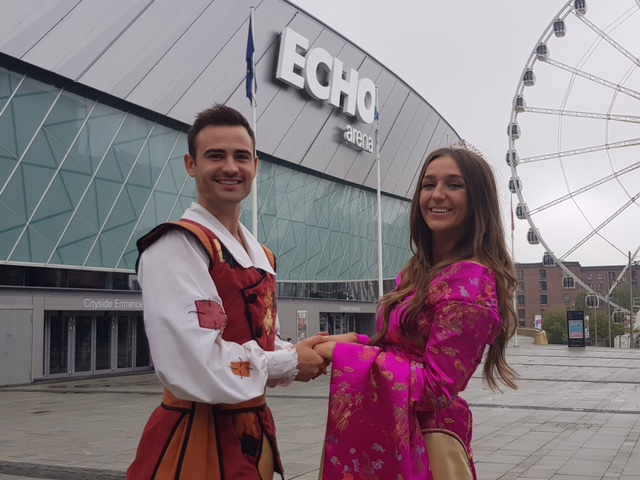 The young and young at heart will be able to cheer on Widow Twankey and her son Aladdin, as he tries to win the heart of the beautiful princess Jasmine. Be mesmerised as they do battle with the evil magician Abanazar, who aims to be the master of the world. While it might seem Aladdin’s wishes may never come true, maybe, just maybe with a little help from the Genie of the Lamp, the Slave of the Ring and lots of audience participation, we’ll reach an ending of happy ever after!

Don’t miss this magical festive treat!  Join us for a magic carpet ride of a pantomime. Get your tickets HERE