The classic football match day pie has been given an innovative makeover this season, as Liverpool Football Club, launch new meat-free pies at Anfield Stadium in a bid to help the planet.

A football favourite – the steak pie – has been subbed for a sustainable new half-time treat, which could cut over 100 tonnes of carbon emissions in just one game if all spectators make this change*, the equivalent of lighting up Anfield Stadium for 33 seasons.

The Reds have launched the new meat-free pie for hungry supporters this season, as new research reveals nearly half (45%) of football fans have experimented with a non-meat or flexitarian diet and an impressive 78% would change their diets to help the planet. 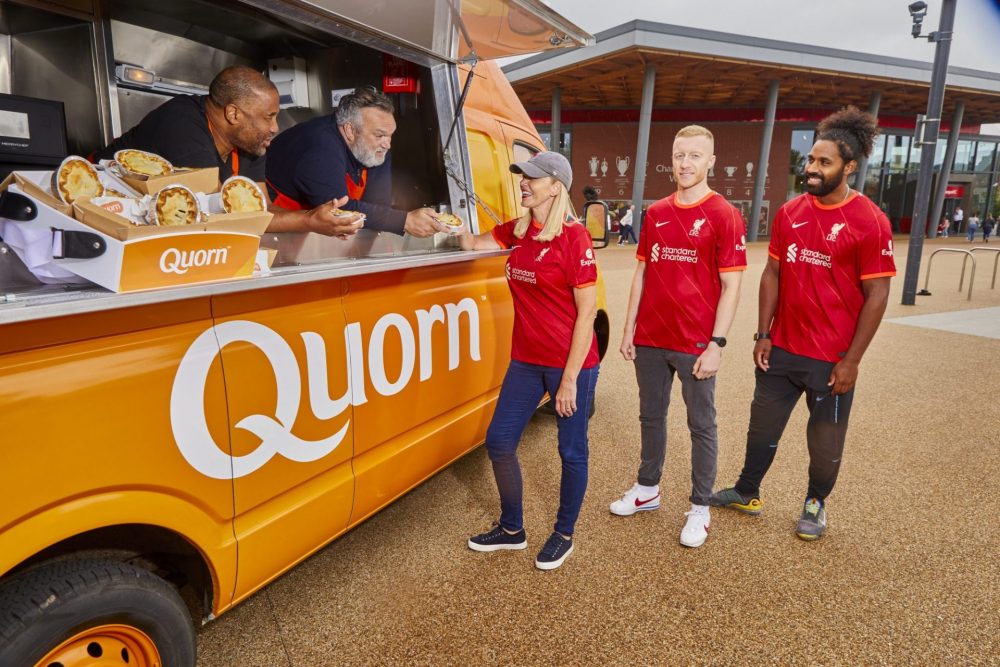 The new pie has been created by Quorn, the country’s leading meat alternative brand and LFC’s Official Sustainable Protein Partner.

Quorn teamed up with Liverpool FC legends, John Barnes and Neil ‘Razor’ Ruddock, who will be serving up the first taste of the pies at LFC’s game against Burnley on Saturday 21st August. 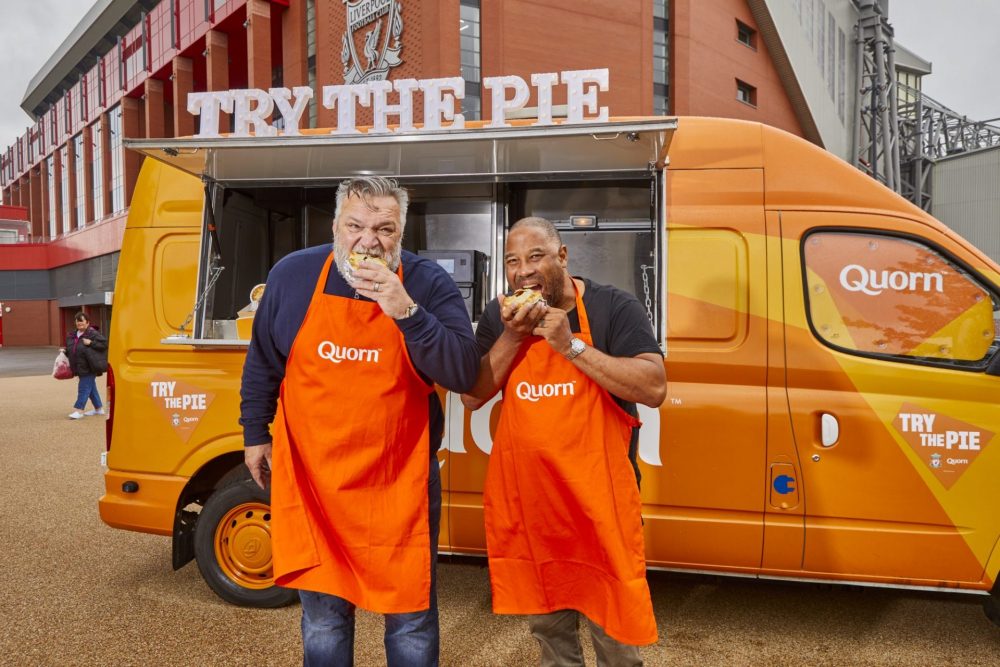 The former LFC players trialled the meat-free pie with local Liverpool FC supporters ahead of Saturday’s game, as the duo took to the streets around Anfield Stadium in a match day pie van.

“Making better food choices for the environment is a team effort, and given how tasty these Quorn pies are, this is one ‘Super Sub’ that I think our Liverpool FC supporters are going to enjoy seeing at Anfield!”

“Everyone knows I love my grub so the thing I love most about Quorn’s meat-free pies are they’re a sustainable choice and absolutely delicious! That’s a pretty impressive line up as far as I’m concerned!” 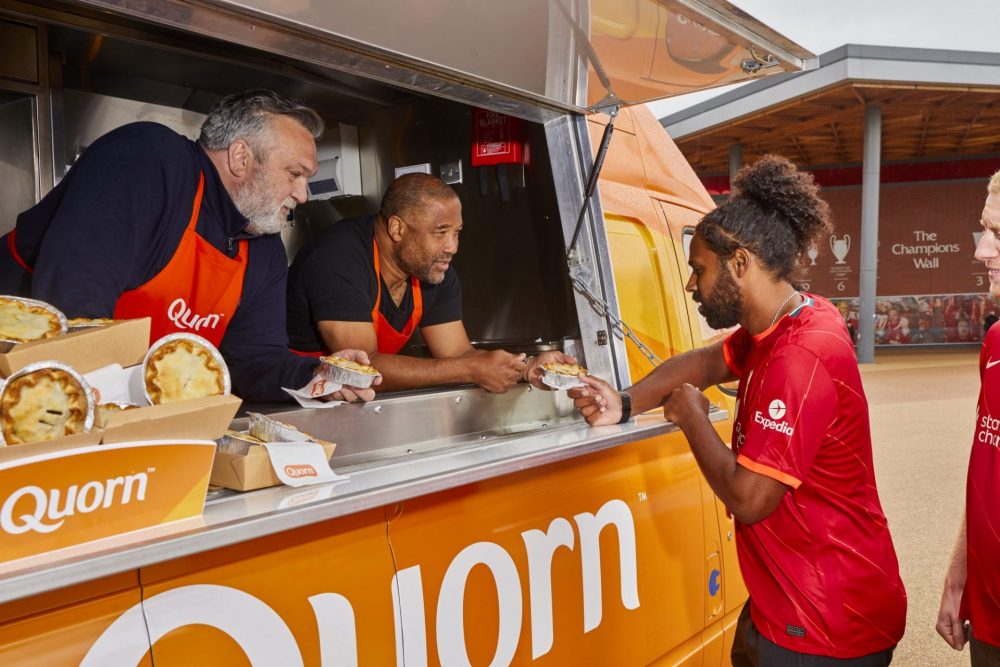 Liverpool FC players Andy Robertson, Curtis Jones and Thiago Alcantara were also put to the test by Quorn, to see if they could uncover the new addition to the Anfield menu. The trio sampled Anfield’s Steak Pie and Quorn’s Meat-Free Match Day Pie and it was the meat-free version which came out on top. 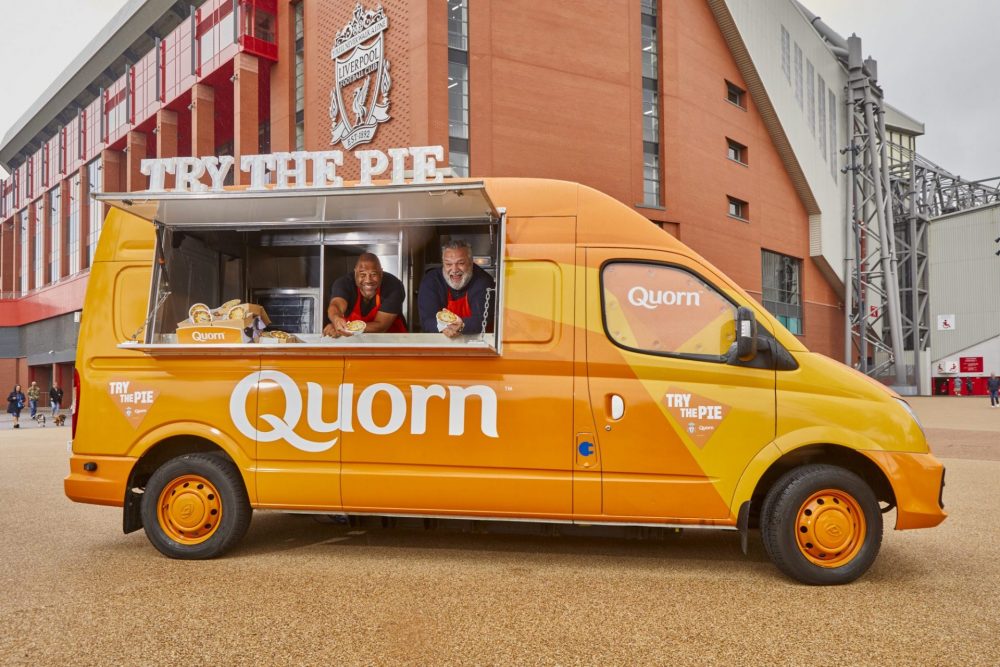 The new Quorn Meat-Free Steak pie is made using Quorn’s unique super protein, mycoprotein that’s good for you and the planet. Quorn’s mycoprotein uses 90% less land and water than animal protein, making it more sustainable for a growing global population.**

A poll of 2,000 football fans reveals a staggering 16 million pies are eaten in an average Premier League season at clubs up and down the country*** – but 66% said they had never tried a vegan or vegetarian alternative. However, 74% of football fans said they were keen to make more sustainable food choices at games in the future.

Over half (56%) said they had reduced their meat consumption over the last year and 85% revealed they are eating meat-free meals with their family at least once a week.

However, a quarter (24%) of those surveyed agreed that one of the biggest barriers to making more sustainable food choices could be down to a lack of information available. Only one in five (20%) knew that choosing a meat-free option was better for the environment, with 22% eager to make change but unsure where to start. 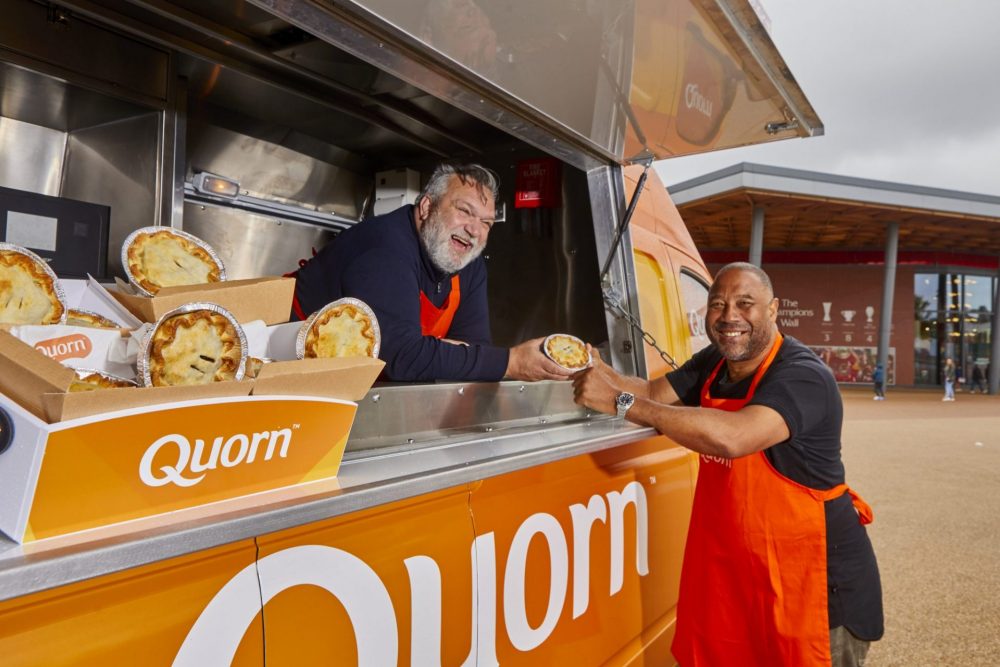 “We hope Liverpool FC supporters can get behind our Meat-Free Match Days and try the pie this football season! As you can see by our rigorous taste testing with Liverpool FC legends John and Neil, choosing Quorn is a delicious swap! Not only are our Quorn pies super tasty, they are a smart sustainable option. By making better food choices, we can all make a real difference to our health and the health of the planet. Everyone’s a winner.”

Quorn’s meat-free steak pies will be available to purchase for £3.50, exclusively at Anfield from Saturday 21st August, for more information click here.