Radio City's Leanne Campbell talks life in lockdown, lovely listeners and the legends that have shone through in Liverpool - The Guide Liverpool
Contact Us Advertise with The Guide Our Video Services Follow us:

Radio City’s Leanne Campbell talks life in lockdown, lovely listeners and the legends that have shone through in Liverpool

She’s been on the radio in the mornings, keeping Liverpool going through lockdown with stories, laughs and quite a few unscripted gaffs.

But Radio City breakfast show presenter Leanne Campbell says it’s the listeners who’ve helped her too, sharing all the same ups and downs over the past few months.

“It’s been like one long conversation between thousands of us, not knowing what tomorrow’s going to bring,” she says.

“We’ve had so many listeners getting in touch and telling us, ‘I keep putting the radio on every morning, I’ve got myself in a routine and if that’s normal I can take on the day’. We had a couple of days off and we were inundated with people asking us to come back, but that’s because we’ve been going through the same things together.

“Our show isn’t so much talking about the news or what’s in the papers, it’s about what’s affecting us and what people are telling us is affecting them. I think that’s what people have loved most about it.” 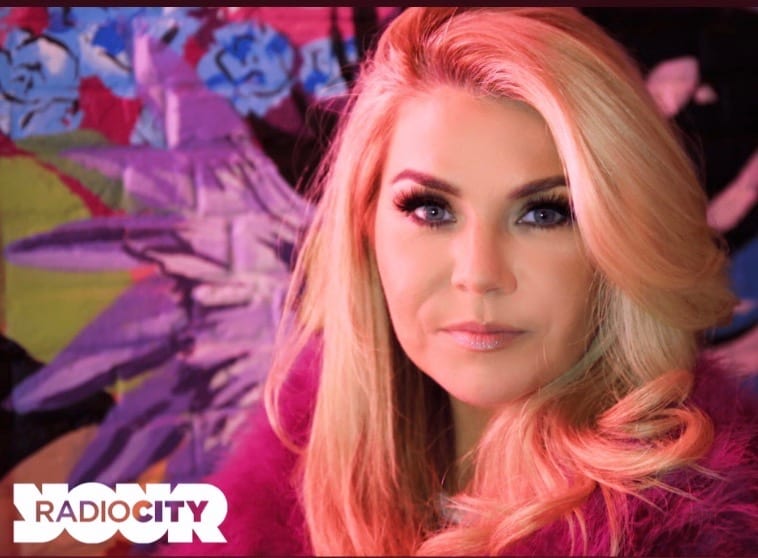 For Leanne, and co-host Scott Hughes, summer has been business nearly as usual – but not quite.

When lockdown came in, they actually launched a brand-new breakfast show, from two different postcodes. Leanne was at home, while Scott stayed in Radio City Tower.

“In the year before we’d started taking our show on tour, to everywhere from coffee shops to bus stops, so we had 12 months of getting used to certain equipment which was so lucky,” she explains. “When we knew we couldn’t have two people in the studio I was first to put my hand up and say, ‘I’ll do it from home’, I jumped at it.”

Leanne set up a temporary studio in her living room, after ruling out the kitchen (too noisy with the family all there) and spare bedroom (not wanting to wake them with 5am starts).

“I spoke to my next door neighbours and said, ‘if I wake you up, let me know. I don’t know what I’ll do about it, but I’ll find another option.’

“But they were lovely and said they couldn’t hear me at all, even though I think the might be fibbing because on Thursdays we try to break a world record live so sometimes I’m bursting balloons and blowing party poppers at 8am! I think they’re probably in bed, cursing me.”

Getting used to the technical side did take some doing, she admits, and although it means she can do the dishes in song breaks, broadcasting from home hasn’t been without a few embarrassing moments.

“I’ll regularly be mid-conversation and I’ll get a pat on the shoulder to tell me we’ve run out of toilet rolls or there’s no Coco Pops left and that becomes part of the show,” she laughs.

“And I did manage to take the whole of Radio City off air once, because we’ve got a puppy and mid-link while I wasn’t looking at him, he bit through one of the main cables. I could hear crackling and I thought one of the leads had come loose, then listeners could just hear me scream and everything just collapsed. 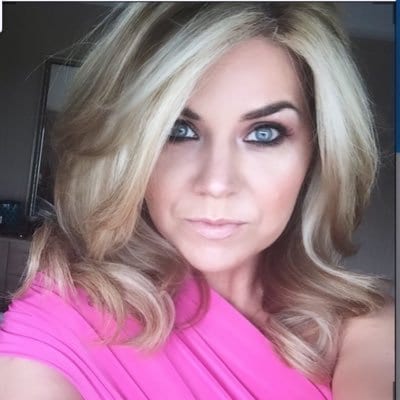 “I was plugging everything in, trying to change wires, I had one person on my phone and one on my laptop on facetime, we just pulled everything together to try and get it back on air.

“But that wasn’t even the worst. Another time, the postman rang the bell while the show was on so the dog went off his rocker. I said ‘sorry, John the postman’s here’ and as I jumped up, because I was still in my pyjamas, I totally Judy Finnegan-ed him!

“My boob fell out, John was at the front window and was mortified, and Scott was watching it all on facetime – thank God it wasn’t one of those moments where we go live on Instagram!”

As a mum of two – son Joseph is 10 and daughter Annabelle turned seven in lockdown – Leanne hasn’t just been working from home, she’s also been sharing schooling with husband Jay.

“At first he’d do the mornings, like a sergeant major, and then I’d do afternoons and we’d do painting and gardening and learning Italian. I think we quickly gathered that the whole structured like-school thing was never going to work in our house, so we loosened the reins a bit and decided to concentrate on keeping them happy and sane, and keeping ourselves sane.”

In fact, she says, the time she’s had with the kids because of home-working has been one of the big bonuses.

“I was multi-tasking myself into next week but the kids were loving it, and I actually got to take them for their first day back at school. Jay was driving and I was doing the show via Bluetooth from the car, stuck in traffic on Queens Drive. 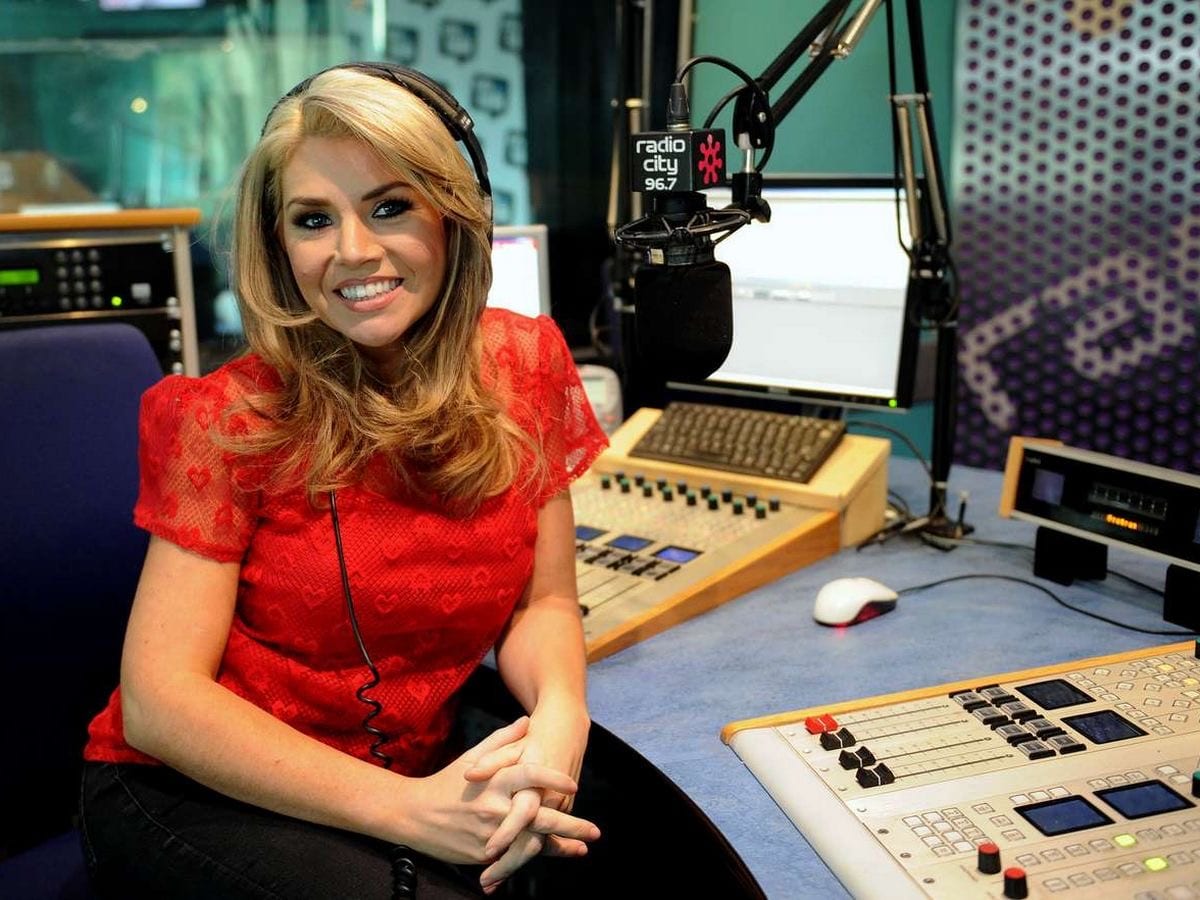 “I’ve loved finding new local businesses too and supporting them – we started getting deliveries from the local fruit and veg shop, the local butcher, and we were getting beer deliveries from this guy who brews it round the corner. There were all these people on the doorstep, doing brilliant things, who we had no idea about before.

“That’s been one of the best things to come out of the past few months, the way people have really stepped up to help each other.

“I think at the start there was a bit of a panic, then when they realised it wasn’t going to be a two-week thing, the mood changed. It became about promoting the neighbours, the girl next door who came out and danced for the kids, the ones leaving food on their neighbour’s step or doing their shopping, or just going above and beyond to cheer other people up.

“I was getting all these amazing videos sent in, so we created Lockdown Legends and every day we’d celebrate somebody doing something.

“If you were ever going to shine a spotlight on everything good that people say about Liverpool, lockdown did it for us.”

Listen to Leanne & Scott every weekday morning on Radio City, 6-10am