Review: "The Royal" at The Royal Court - The Guide Liverpool
Contact Us Advertise with The Guide Our Video Services Follow us:

Review: “The Royal” at The Royal Court 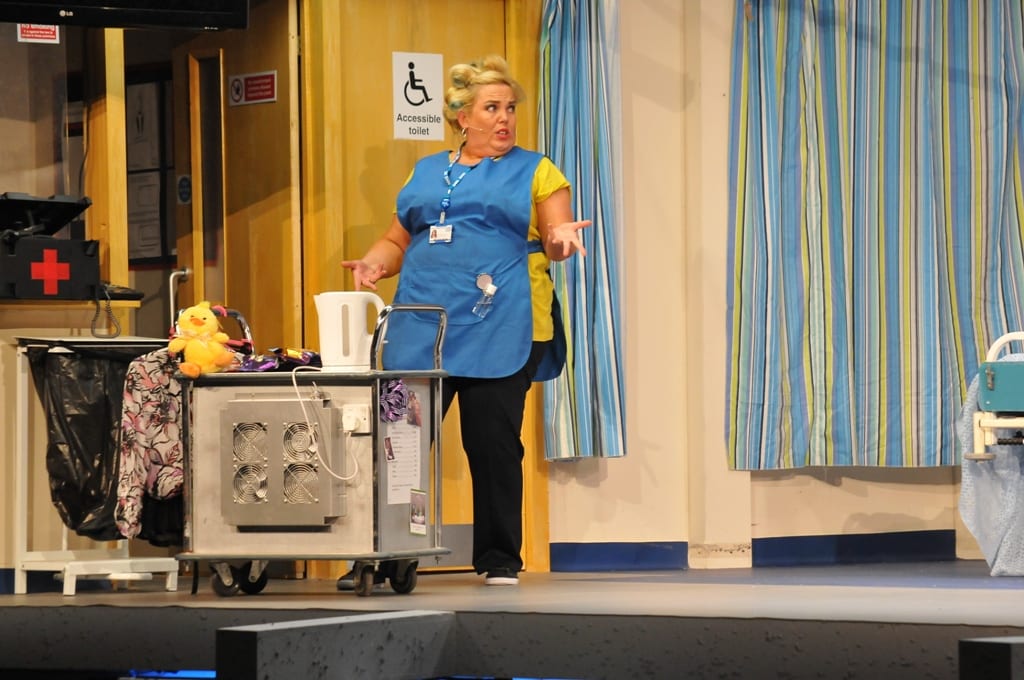 Home › Culture › Review: “The Royal” at The Royal Court

This isn’t the first review I have done for the Royal Court, and I always like to begin by saying how great a theatre it is. In the northwest you won’t find a venue like it, a place where you can eat a meal at your seat moments before watching a great show that is usually aimed towards a local audience. I have seen the best of Liverpool talent in the royal court, and “The Royal” had the stamp of approval! 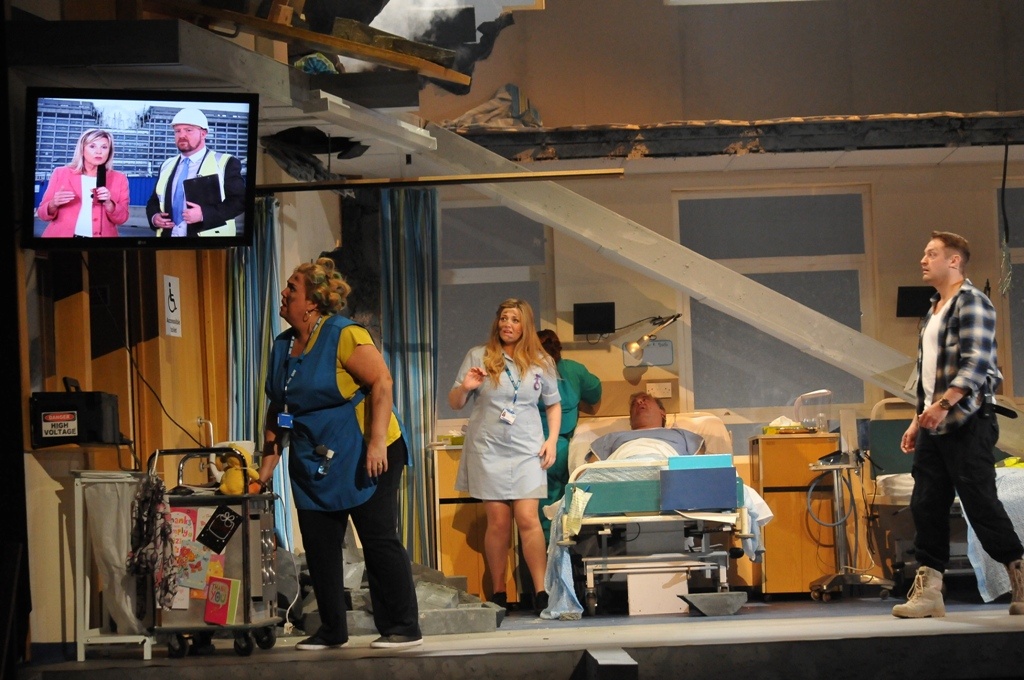 This show is a one off. You won’t see this again. Once it is done it is done. The Royal Hospital will soon be gone and unfortunately, so will this brilliant comedy I feel. This should really make you rush out to buy a ticket! With other great Royal Court plays you can expect to one day see them again, I get a feeling with this one we won’t. The subject is too relevant to this city right now.

The story is set around our very own Royal Liverpool Hospital. As we know in this city, it will soon be getting knocked down and moved. This play takes on a perspective of being there on its last day. The problem is, it is about to be demolished with a handful of staff members and patients still inside. 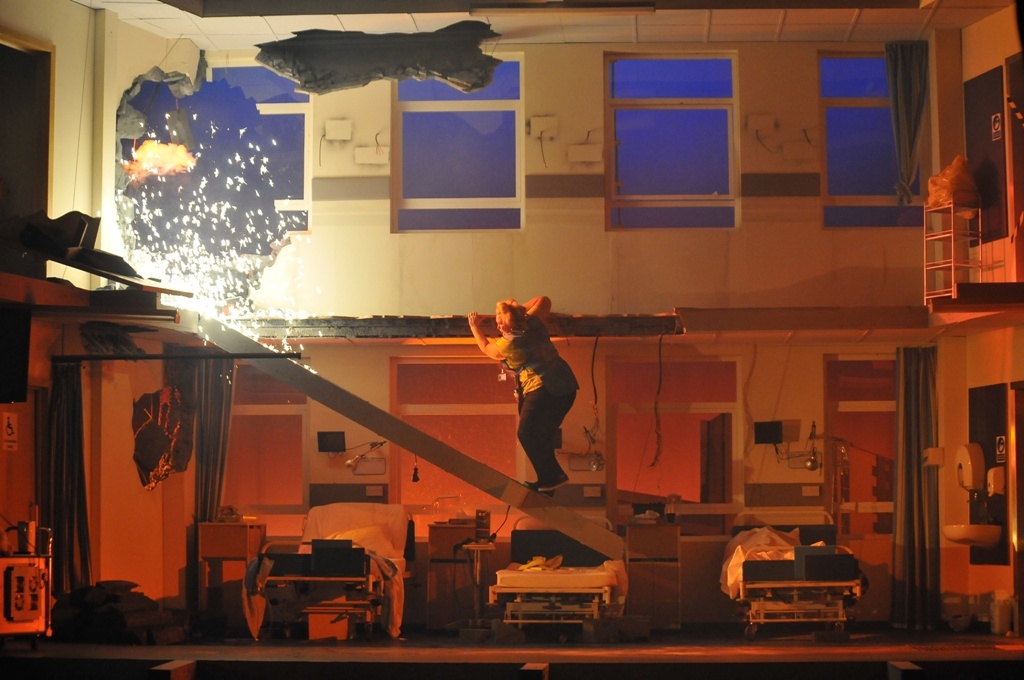 For me, I wasn’t expecting this to be a great show when I arrived. My expectations were low and I didn’t know how to sell it to others when I told them I was going to see it. But when I arrived, and the curtain went up… My expectations were way off the mark! I have seen many plays, shows and pantomimes and I can honestly say – I have never seen a more impressive set than “The Royal.” Credit to Mark Walters who designed it and Ian Scott who lit it up! Not to place a spoiler here, but I thought the set would be static throughout and then all of a sudden, it explodes to life!

The writing deserves all the credit I can give it. Lindzi Germain was so impressive that I should have brought spare underwear myself to cope! Lynn Francis and Angela Simms also have writing credits, they were hilarious throughout and faultless in their performance. 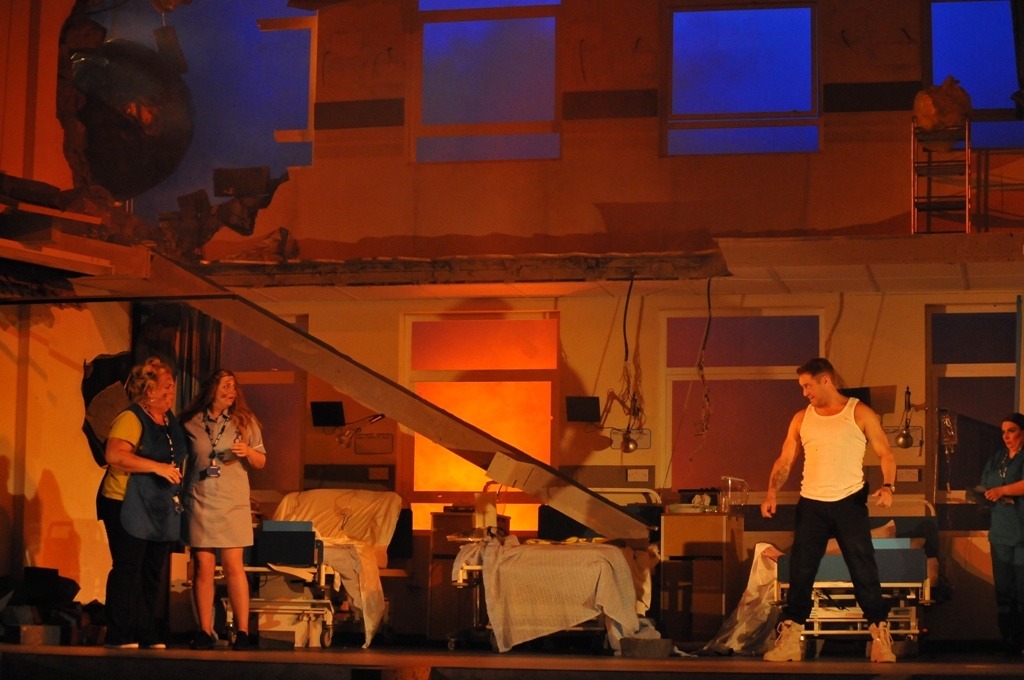 The male performers were also impressive. We know how good Alan Stocks is in our city and as always, he didn’t disappoint. He was hilarious whenever he was on the stage. Danny O’Brien was a fantastic addition to the cast, I have no doubt the Royal Court faithful will love seeing him back on the stage.

There was one person who had a role in “The Royal” who, for me, really demonstrated the strength of the comedy writing on display. Philip Heseltine has no lines in this performance, we are warned of this at the start in hilarious fashion, but what we see is suggestion throughout of implied humour. The ability to almost be used as a prop and still have the room crying with laughter is something that I admired and respected of the writing talent on display, and for that I applaud this comedy. 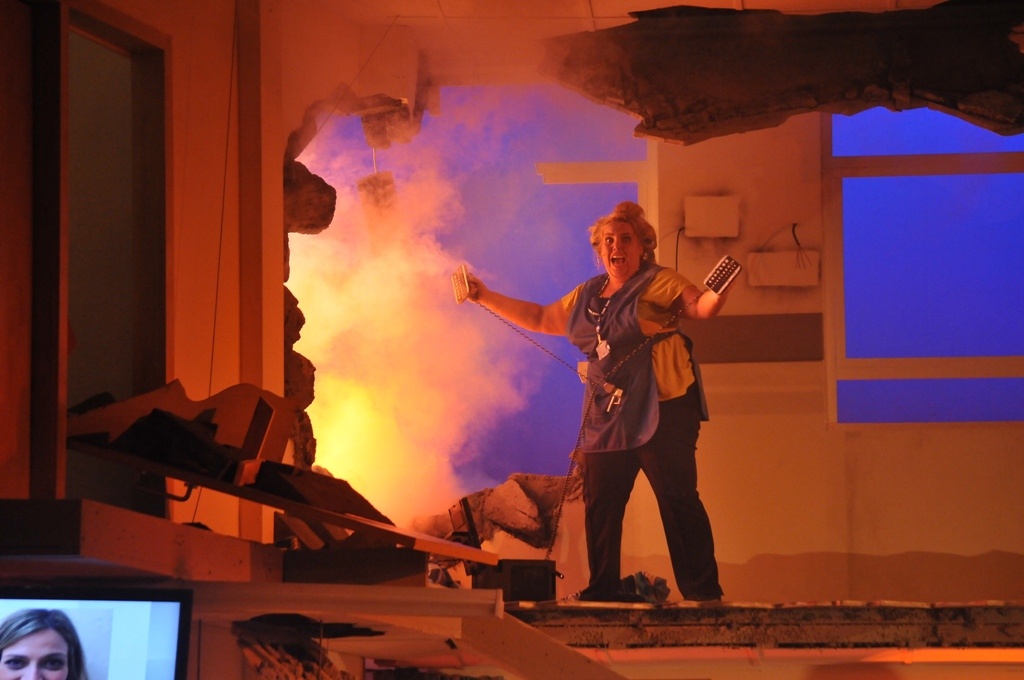 You won’t see a better set and perhaps you won’t ever see a better Royal Court comedy! Get to see it before The Royal is no more… 9/10