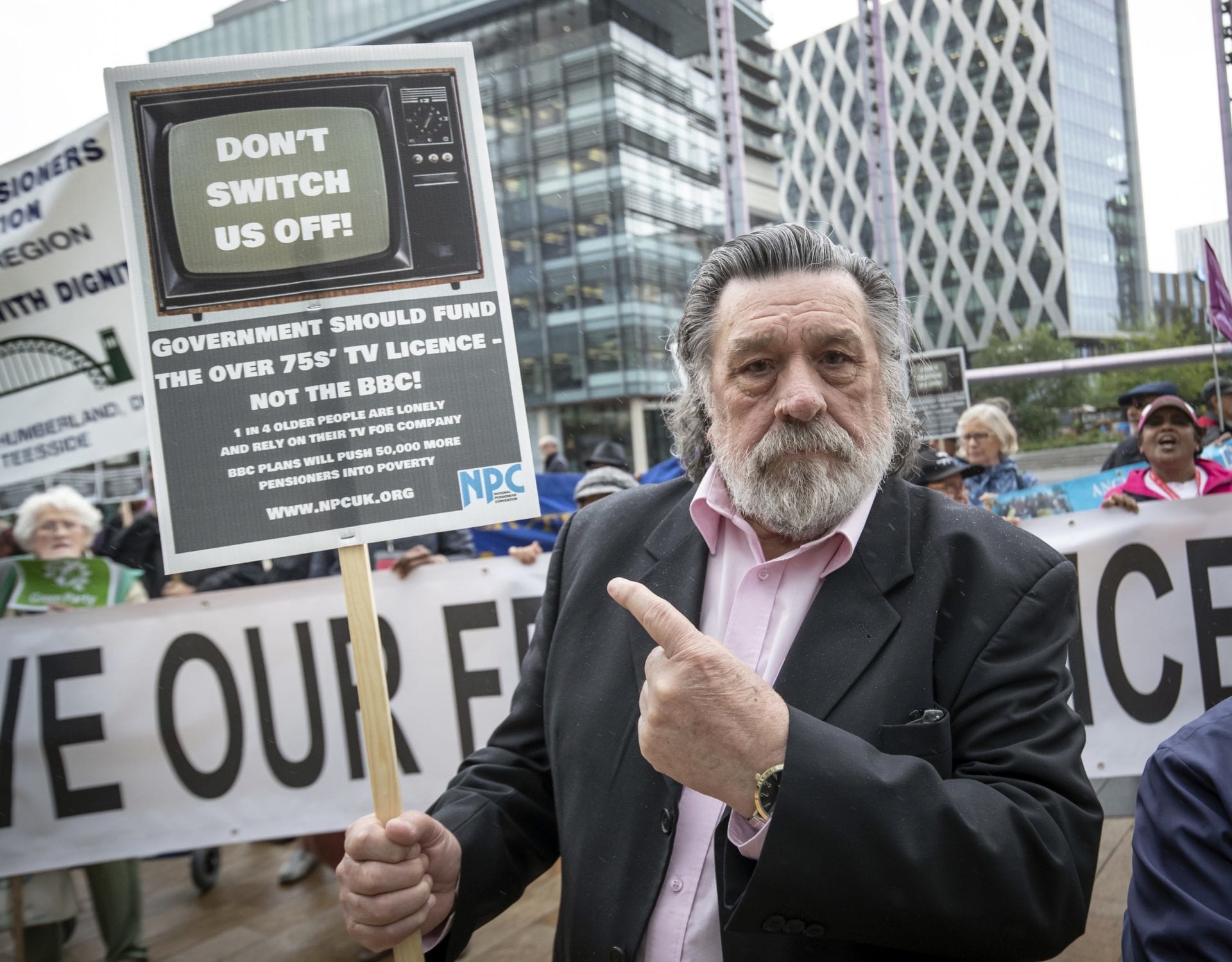 Royle Family star Ricky Tomlinson marched with pensioners on the BBC’s northern headquarters to protest against plans to axe free TV licences for the over-75s.The comedian and actor branded politicians a “blood shower of hypocrites” in a rallying cry to his fellow protesters, telling them of the “subsidised grub” for MPs and the £305 daily.

Royle Family star Ricky Tomlinson marched with pensioners on the BBC’s northern headquarters to protest against plans to axe free TV licences for the over-75s.

The comedian and actor branded politicians a “blood shower of hypocrites” in a rallying cry to his fellow protesters, telling them of the “subsidised grub” for MPs and the £305 daily attendance fee in the House of Lords.

Tomlinson was among around 60 pensioners who held a noisy demonstration at the corporation’s Media City offices at Salford Quays, home of BBC 5 Live and BBC Sport.

The demo had been organised by the National Pensioners Convention (NPC), currently holding their annual meeting in Blackpool, with a coach load of supporters leaving the event to travel to Salford. 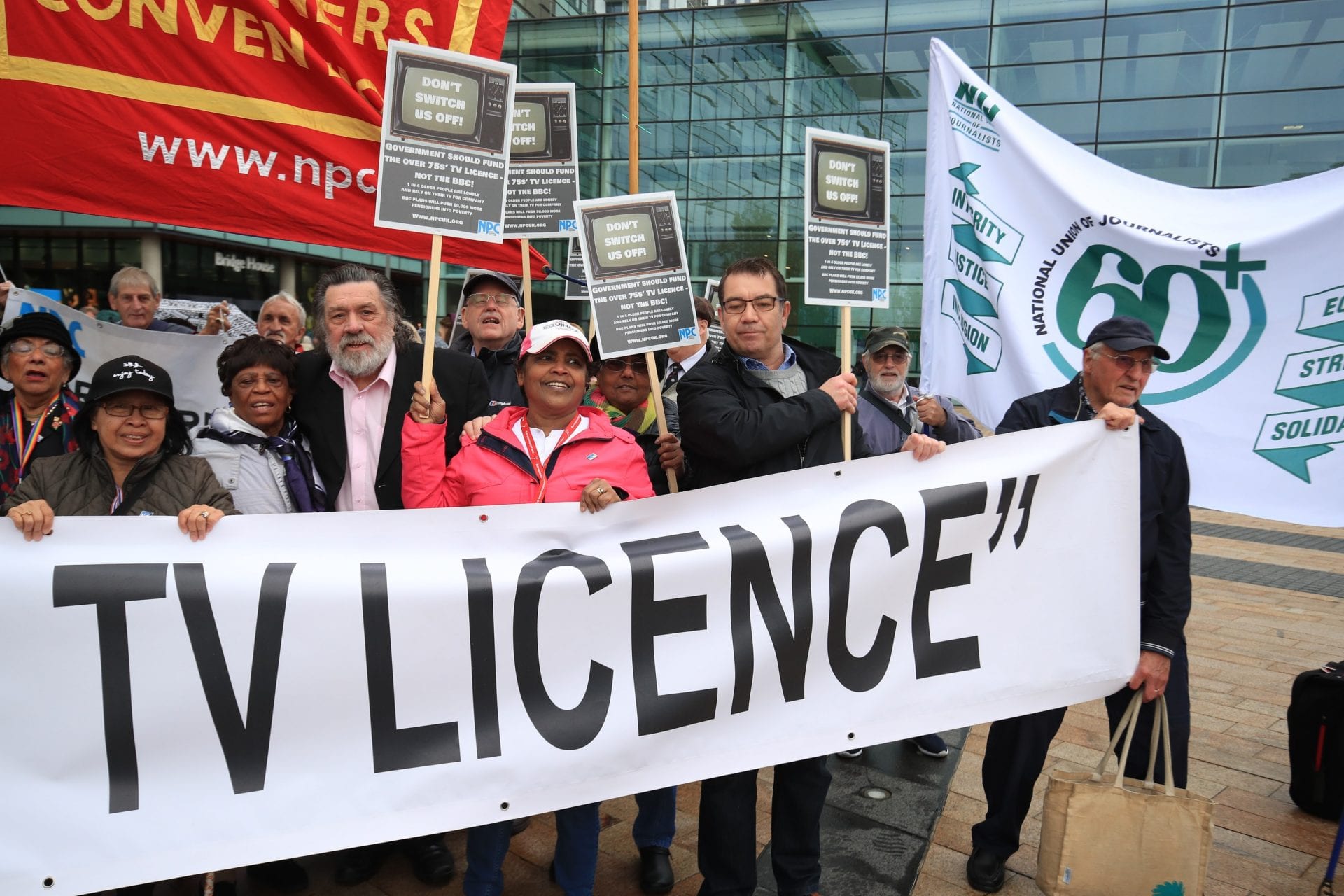 Mr Tomlinson, 79, an ambassador for Age UK, said of elderly people: “One of the biggest things they’ve got to keep them going is the television.

“I think it’s an absolute disgrace. And anyone who votes for that should be ashamed of themselves and quit their job as an MP.

“They’ve got millions and millions of pounds to spend on arms and rockets and things to destroy people, we’re asking them to look after our pensioners and pay the licence for them, which is only £150 a year.

“They have worked all their life. We’ve paid into the system and the little bit you’ve given ’em back you are now taking away.

“I think people in show business will rally to the cause.

“Don’t take it off the pensioners, leave them alone, let them live out their days with a bit of peace and a bit of dignity.”

At present, all over-75s receive a free TV licence, but from next year it will be means-tested and only those households with a member who receives pension credit will be eligible.

The BBC has said the move aims to protect programming while dealing with the extra funding burden sparked by the Government passing the cost of funding free licences onto the BBC as part of an updated charter agreement.

More than three million people aged over 75 will have to pay for their TV licence when the new scheme comes into effect on June 1 2020.

Those found to be ineligible for a free licence will have to pay £154.50 a year for a colour television and £52 a year for a black and white set.

But the move has been roundly condemned with around half a million people so far signing a petition to oppose the move.

Norman Jemison, 76, a vice president of the National Pensioners Convention said the BBC board could resign and refuse to “do the Government’s dirty work”. 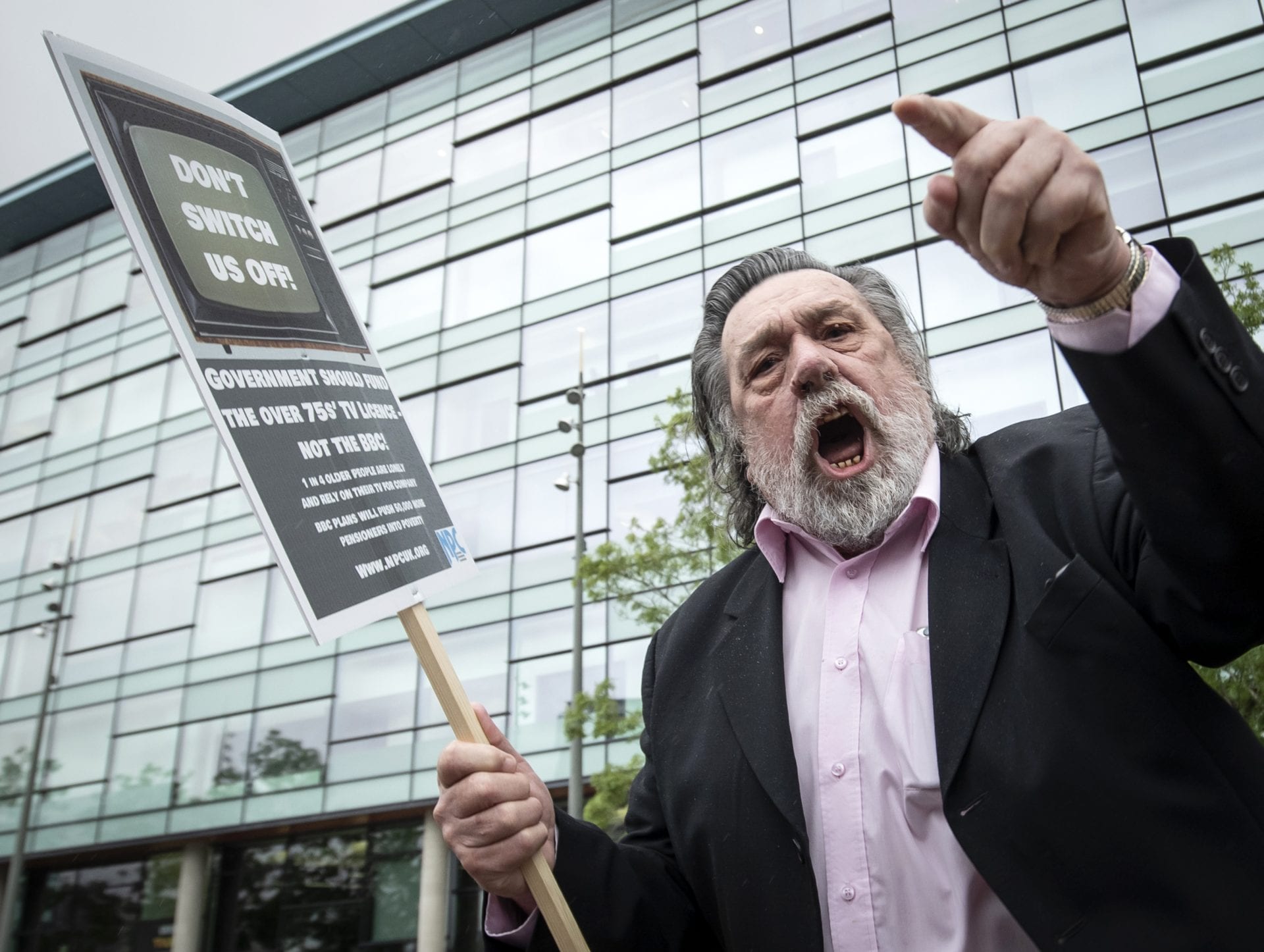 Mr Jemison, from Washington, Tyne and Wear, said: “They should have told the Government they should continue to fund it. It’s a social benefit. It’s not the job of a separate agency to pay for the welfare of the country, that’s a Government job.

“That decision of Parliament, it was the Chancellor of the Exchequer, it was (George) Osborne I think.

“Most of these pensioners who are being deprived, they worked their whole working lives, more than 40 to 50 years a lot of them. They helped create the wealth of this country and it’s absolutely shameful, that governments and people in power want to remove that from them.”

A Government spokesman said: “We’re very disappointed with this decision – we’ve been clear that we want and expect the BBC to continue this concession.

“People across the country value television as a way to stay connected, and we want the BBC to look at further ways to support older people.

“Taxpayers want to see the BBC using its substantial licence fee income in an appropriate way to ensure it delivers for UK audiences, which includes showing restraint on salaries for senior staff.”