Sahir House continues its fight against HIV with a special online vigil for World AIDS Day - The Guide Liverpool
Contact Us Advertise with The Guide Our Video Services Follow us:

It’s World AIDS Day this week and Sahir House in Liverpool is inviting people to join them for a special vigil.

Sahir House is hoping more people than ever will join them to show support for people living with HIV during the virtual vigil on its YouTube channel, starting at 2pm tomorrow, (December 1) for World AIDS Day.

World AIDS Day on December 1 is now a global opportunity to unite in the fight against HIV – something Sahir House has now been doing since it started the charity to offer HIV support, prevention, information and training in Merseyside – to show support for those living with the condition, and to commemorate those who have died because of it.

“We have had to do things differently this year because of the pandemic, but we are hoping that, being online, more people than ever might join us.

“There is still a stigma attached to HIV, and some people still feel unable to be seen publicly at an event relating to an HIV charity.

“But this is an opportunity for people to ‘attend’ virtually. It’s a more intimate occasion, they can sit at home watching it on their computer, and so we would love people to join us.”

Marking the Day has been more ‘challenging’ this year because of COVID-19, but Serena adds: “While the day will be different, we are hoping our events, those leading up to it and on the day itself, have been and will be, respectful and that those who normally attend will find it as significant and memorable as ever.

“That the vigil will do it justice, and be informative.” 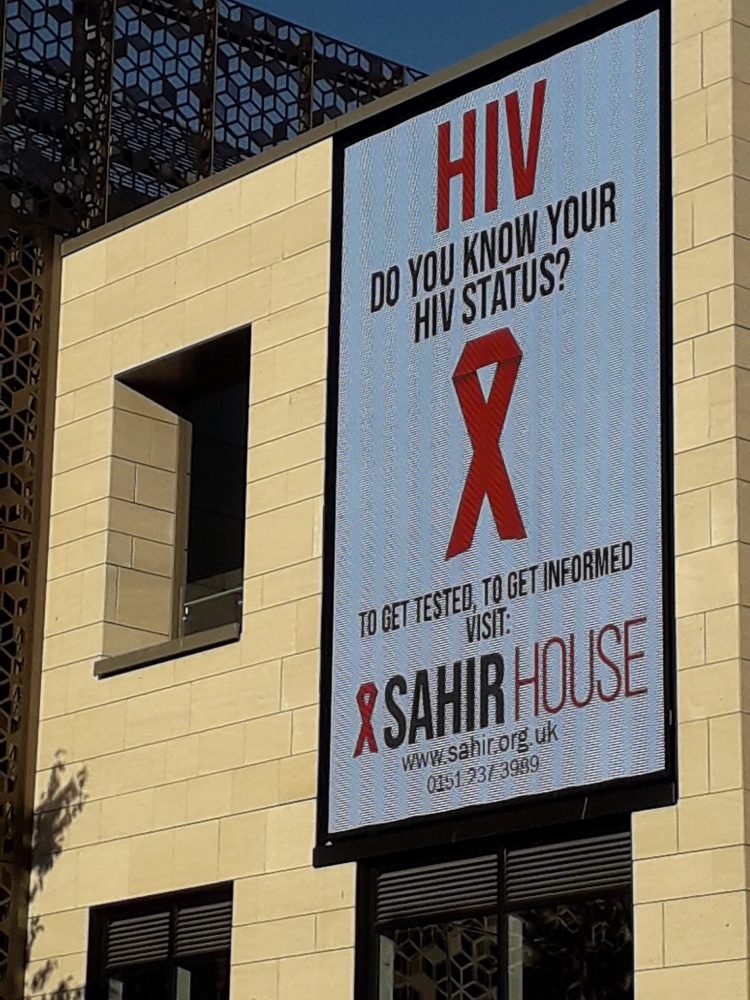 Nikki will be the first of a number of speakers, opening the vigil to talk about her experience of living with HIV for more than 30 years.

She will be joined by consultants Dr Chinenye Ilozue and Dr Fath Alloba from Liverpool University Hospitals NHS Foundation Trust, and there will be messages of support from Sahir House’s partner agencies and groups it facilitates like Trans Health Merseyside, Many Hands One Heart, and Wirral LGBT network.

There will be words of support from Chief Constable Andy Cooke QPM, from Merseyside Police, and a special message will be given by HIV activist Jonathan Blake, who is a friend of Sahir House, and who has campaigned since his diagnosis in 1982 when he became No. 1 HIV patient.

“My number at the Middlesex hospital was L1: London 1. In December of ‘82 I attempted suicide but with my mother’s voice in my head ‘you clear up your own mess don’t leave it to others’ ringing in my ears I couldn’t do it.

“So if I couldn’t kill myself I had better get on and live.” 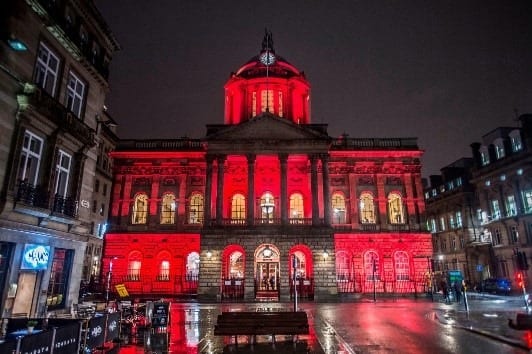 Sahir House will also reveal the winner and runners up of its Let’s Rock The Red Ribbon art competition which it launched with Tate Liverpool, Cass Art and dot-art.

The event finishes with the remembrance list, commemorating all those who have been lost to HIV.

The event will raise continuing awareness of HIV and the need to support those living with it, and it marks 35 years of Sahir House.

Since it was launched Sahir House in Dale Street has changed and expanded the services it offers but, as Serena adds: “We are still going.

“The work we are doing is really important. We are specialists in our field and we are offering more services than ever, it’s the issues that change.

“Nowadays if you test positive for HIV, you start taking medication and that slows the virus right down so it gives the immune system a chance to do its job and stay well.

“Because the virus is slowed down it’s ‘undetectable’ and a person is ‘untransmittable’; that means the virus can’t then be passed on. 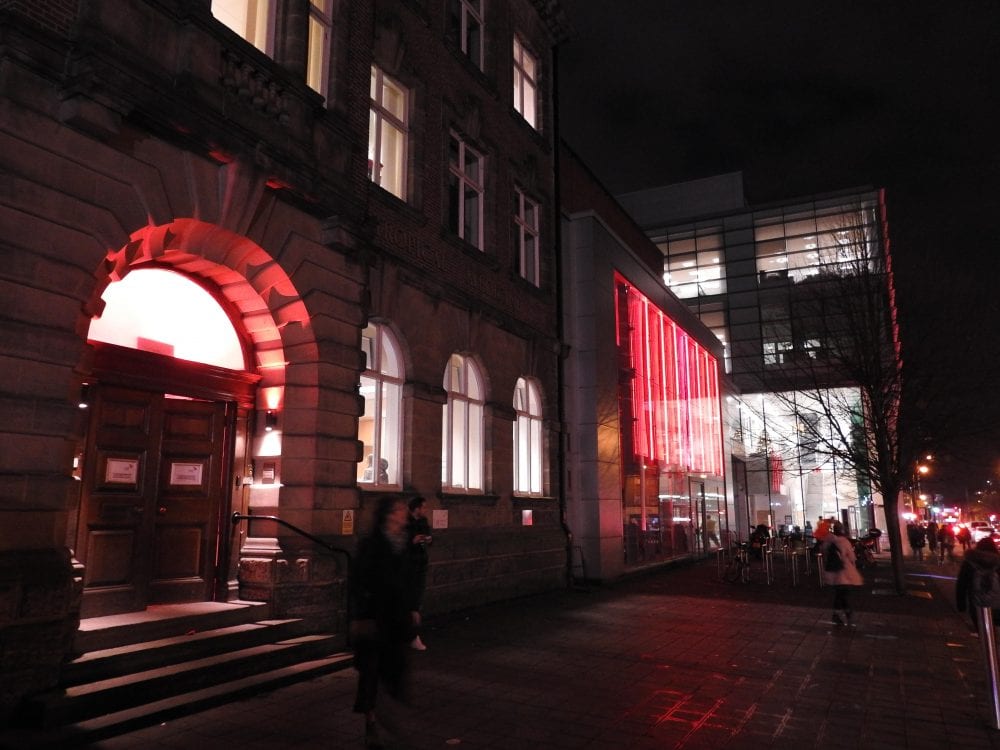 “Our work focuses on the same support, understanding and raising awareness, but we do more training in nursing homes and residential care homes, for instance, and support workers because people are living into old age with HIV.

“We educate people about taking their medication properly and we have extended our help to those with HIV seeking asylum, and used our expertise to establish projects like Trans Health Merseyside, Many Hands One Heart and Wirral LGBT network.”

On World AIDS Day Sahir House will join in looking at local, national and international campaigns championing people living with HIV today, including U = U, which promotes understanding of undetectable meaning untransmittable and Know Your Status, encouraging people to be tested for HIV so they know if they are positive or not.

MORE - FACT is back with a new film season, extended exhibitions and even a local bakery

Working with Public Health, Liverpool signed up to become a fast-track city, reaching certain targets around HIV: that 90% of the population are tested for HIV, 90% of people who are HIV positive be on medication and 90% of those taking medication are undetectable.

“And Liverpool has done a great job,” says Serena, “getting way above that.” 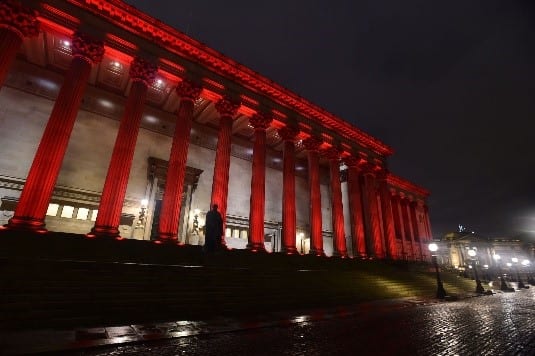 “This year, 2020, has been difficult. We have all had to adapt and change because of the pandemic,” says Serena, “but we have worked hard to get funding to make sure we could continue to communicate with people, that they had access to devices – we still offer services via Zoom and Skype.

“World AIDS Day is as important as ever. Those shows of support, whether it’s lighting up a building or wearing a red ribbon on World AIDS Day, mean a lot. The power of that is incredible, in showing people living with HIV that there is empathy, understanding and support.”

To find out more about the vigil and the services that Sahir House offers, and to know your status, click here or email [email protected].