Sam Quek announced as permanent Morning Live presenter on BBC One - The Guide Liverpool
Contact Us Advertise with The Guide Our Video Services Follow us:

The show is preparing to broadcast from its new home in the heart of Manchester City Centre at ABC Buildings from Monday 21 February (9.15am, BBC One).

The new line-up will present the show daily, in alternating pairings. Kym Marsh will continue to share co-hosting duties with Gethin Jones, while Rav Wilding will also remain a regular face welcoming a variety of guests onto the Morning Live sofa, bringing lively, entertaining and topical discussions to viewers five days a week. 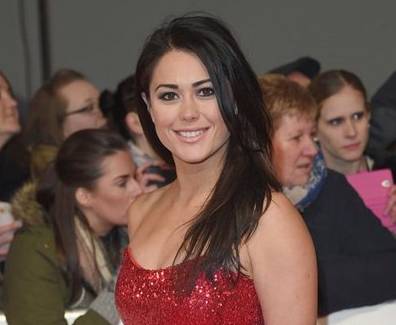 The relocation of Morning Live was announced last year as part of the BBC’s Across the UK plans to ensure the BBC better serves and reflects communities throughout the country. From 21 February, BBC One will become the only major TV channel to broadcast four hours of live TV every week day morning from the North West, with Morning Live following BBC Breakfast.

“I’m excited as we’ll be four female presenters who all hail from the North West. It’s like a northern powerhouse of women on TV every weekday morning! I’m from The Wirral and I’m so pleased that the move means we’ll be able to travel to not only Manchester, but other places like Liverpool and Leeds.

“We’ll be able to bring viewers a feeling for what’s going on around the UK.”

“Telling stories that authentically reflect the concerns and interests of viewers from across the whole of the UK has played a huge part in the incredible success of Morning Live and the move to our new home in Manchester will give us scope to give voice to an even wider range of communities.”

The programme will continue to be a one stop shop for viewers looking for expert advice, health updates and take home tips to save time and money – from some of the BBC’s most trusted presenters.

“I love all the Morning Live girls so, although we won’t be on camera together, I’m hoping we’ll cross paths while I’m up there. Manchester’s a brilliant city and I can’t wait to get started.”

“Mancunians have a real sense of community spirit and that’s what Morning Live’s all about. We want to be like a knowledgeable friend to our viewers – that mate who’s good for a chat and a laugh over a brew but always offers great advice. One of the best things about the relocation for me is that I’ll be able to meet my mum for breakfast after I finish work on the show.”

From next month we will have a new home in Manchester. 😍

Morning Live broadcasts Monday-Friday on BBC One Daytime at 9.15am. Since it launched Morning Live has consistently achieved slot winning figures and averaging 1.2m viewers daily.

Morning Live is produced by Emma Morris (Executive Producer) and Rob Unsworth (Head of The One Show) for BBC Studios. It is commissioned by Carla-Maria Lawson, Head of Daytime and Early Peak and the BBC Commissioning Editor is Rachel Platt.