Saturday Night Fever is coming to Storyhouse in Chester - The Guide Liverpool
Contact Us Advertise with The Guide Our Video Services Follow us:

Saturday Night Fever is coming to Storyhouse in Chester 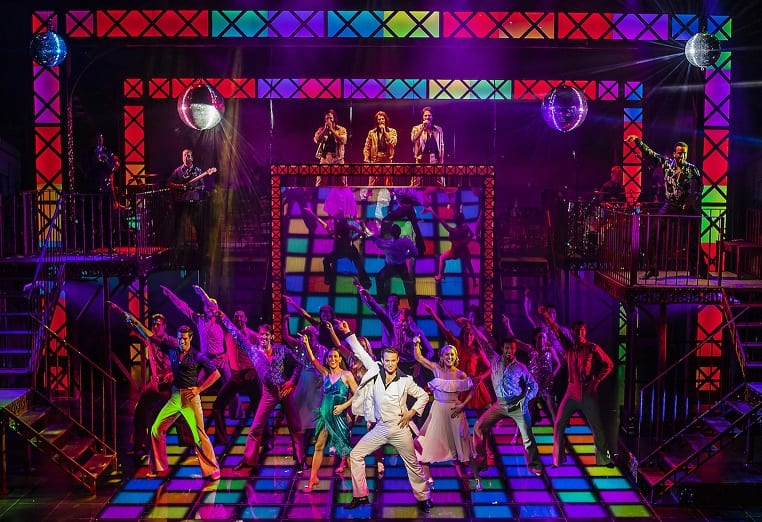 Smash hit stage show Saturday Night Fever is coming to Storyhouse in Chester this coming autumn as part of its new UK tour.

To mark 40 years since the film’s UK release, a reimagined and revitalised new music and dance spectacular from Bill Kenwright opened at London’s New Wimbledon Theatre in summer 2018. It has since been wowing audiences nationwide with its iconic soundtrack and moves.

Saturday Night Fever comes to Storyhouse from Tuesday 10 September to Saturday 14 September 2019 for eight performances only, which includes three matinees. Tickets are on sale now.

Saturday Night Fever tells the story of Tony Manero and his reckless, yet thrilling road to dancing success – a film role made infamous by actor John Travolta and that instantly recognisable white suit, dance moves and music.

The 1977 classic Paramount/RSO movie, with story by Nik Cohn, was an instant hit when it was released in cinemas. The album remains the best-selling movie soundtrack of all time.

The musical features the Bee Gees’ greatest hits including Stayin’ Alive, How Deep Is Your Love, Night Fever, Tragedy and More Than a Woman,as well as 1970’s favourites Boogie Shoes, Disco Inferno.

Alongside as incredible cast, Saturday Night Fever the musical also features a trio portraying the Bee Gees, singing all those disco classics live on stage. Cast will be announced shortly.

It is directed and produced by Bill Kenwright, with choreography by Olivier Award winning Bill Deamer, designs by Gary McCaan, lighting by Nick Richings, and sound by Dan Samson. The stage adaptation is by Robert Stigwood in collaboration with Bill Oakes.

Saturday Night Fever joins a whole host of musicals coming to Storyhouse throughout 2019. During the spring season show highlights include Avenue Q, Ghost – The Musical, Wise Children, Annie, and Joseph and the Amazing Technicolor Dreamcoat, followed in the autumn by Cabaret and Calendar Girls The Musical.

Storyhouse has a dynamic pricing policy on the majority of shows, ensuring the earlier you book your tickets, guarantees the best seats at the lowest price.

The online version of the Storyhouse spring season 2019 brochure can be viewed here.

To book tickets and to find out more head to the Storyhouse website www.storyhouse.com