Scarlet is an 'Alder Hey star' after raising thousands for Christmas toys - The Guide Liverpool
Contact Us Advertise with The Guide Our Video Services Follow us:

Tooth fairies normally leave a £1 under the pillow for each missing molar – but when young schoolgirl Scarlet Winder turned into a real-life version for Alder Hey Children’s Hospital, she left a pile of presents and toys worth £2,750!

Eight-year-old Scarlet, from Netherton, decided to raise money for the mountain of goodies after becoming a day patient at the famous city hospital.

And dad Andrew says: “It was staggering. Scarlet was delighted with how much she had raised – and could buy – and I was so proud of her, not just because of the amount, but because of how caring she is. 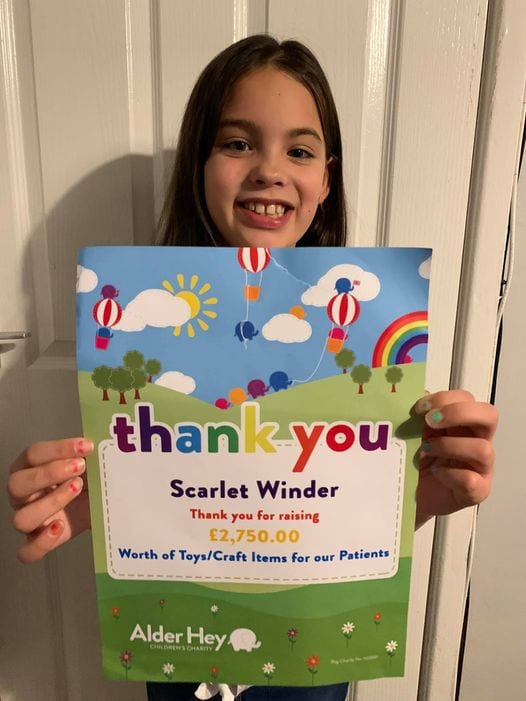 “She just wanted to do something for children in the hospital to ‘distract them from the pain’ and give them something nice. She’s a credit to me and her mum, Sarah.”

Scarlet went into Alder Hey in September to have four baby teeth taken out.

Andrew explains: “Scarlet was born six weeks premature and it can cause problems with the enamel formation so she had to go in hospital to have some milk teeth removed.

“She was scared, and she was obviously in pain and upset when she came round in the recovery room so I went to the hospital shop to buy her an LOL toy and a sticker book to calm her – but Scarlet became  more concerned for all the other children around her.

“There was a little girl who must only have been around three in the bed opposite and she looked so sorry for herself, and Scarlet wanted to know why she didn’t have a sticker book like she did.

“We talked about children who can be in hospital for weeks, if not months and years, and how some children’s parents might not think about buying them books – or might not have the money to do it. And she said she wanted to buy some for them.”

With the help of Andrew, a full-time care worker who has a Sweets and Treats Liverpool Facebook page, Scarlet organised a 12-hour charity livestream with games and raffles involving its 12,500 followers.

She set a target of £500 – but smashed that by more than five times over, using the money raised  to buy crafts, colouring pens, books and toys for Alder Hey, which the hospital says will ‘go towards improving the well-being of children at the hospital as we approach Christmas’. They added: “Scarlet is an Alder Hey star and everyone is eternally grateful for her amazing efforts!”

And Scarlet isn’t the only caring member of the family.

Brother Damon, who’s nine and, like Scarlet, goes to St Benedict’s Catholic Primary School, was so concerned after hearing about children who don’t have enough to eat never mind treats for Christmas, he persuaded his dad to do another livestream with him for a local food bank. 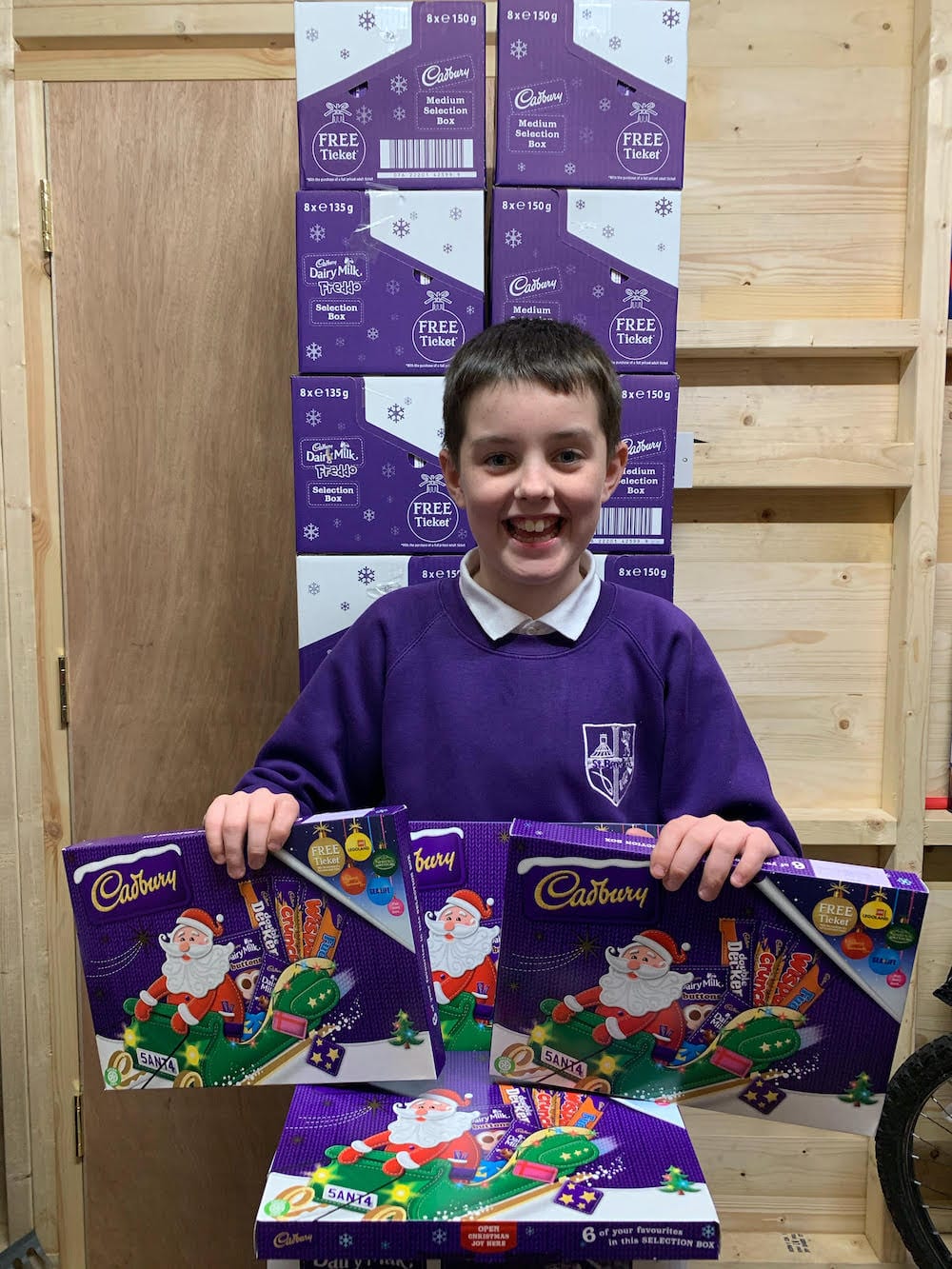 Damon raised £2,000, enough to buy trolleys full of groceries and hundreds of selection boxes for families in Liverpool.

“They are both amazing, caring and so kind-hearted.

“Scarlet has made lots of children very happy during a difficult time and Damon has helped ensure families have food and special treats this Christmas, and we are massively proud of them both.”