Seven sporting statues on Merseyside and the legends who inspired them - The Guide Liverpool
Contact Us Advertise with The Guide Our Video Services Follow us:

Seven sporting statues on Merseyside and the legends who inspired them

Merseyside is home to an array of statues that celebrate the sporting successes of the region throughout the years.

There’s Merseyside managers and players who went from silverware to bronze, the Liverpool man behind the world’s greatest sporting event, and a racehorse unlike any other.

Here are seven sporting statues that commemorate some of sports greatest seasons in our region.

LFC unveiled the bronze sculpture of Bob Paisley at Anfield on 30 January 2020. The work, crafted at Castle Fine Arts in the Baltic Triangle by sculptor Andy Edwards, symbolises the spirit which carries the club through each season, depicting an iconic 1968 image of Paisley during his Physio days, carrying Emlyn Hughes from the field during a 1-1 home draw against Tottenham Hotspur.

2 - The Holy Trinity outside St Luke's Church on Goodison Road 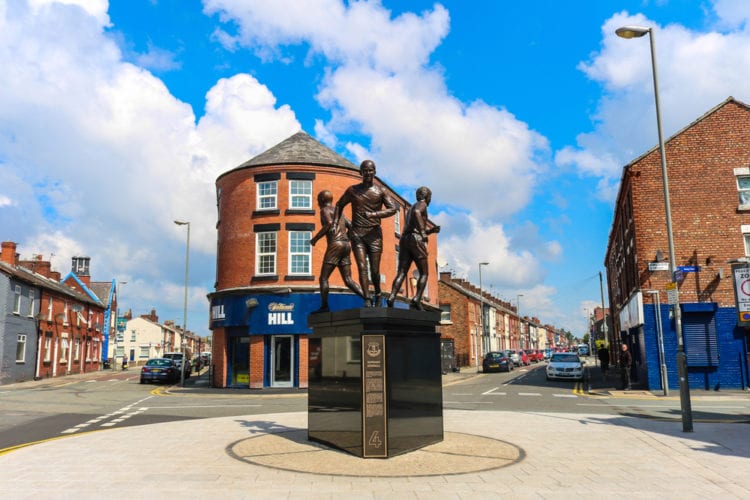 In May 2019, the statue of former EFC players and managers Colin Harvey, Alan Ball and Howard Kendall was unveiled with the trio sharing a triangular plinth with individual plaques detailing their history as three of Everton’s greatest players.

During the 1960s, the three players were regarded as the best midfield trio in England and vital to EFC’s First Division championship win in the 1969-1970 season. 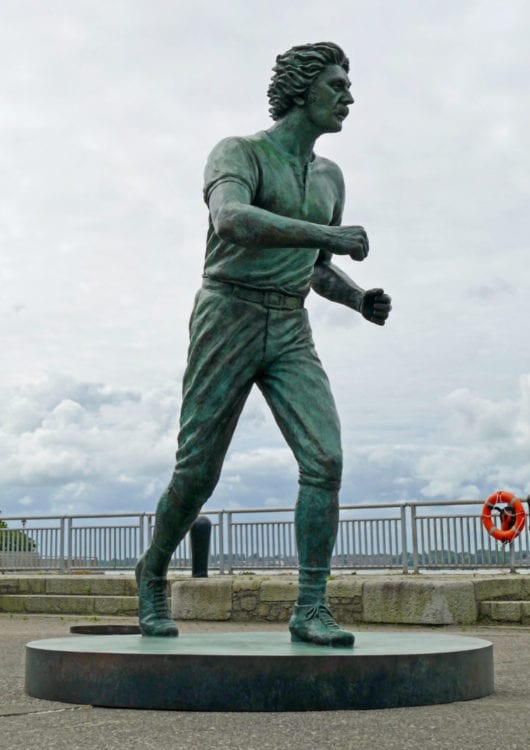 Unveiled by Princess Anne in June 2019 the statue by Tom Murphy recognises John Hulley as one of the founders of the modern International Olympic Games.

The  Grand Olympic Festival Hully organised in Liverpool from 1862-1967 were forerunners of the modern International Olympic games and the programme for the first Olympiad in Athens in 1896 was almost identical to that of the Liverpool Olympics.

MORE - The stories behind these 20 Liverpool City Centre statues 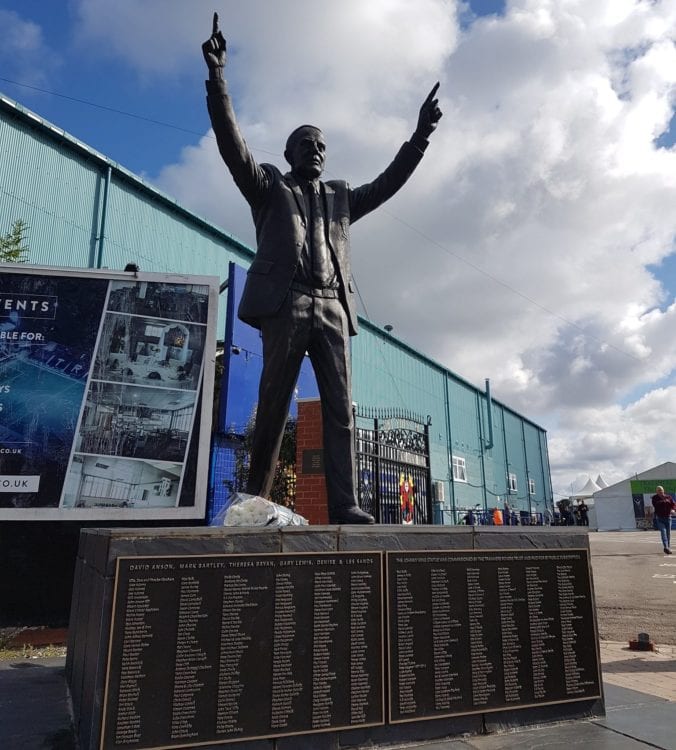 Funded by Tranmere Rovers supporters, the bronze statue of the club’s most successful manager Johnny King was unveiled outside Prenton Park by Mr King on 1 November 2014.

Johnny King took Tranmere Rovers to Wembley five times during two spells at the club and gave the team their highest ever league position. During his playing career in the 1960s Johnny King made 241 appearances for the Wirral club and the former Borough Road stand at Prenton Park was re-named the Johnny King stand in 2002. 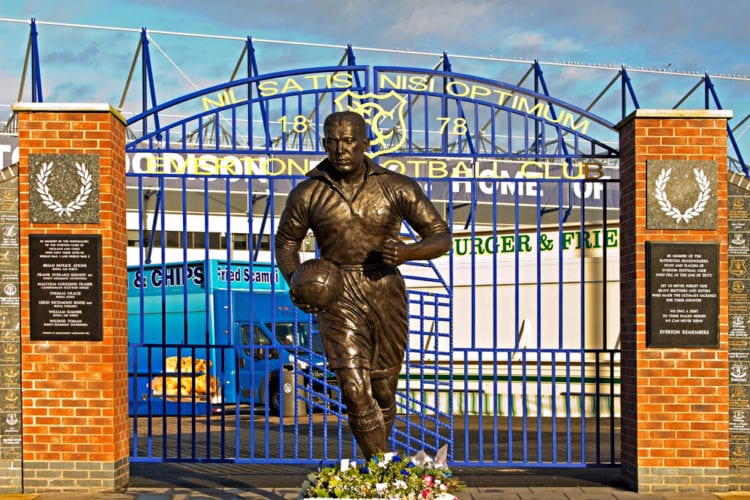 In May 2001, the Dixie Dean statue was unveiled outside Goodison Park inscribed with the words Footballer, Gentleman, Evertonian.

The first Everton player to wear the iconic number 9 shirt, 21-year old Dixie Dean scored a record-breaking 60 goals in 39 games during the 1927-28 season and was the top scorer in the First Division both times Everton were crowned champions. In international games his record averaged better than a goal each game, with 18 goals in 16 appearances and a total of 473 goals in 502 appearances combined for EFC and England. 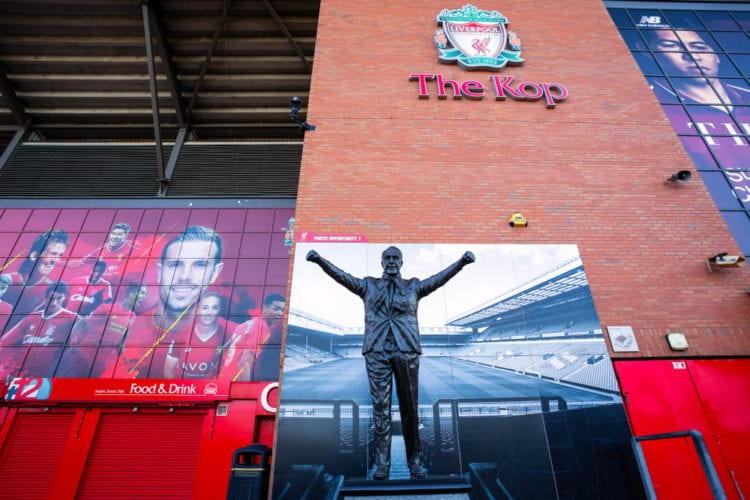 The statue of Bill Shankly by artist Tom Murphy was unveiled on 4 December 1997 with Shankly in a triumphant pose wearing a fan’s scarf around his neck, with a plinth bearing the inscription: Bill Shankly – he made the people happy.

The legendary Scot took charge of the Reds in 1959 and rebuilt the team into a significant force in English and European football. As manager, Shankly secured promotion to the First Division and won three League Championships, two FA Cups, four Charity Shields and the UEFA Cup. 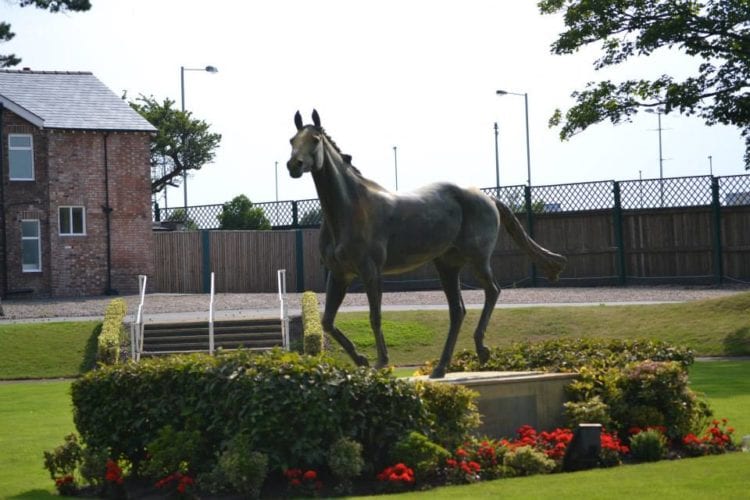 Red Rum has another statue in his hometown of Southport, where he trained on sands and in sea water. His unmatched record captured affection like no other race horse, and when he passed away in 1995 aged 30 it made national news. Buried at the winning post at Aintree Racecourse his epitaph reads: Respect this place, this hallowed ground, a legend here, his rest has found, his feet would fly, our spirits soar, he earned our love for evermore.