The stars were out in force in Liverpool on Saturday night – led by Sir Rod Stewart – in support of a major social mobility initiative called Football For Change.

The charitable movement was launched in May this year by Liverpool star Trent Alexander-Arnold, Wolverhampton Wanderers captain Conor Coady and Sky Sports pundit Jamie Carragher alongside a host of the North West’s top business leaders.

The foundation, sponsored by Swinton Insurance, held its inaugural gala dinner at the Titanic Hotel on November 13 to raise funds for disadvantaged young people who find themselves devoid of opportunities in education and employment.

Westlife star Nicky Byrne played host for the evening against the backdrop of an incredible stage set up, while Pixie Lott and M People’s Heather Small entertained guests in a star-studded room alongside the likes of Everton star Dominic Calvert-Lewin, Celtic devotee Sir Rod Stewart and Reds legend Jamie Carragher – who all took part in an hugely engaging ‘in conversation’ hosted by the comedian Russell Howard.

Sir Rod Stewart treated guests to an acoustic version of ‘Have I Told You Lately’ and serenaded a member of the audience with a rendition of ‘Maggie May’ after she bid £19,000 for a private meeting with him at a show next year. 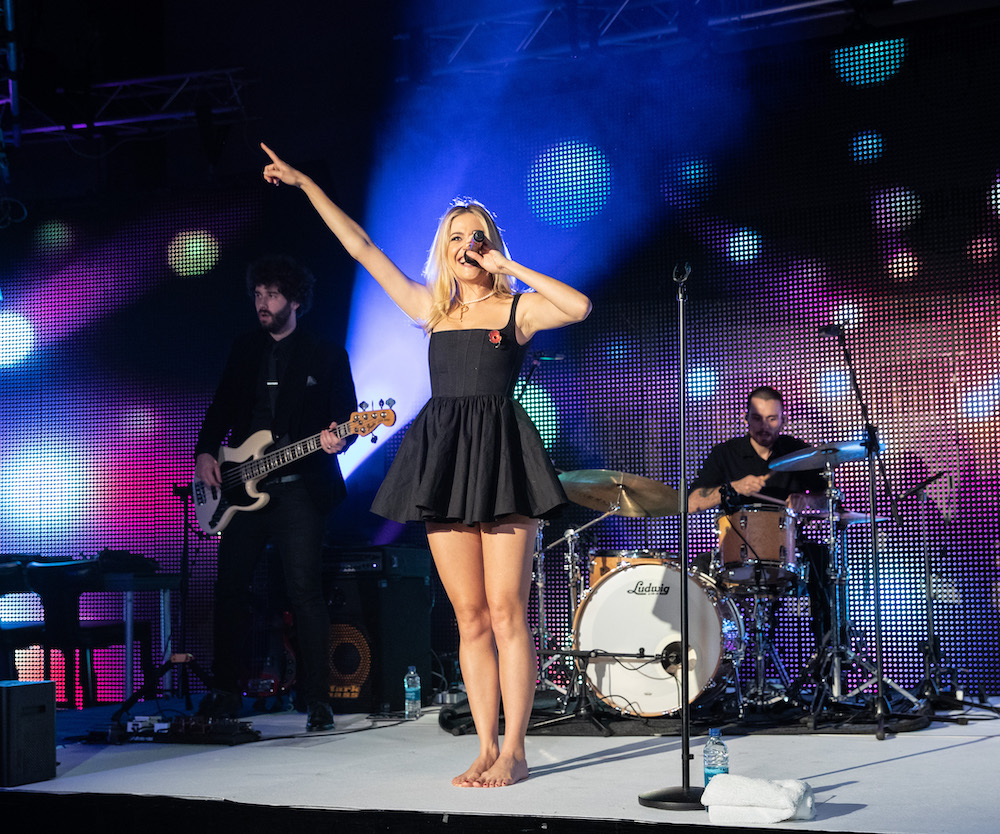 Guests in the room included people such as Carol Vorderman, Jim White, Sammy Lee and Sue Johnson while TV favourite Matt Lucas hosted a poignant video created by The Guide Liverpool with disadvantaged young people from across Merseyside speaking on the film about their hardship as Football For Change gets set to change lives.

As part of glittering evening, which raised over £250,000 to aid community organisations supporting school leavers who are struggling for employment and education opportunities by giving them training and funding chances to continue their academic journey, an auction took place with completely mind-blowing prizes. 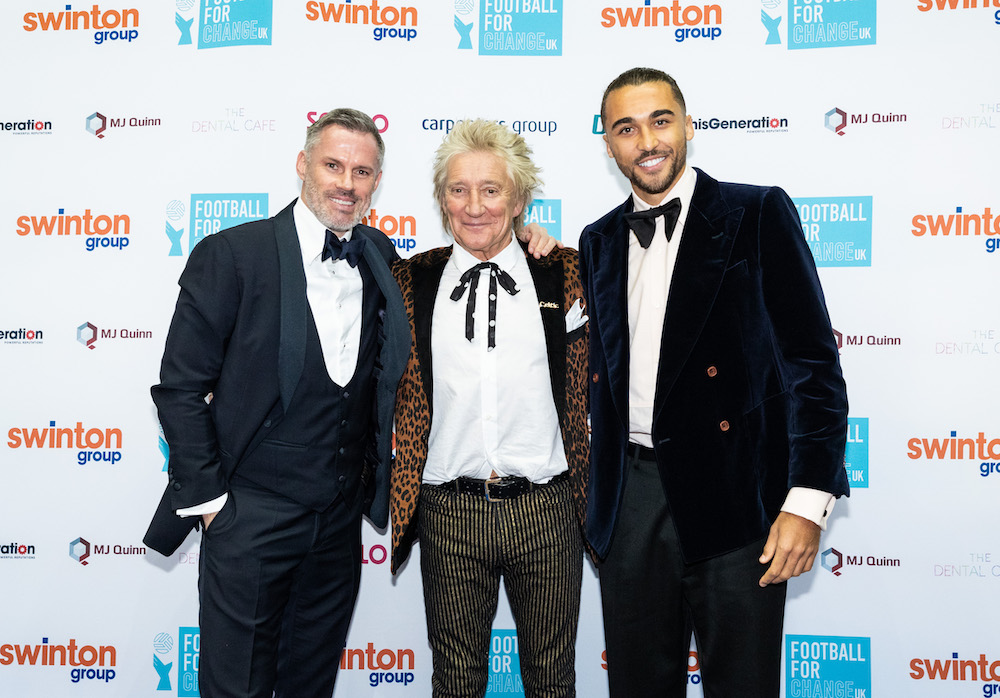 Dua Lipa, Daniel Craig, Conor McGregor and Ed Sheeran were just four of global superstars who came together in support of Football For Change by donating exclusive money-can’t-buy items to the auction in order to raise funds.

Icons such as Noel Gallagher and Paul Weller plus Robbie Williams, Westlife and Ronnie O’Sullivan also donated some incredible prizes alongside Carragher, Alexander-Arnold, Lucas Moura, Fabinho, Carragher and Robbie Fowler – all of whom are involved in the charitable initiative alongside a number of other football stars and business leaders.

“This has been a truly remakrankle evening involving some of the biggest names in sports and show business and we’ve raised a serious amount of money to help change the lives of young people affected by social and economic disadvantage.”

“I am massively proud of what we achieved at the first Football For Change gala. Bringing Sir Rod Stewart to Liverpool to support this initiative has been mindblowing. It is something we’ve kept under wraps for a very long time and only told Jamie the other players at the very last minute! The reaction in the room was fantastic.

Pixie Lott, Westlife’s Nicky Byrne, Russell Howard, Heather Small, Dominic Calvert-Lewin and of course Jamie Carragher played a huge part in making the night a success. The support from people like Matt Lucas and Carol Voderman has been great too. Trent, who is away on England duty, did a lot to make his event happen in his home city too. Everyone involved could not be more proud.”