Sound City announce full lineup for its return to Liverpool City Centre in May - The Guide Liverpool
Contact Us Advertise with The Guide Our Video Services Follow us:

Sound City is making its hugely anticipated return to the city’s centre, kick-starting the UK’s 2018 festival season into life on Saturday 5th and Sunday 6th May.

The festival is very much going back to its roots for its 11th year in a vibrant celebration of music and arts from around the world and much closer to home. Sound City will embrace the spirit of the underground and seek out the next generation of talent whilst showcasing some of the very best bands and performers of their era, set across the many intimate venues and electric spaces of Liverpool’s historic Baltic Triangle. 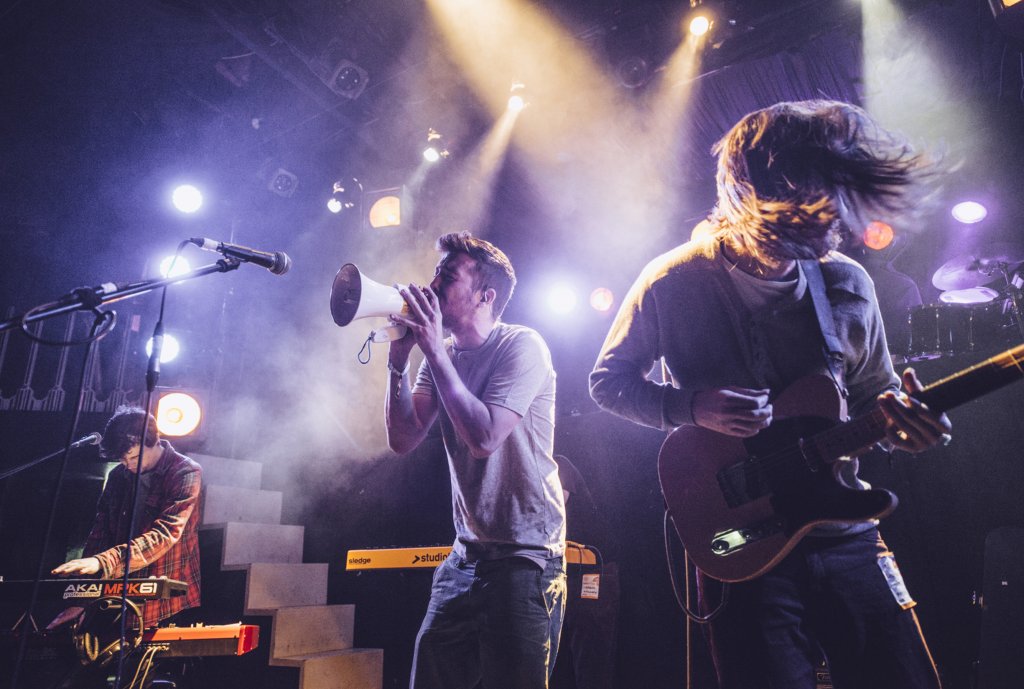 During this odyssey of discovery across the weekend, over 250 of the most hotly-tipped new bands and headliners will perform to thrilling effect, taking in wild shows, raucous label parties and special global guests on the festival’s pulsating international stages. And for the first time Sound City will introduce the new wave of grime and urban stars too, mixing it up in an eclectic range of sounds and styles which includes electronica, indie, psych, rock, pop and much more. 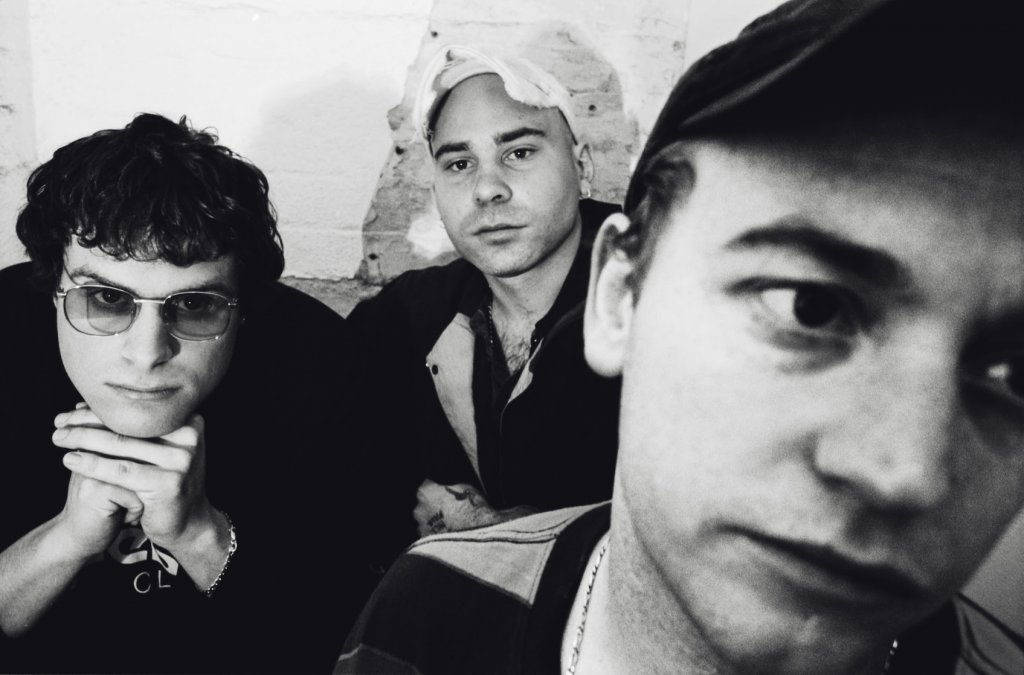 Sound City is incredibly proud to now reveal the headline day splits and 100 of the artists joining them this spring. Saturday’s headliners include an abundance of sublime talent capturing some of the very best music around. With the spirit of Oasis running through their bones, the DMA’s have reinvented Britpop uniquely filtered through their Aussie origins, whilst guitar-electro poppers Slow Readers Club segue from their insanely catchy upbeat indie to angry, introspective downbeat ballads.Childhood friends Picture This are regularly compared to Kodaline, The Coronas and Ed Sheeran, whilst arch social commentators Idles chronicle the decline of the country and skewer the mainstream. Baltimore duo Wye Oak bring their distinctive brand of indie rock to the festival, and Black Honey offer their distinctive psych-rock. 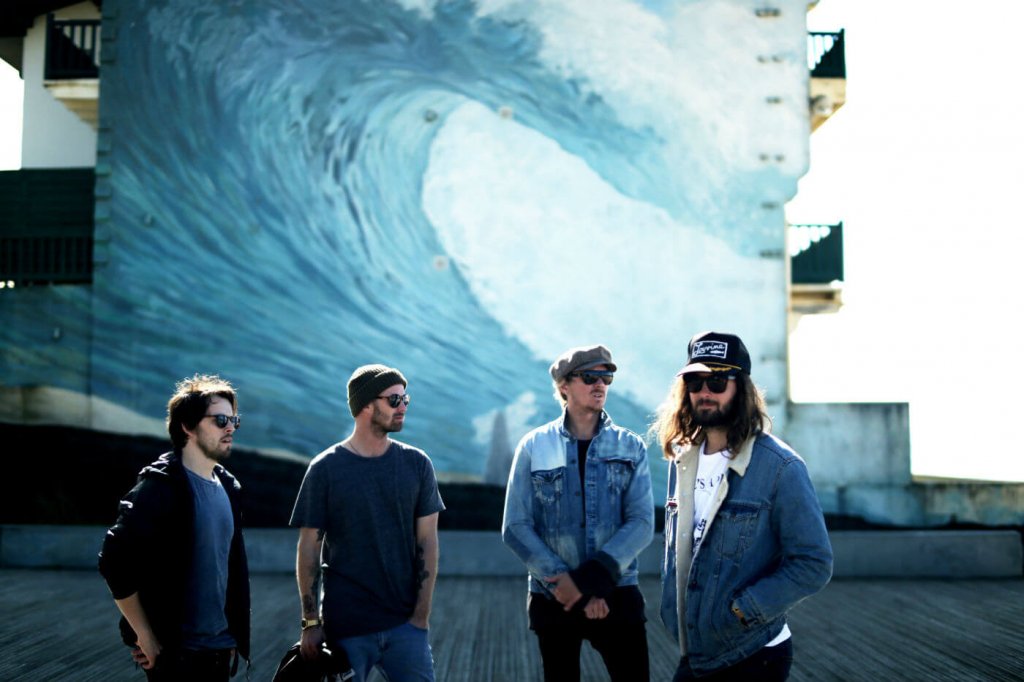 Over to the Sunday, and Sound City provides more scintillating talent to savour. Alt-psych rockers Peace have been compared to The Maccabees and Vampire Weekend, whilst surf-loving Sunset Sons channel the pop-Americana of Tom Petty, the rock heft of Kings of Leon and dreamy beach alt-rock. Yellow Days’ inspired chronicling of youth and lust has garnered them great acclaim, whilst Baxter Duryweaves sparse but eclectically funny and touching lyrics through his music – his recent Prince of Tears album garnered glowing reviews. There’s energetic indie pop from Jaws, and Dermot Kennedy captures the tender streaks of love and heartbreak, bliss and sorrow and life and death in his esteemed music. 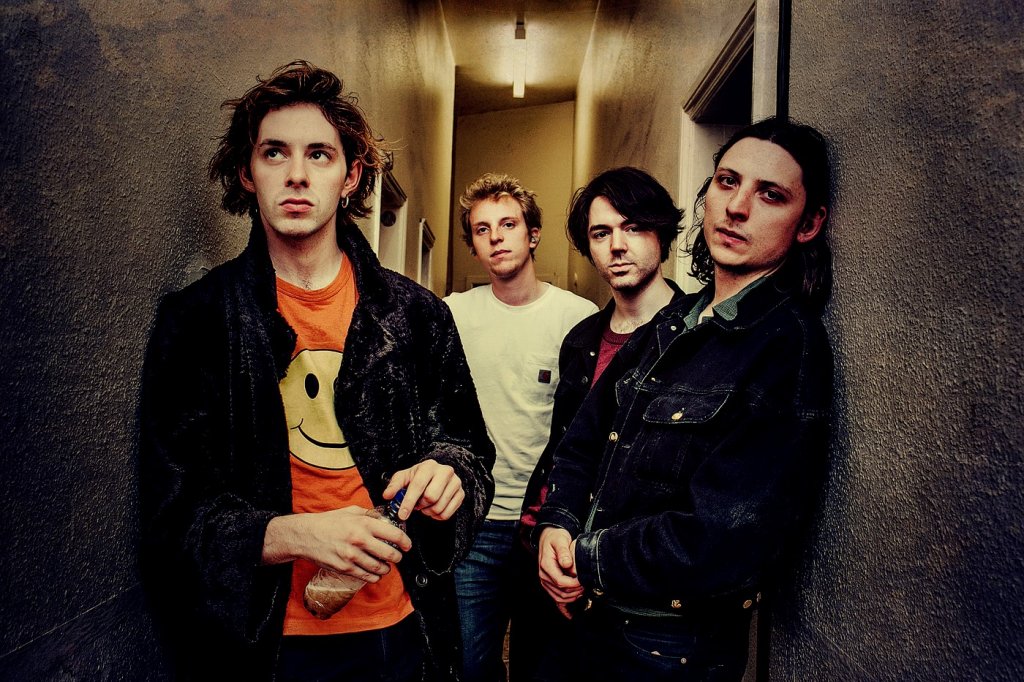 Further brilliant artists across the weekend include Jade Bird, The Blinders, Gaffa Tape Sandy, Sorry, Sam Fender, Billie Marten, Matt Maltese, Saint Phnx and Stereohoney. On the brand new urban and grime side of Sound City, the celebrated rapper and Manga author Shaodow was both the Hardest Working Artist Award Winner in the AIM Independent Music Awards 2017 and Music Artist Of The Year Award Winner in the AME Awards 2017. There’s also essential grime artist Vitaltouching down, and Liverpool’s Lab TV present local rap duo Beyond Average and Juke, with more to be revealed soon. 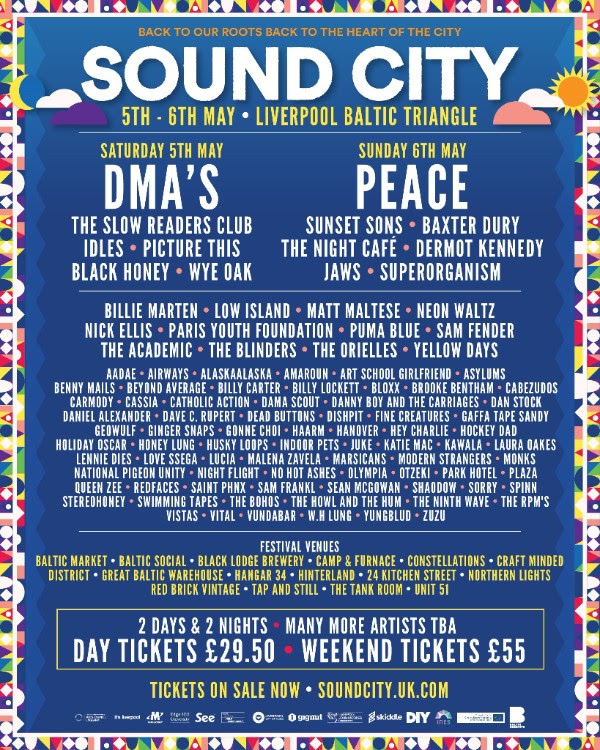 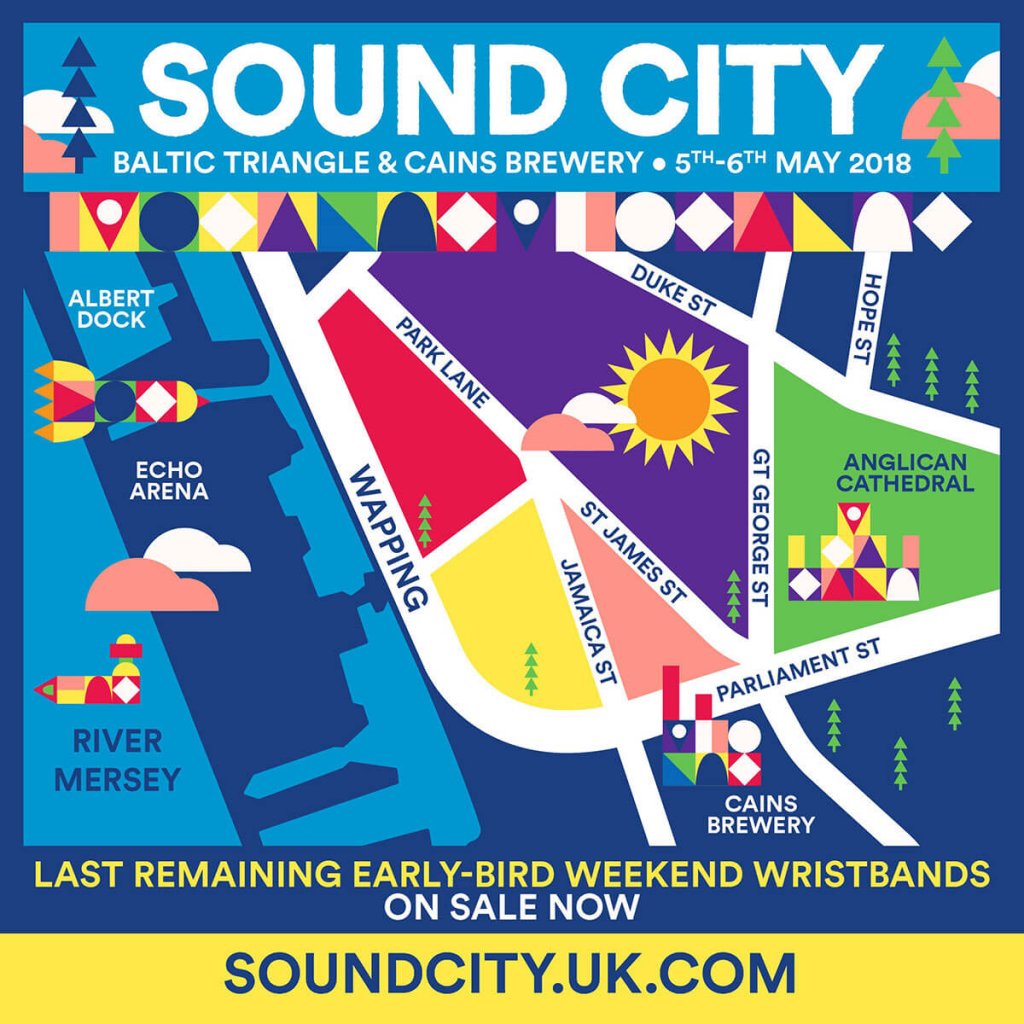 For more info head to the website where you can book your tickets now www.soundcity.com