Speedo Mick has joined the cast of the Everton-inspired play The Grand Old Lady - The Guide Liverpool
Contact Us Advertise with The Guide Our Video Services Follow us:

Written by Kenny O’Connell and directed by Carl Cockram, the latest production of The Grand Old Lady will also visit Wirral – home of Everton legend Dixie Dean – for the first time.

The Grand Old Lady will immerse the audience in the extraordinary history of Everton Football Club, its Goodison Park home and some of the region’s most famous football and non-footballing characters, including Dixie Dean.

MORE - Echo & The Bunnymen to support The Rolling Stones at Anfield

The story begins to unfold when two Evertonians barricade themselves inside the famous Everton Lock-Up (the ‘tower’ that features on the Club’s crest), hoping to find the lost gold of ‘Prince Rupert’.

Inside the Tower, they stumble across a secret tunnel and unwittingly release the ghosts of Everton’s past… Dixie Dean, Molly Bushell, Prince Rupert, Maggie Magee and Bessie Braddock. 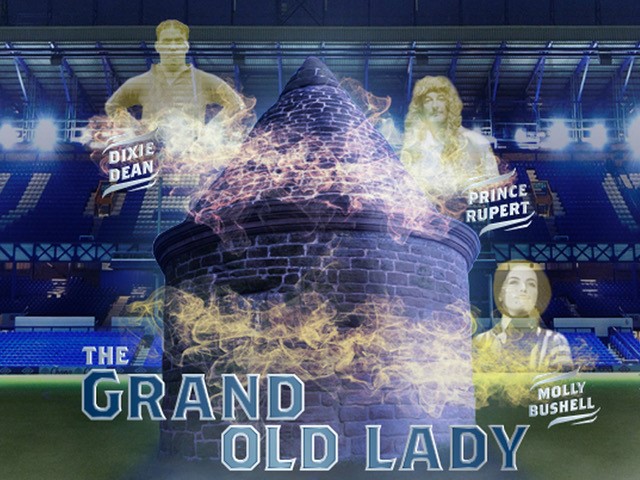 Each spirit will take the audience on a historical journey where they discover the true meaning of being an Evertonian and the rich history that lies inside the heart of Everton’s badge.

Michael ‘Speedo Mick’ Cullen, whose charity walks, wearing just his Speedos, have gained international attention, will join the fans’ chorus who sing at key points throughout the play. Also in the cast is Jake Abraham.

It’s not the first time that Mick has treaded the boards – in 2017 he appeared in Alan Ball tribute play Ball of Fire, written by O’Connell and featuring poetry by Bobby Parry. Mick played Everton supporter Eddie Kavanagh, who ran across the pitch at Wembley when Everton scored against Sheffield Wednesday in the 1966 FA Cup Final.

“Those who have seen The Grand Old Lady before can enjoy it in a new way, as we welcome Speedo Mick to the cast. Everton fans know Mick is a real character, so he will bring a new dimension to the play – and he’s got a good voice too!”

“It is also a privilege to be able to bring the play to Wirral’s Gladstone Theatre for the first time, and to celebrate Birkenhead’s own Dixie Dean, who played such a significant part in Everton’s history. We hope that Wirral audiences will enjoy seeing the story of this legend brought to life on stage, telling his fascinating story.”

The song ‘The Grand Old Lady’ has also been realised on iTunes and Spotify to help support the show.