Speedo Mick on the highs of his epic charity walk and the lows of lockdown - The Guide Liverpool
Contact Us Advertise with The Guide Our Video Services Follow us:

For Speedo Mick, 2020 has been a year of extreme highs and lows.

Back in February, he was crossing the finishing line of an epic 1000-mile charity walk to a hero’s welcome, with £500,000 raised and what seemed like the whole of Britain cheering him on.

But once lockdown hit just a few weeks later, all the excitement suddenly came crashing down and everything he’d hoped and planned to do ground to a halt.

“It’s been the craziest year for me,” he reflects. “We went on the walk and it just felt like it was lifting everyone’s spirits, it was such a fantastic experience, then I had the totally contrast.

“I love to be out there doing my fundraising, I’ve been doing it in my knickers for about 7 years now and it gives me my self-esteem and my self-worth. It gives me the opportunity to give back to the community too. When we went into lockdown, all that got taken away from me and that affected me a lot mentally, because it was such a drop from where I was.

“I know there’s been a lot worse happening to people but I will admit I’ve been struggling with my mental health during lockdown. I think it’s important to say these things because you can hide a lot behind a smile but you have to accept when you need help and get it. That’s what I’ve been doing.” 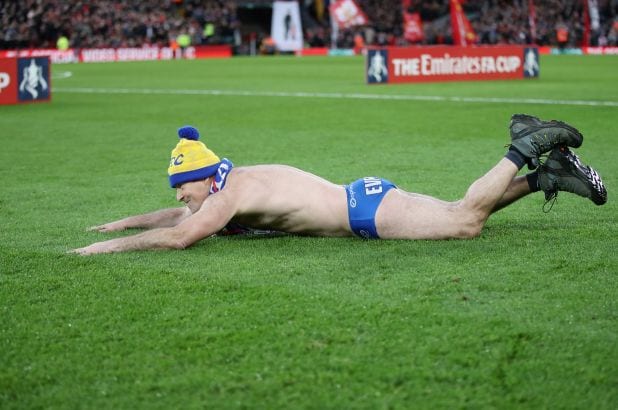 Speedo Mick – aka Scouse lighting engineer Mick Cullen – was one of the big highlights of 2020 in the pre-Covid days.

He set himself a challenge to walk 1,000 miles from John O’Groats to Land’s End, starting with a fund-raising target of £50,000 to go towards his own charity, helping to support community projects and create opportunities for disadvantaged young people.

But as he pounded the pavements, from December last year to February this year, often in freezing temperatures and even snow, Mick’s walk gathered incredible momentum across the country.

MORE - 28 pandemic superstars who have supported Liverpool during 2020

Looking back he realises how lucky the timing was, that at least he made it to the finishing line at the tip of Cornwall before any restrictions could stop him.

“At the beginning I don’t think anybody understood how serious it was, and how much it was going to affect us all, so honestly if coronavirus had happened earlier I think I’d have just tried to carry on,” Mick says. “The authorities might have stepped in and said ‘you can’t do this’ and I’d have still been baffled by it and upset that they were stopping me, not understanding the consequences of me carrying on.

“There were so many thousands of people following what I was doing by the end, I think they’d have been disappointed too – the encouragement and the support I got was just phenomenal. 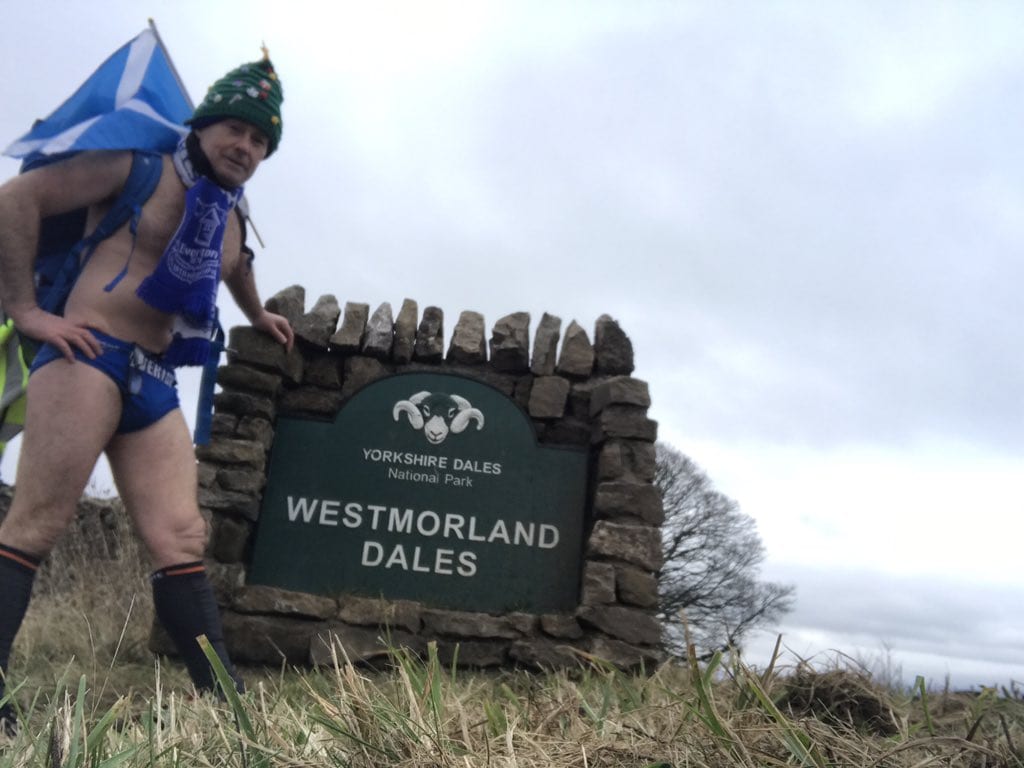 “I really believe that was what got me through. I really wasn’t prepared and it was a lot harder than I thought it was going to be, so without that encouragement to carry on I honestly don’t think I’d have made it.”

There were plenty of memorable incidents on the walk, he says, mostly thanks to the kindness of people who he met along the route.

“People were taking me into their houses, walking with me even when it was so cold and throwing coats over me to try and keep me warm. I kept saying ‘no that’s cheating’ but I had old ladies going ‘put that on now’, bringing me into their homes, giving me hot drinks and sitting me by the fire.

“Somebody actually gave me a hot bath. I was in Scotland on that day and it was absolutely freezing, I just wanted to cry the whole day.

“When they said to me ‘why don’t you get a hot bath?’ at first I said no because I wanted to carry on and get to where I needed to be, but honestly that bath was the best I’ve ever had in my life! They put so much bubble bath in it, you couldn’t see me, and it was just beautiful.” 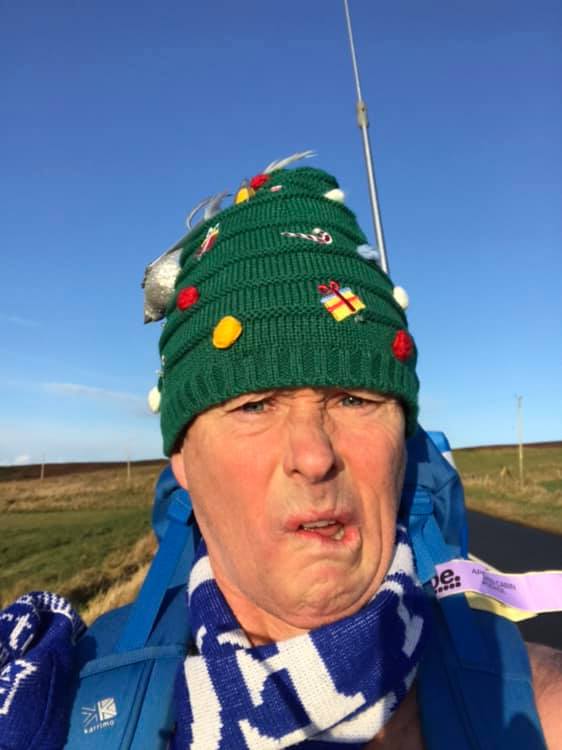 Even though lockdown delayed Mick’s plans, he’s finally been able to get the Speedo Mick Foundation up and running, so he can start giving out the money raised.

“People can go onto the foundation website now and apply for a grant so I’ll be able to see where the money is going. During the Covid crisis, charities haven’t been getting anywhere near as much funding or the financial help they’d usually get so hopefully this will really help them when they need it.

“We’ve got a fantastic board who’ll oversee everything, including Andy Bell who’s been amazing in helping me set this up, and Paul Bibby who’s part of Everton in the Community and Alder Hey boards. They’re really experienced people, so I’m very lucky to have them with us.”

As for 2021, Mick reckons the bright blue Speedos aren’t ready for retirement just yet.

Mick is on The Last Leg on New Year’s Eve – for details of the foundation, visit the website here.