Stephen Graham on why he wanted so much to work with Jodie Comer in C4's care home drama Help - The Guide Liverpool
Contact Us Advertise with The Guide Our Video Services Follow us:

Actor Stephen Graham says Jodie Comer, his co-star in C4’s care home drama Help, hasn’t been changed at all by the fame she’s had in the nine years since they first met on set.

The pair worked very briefly with each other on a series called Good Cop when Jodie was just a teenager and he saw such a huge talent in her then that he recommended her to his agent.

Now, as Jodie’s just had her big Hollywood breakthrough in Free Guy, they’ve finally been cast together again and he describes her as “just a joy to work with.”

“I think she’s rapidly going to become one of the finest actors we’ve ever had, she’s on that ascendancy, but she’s exactly the same as that young sweet woman who was just starting off that I met those few years ago,” he says. 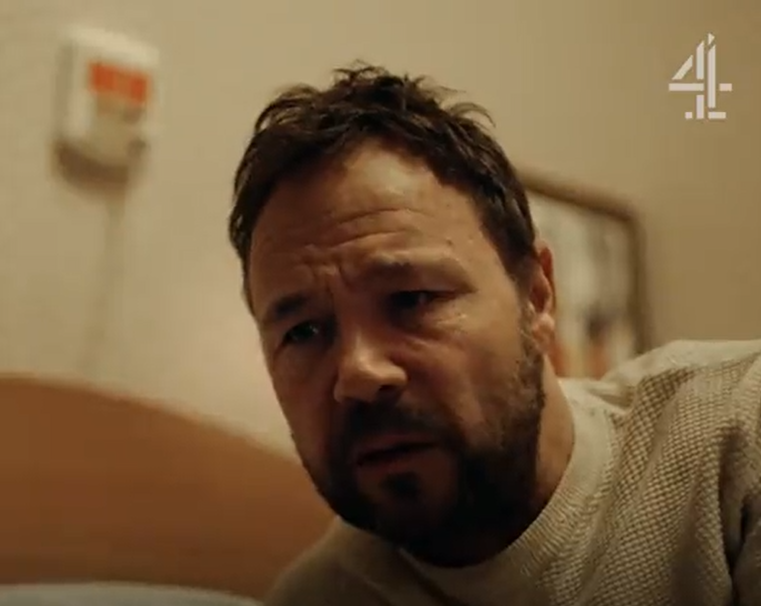 “The fact that she’s worked with some wonderful actors and some amazing directors now, doesn’t faze her at all. And the best thing about it is that she brings Donna Scouse to set, that’s all I have to say!”

Stephen and Jodie play the two lead roles in the much-anticipated Help, a powerful drama set in a fictional Liverpool care home as the Covid crisis hits.

Jodie plays care assistant Sarah and Stephen is 47-year-old Tony, a resident with early onset dementia. The two-hour one-off film, written by BAFTA award-winning writer Jack Thorne, tells the moving story of their relationship and how it is changed forever by the pandemic.

It’s no coincidence that the two Liverpool actors were cast in Help – they actually lobbied Jack to write something for them.

Jodie cheekily slid into his DMs on Twitter and I told him that she wanted to work with him and, without her knowing, Stephen had asked him too.

“We were talking at an awards do and he said ‘you should write something for me and Jodie’,” explains Jack, “and my jaw dropped. It felt like there was a real possibility and then I couldn’t think of anything good enough.

“I was searching through Liverpool’s history to find anything that could work for this and I couldn’t find anything and then the pandemic happened. I read a piece at the beginning of the pandemic about a number of deaths occurring in a care home and my mum was a carer so I know residential care very well. I started looking into it and that’s where this whole thing was born from.

Stephen and Jodie in Help

“My favourite show of all time is Boys From The Blackstuff, I grew up with TV that had something to say, and it felt like social care needed someone to speak for it.”

The result is an intense and emotional drama, described by its makers as a love letter to Liverpool’s cultural heritage and to the care sector.

Alongside its two leads, it has a stellar cast of fellow Scouse acting royalty including Sue Johnson, Andrew Schofield and Cathy Tyson.

Stephen says working with Drew, a childhood idol, was particularly exciting for him.

“When I was younger there was lots of great stuff from Liverpool on the telly which in turn made me want to be an actor – one of my biggest heroes of all time, and one reason why I’m an actor today, is Drew Schofield who lived across the road from my nana’s.

“He saw me in a play and said, ‘I think your lad’s really good’ to my ma and da, so for us to be able to have him playing Jodie’s dad is great.”

Stephen was able to devote uninterrupted time to researching the role of Tony when he had his own experience of Covid.

“It was a strange one for me because we did a day’s rehearsal and then I had to isolate for 10 days because my family had Covid.

“From the outset, me, Jack and the director Mark made a decision to play the man and not the disease, so Jack put me in touch with this wonderful woman called Nicky who runs a place called Rare Dementia Support. 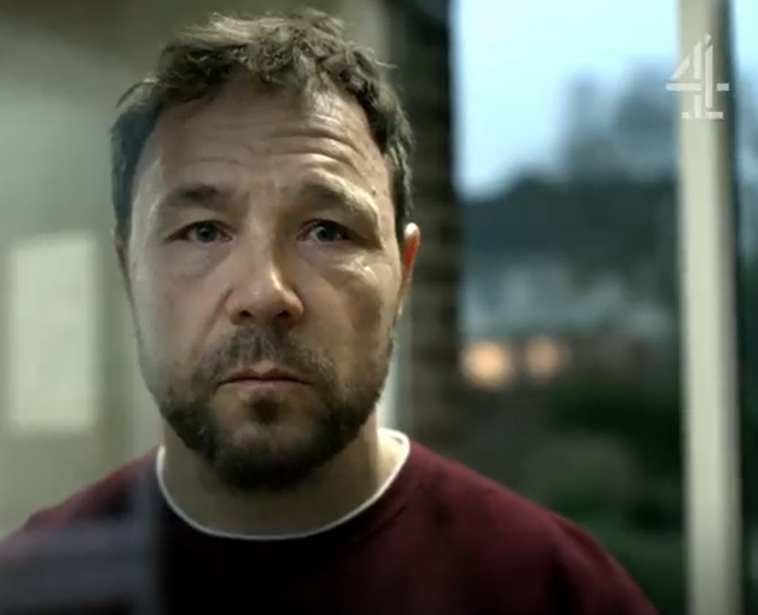 “For those 10 days that I was locked away I became a member of their little group, I had coffee mornings with them, and I got to meet the most beautiful people. I’d come back and say to Jack and Mark ‘I think we can take this’, or ‘this woman was amazing’, or ‘this is really sad.’

“We collaborated on these findings from real people and listening to real stories and we somehow bashed them together and came up with our character. In that way it was a completely unique experience for me.

“Then obviously Jodie’s a joy so the two of us just sat and played, it was gorgeous.”

In fact, he can’t speak highly enough of his co-star and her performance in Help.

“For me personally I wanted this to be kind of like Jodie’s Shirley Valentine; this pivotal strong visceral female role, that’s the heart of this story. I wanted to watch her do that, I was excited about watching her have that opportunity.”