Tan lines, dad dancing and surprisingly skimpy pants - Speedo Mick on week one of his walk - The Guide Liverpool
Contact Us Advertise with The Guide Our Video Services Follow us:

Tan lines, dad dancing and surprisingly skimpy pants – Speedo Mick on week one of his walk

Speedo Mick’s completed the first week of his 2000-mile giving back walk and he’s happy to report he’s back in the groove of dad dancing along the route – even if his trademark Speedos are a bit skimpier than expected!

Mick set off from Stornoway in the Outer Hebrides of Scotland last Monday and he’s already made it over to the mainland, giving out cheques to good causes on the way, and raised £25,000 towards his next charity target.

Like last time, he’s being supported on his walk by locals coming out to cheer him on his way, offer him plenty of food to keep him going and a bed for the night. One taxi driver even drove back 20 miles to give Mick his fare back after being ticked off by his wife. 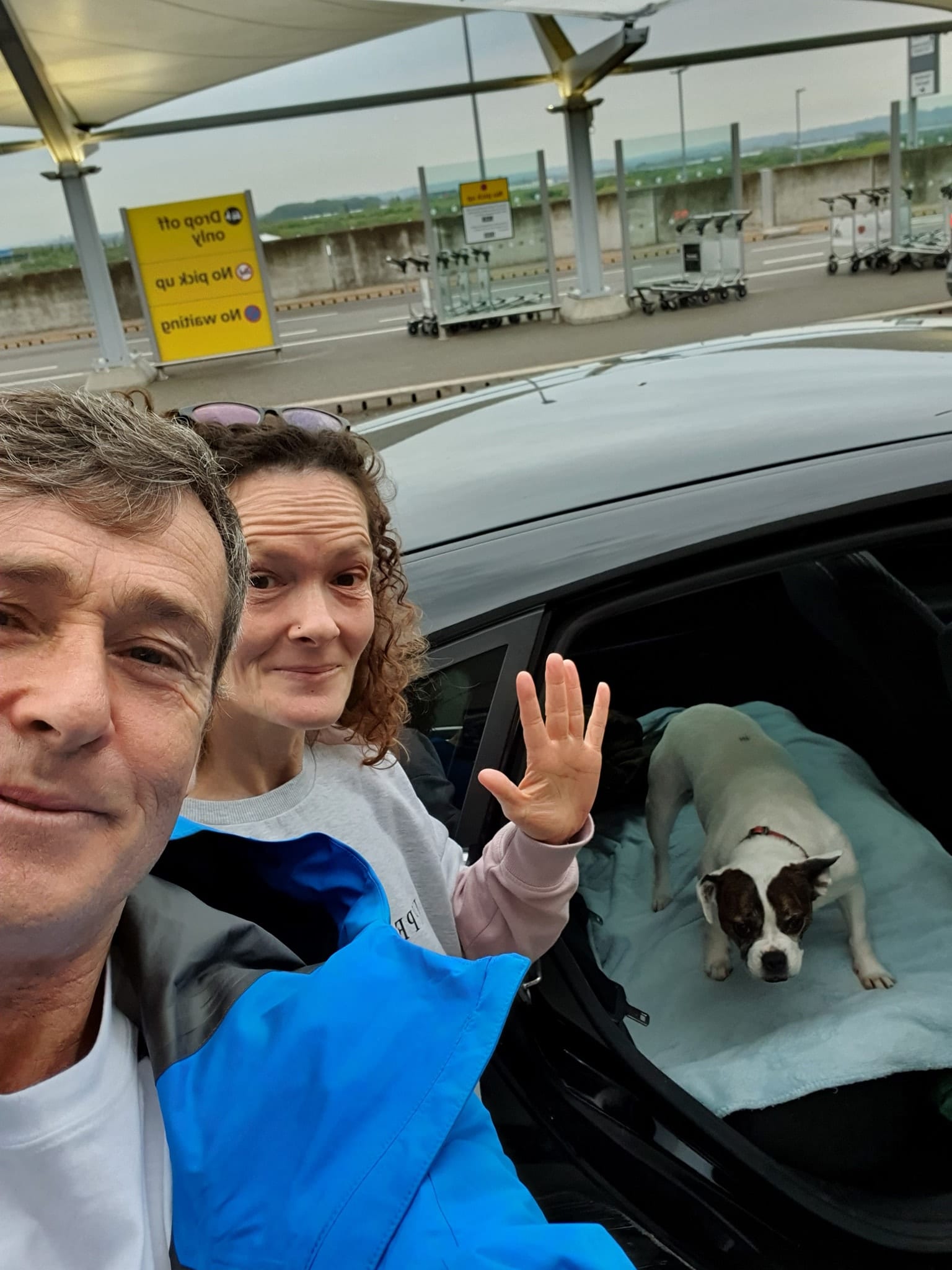 “People have been so generous and the response even in this first week has been absolutely phenomenal,” says Mick.

“I’ve put about half a stone on in a week, I’m not messing, with everybody bringing me freshly-baked cookies and fudge, chocolate brownies, everything. I put a stone on the last walk so God help me on this one because it’s twice as long.

“I’m looking at myself and I can already tell and I’ve got my knickers to get into. What I didn’t do before I set off was try them on so when I put them on, I got a bit of a surprise – they were well skimpy!

“I wore my funky coloured ones, the disco pants, which are more like shorts on the first day and it was blazing so I got a nice tan. Now I’m in the Speedos you can see the tan line right down my leg because these are much higher. I did think they might be a bit small at first, but I’ve got grown into them!”

Mick’s giving back tour will see him spend the next five months going around the UK, handing over donations totalling £250,000 from the money raised by his pre-Covid John O’Groats to Land’s End trek.

From Scotland he’ll head over to Belfast, through Northern Ireland to Dublin, before coming back to Wales, on to London and finally arriving in Liverpool. 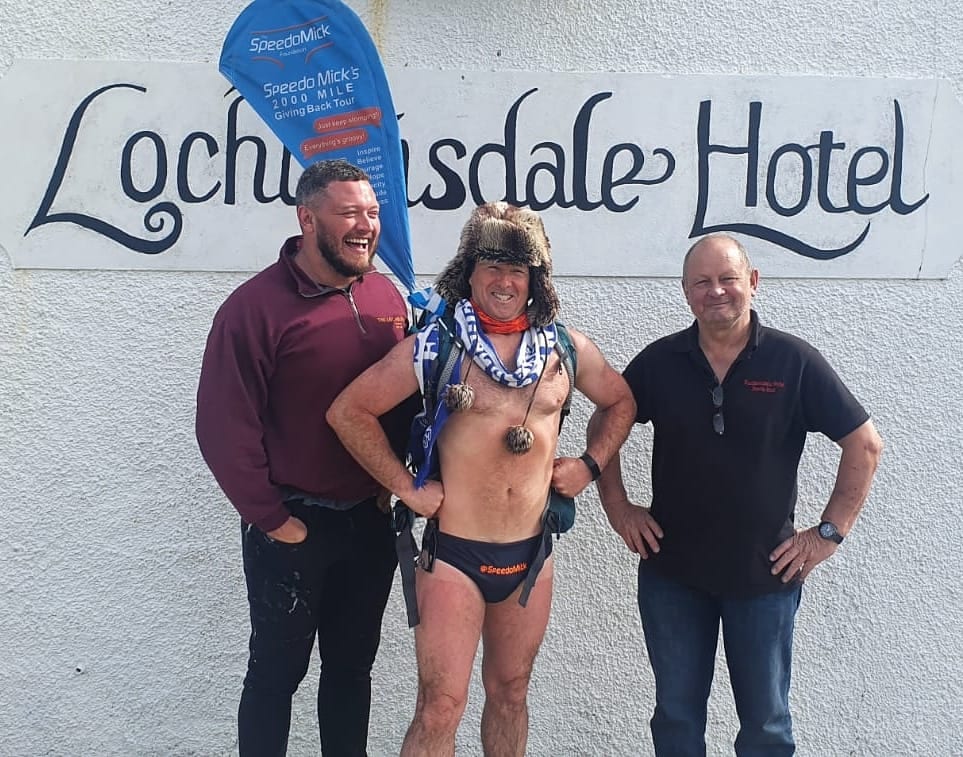 More than 14 months since he finished the last walk, Mick admits it has taken him some time to get back into his stride again, especially as this one started in a pretty remote part of the country.

“It was a bit like being out in the wilderness in the Outer Hebrides, one day I walked 23 miles and not one shop was open. I was dying to see one because I didn’t even bring a flask with me. I don’t want to put anything in my bag, because it’s really heavy.

“I keep emptying it out every night trying to work out what’s making it so heavy and taking little wires out, I’m like someone in a hot air balloon trying to stay in the air.

“I’ve got travel-sized everything except toothpaste, so I keep looking at that and going, ’it’s you, I know it’s you’!”

Even though company has sometimes been in short supply – unless you count the seals he’s been waking up to outside his window in the morning – he’s been making the most of what there is.

“There haven’t been any launderettes for me to get into yet but once I spotted a shop I was in there like a rat up a drainpipe, strutting my stuff,” he laughs. “I was able to get into places and do a bit of dad dancing with the ladies again and that really got me geed up.”

With a lot of ground still to stomp, Mick confirms his knees and feet are holding up well so far, although he is missing home and his wife Rachel.

“It feels like I’ve been away for months already, I haven’t seen Rachel for ages, and I keep sending her postcards,” he says. “That’s the thing you don’t get used to, I am missing her and she’s missing me, that’s the sacrifice nobody sees, but she’s coming up when I get to Glasgow so I’ll be in the arms of my loved one again soon!”

You can donate here.