Teenage Liverpool DJ who wowed Champions League fans gets his own Ibiza party - The Guide Liverpool
Contact Us Advertise with The Guide Our Video Services Follow us:

Teenage DJ Harrison McDonald, who played in front of tens of thousands of fans before the Reds Champions League Final in Paris, has landed his next massive gig – his own pool party in Ibiza.

The 16-year-old from Aigburth will host weekly family-friendly El Kiddo events at Bam Bu Ku beach bar, organising all the booking and promoting, and getting on the decks there himself.

He already has his own weekend residency at the bar which is part of the famous O Beach club so says the El Kiddo idea is just the next step.

“I’ve been in Ibiza with my dad since I finished my GCSEs, and I’m here until the start of September so I was looking for something else to do incorporating Ibiza because that’s where I’m located at the moment,” he says.

“I do a weekend residency in Bam Bu Ku and it’s a beautiful venue so we just thought it would be good to do a family pool party as well. 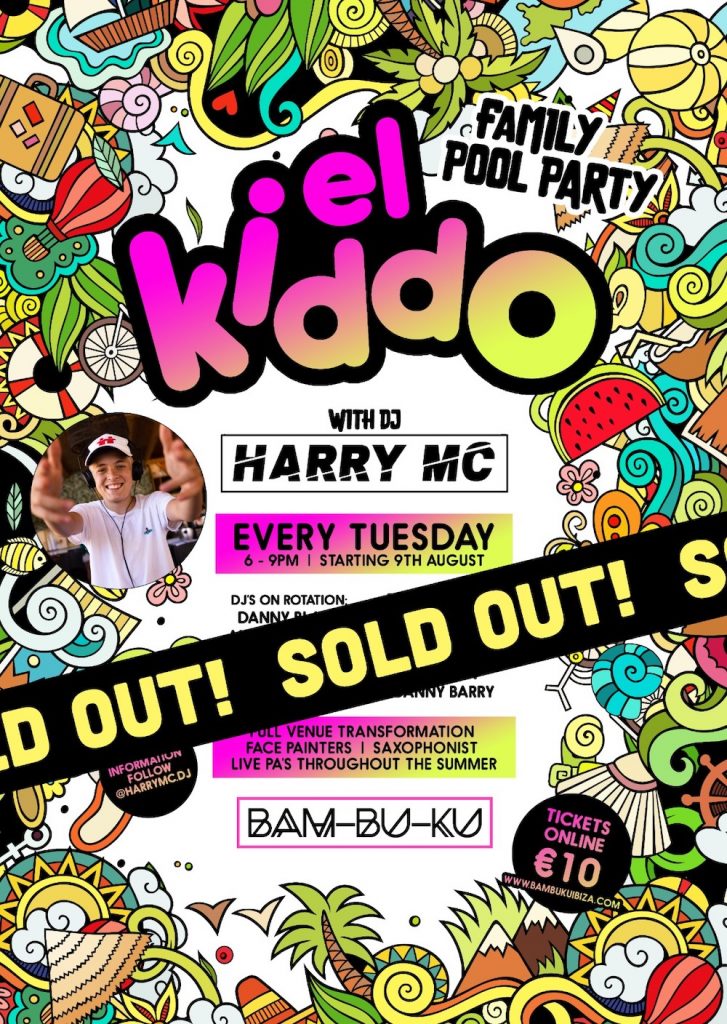 “When you think of Ibiza, you think of places like O Beach and obviously that’s for over-18s. A lot of families might think they’re unable to bring their kids because it’s too clubland orientated but there are actually quite a few things to do in Ibiza if you come as a family – loads of lovely beaches, waterparks and restaurants.

“By having a family event like El Kiddo you’ve got the party atmosphere but with something for kids as well. There’ll be lots of things going on, face-painting, fire-breathing, stiltwalkers, so I think it’ll be a really good experience for everyone.”

Reds fan Harrison, who’s built up a big social media following as HarryMc DJ, got his first high-profile break as a DJ when he was just 12 and approached by BOSS Nights to play at Liverpool’s Champions League semi-final in Barcelona.

He went on to DJ again in the fan park at the final in Madrid, in front of 40,000 supporters, then travelled to Paris this May to play for a huge crowd of fans ahead of Liverpool’s latest European final alongside artists including Jamie Webster and The Lightning Seeds.

Since he sat his final GCSEs at St Margaret’s in Aigburth, Harrison has been busy on a working holiday in Ibiza with his dad, former Garlands promoter Barry.

With the White Isle club season now full-on, he’s had a chance to watch some of the masters, including Fatboy Slim who he joined in the DJ booth at Mambo. 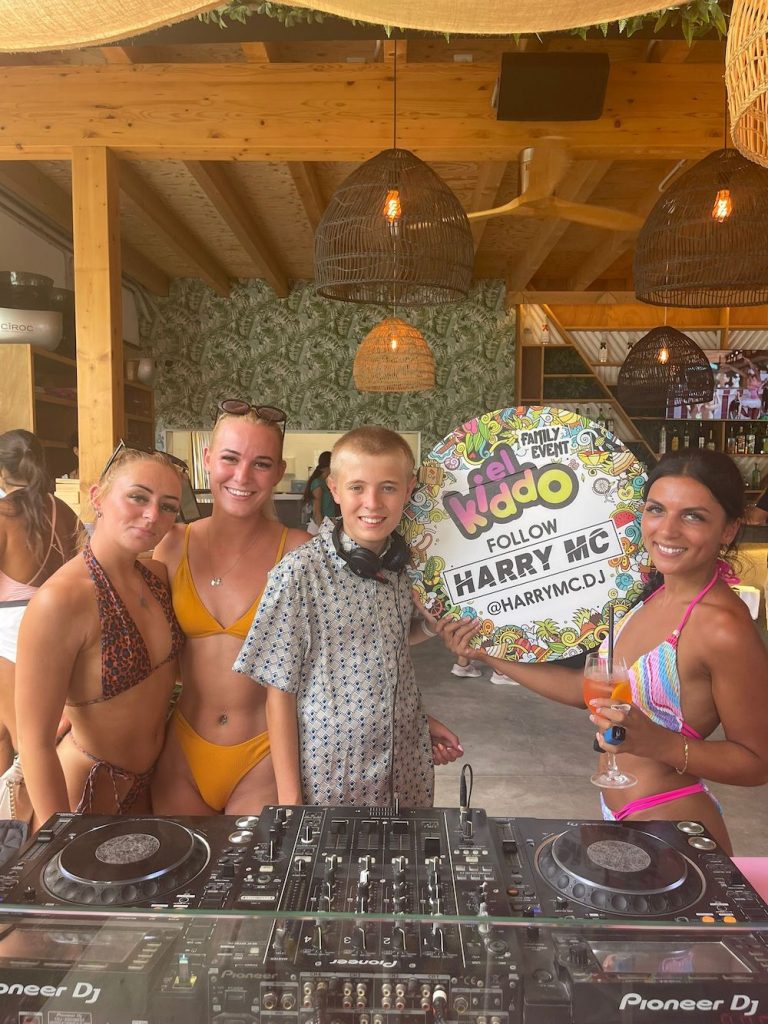 “I got the opportunity through my dad’s friend to be close to the DJ box and to be able to spectate as a fan. I was just watching and then I got asked if I wanted to come round which was just wonderful. It was great to be on the other side and when I meet really established DJs like that they always congratulate me on what I’m doing and give me compliments which is good.

“Everyone left their tables and came to the glass barrier to watch, there was loads of people there, so it was just a really cool experience.”

The first El Kiddo is tomorrow (Tues), then it’ll be every Tuesday until Harrison heads off in September.

A DJ career is obviously there for the taking, and Harrison says he’s going to give it his best to make it happen.

“I do really enjoy it, and I’m just loving how it’s going so far,” he adds. “I’m more than happy to spend the rest of my life doing what I’m doing, the family parties and working in a beautiful beach bar, but I know I can do a lot more than that so I’m just very optimistic to see where it takes me.”