The 7 oldest known buildings in Liverpool City Centre  - The Guide Liverpool
Contact Us Advertise with The Guide Our Video Services Follow us:

Liverpool is famed for its listed buildings with more than 2500 in our city, 27 of them are Grade 1 listed.

When it comes to outstanding architecture, age isn’t just a number in Liverpool, with over 2,500 listed buildings in our city but who are the oldest city swingers in town?

As our more elderly residents, these monumental city centre designs each tell a story rich in history and heritage and as unique in composition and character as any self-respecting Scouser.

Yes, we have awe inspiring buildings in the city like Speke Hall which dates back to 1530, Croxteth Hall which was built in 1575 and the Toxteth Unitarian Chapel was originally built in 1618, but below you will find the oldest known buildings in Liverpool City Centre.

Over 300 years old, The Bluecoat’s no spring chicken, but with a little cosmetic help here and there, the Grade I listed property still looks an absolute doll, and holds the title of the oldest building in Liverpool City Centre, as well as the oldest arts centre in the country.

Built between 1716-17, Bluecoat Chambers became a boarding school in 1718, and – can you imagine – was almost demolished in 1925 after the death of owner, William Lever. Luckily, a campaign saved the building, which in 1927, became Bluecoat Society of Arts.

Nearly destroyed in 1941 during the Liverpool Blitz, the building was restored in 1951,  becoming Grade I listed in June 1952. In the 80s, Bluecoat Chambers became known as the Bluecoat Arts Centre, and following further restoration in 2005, The Bluecoat reopened as Liverpool’s centre for the contemporary arts during our 2008 Capital of Culture year.

MORE - Can We Talk About Hope Street? 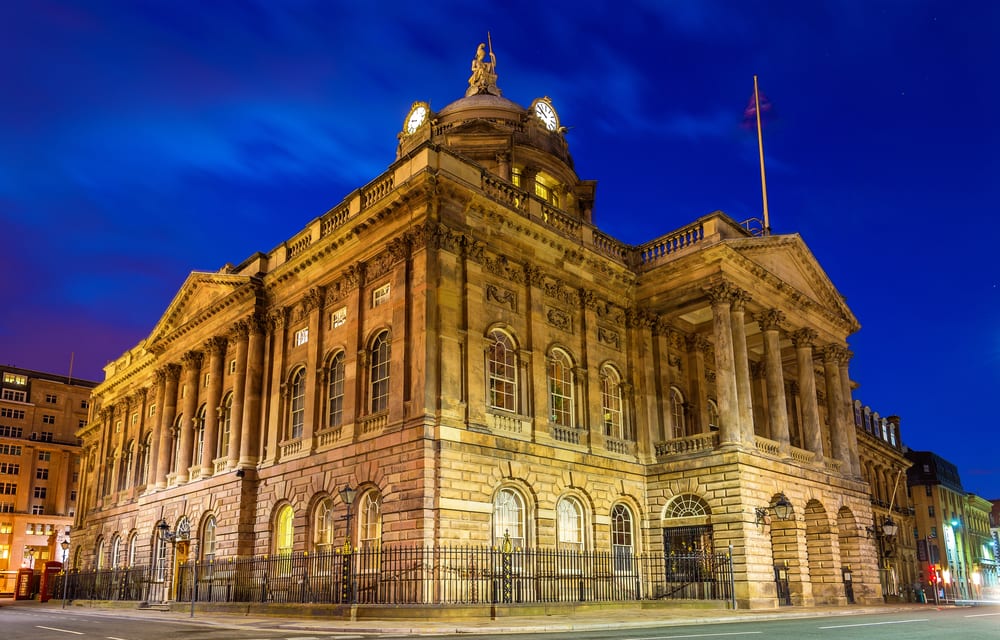 Grade II listed, Liverpool Town Hall was constructed from 1749 and designed by John Wood the Elder. In 1785, James Wyatt designed an extension, and after being fire damaged in 1795, he rebuilt the hall and added the dome.

Incredibly, in November 1865, four years of American Civil War came to an end at Liverpool Town Hall, resulting in the abolition of slavery, after the last confederate ship surrendered in the Mersey.

Undergoing frequent restoration, including the addition of the Hall of Remembrance to commemorate servicemen who lost their lives during WWI, guided tours and weddings are now held there, and Liverpool City Council hold a regular meeting at Liverpool Town Hall every seven weeks. 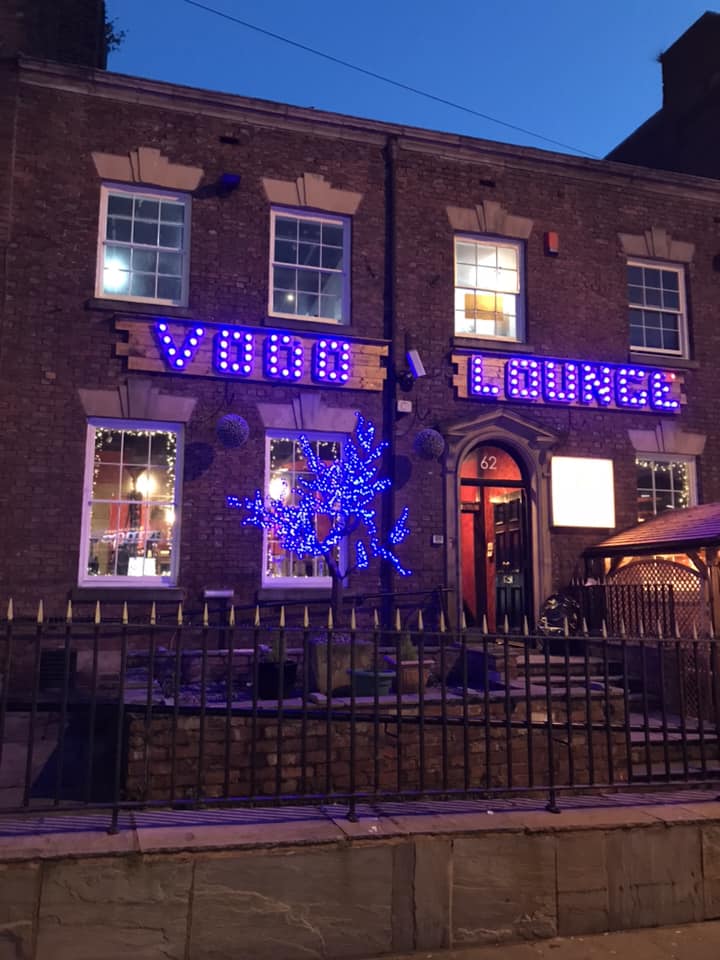 Mount Pleasant is one of the oldest properties in the city, and one of the oldest buildings in the street. Next door, at Nº64 was formally the registry office where John Lennon married first wife Cynthia in 1964. 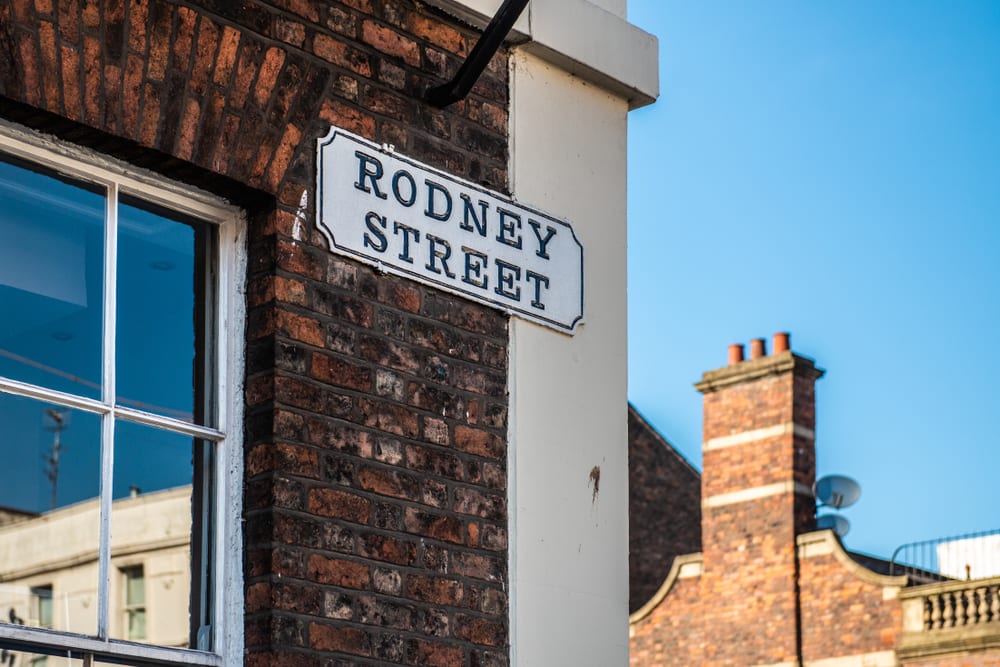 We know they’re gorgeous and feature in TV shows like Peaky Blinders, but did you realise there’s 60 of them and they’re all Grade II listed? 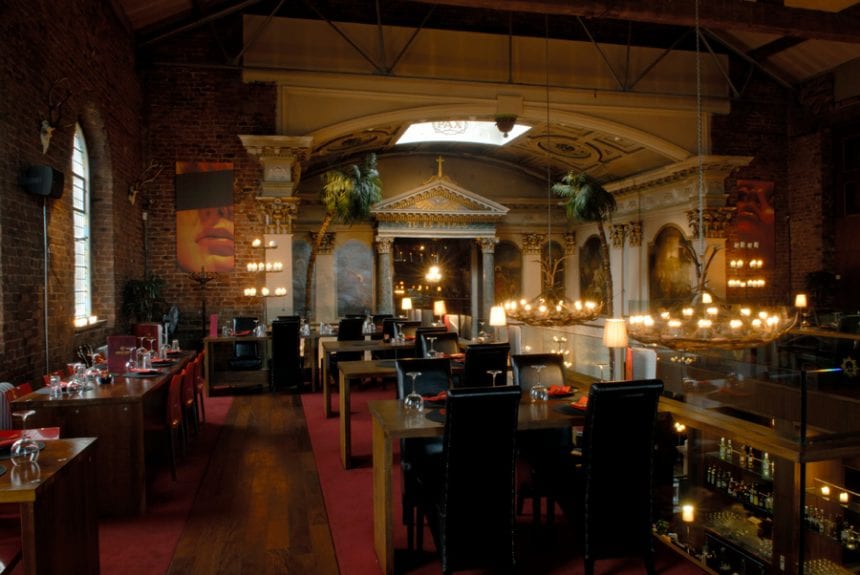 A Catholic Church until 1976, now better known as Grade II listed Alma de Cuba, following the Liverpool Blitz of 1940-1941, St Peter’s was repaired and served the Polish community until closing its doors in 1978 and being de-consecrated in 1993.

In 2005, the church opened once again as the iconic setting of Alma de Cuba with incredible dining and a spectacular Cuban-themed social life. 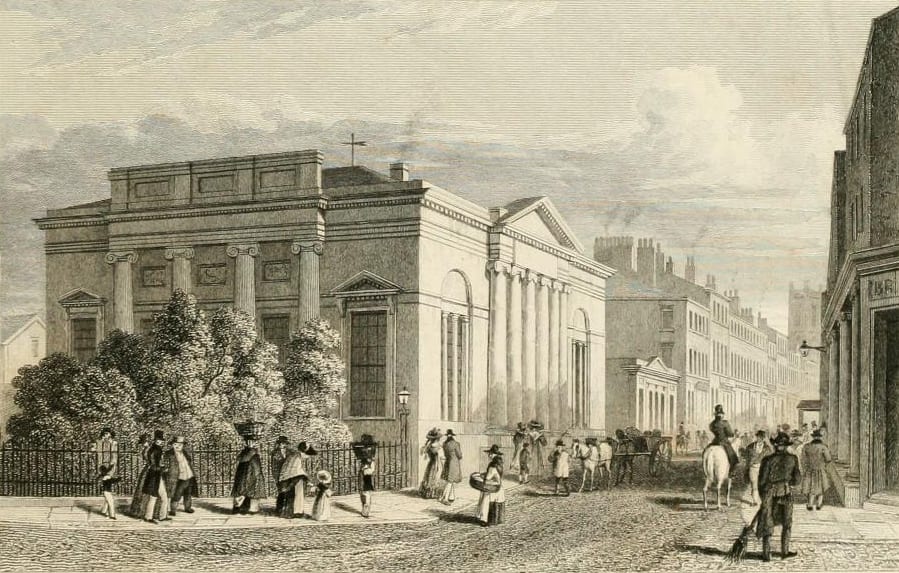 The neo-classical Lyceum was originally built as a newsroom and England’s first subscription library by architect Thomas Harrison until it became a gentleman’s club and relocated in 1952, leaving the building unoccupied.

In 1984 it reopened as a post office after it was saved from demolition and during the following years, was home to various bars including The Life café of the late-90s and early Noughties. Sadly, The Lyceum is currently home to a new restaurant, China Dina which opened in November 2019. 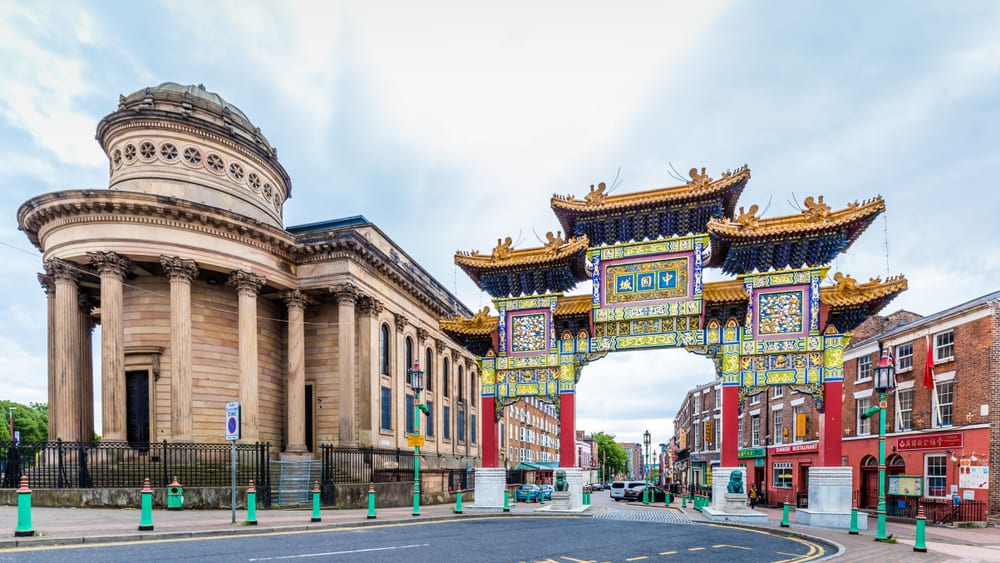 The Former Great George Congregational Church until 1967 and neighbour to The Chinese Arch, The Blackie was nicknamed after inner city pollution discoloured the exterior, and the name stuck despite a revamp in the 80s.

Remodelled into two-floors in 1975, The Black-E is now an Arts-based community centre with a gallery, cafeteria, theatre and performance spaces.