The audience reacts to new 'Corinna, Corinna', the new Everyman Theatre thriller on now - The Guide Liverpool
Contact Us Advertise with The Guide Our Video Services Follow us:

There’s a world premiere at the Everyman Theatre which is getting audiences on the edge of their seats.

Corrina Corrina is a new thriller by Liverpool playwright Chloë Moss that’s all about power, superstition and revenge – and it’s had amazing reviews since it opened.

It’s on until Saturday June 4, so if you haven’t seen it yet, here are 7 reasons why you should … 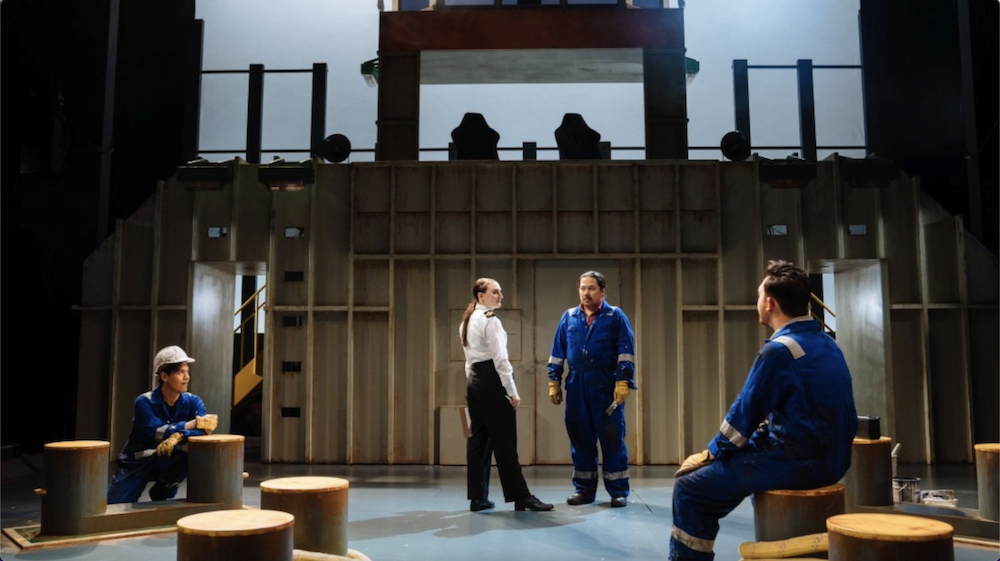 The storyline of Corrina Corrina centres on a cargo ship heading for Singapore from Felixstowe docks, and what happens when a junior officer called Corrina joins the crew, so the action takes place onboard. The Everyman’s set designers have done a fantastic job of recreating the inside of a cargo ship on the stage so it feels really atmospheric and intense, and the projected visuals are stunning.

Every performance has optional audio description via a headset 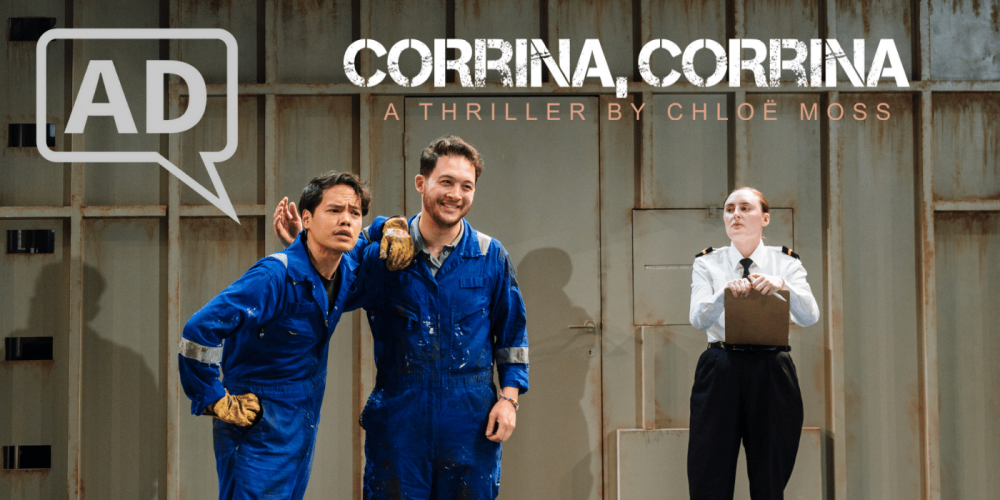 Where usually Anne Hornsby of Mind’s Eye writes and then reads the audio description live, for this production she’s written a special script from the perspective of the character Rafael, which has been pre-recorded by actor Martin Sarreal. This means the show isn’t just accessible to a wider audience, including people with visual impairments, listeners will also be able to hear exactly what Rafael is thinking so they’ll get a fascinating extra insight into the character. 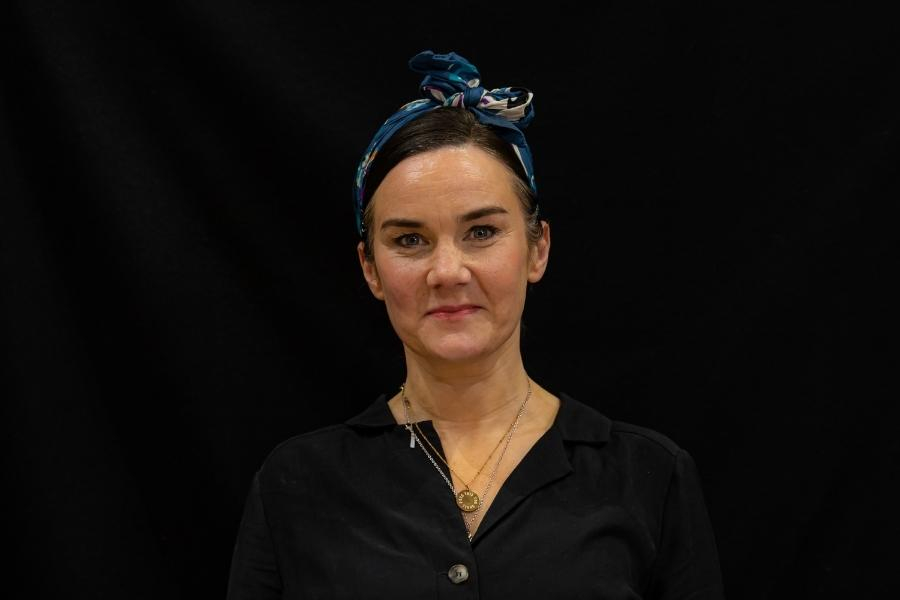 Originally from Liverpool, Chloë moved back to live in Waterloo nine years ago when she had her son, and seeing cargo ships in the docks is what inspired this story. She’s an award-winning writer whose theatre work has been staged around the country including at Manchester’s Royal Exchange and the Royal Court Theatre, London. She’s also got a long list of TV credits such as BBC drama Dickensian, Six Wives with Lucy Worsley for the BBC and ITV’s Secret Diary of a Call Girl.

It’s an insight into a world we don’t know, but rely on … life on a container ship 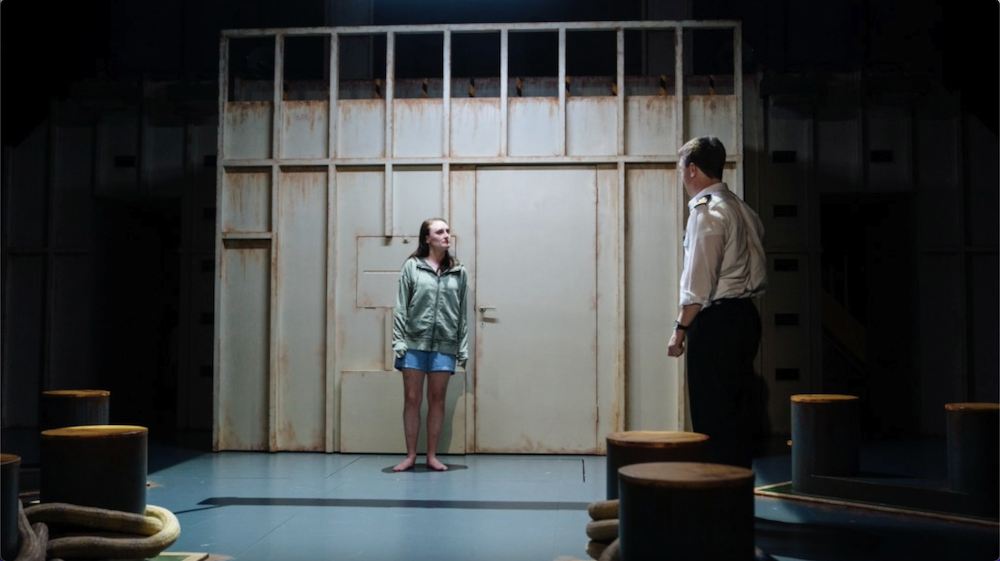 Anyone who’s ever gone past the docks and seen the huge containers and cargo ships has probably wondered what’s inside them, and that’s exactly what Chloë did. “I knew that cargo ships existed without really thinking about what went on onboard – it’s this huge industry but it’s invisible and there are people who live onboard and go back and forth, bringing us all this stuff that we have around us every day,” she says. “I didn’t really know anything about that world and I was curious about where they were going, what they were doing, who was on them, so I started to research it and then I just found it incredibly fascinating.”

It’s a thriller set at sea 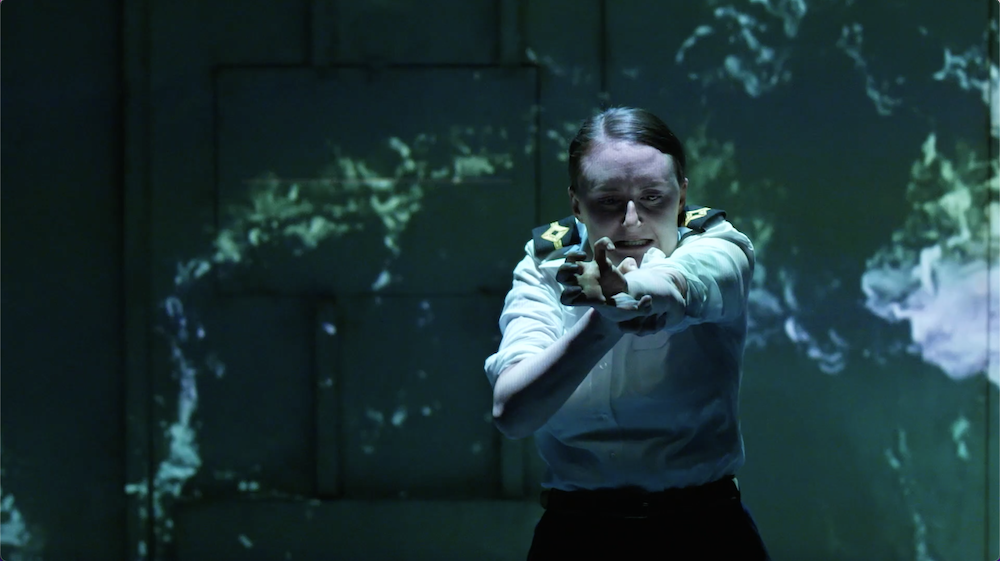 “A cargo ship is a great setting for a play because no-one can leave,” says Chloë. It’s that tension and suspense, not knowing whether Corrina will make it to the ship’s final destination, which audiences have been loving. 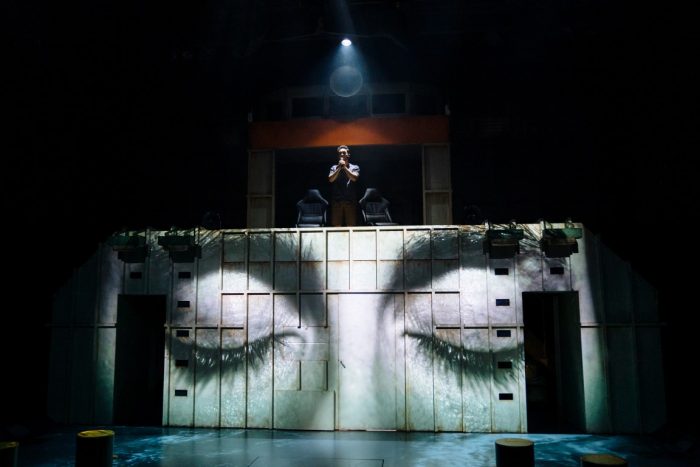 One of the things Chloë learned about cargo ship crews is that they love a bit of karaoke as an escape from their surroundings, so that’s a theme running through the play. To celebrate the importance of singing, the Everyman has teamed up with community singing charity The Choir With No Name who’ll be performing after the shows on May 27 and June 4.

It deals with important themes and issues 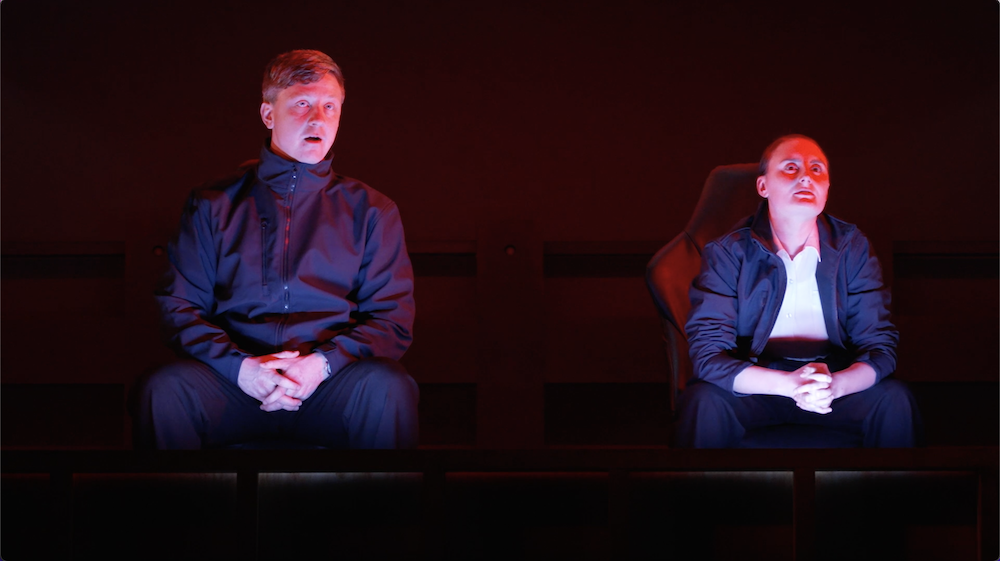 Corrina Corrina isn’t just a nerve-jangling thriller, it also raises some interesting issues around hierarchies, on the cargo ships and in day-to-day life. “Those ships are like a microcosm of society,” says Chloë. “You’ve got an older, usually white guy in charge, he makes the laws and sets the tone, and then this system where you have badly exploited immigrant workers at the bottom with poor labour laws. There’s also the issue of being a woman in that environment because only 1-2% of the entire shipping industry is female, it’s a very masculine environment, so if there is a woman onboard they’re likely to be the only one. How do people cope in that situation?”

Corrina Corrina is at the Everyman until Saturday June 4 – book here.

MORE - Smash-hit comedy ‘One Man, Two Guvnors’ is coming to the Liverpool Playhouse this Summer