The BIG Little Library in Liverpool that's given away almost 140,000 books - The Guide Liverpool
Contact Us Advertise with The Guide Our Video Services Follow us:

The BIG Little Library in Liverpool that’s given away almost 140,000 books

A BIG Little Library in Liverpool is about to reach a landmark 140,000 books given away since it opened in 2015.

The library in Belle Vale Shopping Centre was started by Gateacre School after it was offered a vacant shop unit and decided to create a free community drop-in book hub.

It’s now become a much-loved meeting place for keen readers of all ages, not only giving away books but holding weekly get-together sessions.

There’s no membership needed – book lovers just go in, choose what they’d like and take them away. Unlike a regular library, there’s not even a need to return the books because the BIG Little Library has enough donations to keep the shelves well-stocked. 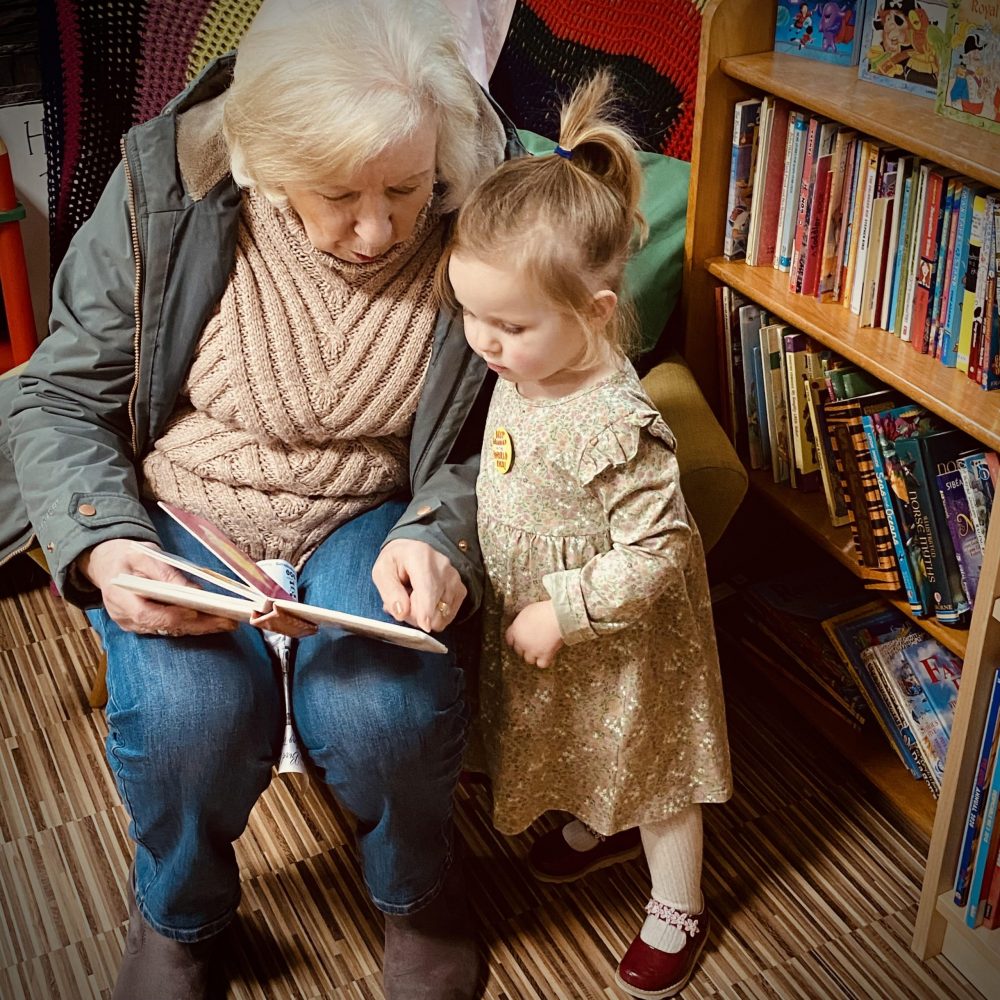 “Some people do bring them back and then bring more too, but they don’t have to. We just try and encourage people to pass them on to friends and family so they’re still being sharing,” explains Lisa Mitchell, Community Co-ordinator at Gateacre School.

It was a chance conversation Lisa had during the visit to Liverpool by The Giants back in 2015 that first led to the library being set up.

Looking for ways that the shopping centre could work with the school to benefit the community, they were given a free three-month lease on their first empty unit.

“We hadn’t decided what we were going to do with it, but then I was one of the Lilliputians on the Grandmother and I got chatting to another Lilliputian who was telling me he had a little library in his front drive – a little house of books that people could take from or leave donations.

“The Lord Mayor at the time, Erica Kemp, had seen his library and said she wanted one for the Town Hall because her Mayor’s charity was the Reader Organisation. I offered to get the school to make one for her, and maybe quite a few others, and that then gave me the idea for what to do with the shop – to create a BIG Little Library.

“We said to the community ‘please give us your books’ without telling them why, and we put a big box in the shopping centre where people could leave them. A friend of mine who helped run Bulky Bob’s gave me furniture so we could set up the shop with bookcases, chairs and tables, Erica Kemp came and opened it and we gave her the little library which went into the Town Hall and is still there.”

Lisa and the rest of the library volunteers hadn’t anticipated just how popular it would become, and when the three months was up, regulars lobbied to save it.

“We gave out about 3,000 books in those three months and on the day we had to shut because our lease was up we had people in tears. After that the community kept telling the centre they wanted it back so a year later we were allowed to do it again, they gave us another shop and we haven’t shut since then.” 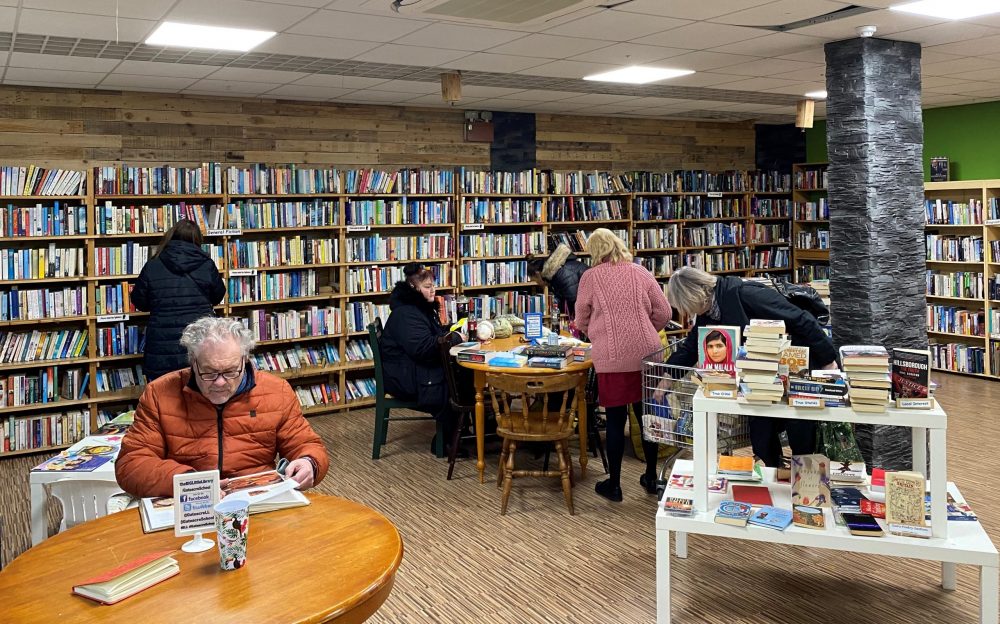 The library has moved three times over the seven years, when units have been let, but their current home is the biggest yet and it’s seen numbers of users double.

“Since we moved here in February, we’ve been getting over 2,500 customers a month and giving out just over 4,000 books every month,” says Lisa.

The library is staffed by volunteers – Gateacre parents, former parents, ex-governors, staff, students, and students from other schools doing Duke of Edinburgh volunteering, as well as local residents.

Alongside lending, The Reader Organisation holds reading groups on Tuesdays, there’s a Knit and Natter group on a Wednesday and Saturday storytime sessions for little book lovers.

Even lockdown didn’t stop the BIG Little Library. Lisa was still working at the school so offered to drop off book boxes so people didn’t have to go without. Liaising with local councillors, more than 5,000 books went to food hubs and Sure Start Centres.

The beauty of the library, says Lisa, is that everyone gets something different out of it and it brings so much happiness.

“As well as dropping off or picking up books, people come in and just sit and chat. They’ll start talking to other customers about ‘have you read this book?’ and then the conversation just keeps going. We’re also known as the husband sitting club because men come in while their wives are getting their hair done next door! 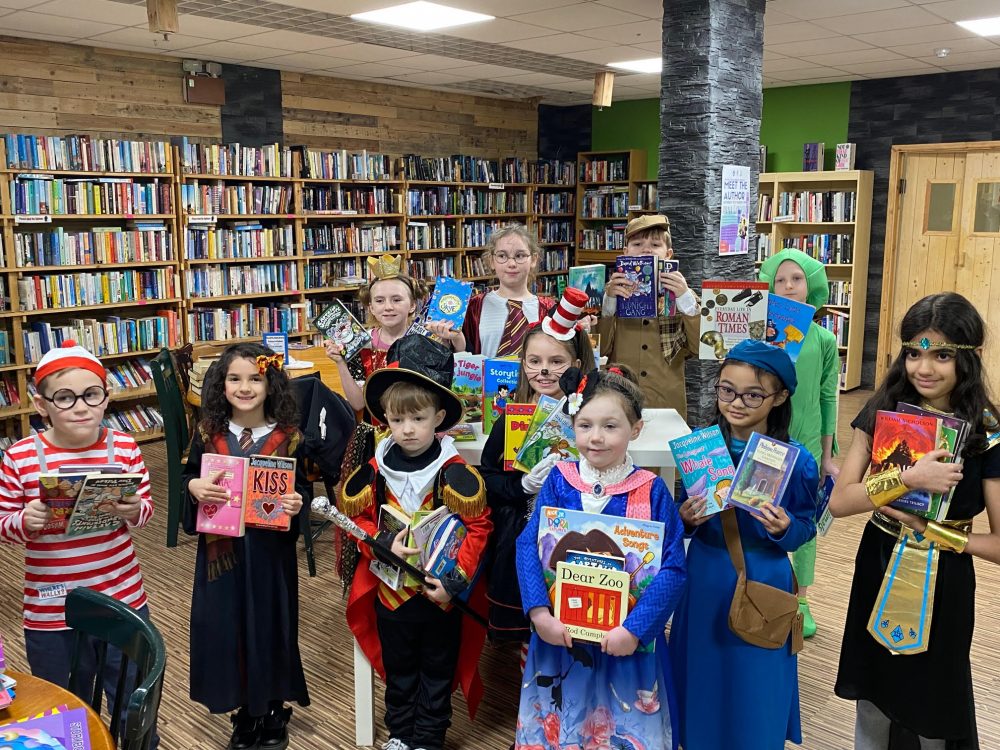 “What’s really brilliant is when customers don’t realise the books are free, so they’ll say, ‘how much?’ When you tell them, they just don’t believe it and they’ll sometimes go into the shopping centre and buy us things as a thank you.

“If they’ve taken cookery books, they’ll come back with things they’ve made. I had a woman who came in asking for books on wood turning because her son had bought a lathe and I had three so she came back with a little wooden bowl and a little wooden snowman to say thank you which was just so sweet.”