The Bluecoat creates new exhibition about its history with the help of young people - The Guide Liverpool
Contact Us Advertise with The Guide Our Video Services Follow us:

Over the last year, the Bluecoat has worked with a group of young people to interrogate the building’s past, to be presented in a new exhibition, The Bluecoat’s Colonial Legacies, opening next month.

The exhibition will bring to light archival material and research relating to the building’s early incarnation as a charity school, along with new findings about its co-founder, the merchant Bryan Blundell and his family.

The centrepiece is a large map charting 109 slave ship voyages across the Atlantic linked to the Blundells, designed by Naomi Waite and based on historic research carried out by Michelle Girvan, a Collaborative Doctoral Award PhD student working with the University of Liverpool and the Bluecoat. 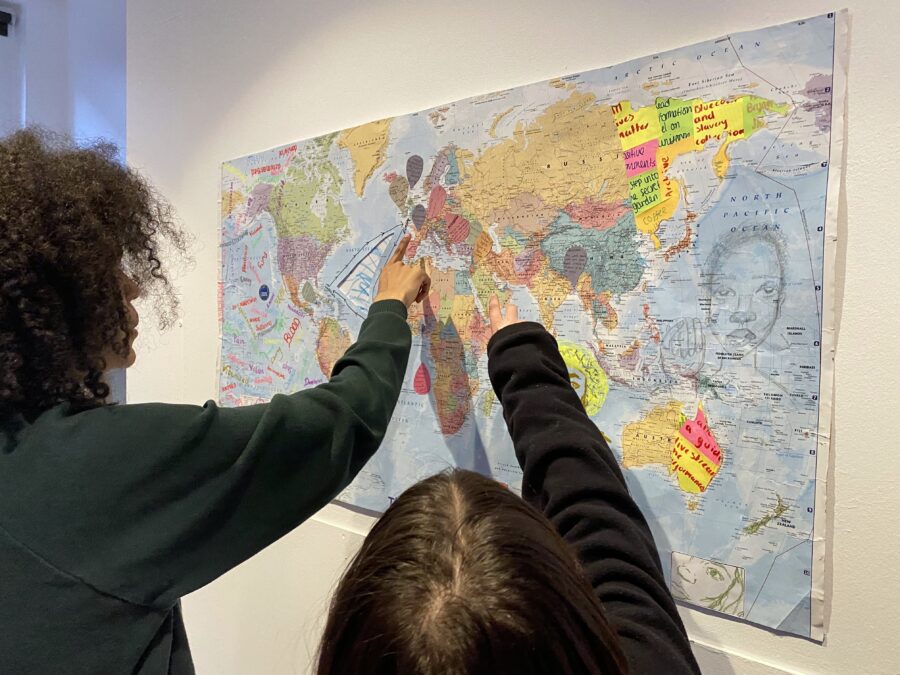 A selection of creative material produced by the young people, including those from The Greenhouse Project in Toxteth, will feature in the exhibition, alongside a newly commissioned artwork by artist Grace Thomas. A small blue coat, based on the uniform worn by the eighteenth-century Blue Coat School pupils, will be suspended in the space, its threads unravelling. This use of material culture is intended to reflect the unwinding of contested histories and the ties between two of the building’s central narratives, colonial legacies and the concept of looked after children.

The current Blue Coat School in Wavertree is lending a bible belonging to Bryan Blundell’s son, Jonathan. This, and other artefacts relating to the building’s links to Liverpool’s colonial era will be complemented by documentation of several Bluecoat exhibitions and performances by contemporary artists who have interrogated these legacies over the past four decades, such as the Trophies of Empire exhibition (1992) and Elaine Mitchener’s performance Sweet Tooth (2017).

The exhibition is supported by an events programme including a poetry jam, an event exploring the mixed race experience, and a talk by author, poet and historian Malik Al Nasir.

“The talented young people on this project have devised this exhibition and events programme to help the public unravel the resonant colonial legacies within their experiences at the Bluecoat and in Liverpool. Guided by local artists, they have bravely explored themes such as the transatlantic slave trade, the merchant class, the Black British experience, familial roots, identity and migration”. 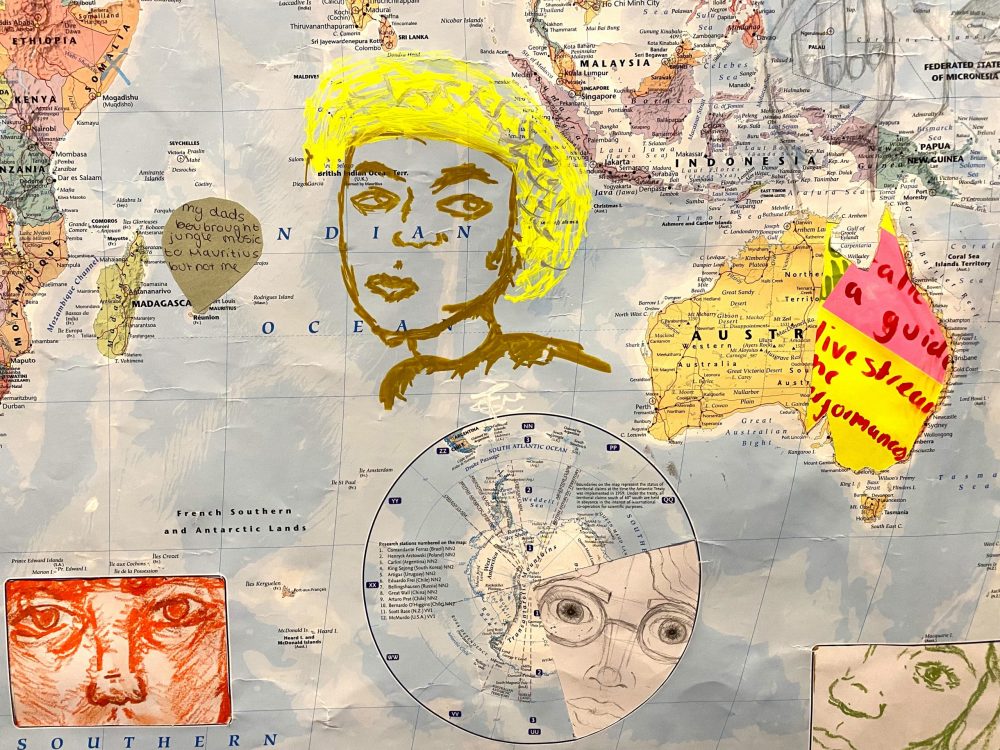 The Colonial Legacies strand is part of Echoes and Origins, a participation project involving young people exploring the early eighteenth-century origins of the historic Bluecoat building, and their echoes today. The starting point for Colonial Legacies was the building’s original function as a charity school for poor children from 1718 to 1906, when the school moved to its present-day site in Wavertree. Closely connected to the sea, the school was established by the Anglican Church and Bryan Blundell, a Liverpool maritime merchant who, along with others, supported the school through subscriptions and donations. Many of these merchants profited from trade with Africa and the British colonies, which included the transatlantic slave trade and goods enabled by slavery, such as cotton, sugar and tobacco.

The project has examined how continuing legacies from these origins connect to the lives of a group of diverse young people from The Greenhouse Project in Toxteth, and elsewhere in the city. Through research and a programme of workshops, discussions and creative activities with invited artists, historians and others, they have looked at themes including colonialism, empire, slavery, migration, diaspora, independence, race and identity. 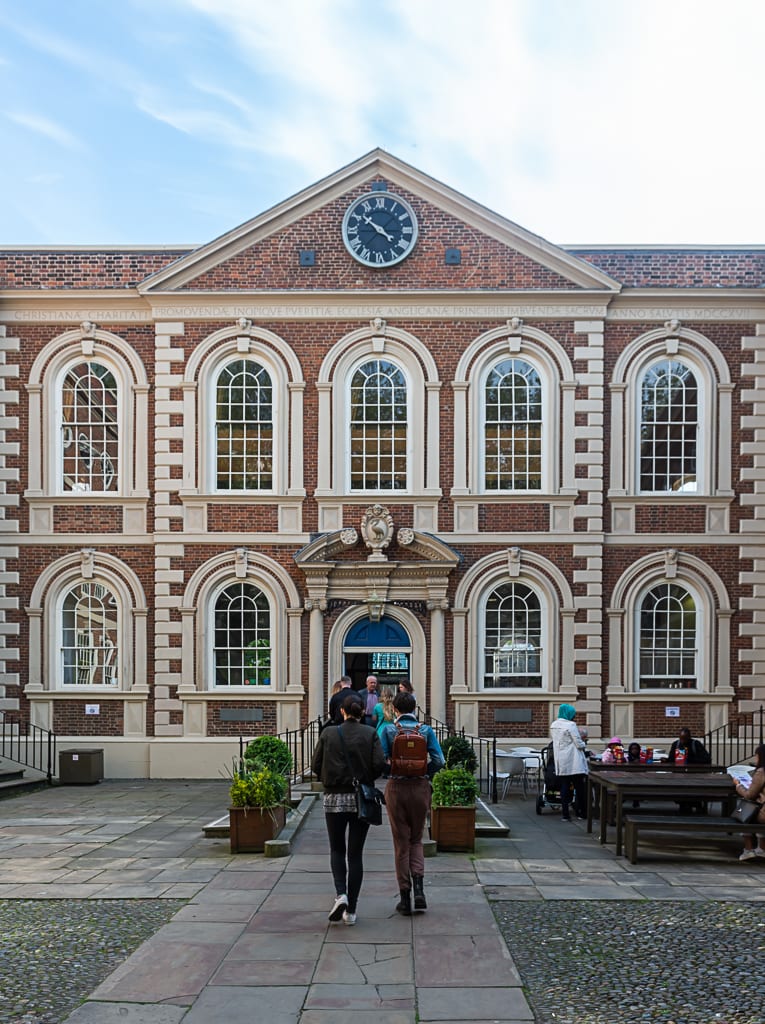 The second part of Echoes and Origins will take as its starting point our building’s original purpose as an educational institution, ostensibly set up to help local children described as “poor and destitute”, many of whom had lost at least one parent. The voices of these children, not captured at the time, will be reimagined by care-experienced adults and young people in collaboration with dance artist Paula Hampson, writer Margy McShane and interactive design studio Stand + Stare.

Writers Naomi and Natalie Evans, of @everydayracism on Instagram, talk about their new book The Mixed Race Experience, and open up the conversation to people of multiple heritage. The event is in collaboration with WoWFEST22 and is specifically for people with Black or mixed race lived experience. 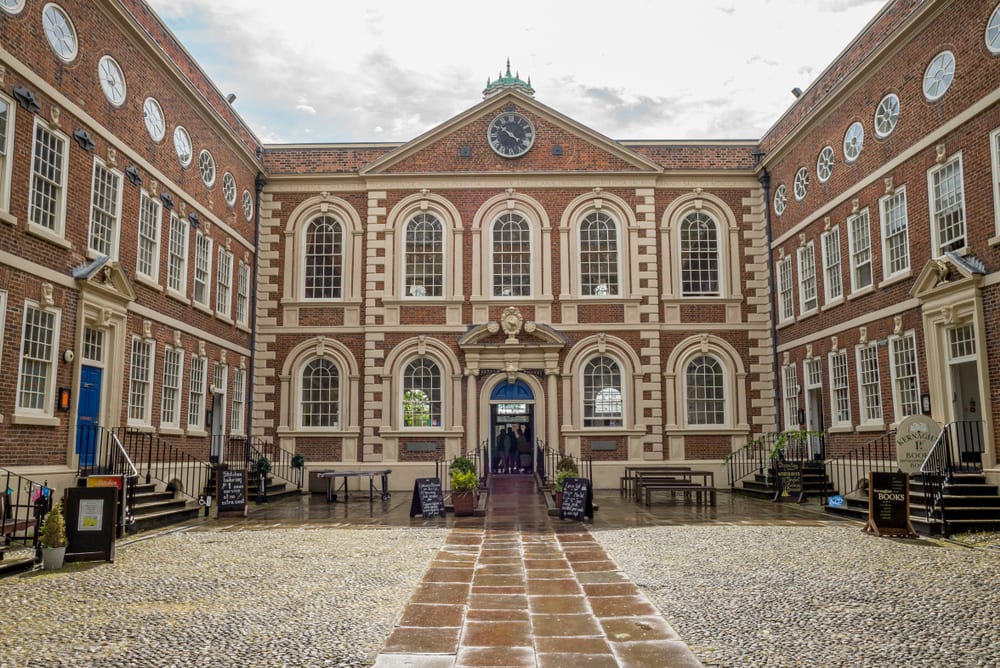 The Liverpool-based historian, poet and author of Letters to Gil (2021) provides this keynote talk that will connect the two strands of Echoes & Origins, Colonial Legacies and Looked After Children, drawing on a life experience that encompasses both. The event is in collaboration with WoWFEST22.

Bluecoat’s heritage is revealed through this online hyperfiction artwork, where you can choose your own non-linear adventure through the building’s past and present, and discover its key colonial connections through the eyes of a young visitor. Young participant Nia Mensah set the scene for this tour and worked with digital artists collective Ash//Ella to develop its online platform. The artists shared their ‘coding cheat book’ with the Bluecoat’s young events coordinators to upskill them, using Twine software. The tour can be accessed on a phone or computer browser.

MORE - The planned upgrade to The Rocket is to be revisited