The Everyman and Playhouse's award winning youth talent programme YEP turns 10 - The Guide Liverpool
Contact Us Advertise with The Guide Our Video Services Follow us:

10 years ago the Everyman and Playhouse threw open their doors to launch an ambitious programme to nurture the writers and actors, the technicians, the audiences and the cultural leaders of the future.

Young Everyman Playhouse (affectionately known as YEP) announced its presence to the world on 24 January 2012 with a flash-mob of young people descending on Williamson Square with an event that revealed how this major expansion of the Everyman and Playhouse’s existing and renowned Youth Theatre, would transform the traditional structure of engagement with young people into a collaborative and dynamic future for the theatres.

Since then, thousands of young people have benefited from this ground-breaking and life-changing programme.  It has provided opportunities for young people aged 14-25, no matter their circumstances with six programme strands – actors, writers, directors, producers, technicians, marketers – encouraging the young people to see theatre in a new light by asking them to create many exciting experiences for different audiences.

YEP has been ground-breaking since its inception as the first regional theatre in the UK to develop a programme that was more than a youth theatre, encompassing all aspects of theatre-making: actors, writers, directors, producers, technicians, marketers. It won The Stage School of the Year Award in 2015 (the first time it was won by a theatre not a drama school), created the first carbon-neutral theatre production with The Environmentalists and is considered to be “the best example of youth engagement nationally” 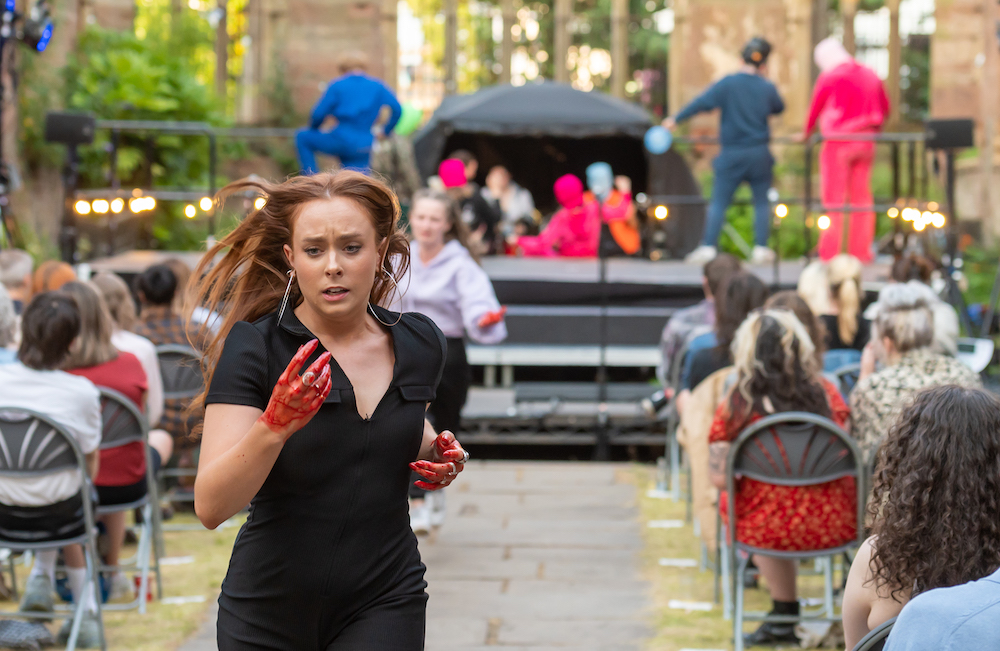 The programme provides a safe place for young people to explore, take risks, self-discover and make choices for themselves. Productions explore issues that matter to them – war, technology, politics, the environment, their city, standing up for what they believe and what they want to say to the world. One member stood for parliament in 2015 General Election as an Independent Candidate – after exploring politics in their production Until They Kick Us Out; a demonstrable example of the programme’s impact on improving confidence for the young people involved.

YEP has made a significant difference in the employability of young people, developing their skills and providing real opportunities and experiences. Previous Young Everyman Playhouse members are now graduating drama schools, appearing in tv shows and Hollywood movies, seeing their work on tv and on stages across the UK, creating their own companies and working at the National Theatre, Headlong, RSC, Philharmonic Hall and here at Everyman & Playhouse. The recruitment practice is open, inclusive and directly addresses under-representation; transforming young people’s life chances and the industry’s workforce.

MORE - 7 weekends during 2022 you have to experience in Liverpool

“What’s been achieved since we launched is truly awesome. It’s changed the lives of so many young people, not just as a training ground for the industry, but also empowering them to be themselves and make their way in the world on their own terms.”

“YEP has been a remarkable success story. It has allowed young people across the city to develop their creativity, to think, try new things and better understand the world. Now a real creative community within its own right, current members and graduates are supporting and encouraging each other as they pursue careers within the creative industries as actors, producers, writers, directors, marketers and technicians.”

Over the coming months the theatres will be celebrating all that YEP has been and all that it will be in the future. There will a new production in March called Tap Tap plus further shows in April and the annual Directors Festival in June.

YEP is financially supported through our regular funding from Liverpool City Council and Arts Council England, and enhanced by charitable trusts and foundations, alumni such as Matthew Kelly, Sir Ian McKellen, David Morrissey, Bill Nighy, Eddie Redmayne, Willy Russell and Julie Walters and the generous support of many of our audiences.

Find out more about YEP here.