The Florrie community guitar group - and Liverpool band frontman - that's taught hundreds to play - The Guide Liverpool
Contact Us Advertise with The Guide Our Video Services Follow us:

A community guitar group that’s taught hundreds of Liverpool guitarists to play is back on at the Florrie.

Weekly sessions were first started six years ago by Timo Tierney from Tea Street Band who’s a Community Hub Co-ordinator at the centre in L8.

He’s helped around 400 guitar players of all ages and abilities since then and now, after a Covid break, the group is looking forward to making music together again in 2022 and open for new members.

They’ve also just had a surprise visit – and a few tips – from one of the biggest names to come out of the city over the past couple of years.

Jamie Webster, who’s just announced a massive UK tour including a home gig at the M&S Bank Arena, joined the group to kick off the new year. 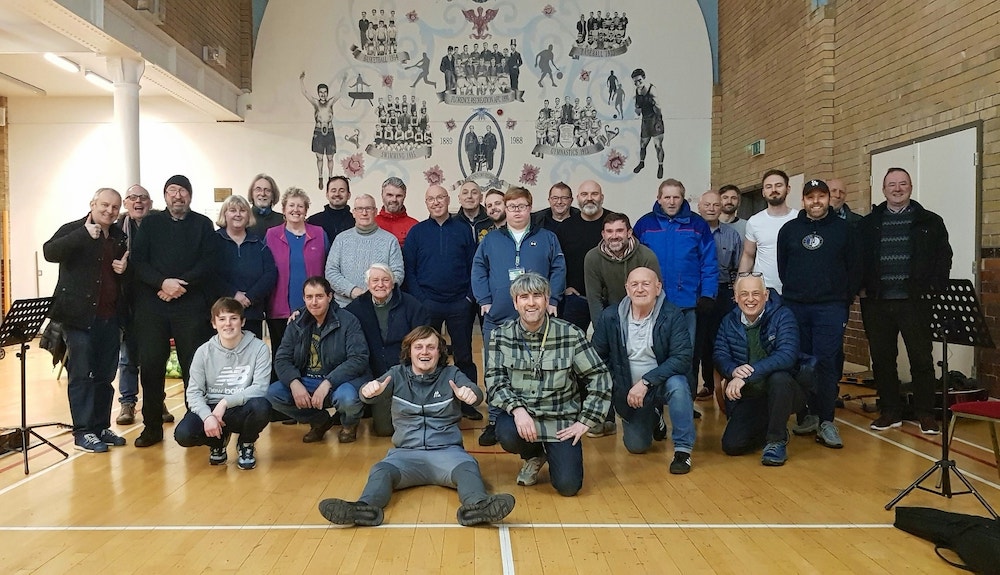 Jamie Webster with Timo and the Florrie guitar group

Timo explains: “Jamie’s a good mate so I’ve been asking him for ages and a week ago he just said, ‘I’m free this Tuesday, can I come down?’

“Once he started playing, you could feel the electricity in the room. Everyone had a fantastic evening and as people were leaving they were so happy and up.

“I often ask people I know to help out and because they see the good work The Florrie does they never mind giving their time to support the charity. They’re always really keen to get behind it so that makes it a lot easier to call on them for favours.”

It’s not just at the group where musicians have been lending their backing to the project – Timo’s also been able to get together online guitar classes featuring guest tutorials from the likes of James Skelly from The Coral, Ian Prowse, Brian Nash from Frankie Goes to Hollywood and Scottish band The Bluebells (remember the classic Young At Heart?)

Alongside the in-person sessions, Timo says the videos offer a great way for players to get started or to expand their skills if they’re a bit more practised.

The main thing is there are no restrictions, whether that’s on age, previous experience or even owning a guitar.

“We’ve got a young lad who comes with his mum right through to a guy in his 80s so there’s definitely no age limit, but I also don’t want anyone to be held back by not being able to afford a guitar or feeling like they’ve got to have this flash guitar.

“We get donations of guitars and as quickly as they come in, I give them away. It’s knocking the boundaries down about what learning should be about and making it for everyone.” 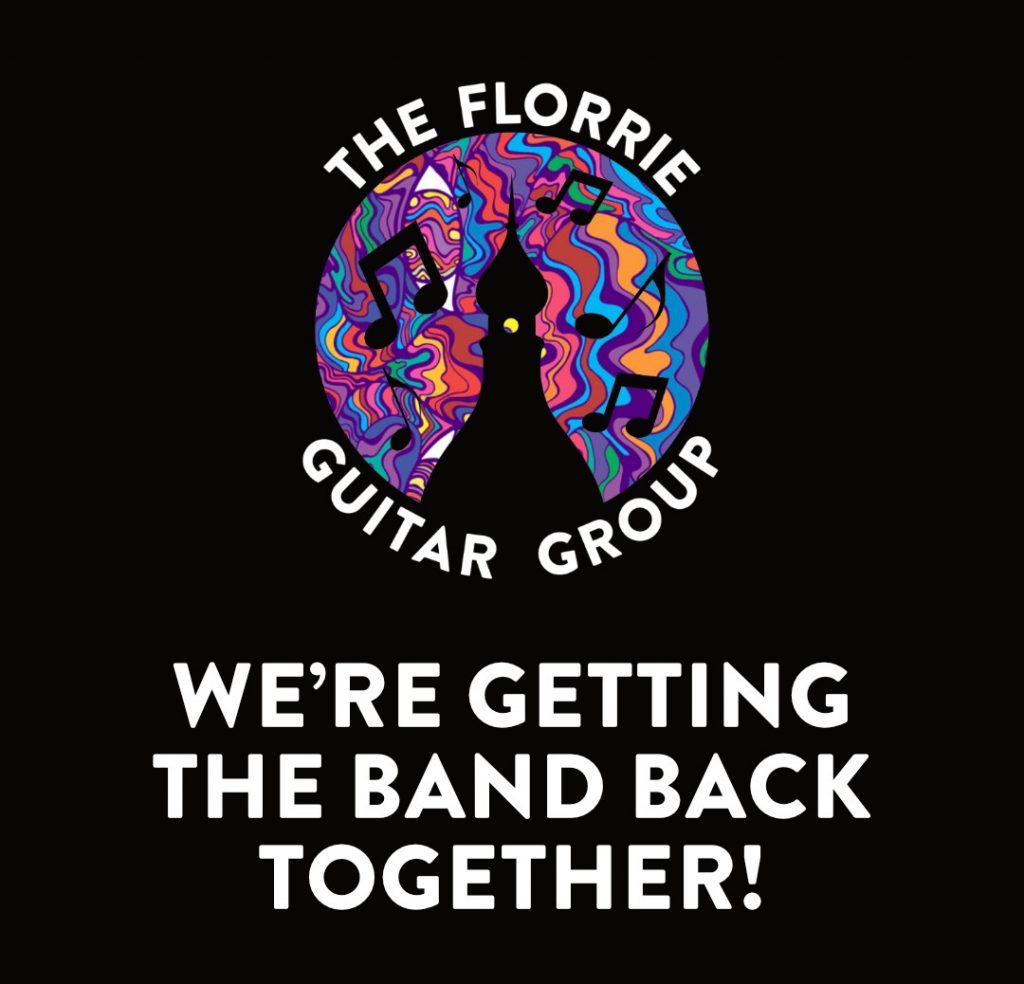 The group meets every Tuesday and Timo says it’s more than just a chance to learn chords and technique.

“It’s just a really positive thing to do. It’s not only about learning to play the guitar, it’s about seeing like-minded people.

“I’ve got about three or four people coming since Christmas who’ve never even picked up a guitar before. I like to give them a chord sheet to start off, show them where A and D are, and they can stick on those two chords and just spend the hour alternating.

“They don’t need to worry how it sounds because there’s enough people in the room and I’m loud enough that any noise they’re making gets swallowed up. 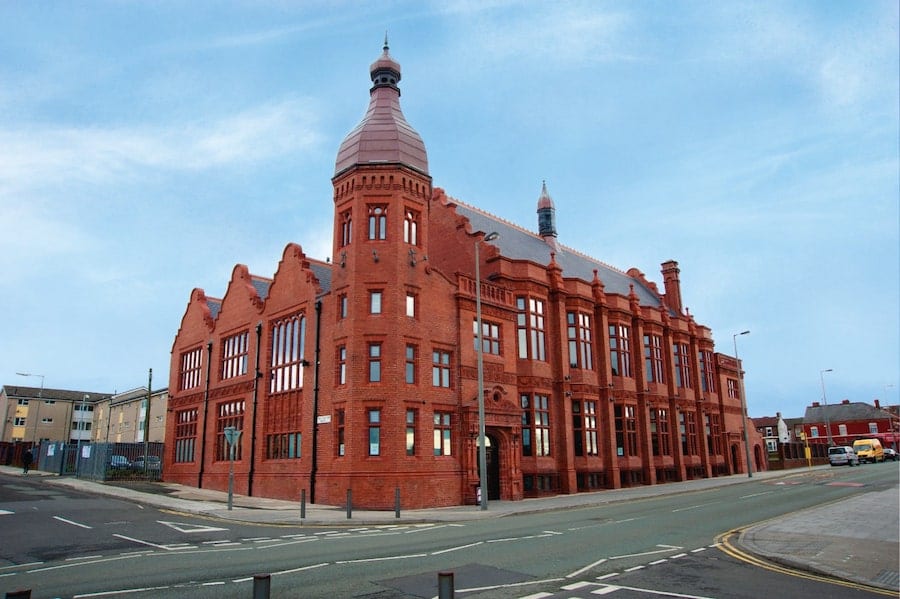 “That’s one of the good things about being in a group because when I was learning to play guitar I remember it being quite difficult because you sound terrible for the first few weeks or months. That’s when people can put the guitar down and don’t carry on because it sounds so bad. If you’re in a group with other people you don’t hear how bad you sound!

“And people do help each other, we have about 30-odd men and women coming to each session and it’s not just down to me giving one-to-one tuition, other people can help and give advice so it’s more like shared learning.”

During lockdown and in between, The Florrie shifted its focus to helping the community as a food support hub.

“We had to put the classes on hold over lockdown and The Florrie changed our way of thinking to help the community to get by, but now they’re back which is fantastic,” he says.

“We’ve played Sound City as a group, in Sound on Duke Street, and we’ve had about 40 guitarists on stage all performing together.

“There’s no better feeling than music and singing, it’s known to be so good for people’s wellbeing, and our group gives them a reason to get together and do something they’ll love.

“It can be very hard to make a step into the unknown and say, ‘I’m going to go along to The Florrie tonight with a guitar I’ve never really played before, and potentially loads of people.’ But once I get them here, they get really into it and they don’t escape!”