10 Liverpool Christmas Lights selfie spots to get you feeling festive - The Guide Liverpool
Contact Us Advertise with The Guide Our Video Services Follow us:

10 Liverpool Christmas Lights selfie spots to get you feeling festive

Yep, it might only be the middle of November but after Covid’s caused chaos for most of 2020, we can’t wait to turn misery to ‘merry’ and get a feel for all things festive.

Liverpool city centre, for one, is already in the mood with some fab light displays that are making it sparkle and shine.

And, while many of the shops are shut for now, it’s still worth having a wander around because with the streets feeling so much brighter – you can bet we will too! 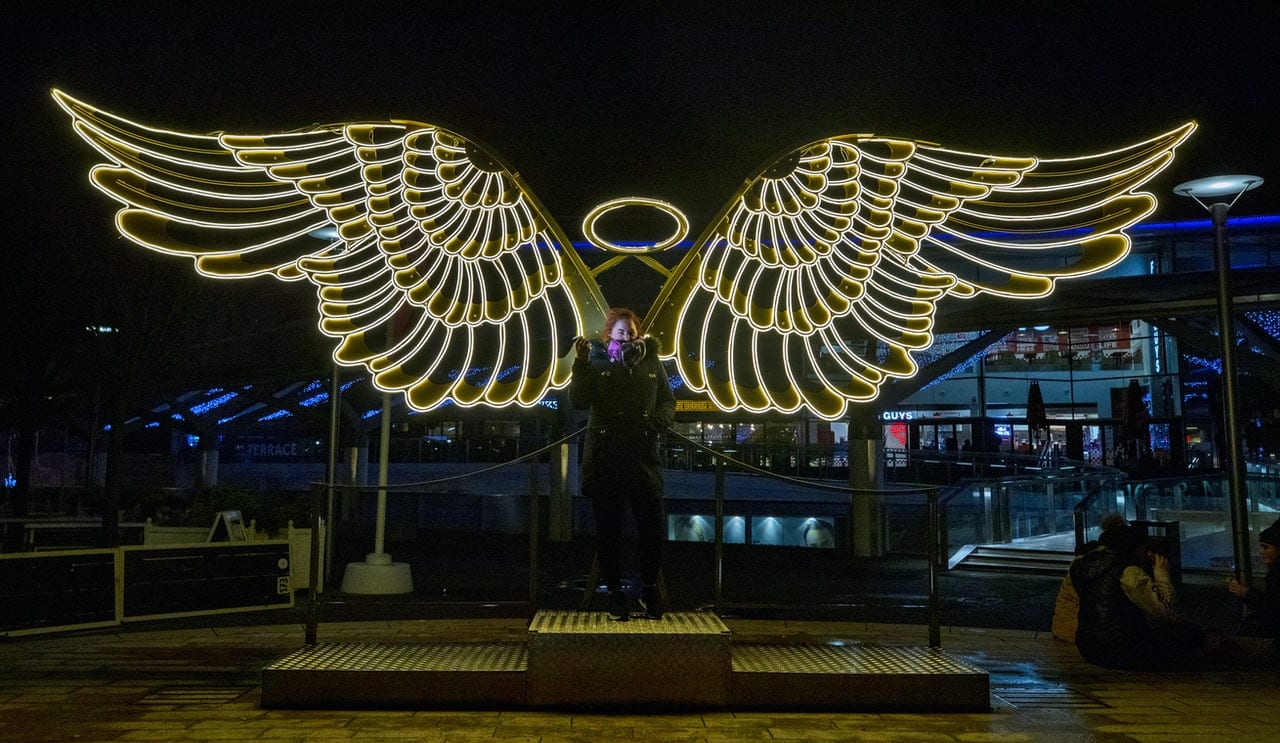 You can be your own Christmas angel with this spectacular set of angel wings which stretch out across Chavasse Park. Stand on the podium slap bang in the centre for a great selfie that’ll certainly bring you joy – and with the halo above, it might even convince Santa to put you on the ‘good’ list this year.

Who needs stars in the sky when you can stand beneath thousands of them with the canopy of lights in this famous lane off Church Street? It’s like walking through a tunnel of lights and it’ll brighten up your Christmas spirits. 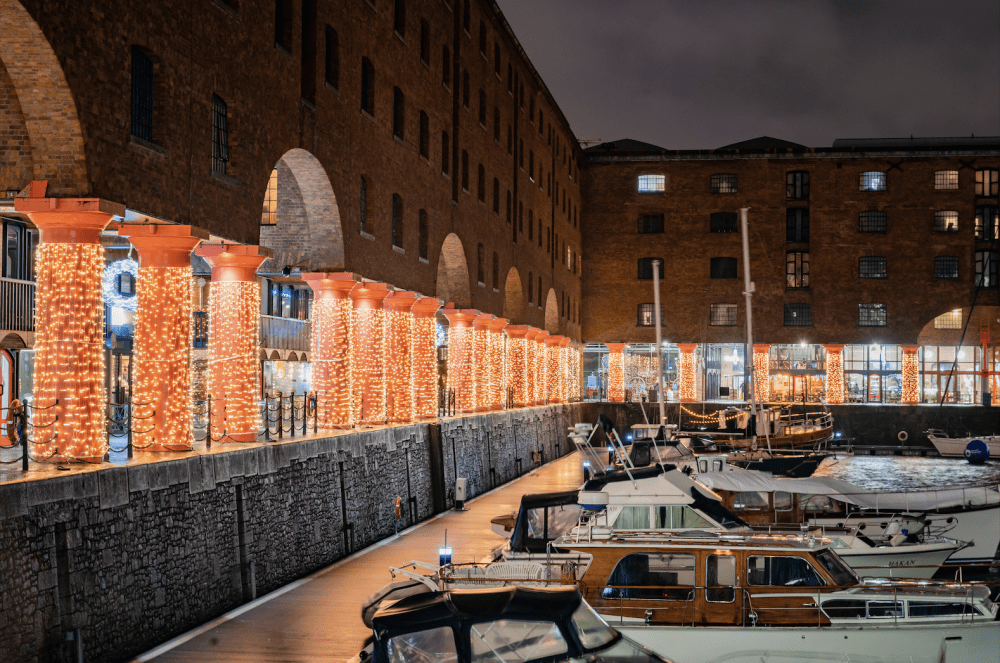 Peep from behind a pillar! When the sun goes down The Royal Albert Dock Liverpool is already one of the prettiest places in the city with its twinkling trees, but this year it’s sparkling more than ever as each of its 86 iconic columns are illuminated with more than one million glowing lights, lighting up the whole of the inner quay. 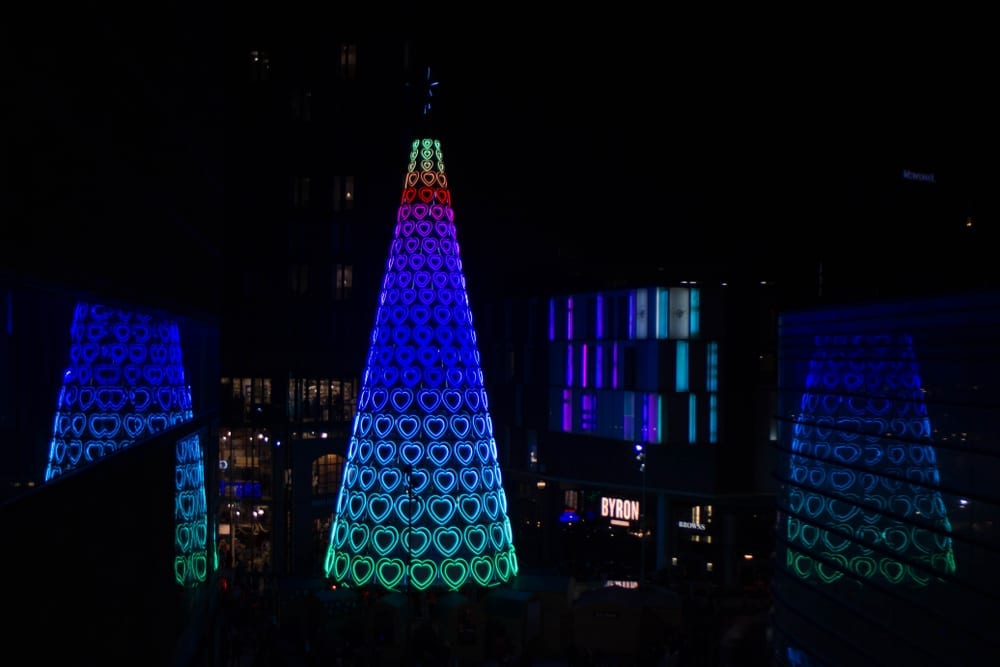 It’s not hard to see why we love this tree so much – the 30ft high Christmas Tree has become part of the city’s traditional yuletide decorations, standing tall at the top of Paradise Street.

This year, the iconic tree is turning blue at regular intervals as a mark of respect to all the great work done by our amazing NHS staff across the Liverpool City Region. 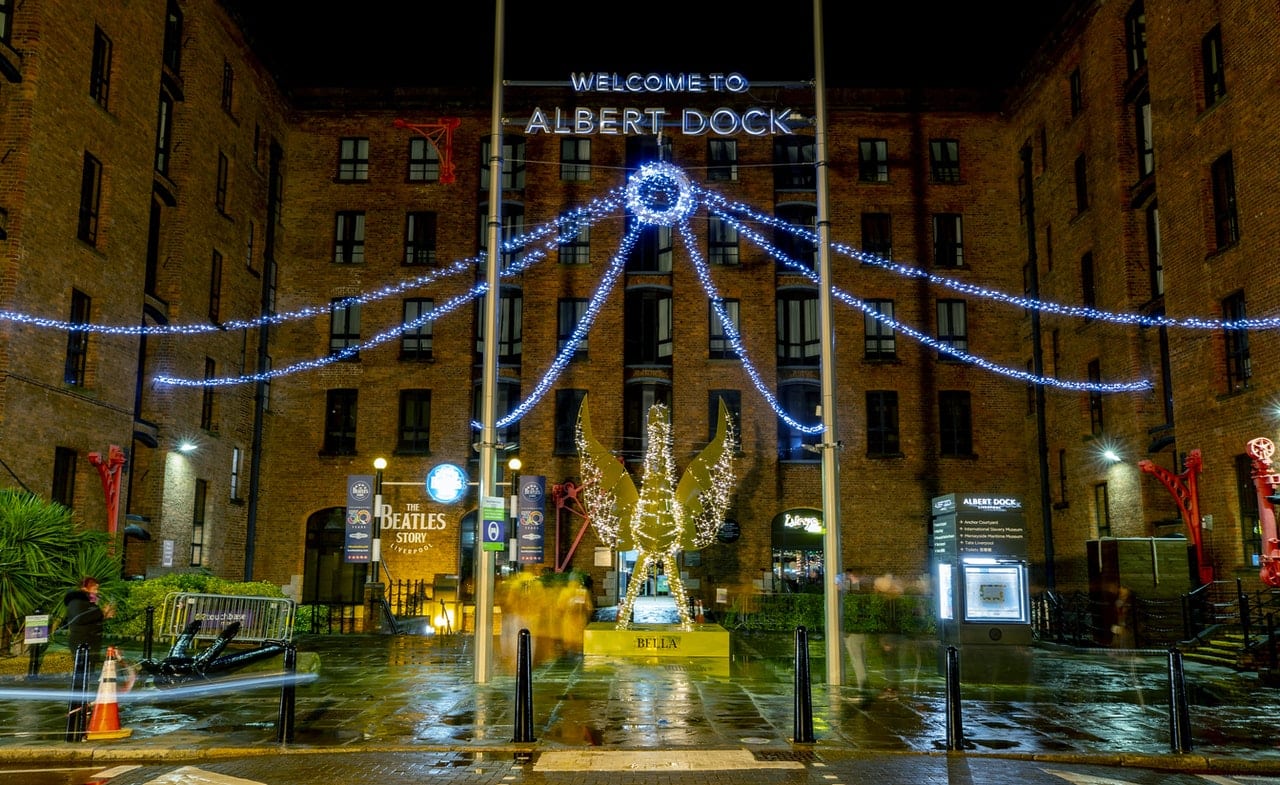 It’s back to Albert Dock to join Bertie – or is it Bella … with one of the city’s iconic symbols recreated with lights outside Atlantic Pavilion. We might not want a lot for Christmas but this is just one thing we need …to capture on camera.

Few selfies will look as festive as this one, with this giant illuminated tree in the shadow of The Liverpool Playhouse. If you get the angle right, too, you can just about get in St John’s Beacon and its festive facelift too.

Not even Rudolph’s nose shines as brightly as the spectacular reindeer which have become as much a part of Christmas as carols and Christmas pud. If ever Santa is stuck for anyone else to pull his sleigh he could perhaps sprinkle a little magic dust on the much-loved reindeers that take up residence each year in Peter’s Lane and South John Street. Or does he do that already? (Better catch them quick, just in case…) 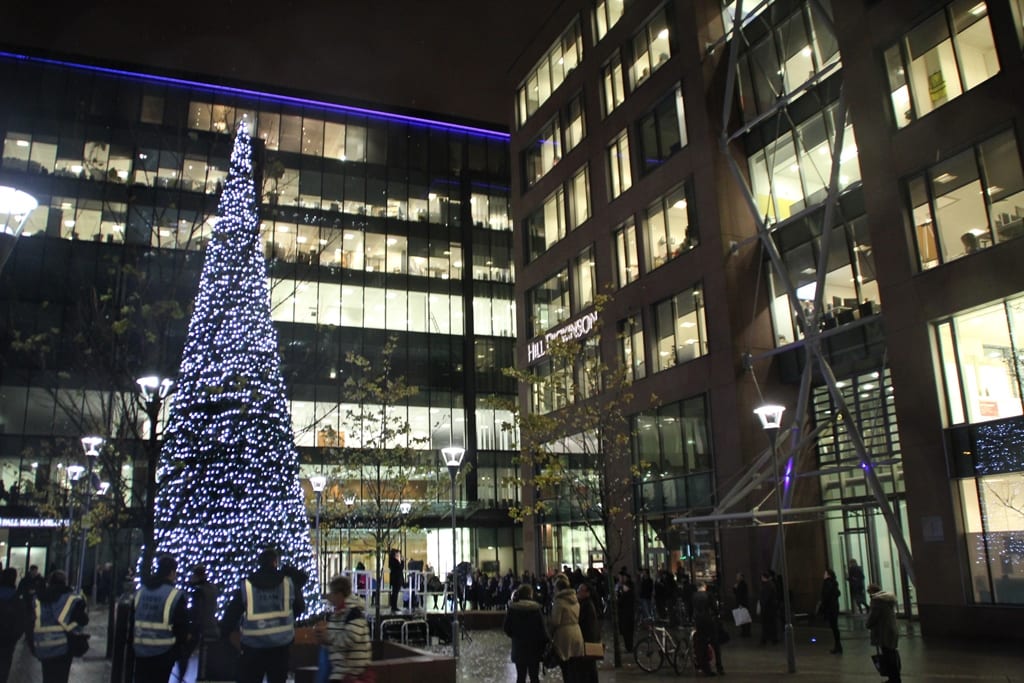 Centred in the heart of the business district near The Plaza and whole host of offices, this giant tree off Old Hall Street is seldom seen except by workers in the businesses surrounding it. It’s going to be a little lonely this year with so many workers still at home, but it’s a reminder that, whatever happens, this is the most wonderful time of the year – and never more so than this one. This is definitely one square to make a stop in.

If you want your selfie – and you – to shine, head to one of these streets which boast beautiful columns, lit up by thousands of glittering lights. They’re a regular feature in some of our well-known city streets but this year – glad tidings, they’re in more places than ever with Tithebarn Street and Chapel Street being given a seasonal spruce up too.

As if we didn’t know this busy street leading up to Bombed Out church, there’s now a sparkling banner spanning its width to announce it along with a scattering of snowflakes against blue illuminated backdrops as you walk up.

And there’s more to come…

The Church Street Christmas Tree will be brightening up the best-known shopping street by November 26 so it really is the season to be jolly, in lit-up Liverpool at least!