The largest painting by a single artist anywhere in the UK has been unveiled by Paul Curtis in Ainsdale - The Guide Liverpool
Contact Us Advertise with The Guide Our Video Services Follow us:

Award-winning street artist Paul Curtis has completed work on his largest ever mural to date – thought also to be the largest painting created by a single artist in the UK – transforming Ainsdale’s Toad Hall.

Sefton Council’s Green Sefton Service commissioned Paul to carry out the work as part of its plans to invest in and develop the Ainsdale-on-Sea coastal area.

Paul, who burst onto the street art scene around three years ago, began painting the tribute to the Sefton coast’s rare sand lizards in August.

He has used 330 litres of paint, 42 spray paint cans and spent 360 hours, through rain and sunshine, creating the incredible scene across the exterior of the building.

Depicting the environmentally important Ainsdale dunes, it features not just one, but two sand lizards taking pride of place across the design.

“We gave Paul an enormous challenge when we asked him to brighten up Toad Hall and I can certainly say that he has stepped up to that challenge. His mural is a magnificent celebration of our unique and environmentally-important coast.

“Paul has captured our Ainsdale dunes and sand lizards perfectly, and I know that people will travel from far and wide to get a glimpse of the finished mural.”

“This is a project I was extremely keen to be part of. The sheer scale and the challenge that comes with a mural like this is something I had to literally get my teeth into. I used to visit Ainsdale a lot and I often wondered what the story of Toad Hall was, but I never imagined that I would end up painting it. 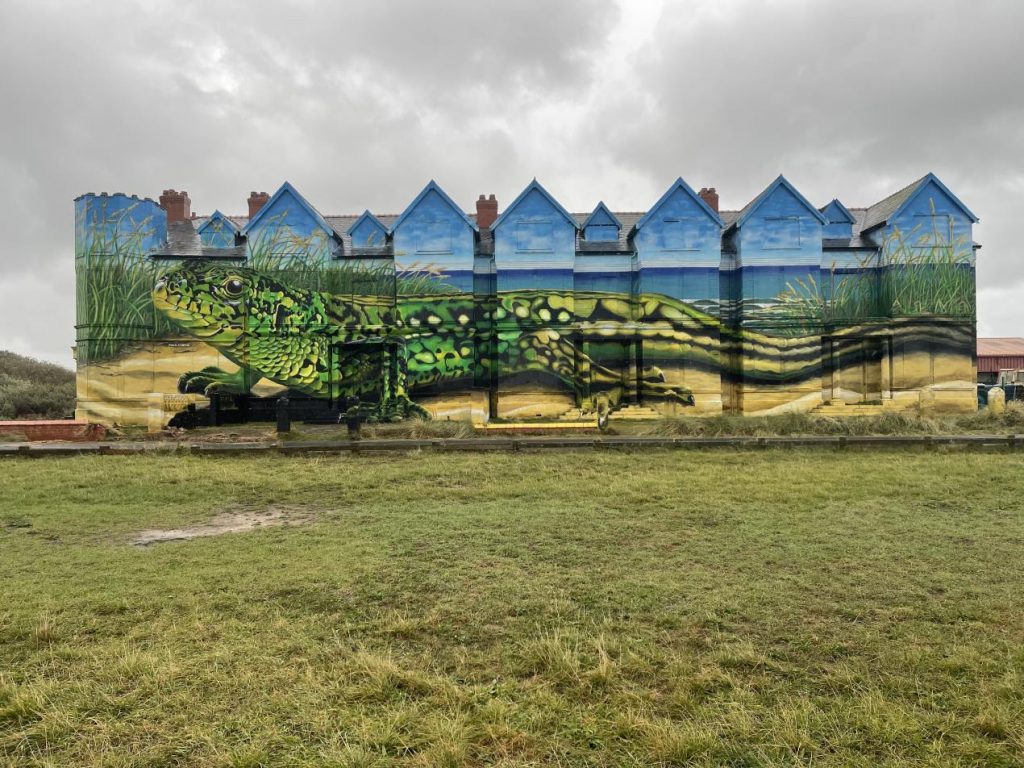 “The are many, many challenges involved with a building like this. This is far from a flat canvas; there are numerous nooks and crannies, pillars and alcoves. This presents difficulties in simply accessing certain parts, but also in making the image line up and make sense. The claws of the lizard were one of the most difficult things I have ever painted because of this 3D challenge. I knew this would be a tough assignment and I knew it would take time.”

The idea for an art installation on the Toad Hall building was developed by the Council’s Green Sefton team. They consulted with members of the community and community groups as well as local Councillors on the design for the mural.

Commenting on the design, Paul said:

“The initial designs went for the obvious…put a toad on Toad Hall. However, after producing a series of toady designs, none of them seemed to work. We took the tough decision to scrap that idea completely. Eventually the sand lizard idea was landed on. This would fit the bill. Bright vibrant colours, elongated shape to match the proportions of Toad Hall and part of the local fauna. It ticked all the boxes! 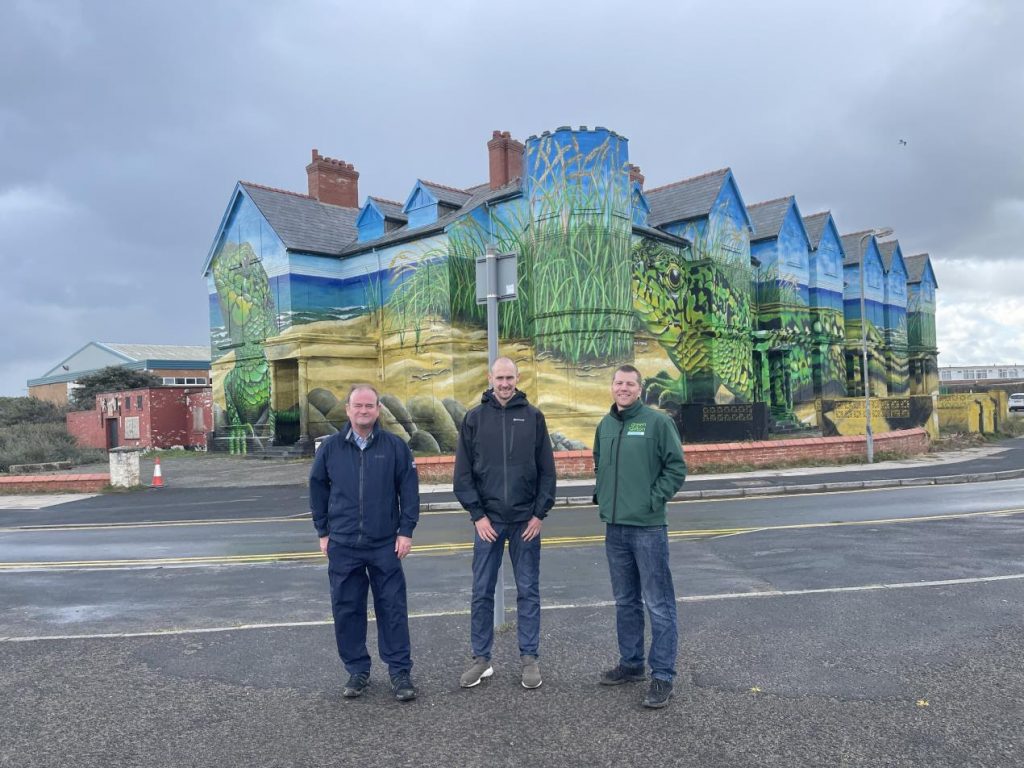 “I have never painted a lizard before, but I have done a couple of snakes, so I prepared myself for thousands of skin scales! The Marram grass and coastal environment is designed to form an illusion so that when you walk over the dunes, due to perspective, the mural should emerge from the horizon as though part of your near surroundings.”

The Sefton coast is one of the UK strongholds for the rare sand lizard species which is one of the reasons why the coastline is recognised as a Site of Special Scientific Interest – helping to protect vital habitats.

Both male and female lizards will soon be heading into hibernation which takes place between October to March.

The warmth-loving species rely on the heat of the dunes for a successful life cycle and are about 20cm long. Males are brighter green in the summer months and females usually a duller colour.

People are reminded not to dig in the dunes so as not to damage eggs or disturb hibernating lizards.

“It’s been a joy to work on this project.  So many people stopping me and really enthusing about the artwork. The joy on the kids’ faces when they see the mural. Everyone who approached me was so positive. I hope that this artwork gains national interest in the way that the Iron Men did for Crosby.

“Thanks again to everyone in Ainsdale for being so hospitable and making me feel welcome.”

“The mural has really put Ainsdale on the map and marks the start of a longer-term plan for the Council to work alongside the community to improve facilities for all, while protecting the landscape that we are all lucky to be custodians of.”

There are just a few days left for people to submit their views on the long-term development proposals for the Ainsdale-on-Sea area.

MORE - FACT has announced a new major exhibition for Autumn