The Merseyside musicians you need to hear this summer - The Guide Liverpool
Contact Us Advertise with The Guide Our Video Services Follow us:

The Merseyside musicians you need to hear this summer

The Merseyside music scene is coming back to life, with socially distanced gigs taking place in venues like Grand Central Hall, Future Yard, The Angus and more before they and the remainder open up for full shows in the coming months.

The further good news is, emerging local bands are being signed, announcing autumn shows and familiar faces are releasing new music too. We’ve put together eight of the best. 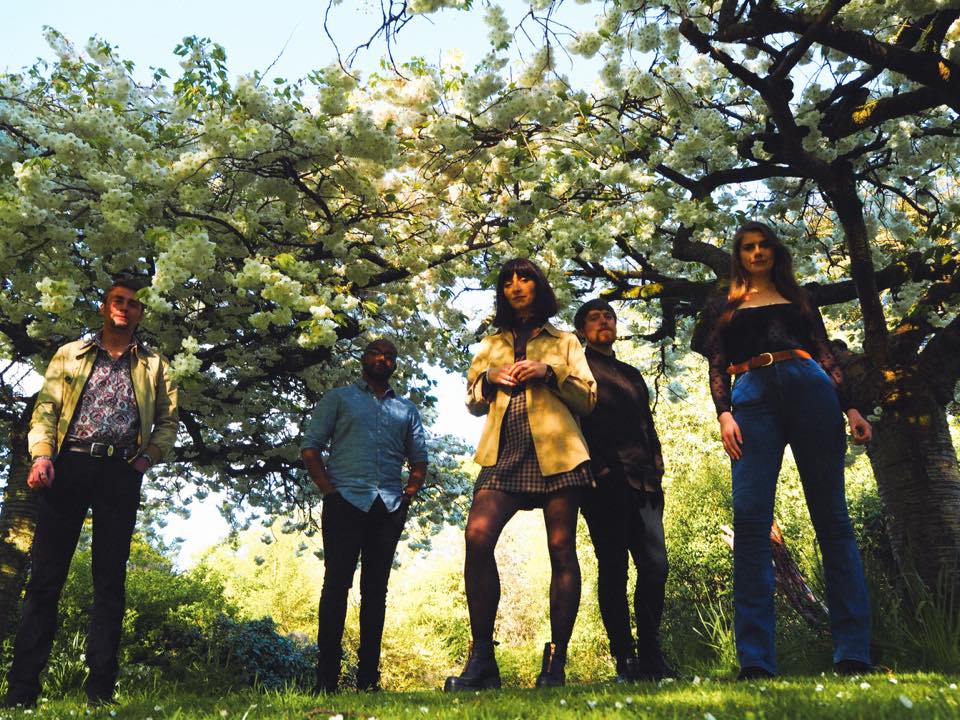 Weaving in and out of 60s and 70s rock, with incredible female and male vocal melodies and versatile songwriting, Liverpool five piece Hushtones release debut album ‘Greeting From The Other Side’ in August. It offers up dreamy pop singles, coffee shop blues tunes and no nonsense rock and roll, like the single ‘Sinking.’ Martha Goddard, Mick Campbell, Caitlin McPaul, Abe Tesfachristos and Joe Dillon have also got a whole host of gigs coming up, details to be announced. They’ve had big support on BBC Radio 1, Radio 6 and everything in between. 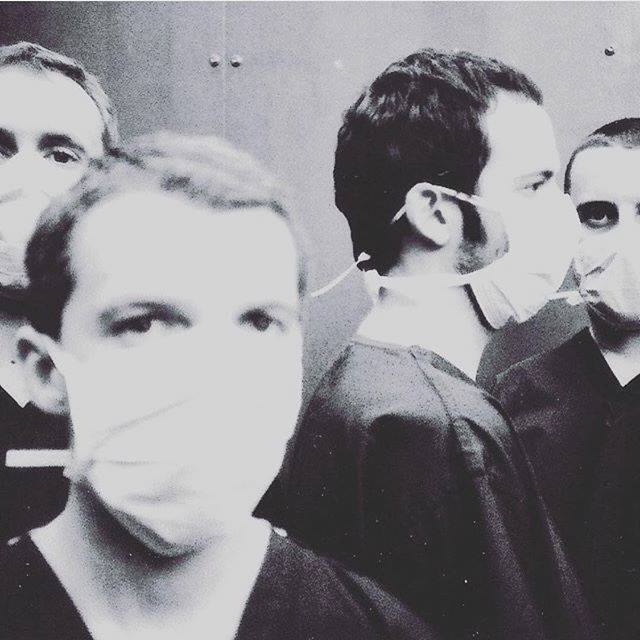 Clinic released a brand new single ‘Fine Dining’ at the beginning of June, right out of the blue. Their first new material since 2019’s ‘Wheeltappers and Shunters’, it sees the Grammy-nominated Liverpool-based duo take their music into a more electronic and euphoric direction, with pulsing synths and a disco drum. Clinic say of the new song: “Fine Dining is a slice of dance floor fun, combining the band’s love of the exotic and having a good time.”

Additionally to new music, the band – who wore surgical masks way before it got trendy, of course – are touring later this year after a nine year absence. 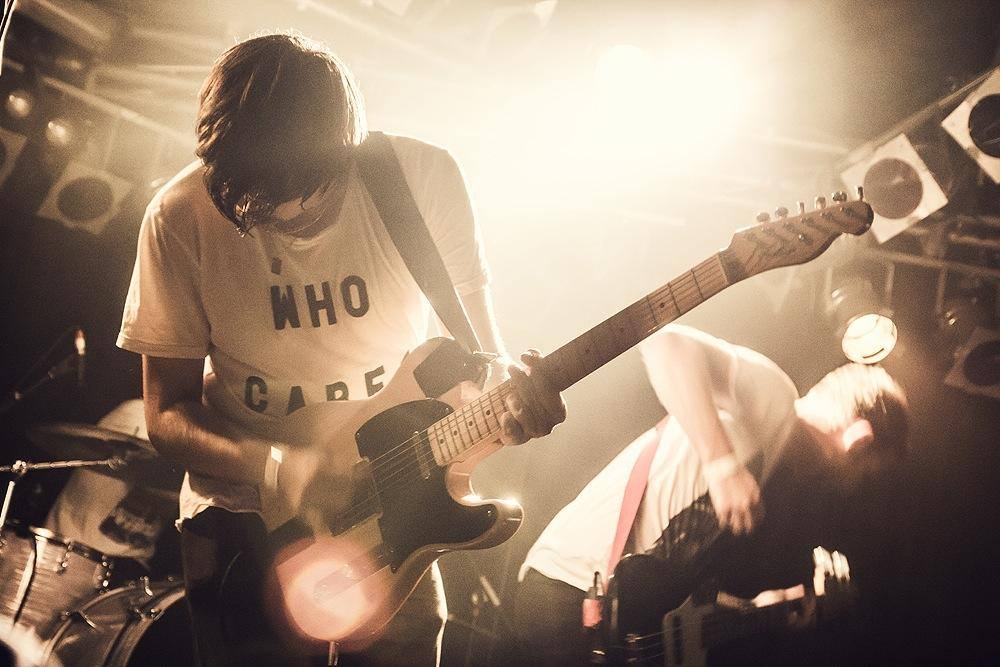 In the opening weeks of 2020 post-punk rock n rollers and Smithdown Road Festival favourites Pleasure Island played Phase One for Independent Venue Week. Lockdown lead them to play online shows like Liverpool Digital Music Festival later in the year. Now armed with new single ‘Priory’, named after the rehab clinic frequented by celebs in 1990s, they are set to take to the stage again. First off is a date at the Kazimier Stockroom in September, where Emily from Stealing Sheep will perform a DJ set, raising funds for local homeless charity Whitechapel. ’Priory’ is a punchy, stark statement about prejudice around mental health issues, and charts singer Sean’s personal story of a relationship breakdown during a period of such illness. 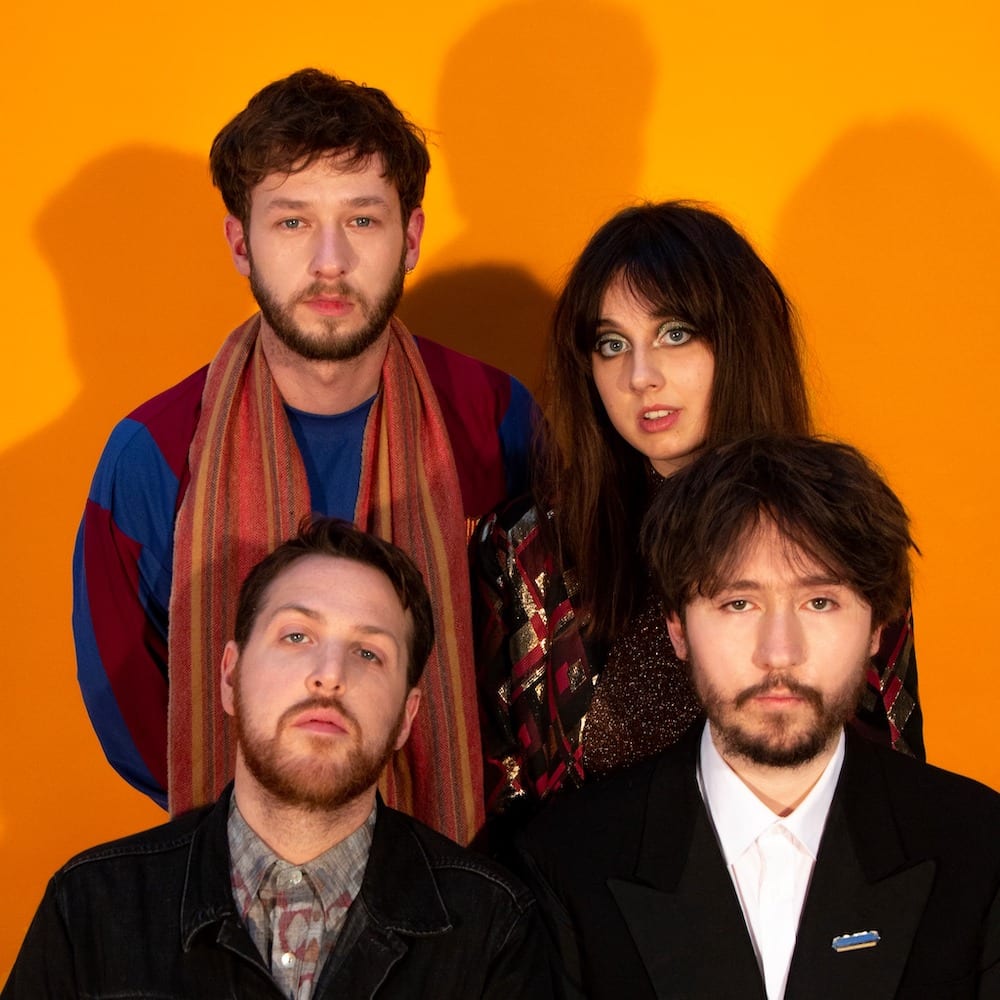 Liverpool multi-instrumentalist Tom McConnell’s new project recalls the playful foot-off-the-gas era of Paul McCartney exploring his early post-Beatles freedoms, Big Star melodies and the quirky individuality of Jonathan Richman. The debut album ‘How Are You Coping With This Century?’ is out in October. The 12 track record was written in the final weeks of 2020, between Liverpool and London.

‘Listen’ is the first single, watch the video here. 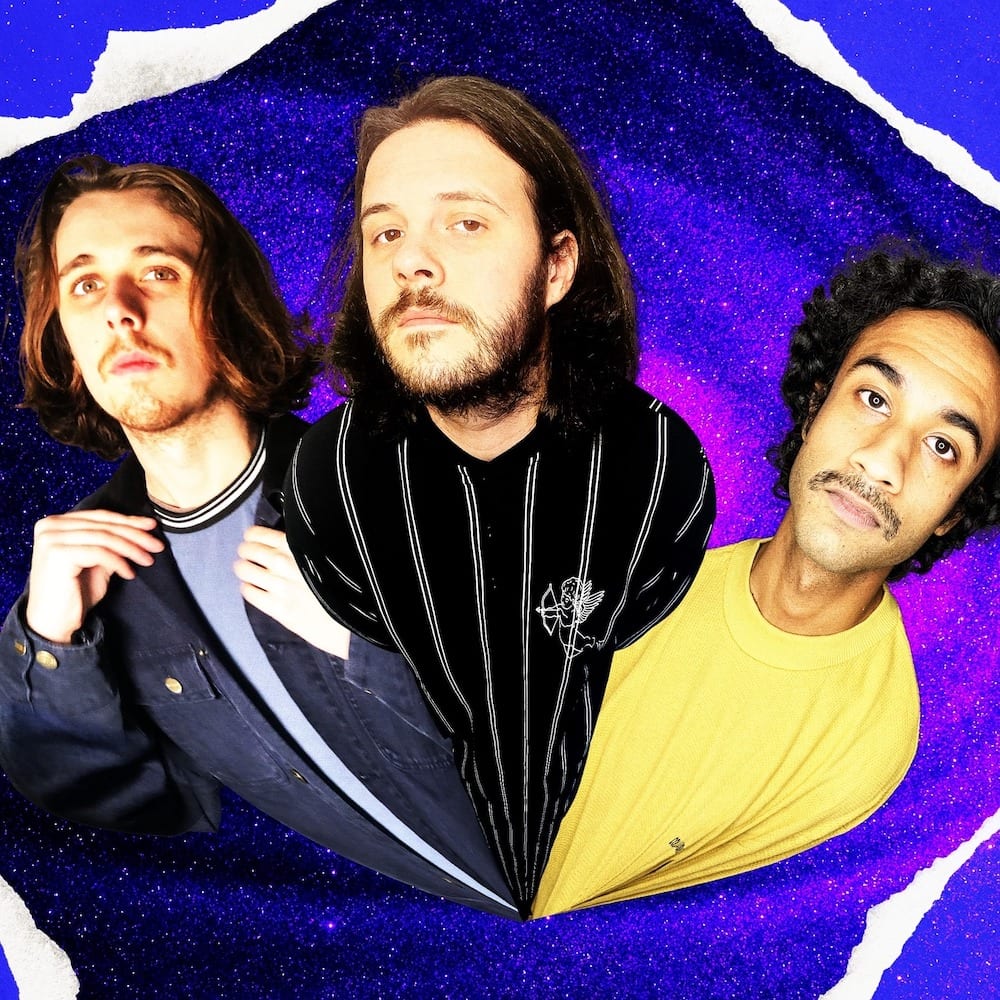 Three piece Oya Paya have just released a mini-album, the 25 minute-long ‘Connect’. The trio of South East Asian, Middle-Eastern and European roots are bound by their Liverpool origins, and reveal all of what makes them tick across the six lo-fi songs. Singles ‘Pretty Slick’ earlier this year and late 2020’s ‘Focus’ of 2020 gave us a sneak peek of what to expect and won national support from BBC Radio 1, BBC Radio 6 and BBC Introducing.
Oya Paya describe themselves as ‘a smelly group of twenty-somethings making spicy music’. Maxime McGowan (vocals/guitars) Ashwin Menon (drums/percussion), Saam Jafarzadeh (bass) finished the final parts of ‘Connect’ despite the incredible 7,000km distance between them, enforced by the global pandemic. 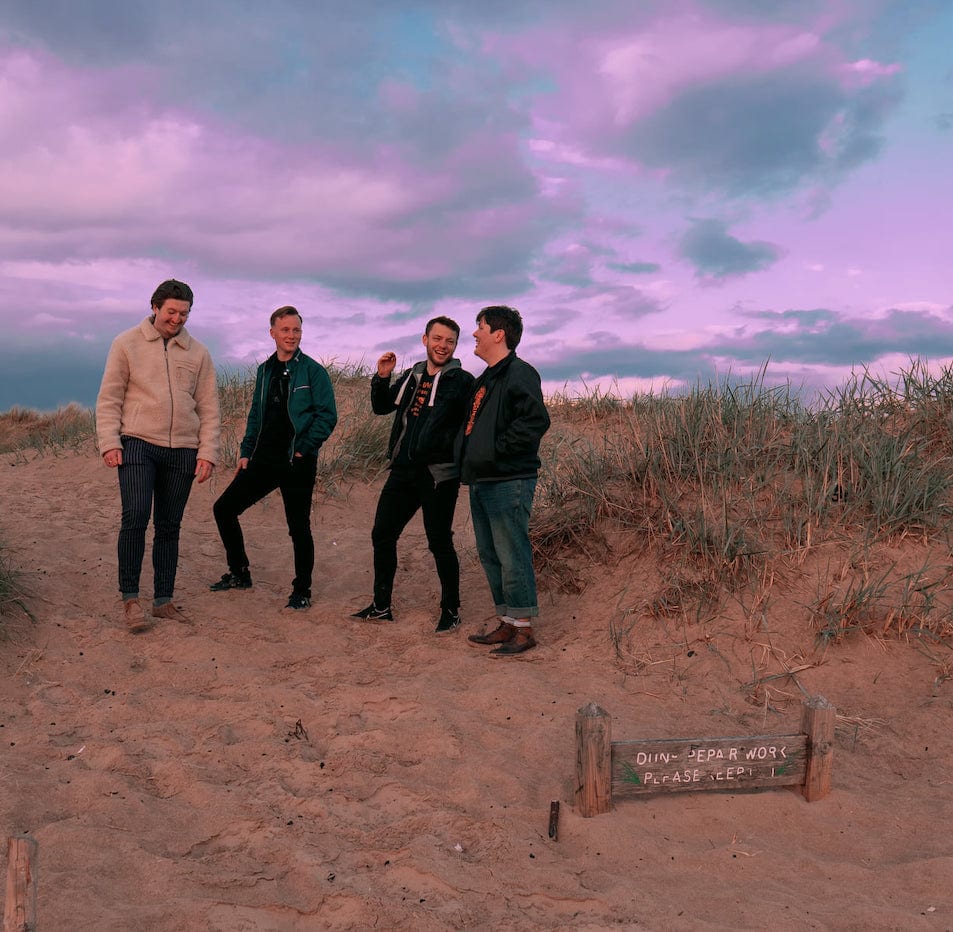 Liverpool’s latest indie darlings are made of Sean Currie (lead nocals), Stuart McNaughton (keys/synth), Sam Varney (guitar), Gianpaolo Carnevali (bass) and Dan Moore (drums). Born out of a shared love of football, and good tunes by Radiohead, White Lies and The Killers, Screentalk formed in 2019 and released debut single ‘Mountain Soda’ at the beginning of June. The song was produced by Kurran Karbal aka Munkey Junkey and guitarist for the popular ZUZU, at his studio in Birkenhead.

“The song is about the realisation that a bond has been broken and won’t ever be fixed,” says Sean. “Something that I always struggled with was worrying about what other people thought; the line in the chorus ‘life was laughing around me‘ is a reference to that. You see people posting their perfect lives on social media and once this tough period in my life came about I didn’t have the emotional tools to deal with it. It’s something that I’ve gotten over in recent years. Knowing that everyone has struggles and there’s always someone who has felt the same way.”
The video for Mountain Soda is directed, produced, and edited by Ewan Ogden. 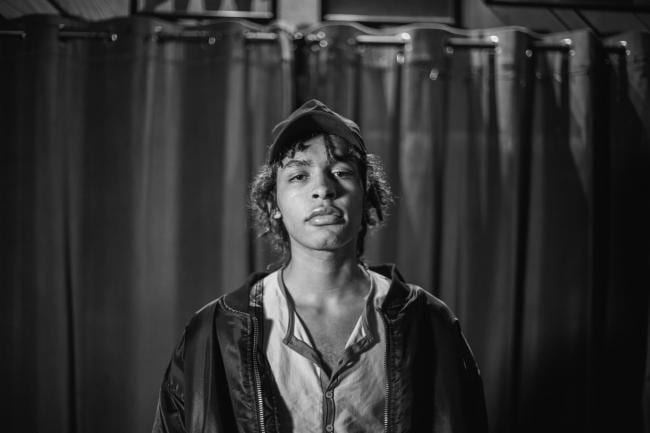 20 year old and Wirral-born, Podge is making a name for himself across Merseyside. His music is a melting pot of different styles; he cites influences as diverse as Aphex Twin, The Beach Boys and Japanese Shibuya-Kei. The multi-instrumentalist has been busy this year despite the pandemic. He has a new EP, ‘Samuso’, is the cover interview in the new issue of Bido Lito! magazine and has written and recorded the soundtrack for short film ‘Bye, Suckers!’  which is due to come out in the early July. 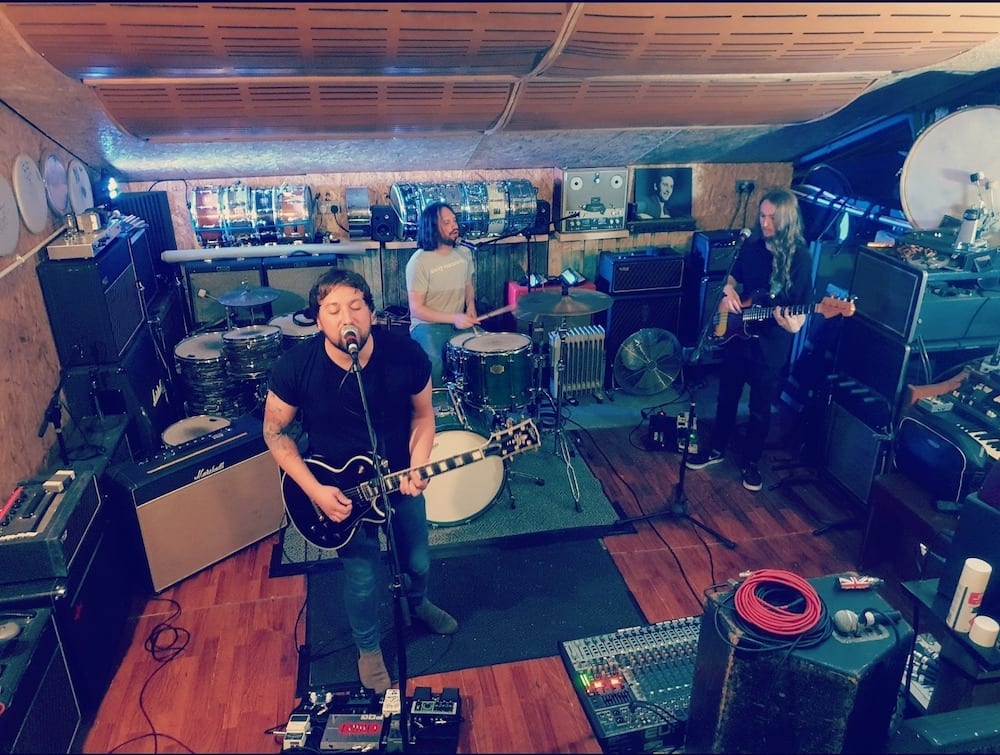 With an earth-splitting live sound and attitude to go with it, as witnessed in early single ‘Run Run Run’, the band describe themselves as ‘three chancers from the banks of the River Mersey’. Their co-headline show at Jimmy’s in October sold out within 24 hours. They open for The Real People at the same venue on Aug 28th, and you can also catch them at Wirral’s Thornton Hough Village Club the following night.