The must-see movies coming to cinemas this summer - The Guide Liverpool
Contact Us Advertise with The Guide Our Video Services Follow us:

The must-see movies coming to cinemas this summer

Summer is fast approaching, but just because the sun is shining does not mean the lure of the multiplex is not strong, especially when there are so many exciting releases to look forward to.

Doctor Strange In The Multiverse Of Madness

Hot on the heels of Spider-Man: No Way Home’s dominance of the box office at the end of last year, Marvel delivers the next instalment of mind-bending multiples in May’s Doctor Strange In The Multiverse Of Madness.

Benedict Cumberbatch is back in the title role as the world-famous neurosurgeon, and this time he is accompanied by Elizabeth Olsen’s Wanda Maximoff, aka Scarlet Witch, fresh off her run in the hit Disney+ show WandaVision.

Xochitl Gomez joins the cast as America Chavez, while Patrick Stewart, who portrayed Charles Xavier in the X-Men film series, is tipped to appear in the film in an undisclosed role. 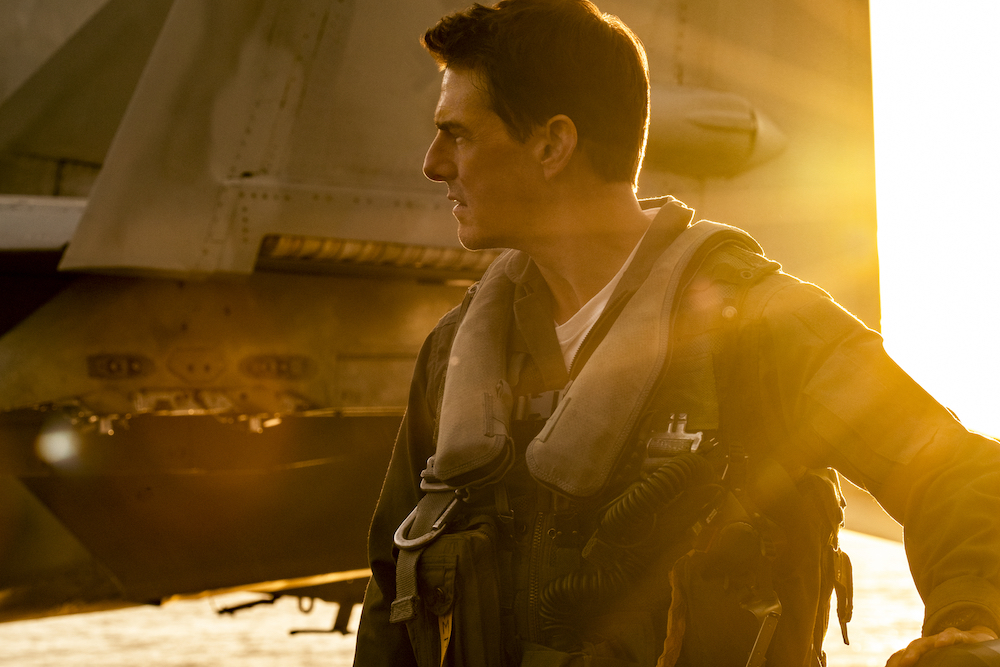 After two years of delays, Tom Cruise zips back into his flight suit when Top Gun: Maverick finally roars into cinemas.

The sequel to the 1986 action original, will see Cruise back in the pilot’s seat as Pete “Maverick” Mitchell and Val Kilmer reprise his role as Tom “Iceman” Kazansky, while Jon Hamm, Jennifer Connolly, Miles Teller and Glen Powell join the cast.

Delayed time and time again because of the Covid pandemic, Cruise will be back to teach a new group of Navy recruits a thing of two about flying planes, including Bradley “Rooster” Bradshaw, the son of Anthony Edwards’ Goose from the first film.

Now the dinosaurs are wreaking havoc in cities as the planet faces ecological disaster as it becomes terrifyingly clear humans and dinosaurs cannot co-exist. 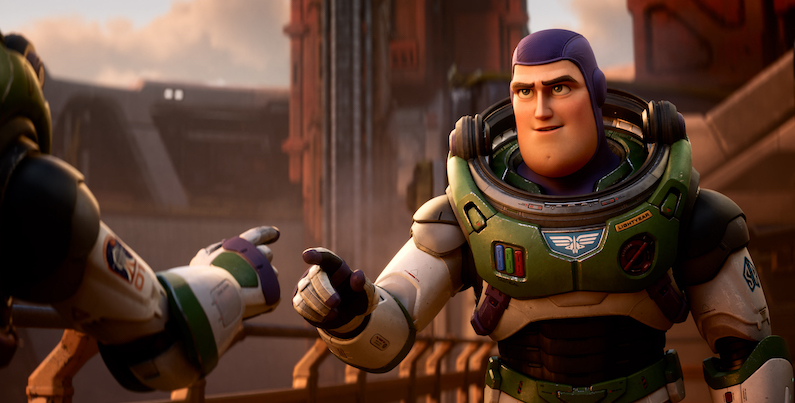 Pixar’s Lightyear, the origin story of action figure Buzz Lightyear and his adventures to infinity and beyond also arrives in June, with Chris Evans voicing the beloved character and with Uzo Aduba, Keke Palmer, Taika Waititi and James Brolin also part of the voice cast.

The film will tell the story of the hero who inspired the toy and follows the legendary Space Ranger after he’s marooned on a hostile planet 4.2 million light-years from Earth alongside his commander and their crew.

As Buzz tries to find a way back home through space and time, he is joined by a group of ambitious recruits and his charming robot companion cat, Sox. 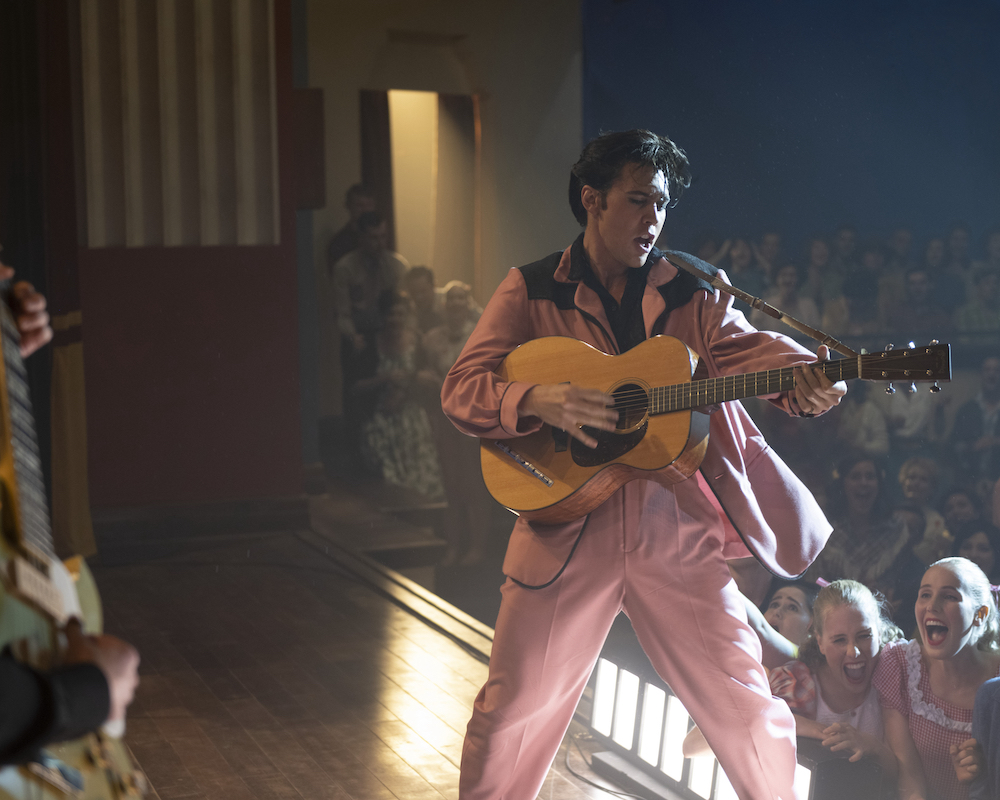 Baz Luhrmann’s Elvis Presley biopic Elvis, starring Austin Butler and Tom Hanks, is also due out in June and explores the life and music of the legendary singer seen through the prism of his complicated relationship with his enigmatic manager, Colonel Tom Parker, played by Hanks.

The film gained infamy early in the pandemic when Hanks was diagnosed with coronavirus during the shoot in Australia, the first A-list star to get the illness, but hopefully will make headlines for the right reasons when it is finally released.

The story delves into the complex dynamic between Presley and Parker spanning over 20 years, from Presley’s rise to fame to his reign at the top of the charts, all set against the backdrop of the evolving cultural landscape and loss of innocence in America.

Where The Crawdads Sing 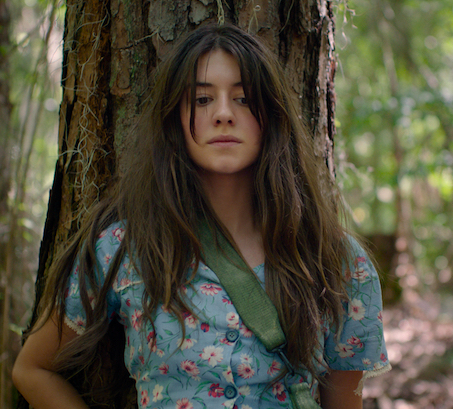 As the summer heats up, the eagerly anticipated adaptation of Delia Owen’s bestselling book Where The Crawdads Sing, starring Normal People’s Daisy Edgar-Jones and Harris Dickinson, will also arrive.

Produced by Reese Witherspoon, who included the novel in her book club, the film tells the story of Kya, an abandoned girl who raised herself to adulthood in the dangerous marshlands of North Carolina, becoming increasingly isolated from her judgemental community.

After she befriends two young men from town, one of them is found dead and she is immediately cast as the main suspect, but as the case unfolds, the verdict as to what actually happened becomes increasingly unclear.

Minions: The Rise Of Gru

July brings the return of everyone’s favourite small yellow creatures in Minions: The Rise Of Gru, the origin story of how the world’s greatest supervillain, voiced again by Steve Carell, first met his trusty Minions.

It finds Gru when he was just a 12-year-old boy in 1970s suburbia, plotting to take over the world from his basement but not getting very far until he crosses paths with the Minions, including Kevin, Stuart, Bob, and Otto—a new Minion sporting braces and a desperate need to please.

Chris Hemsworth will return to swing his hammer in Thor: Love And Thunder, also in July, reuniting on screen with Natalie Portman’s Jane Foster and Tessa Thompson’s Valkyrie.

The film sees Thor on a quest for inner peace but his retirement is interrupted by a galactic killer known as Gorr the God Butcher, played by Christian Bale, who seeks the extinction of the gods.

To combat the threat, Thor enlists the help of some old pals, including his ex-girlfriend Jane, who – to Thor’s surprise – inexplicably wields his magical hammer, Mjolnir, as the Mighty Thor.

Meanwhile Oscar winner Daniel Kaluuya reunites with his Get Out director Jordan Peele for their new collaboration Nope. While the plot is a closely guarded secret, the film is described as an “expansive horror epic.”

It also stars Hustlers actress Keke Palmer and The Walking Dead’s Steven Yeun as residents in a lonely gulch of inland California who bear witness to an uncanny and chilling discovery.

Sounds like plenty of reasons to stock up on the popcorn.