The new Everton third kit has launched featuring the iconic Prince Rupert's tower icon - The Guide Liverpool
Contact Us Advertise with The Guide Our Video Services Follow us:

Everton and hummel have put the iconic Prince Rupert’s Tower at the heart of the Club’s 2022/23 third kit design – with the strip now available to buy online at evertondirect.com and in store at Everton One and Everton Two.

The striking yellow and blue offering features the tower icon in place of the full club crest, with the tower outline also reflected in a pattern that runs across the bottom section of the shirt and takes its inspiration from a feature of the popular yellow kit worn by Everton between 1990 and 1992.

Like the shirt, the playing shorts and socks are yellow with blue chevrons and detailing. The tower icon features on the front of the shorts and, mirroring this season’s home and away shorts, the hummel logo appears on the rear.

The goalkeeper kit – also available to buy now – is mandarin, with old gold and black detailing.

Everton’s men’s First Team will wear the kit for the first time when they take on Aston Villa in the Premier League on Saturday, with kick-off at 12.30pm.

It is not the first time Everton has represented its identity on a kit using an alternative to the full club crest. During the 1970s, the Club used ‘EFC’ lettering on its shirts, and between 1983 and 1991 dropped the crest’s shield element.

Indeed, the 1990-1992 away kit featured a tower icon and laurel wreaths set beneath the letters ‘EFC’ – a look recognised by the inclusion of an embroidered EFC on the neck of this season’s third shirt.

Everton’s players took part in a fashion shoot to demonstrate how the new shirt goes beyond being performance wear and can be part of a casual everyday style. 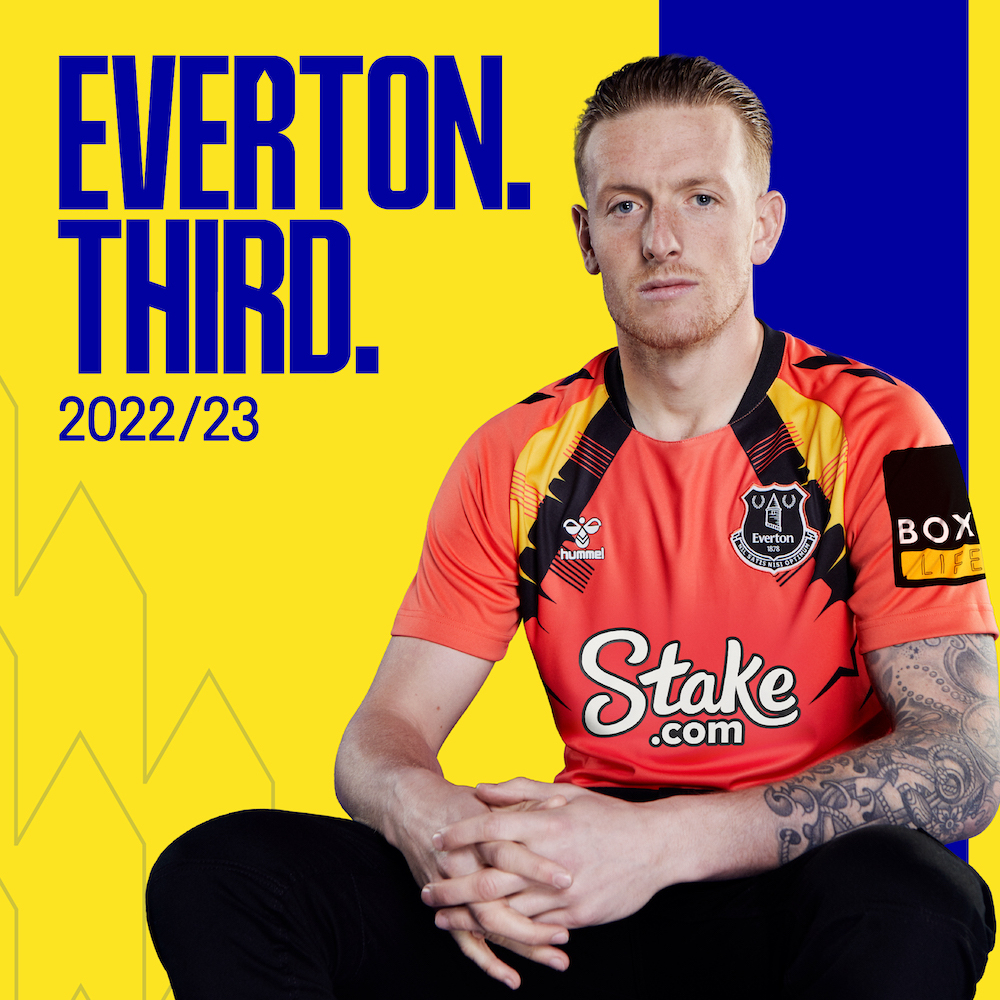 “I’m looking forward to wearing it out on the pitch this season.

“I think the kit is cool. It’s bright, it’s bold, but it’s stylish and it’s more than just a football shirt – it looks good with jeans and shorts too.

“Trying to show how this kit can be a fashion item was what this kit shoot was all about, and it was one I definitely enjoyed being a part of.” 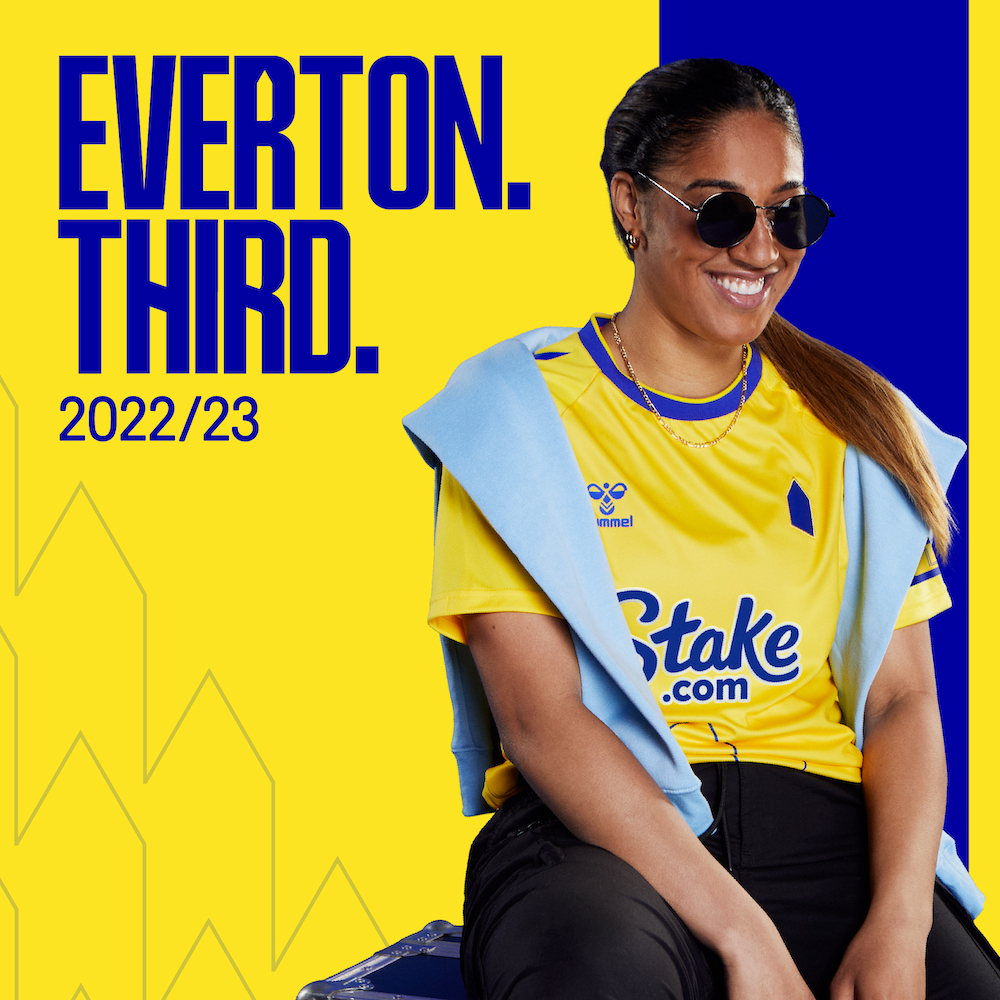 Prince Rupert’s Tower, built on Netherfield Road in the Everton district of Liverpool, opened in 1787 and stands to this day. It has featured on Everton’s club crests since 1938.

Everton adopted the tower icon as a branding mark in June 2021 and it has been visible on merchandise as well as across Club marketing materials and content ever since.

As with all Everton kits since the start of the 2021/22 season, the third kit has been produced using the ECO8 process, meaning each shirt is manufactured from eight bottles and uses minimal water in the dying process, further supporting the Club’s continued commitment to its Everton for Change environmental campaign.

“The aim with this kit was to create something a bit different, while keeping within some traditional colours associated with Everton kits. We think hummel have done a great job of creating something that will look great on our players on matchday, and also appeal to our fans, who I’m sure will respond well to it – as they have done the other kits that have launched this summer.”

“Evertonians know that at hummel we love to be bold with our designs – but that we do that in a way that always takes inspiration from this Club’s great history.

“The tower is synonymous with Everton and that is why we wanted it to be represented in all three of this season’s kits, culminating in the use of the icon as an identity mark on the third kit.

“It is something that Everton has done before going back many decades, and yet it gives this new kit a modern and contemporary twist that we are sure Evertonians are going to enjoy and appreciate.”

Everton’s 2022/23 third kit is on sale now in store at Everton One and Everton Two and online at evertondirect.com.

MORE - Did you know these people have received the Freedom of the City of Liverpool?