The posters are everywhere, but who are Liverpool's 'One Tit Wonders'? - The Guide Liverpool
Contact Us Advertise with The Guide Our Video Services Follow us:

The posters are everywhere, but who are Liverpool’s ‘One Tit Wonders’?

Posters are being pasted up all around Liverpool city centre over the next couple of weeks, spreading a powerful message about breast cancer survivors.

Created in the city last summer, a set of new posters are hard to miss, featuring not just drawings of a woman with one breast, but some deliberately straight-to-the-point language.

They are, explains artist Claire Collison, all about raising awareness of what she calls ‘The One Tit Club’ and ‘Liverpool’s One Tit Wonders.’

Claire, who had a mastectomy without reconstructive surgery back in 2014, wanted to get the word out literally on the street about women who make the same decision as her.

“Only 30% of women who have mastectomies actually get reconstruction,” she says. “I wanted to show that there are a lot of women out there who look like me and that we’ve nothing to be ashamed of.” 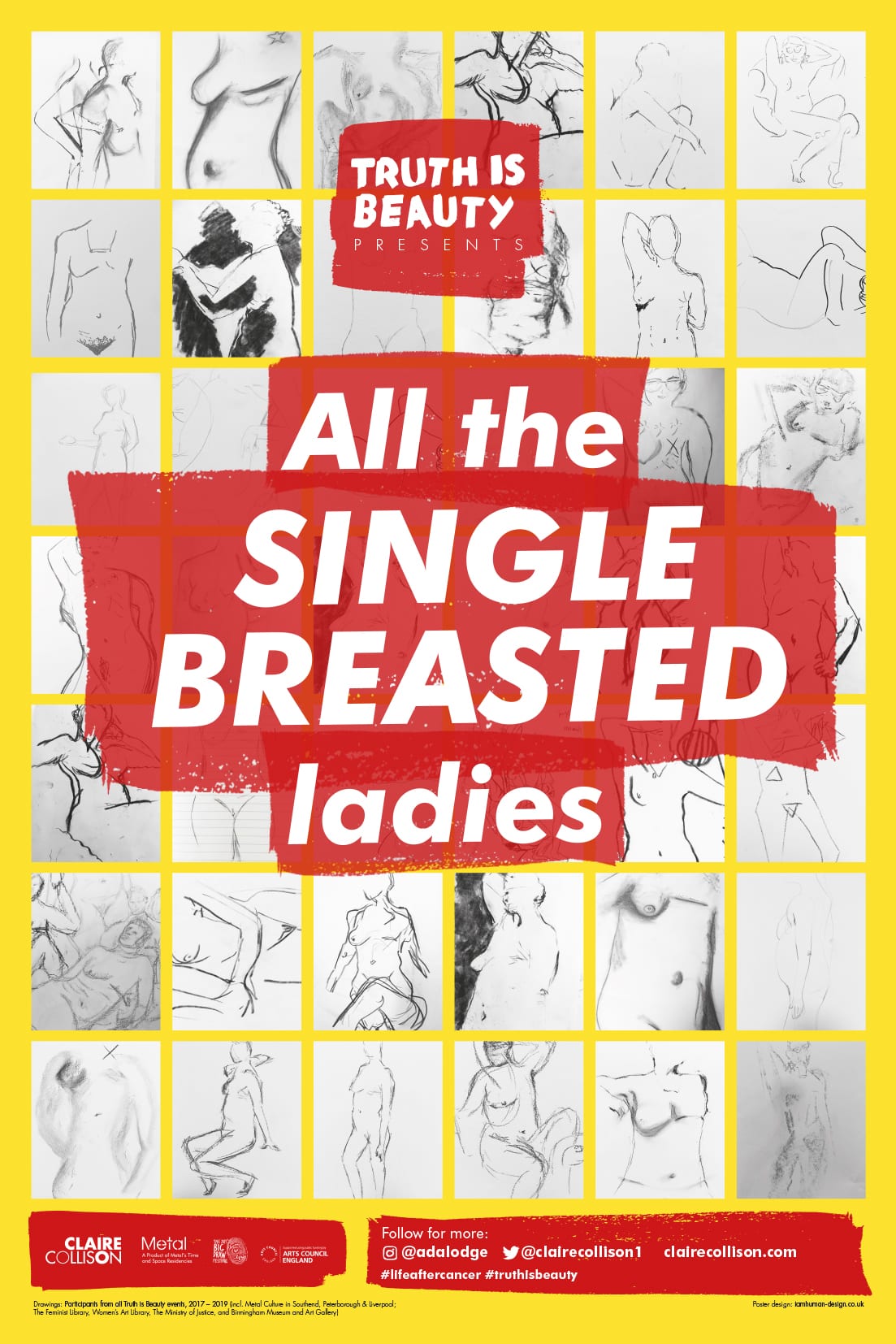 After spending time in Liverpool last summer, working with Metal who are based in Edge Hill Station, Claire created the posters which will be appearing across the city in the run up to International Women’s Day on March 8.

“When I got breast cancer there were no representations of women without reconstruction so it was hard for me to make an informed decision about what to do – you’ve got to see it to be it,” she explains.

“I’ve been a life model for a long time and used my body in art so I wanted to do something to change that, and to change the lack of visibility for the One Tit Club.

“First I developed a walk around Liverpool because I thought if people met me and talked to me, they’d be more likely to come to a life modelling performance.

“So we walked around and looked at how breasts are represented on our streets and in our world – it hit me how symmetrical so much of the architecture is in Liverpool, and if your body’s not symmetrical then how does that make you feel, that everything comes in a pair?

“We went onto the roof of Central Library and looked at how many domes there are in Liverpool, then we went to the Walker and there’s a fantastic painting in there called Jugs … that was a gift!

“We went to shops like Ann Summers and Victoria’s Secret, and we went to Rodney Street and saw all the places where women go for cosmetic breast enhancement – Liverpool has the highest number of women having that type of surgery in the country.”

MORE - Global Scouse Day 2020: Everything you need to know 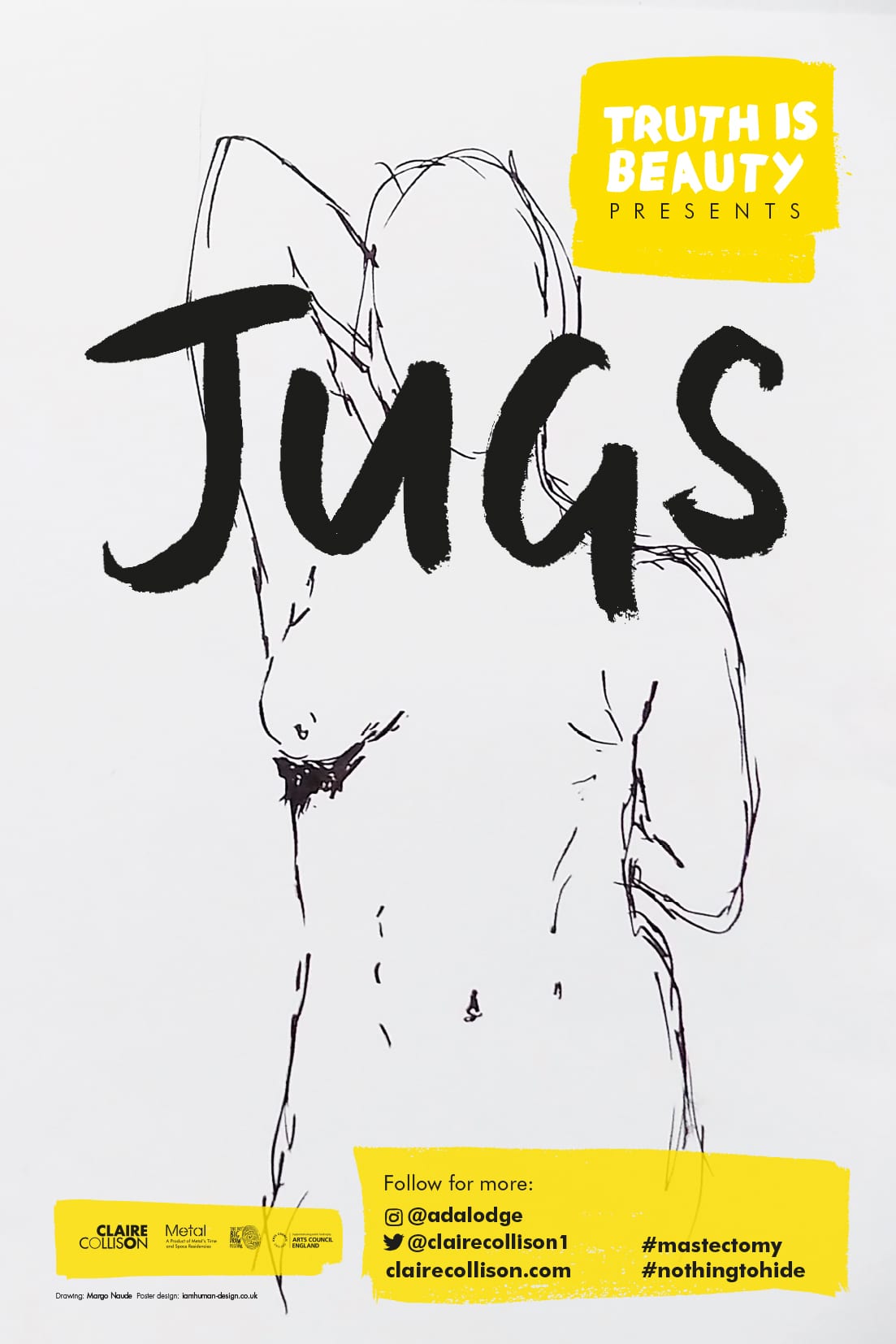 The second stage of Claire’s project was Truth Is Beauty, where she invited women to take part in a life modelling session – she was the model, performing a monologue while she posed.

There are seven different designs going up around Liverpool – the first ones were pasted at sites including Upper Duke Street, Great George Street, Liverpool Cathedral and Lime Street on Friday – and they’ll be rolled out over the next couple of weeks until there are 50 in total.

“The words on the posters – jugs, the one tit club, wonky revolution – are deliberately provocative, there’s a humour in them and the language is very direct. There’s also one which makes a jokey reference to the Beyonce song, called ‘All The Single Breasted Ladies.’

“They’re meant to provoke a conversation, to raise an eyebrow and maybe a smile,” adds Claire.

Claire is keen for people to take photos of the posters if they spot them, continue the conversation by sharing on social media – tagging her on Instagram @adalodge, and Twitter clairecollison1 – and find out more about the project on her website here.

“I wanted the posters to be on the streets where everyone can walk past or drive past and see them and think ‘what’s that?’ then find out more. It’s about saying to women who haven’t had reconstruction, ‘there’s nothing to be ashamed of, nothing to be embarrassed about or to hide.’”