The Queen will lie in state in London ahead of her funeral.

Here is some of the information mourners need to know.

What exactly is meant by the term “lying in state”?

Lying in state is usually reserved for sovereigns, current or past queen consorts, and sometimes former prime ministers.

During the formal occasion, the closed coffin is placed on view, as thousands of people queue to file past and pay their respects.

When and where will the Queen lie in state?

The late monarch’s lying in state in Westminster Hall opens to the public at 5pm on Wednesday and it will be open 24 hours a day until it closes at 6.30am on Monday September 19 – the day of the Queen’s funeral.

Where is Westminster Hall?

Westminster Hall, which dates back to 1099, is in the Palace of Westminster and is the oldest building on the Parliamentary estate.

It forms part of the Westminster Unesco World Heritage Site and the UK Parliament website refers to its “great size”, the “magnificence” of its roof, and its central role in British history.

The building has been the site of key events, such as the trial of Charles I, coronation banquets, and addresses by world leaders. 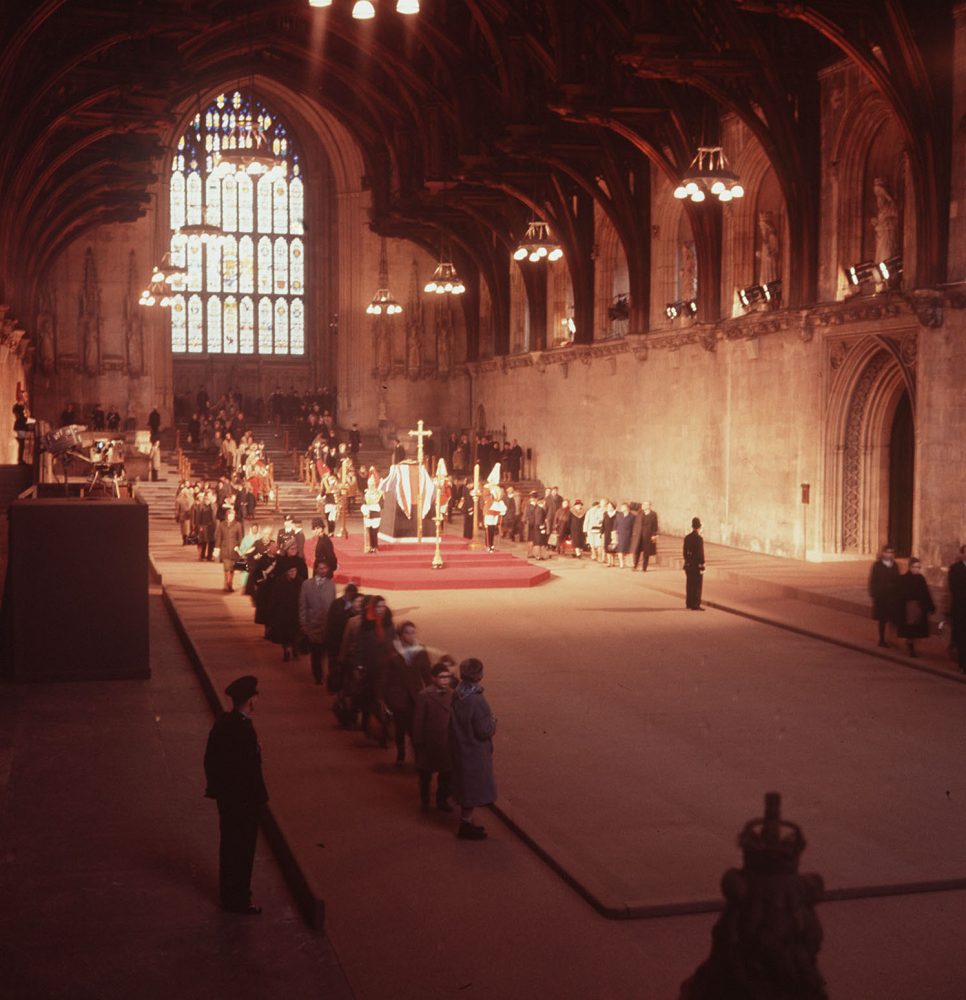 Will there be a queue?

Yes. Government guidance says there will be a queue which is expected to be very long.

People will need to stand for “many hours, possibly overnight” with very little opportunity to sit down as the queue will be continuously moving.

As large crowds are expected, there are likely to be road closures and delays on public transport.

Will security be tight?

Visitors will go through airport-style security and there are tight restrictions on what you can take in, with people allowed just one small bag with one simple opening or zip.

Is there anything I need to bring?

Official guidance suggests that people should bring suitable clothing for the weather, food and drinks to have while queueing, a portable power bank for your mobile phone and any essential medication.

People are also advised to dress appropriately for the occasion.

Are any items banned?

Yes. There is a list of banned items which includes flowers or other tribute items, including candles, soft toys, and photographs.

The Government guidance says people should not film, photograph, use mobile phones or other handheld devices in the security search area or within the Palace of Westminster. 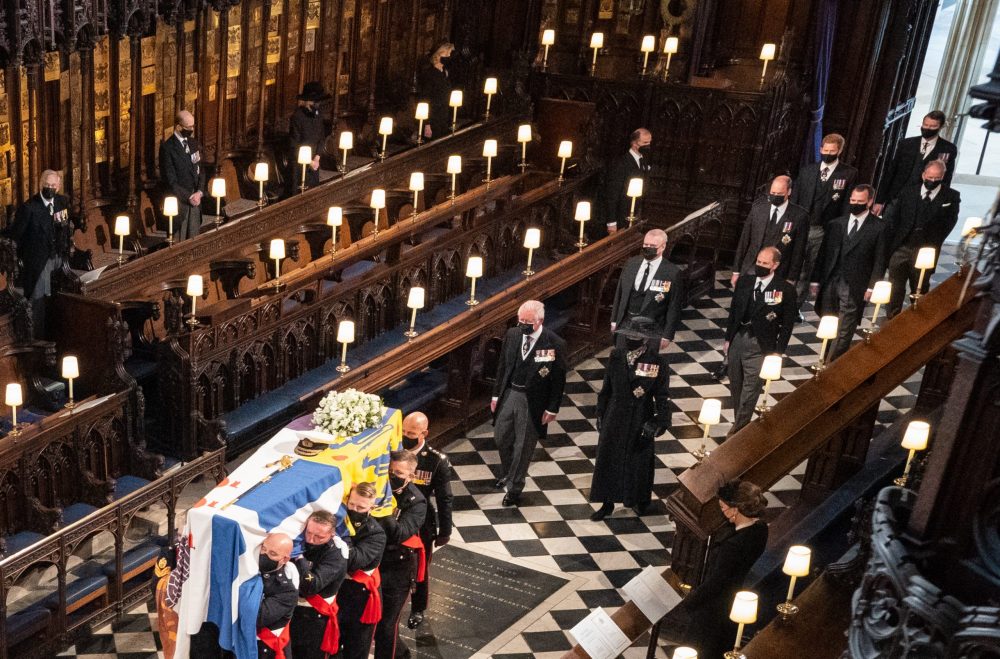 Will there be somewhere to store larger bags?

A bag drop facility is available but capacity is limited, and there is no guarantee that there will be space at the facility.

Waiting for bag storage space to become available will increase your queuing time.

What can people expect to see?

The closed coffin will be draped in a royal flag, usually a personal standard, and will rest on a raised platform called a catafalque, flanked by a military guard around the clock.

A priceless crown and other regalia are traditionally placed on top of a sovereign’s coffin.

Each corner of the platform is watched 24 hours a day by units from the Sovereign’s Bodyguard, Foot Guards or the Household Cavalry Mounted Regiment.

Will the royal family be there?

It is likely that the Queen’s children or even grandchildren will honour her with a vigil and join the guard over the coffin at some point – a tradition which has been called the Vigil of the Princes.

Should the Princess Royal stand guard for the Queen, she will be the first female member of the royal family to do so.

Did the Duke of Edinburgh lie in state?

No, he did not, and this was in accordance with his wishes, but his death took place during the Covid-19 crisis and at that point such mass gatherings were also against the law.

Who was the last person to lie in state?

The last person to lie in state in the UK was the Queen Mother in 2002.

On top of her coffin in Westminster Hall was her coronation crown, set with the Koh-i-Noor diamond, and a hand-written message from her daughter, the Queen, reading: “In loving memory, Lilibet”.

An estimated 200,000 people turned out to pay their respects over three days.

Was there anything unusual about that occasion in 2002?

It was the first lying in state where members of the public were subjected to a security check, which slowed the movement of the mourners.

At their longest, queues stretched across Lambeth Bridge and all the way along the South Bank to Southwark Cathedral, with people being warned to expect a wait of up to 12 hours at peak times.

Police were drafted in to deal with the security, large crowds and road closures.

Where does the tradition originate?

The tradition of lying in state stretches back to the 17th century when Stuart sovereigns lay in state for a number of days.

George VI – the Queen’s father – was the last sovereign before Elizabeth II to die. 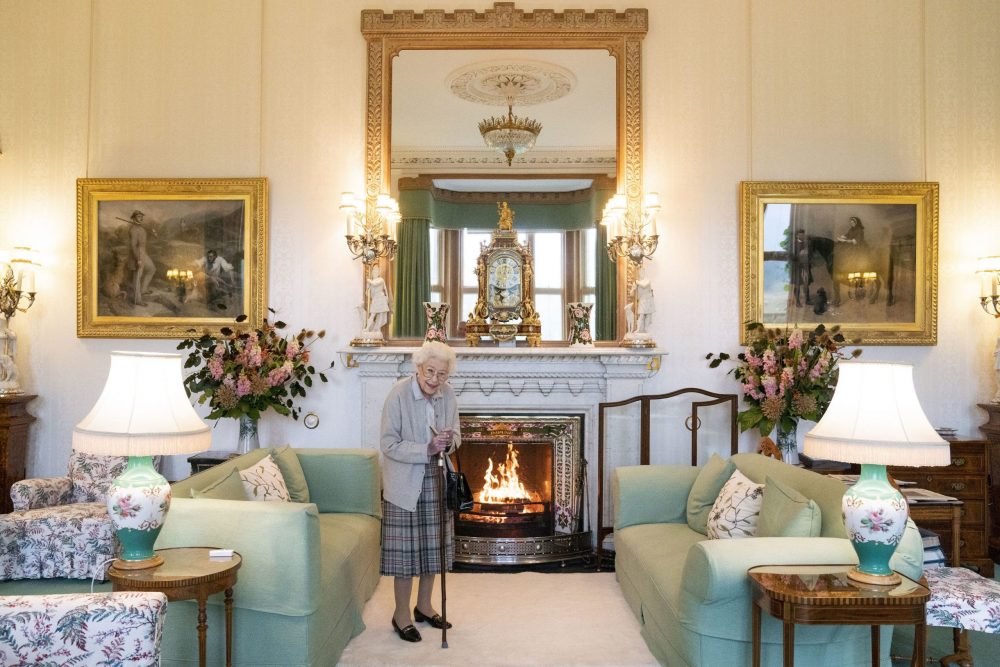 The Queen on September 6 (Jane Barlow/PA)

Who else lay in state in Westminster Hall?

In 1930, there was an unusual lying in state in Westminster Hall for the victims of the R101 Airship disaster.

The experimental rigid British airship caught fire as it crossed northern France, killing 48 of the 54 people on board.