The Queen's portrait painters: "She had such a vibrant sense of humour" - The Guide Liverpool
Contact Us Advertise with The Guide Our Video Services Follow us:

The Queen’s portrait painters: “She had such a vibrant sense of humour”

British artists Nicky Philipps and Susan Ryder, who both painted portraits of the Queen, have recalled an entertaining monarch with a “vibrant” sense of humour following her death.

The Queen was a captivating subject for many artists, leading to the creation of a number of memorable portraits during her 70-year reign.

One of the most recent portraits was painted by Ms Philipps in 2018, after being commissioned by the Royal Company of Archers to mark the Queen’s 90th birthday – having also painted her in 2013 and 2016.

She told the PA news agency: “I will never forget it, it’s extraordinary and something that changes your career. To spend so much time with her, I can’t quite believe it to be honest. 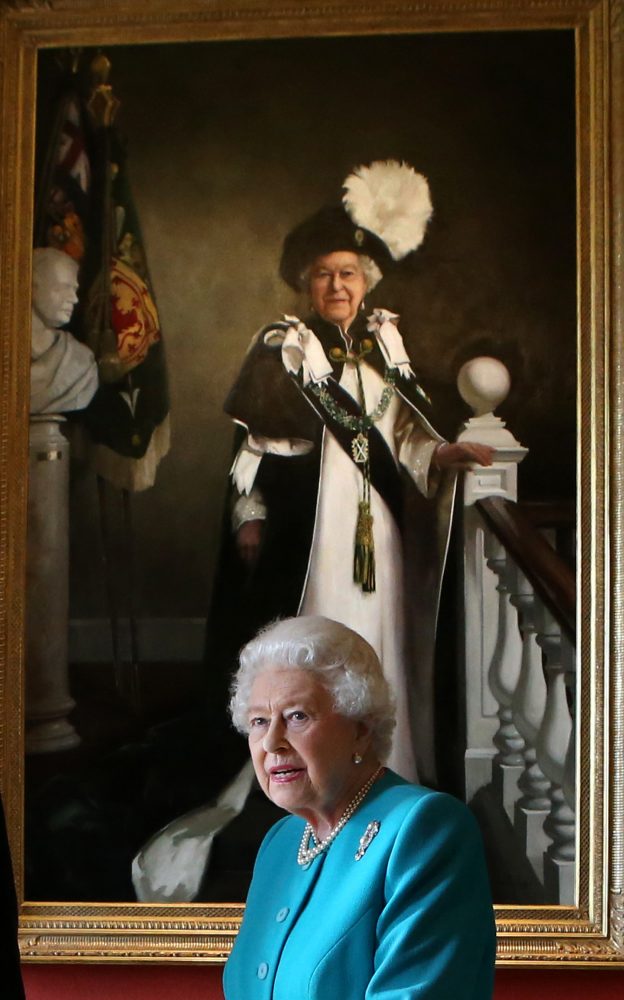 “It is a very daunting experience. I had three sittings in my first portrait which were an hour each, she was very kind at the end of the third one because she realised I was up against it.

“An hour goes in five minutes and you’ve got a lot of information to get down so she gave me another 20 minutes.

“I had an hour for the second one and then the third one she asked if I would do it when they needed a portrait of her. 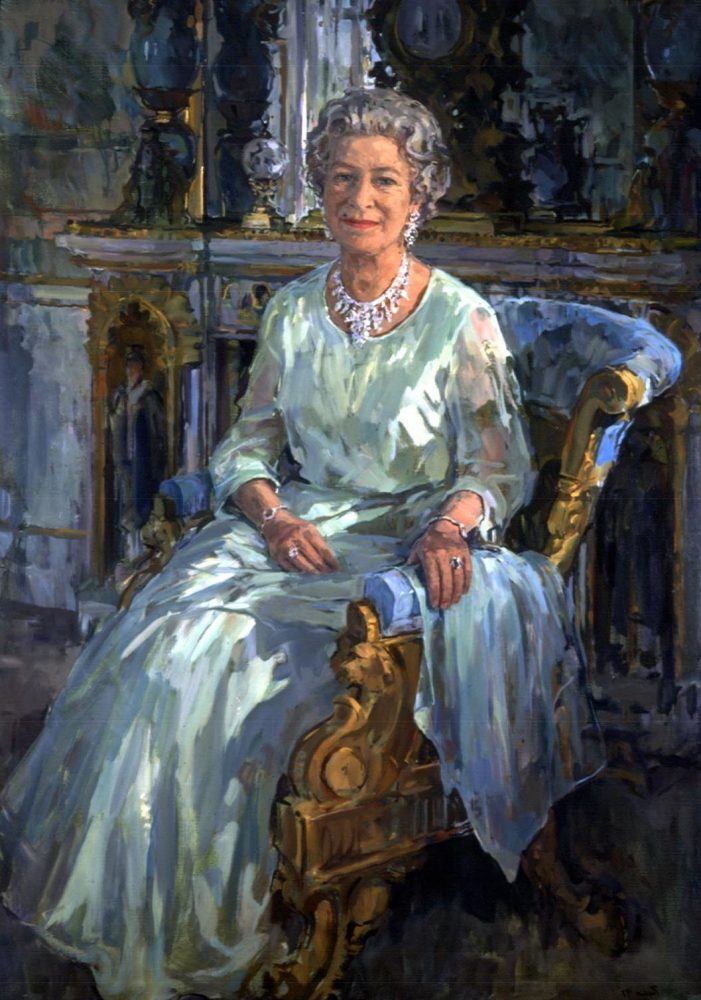 A portrait of The Queen by Susan Ryder (PA)

“They were trying to smuggle a portrait out of Balmoral because they needed one for Holyrood palace and she caught them and said get me to do one because I had all the most recent information.

“I could do it from photographs so I didn’t have any sittings with her.”

The painting titled HM Queen Elizabeth III was completed from original sketches worked on in Buckingham Palace and was unveiled at The Archers’ Hall in Edinburgh.

Ms Philipps said the Queen was “very obliging” during their time together and seemed to “conform exactly to the part the monarchy plays in the country”. 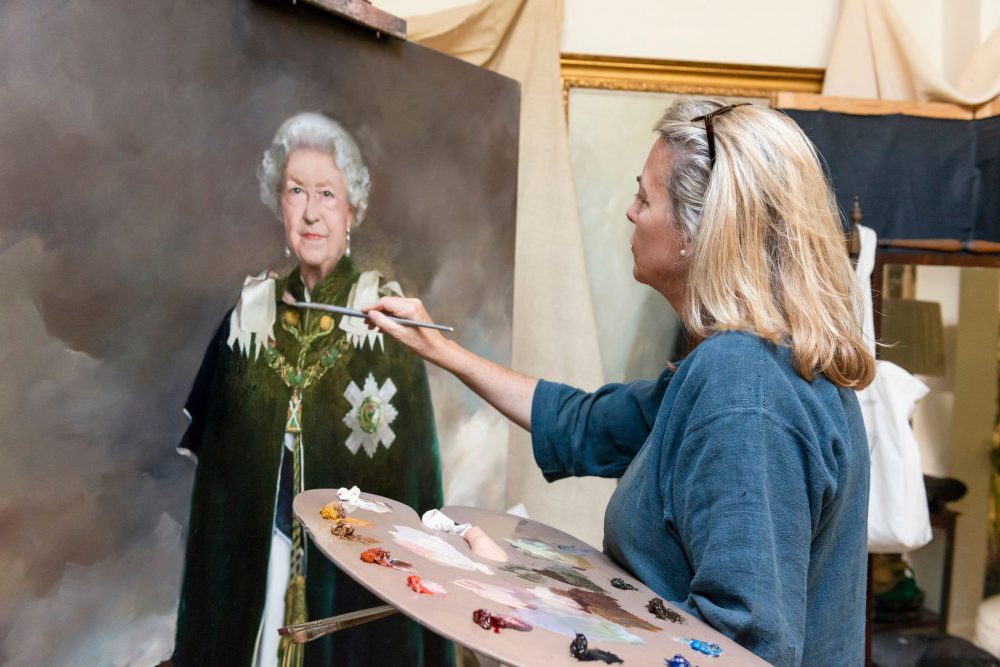 She said: “It struck me that she actually, along with understanding the role of the monarchy to the finest detail, appreciated it and wanted to keep the show on the road, as it were.

“She was extraordinarily well-informed about everything… that’s all over and above the fact that we all know she took it terribly seriously and it’s her duty, but I think because she had such a vibrant sense of humour, she could find the fun in it as well. 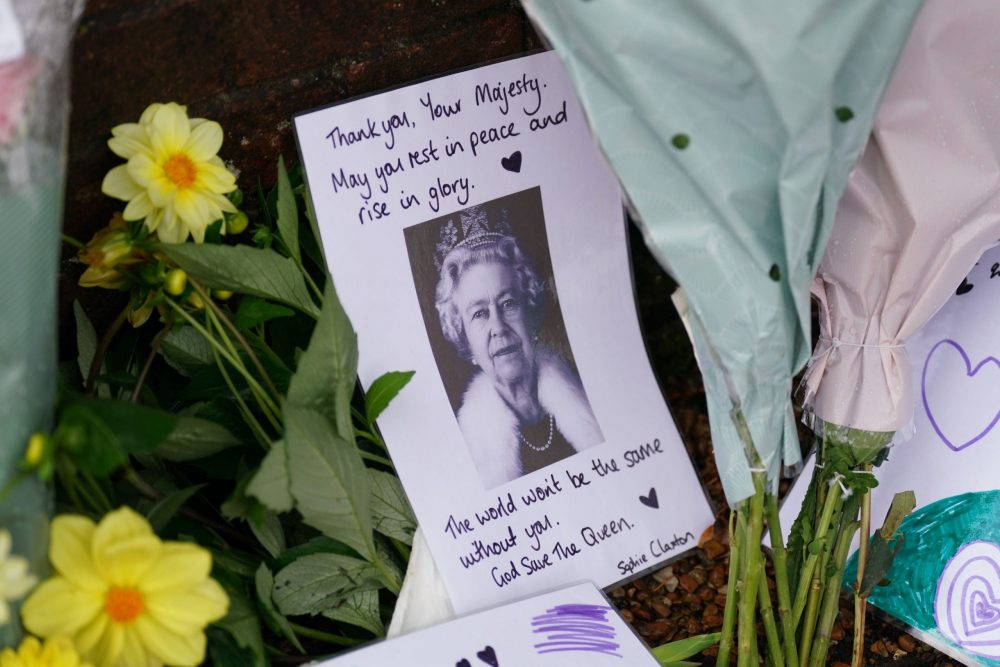 “That relieved some of the heavier burden of it, I think that’s very important and she had a fabulous sense of humour.

“She was being very funny a lot of the time and there are well-documented reports that she had very good timing, was a very good mimic, and in the relatively short time I had with her, I saw all that.”

The artist, 58, described the Queen as “fun to be with” and explained there were a lot of times that she wanted to put her paintbrush down and focus on what the monarch was saying.

“She’s actually very tactful because she didn’t come and look at it until the end of my three sittings and then she came out and had a look and said something tactful like ‘very nice.’

“If somebody came forward and said ‘would you like to sit down or a glass of water’ she was quite impatient then, she would say ‘I’m fine’. She very much wanted to concentrate on the job, getting it done and giving me the help that she could. 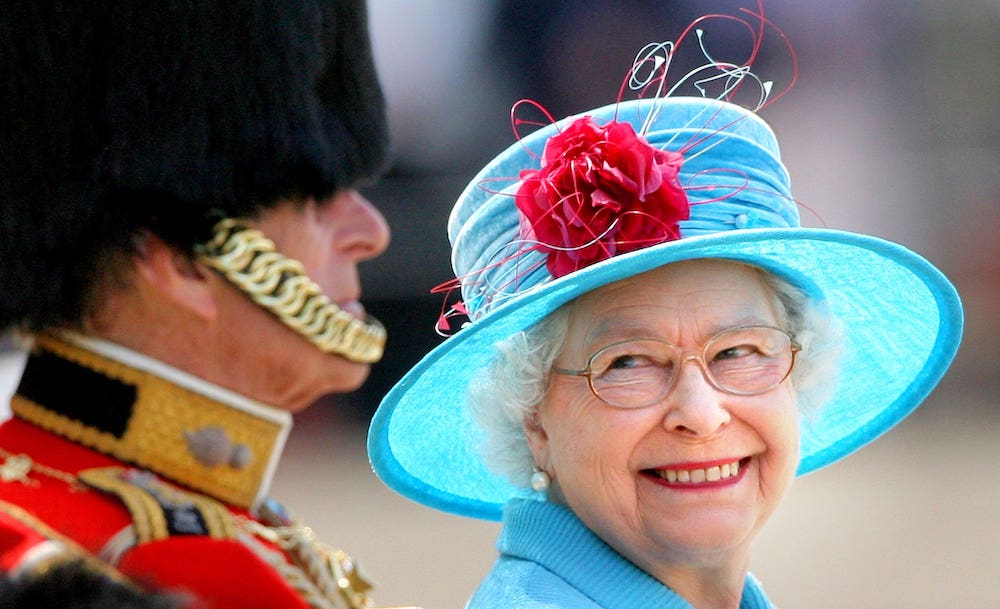 “It was a massive honour to be able to do it but it was also incredible fun. You feel highly pressured, but you come away sort of buzzing and I’m so grateful that I met and spent so much time with her. She was very kind to me.”

Ms Philipps has also painted William and Harry in a double portrait for the National Portrait Gallery, Princess Anne, and the Duchess of Cornwall and Cambridge in a private commission for King Charles.

Speaking about the Queen’s death, she added: “Of course, on a mortal level we all know that you can’t last forever, I just never imagined this day would happen.

“I’m sort of shell-shocked, because it’s the end of one great era, I’m not suggesting there can’t be others, but this one has been with me for 58 years.”

In 1997, Ms Ryder also painted the Queen over the course of six sittings in the Yellow Drawing Room at Buckingham Palace.

Describing the experience, she told the PA news agency: “It was wonderful, six one-hour sittings on my own with the Queen which was amazing.

“It was quite overwhelming when she came through the door but very quickly she put me at her ease and was very warm and entertaining.

“I like talking to my sitters… once I have worked out the composition and everything I quite like not to think about my brushwork and it sort of flows out the end of my brush while hopefully my sitter and I are talking. 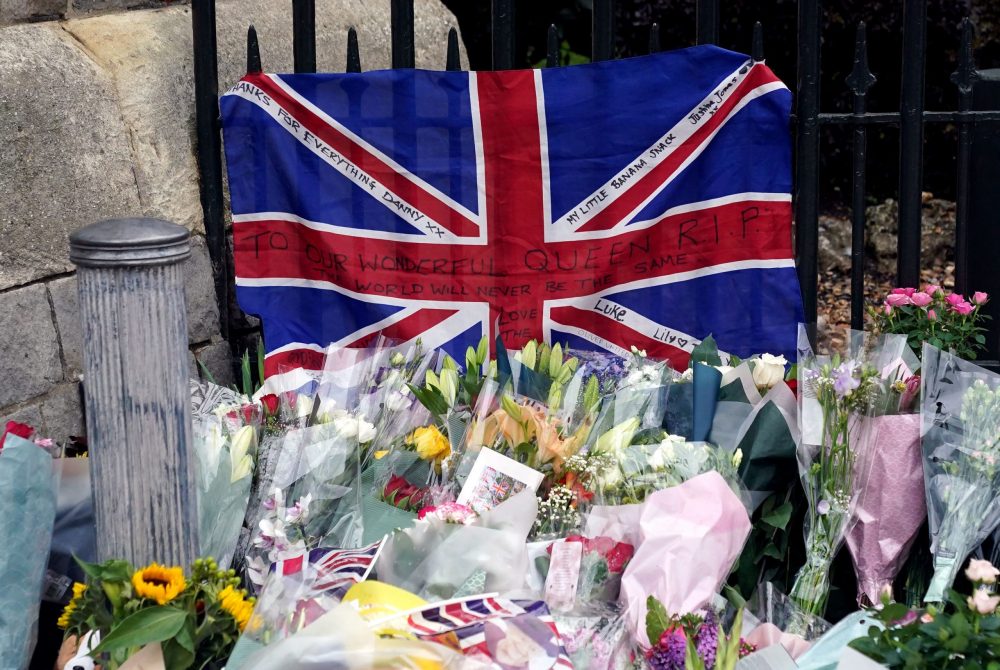 “I had asked in advance whether I should start a conversation and they said don’t worry, she’d like to be treated like a sitter.

“I didn’t ask any questions but she was very warm, entertaining and chatty, she was wonderful. It was hugely helpful having her talking so much to me.”

Ms Ryder was commissioned by the Royal Automobile Club to celebrate its centenary in 1997 and the painting, titled Her Majesty The Queen, hangs in the club’s London headquarters.

She added: “I asked her after the first sitting whether she would like to see what I had painted and she came round and said she had been watching it all the way through because there was a mirror behind me.

“I didn’t know that when I started but it showed her sense of humour.

“I am just amazed how emotional I feel about it, I feel quite weepy. Certain things set me off, I haven’t wept but I feel a lump in my throat.”

Ms Ryder said she previously painted Diana, the Princess of Wales in her wedding gown commissioned by Charles.