The things you only know if you were a child of the 80s in Liverpool - The Guide Liverpool
Contact Us Advertise with The Guide Our Video Services Follow us:

You knew every other kid in the street from playing out, because there was no such thing as screen time – here are the things you only know if you were a child of the 80’s in Liverpool.

From Frankie Says Relax t-shirts to wigging out to “A-cidddd!” at the school disco, you had a cupboard full of C90s and Radio was the internet.

If any of that’s ringing a bell, we’re guessing you had The Goonies on VHS, Ghostbusters was the first song on your mixtape, and your dad collected highball glasses from the Esso. 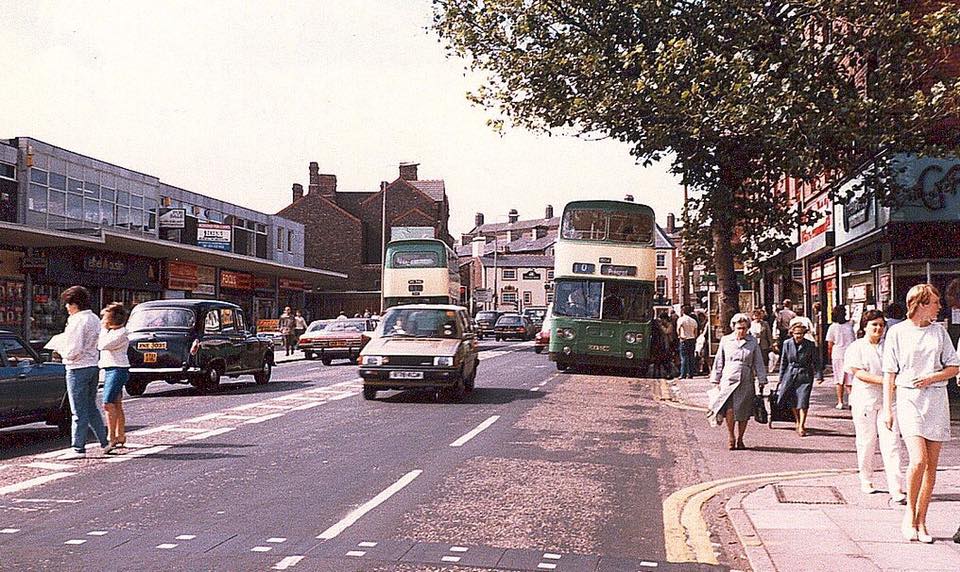 Mum’s called: “You’re either in this house or out!” as lads sat on the step trading Panini stickers, and if it was really hot, you’d get soaked by a Fairy Liquid bottle full of freezing water by the kid next door who had her birthday party at McDonalds. After getting called in for Findus crispy pancakes and boiled potatoes for tea, you’d take up the entire road, tying together 24-foot of washing line for Double Dutch, which guaranteed some kid limping off with a cut knee and returning a hero with plaster that they’d spend the rest of the holidays keeping out of the bath.

Cruising past, an older girl with a side pony and Terry towelling headband would be giving it Torville & Dean on Roller Boots, and by six o’clock there’d be a Conga-line of smaller kids behind her on battered red skates tied together by dust and knots. Everyone swerved the lad from a few streets down as he gave you bad daggers on a blue and yellow Raleigh Burner, before, “Eh, lad?” and someone’s older brother saw him off, lobbing a tennis ball.

When you asked, “What time do I have to go in?” The answer was always, “Five more minutes,” which meant until the end of Corrie, when you’d go to bed with a stitch you got doing hoola hoops. And let’s not forget the kid destined to spend the rest of the holidays leg-to-toe in plaster, after jumping a ramp made of a pile of bricks and half a fence while sucking on a half-defrosted Mr Freeze on a Kermit the Frog space hopper. 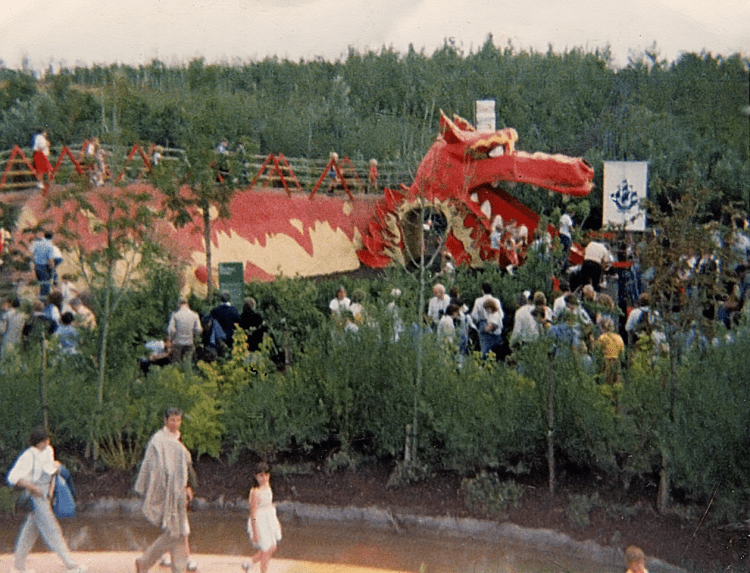 Before Pleasure Island, we went the Garden Festival. We didn’t know it was controversial or international, but it sounded as close to Disneyland as we were going to get. On the way home, all we remembered was the Japanese garden, getting our photies taken by the Yellow Submarine, and your mum and dad arguing over what time the next bus back was in The Britannia.

We loved going The Baths! You nearly backed out the queue for the waterslide because a kid you’d never heard of from some school you thought you had, tore their leg pure open like the fella off JAWS. So you gripped the sides on the bends, looking out for a rogue seam, and sped up seconds ahead of the kid behind to make the right amount of splash as you hit the water in the verucca socks.

After spending all day in the deep end, you’d be starving, and even after your sister got a large portion of chips with sausage and gravy, she still thought she was on a diet. Divvy.

Back home, your dad stripped down to budgie smugglers at the patio set your mum ordered from the Argos, and was already hinting about a sun lounger as she applied Hawaiian Tropic.

MORE - 10 Liverpool gigs that the city will never forget 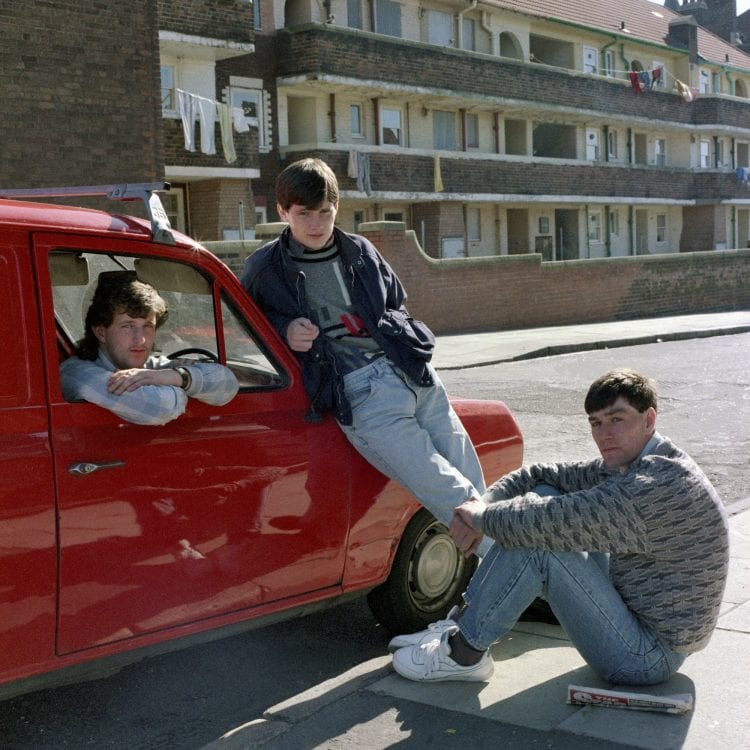 You spent as long scrunching your socks as your did putting mousse in your perm and drying it with a diffuser. Anyway, you were probably getting Babyliss straighteners for your birthday and were still gutted lemon juice didn’t give you highlights, and wished you’d never got a fringe cut in the first place because the backcombing was splitting your ends.

While your older brother was knocking around in knock-off Sergio Tacchini, knew all the words to Half Man Half Biscuit, and was saving for the latest three-stripes, it took you as long to colour-coordinate the laces on your LA Gears. Your little brother took a Head bag to school and got a digital watch for Christmas, but you and your mates all had Swatches.

Your dad drove a Ford Sierra but had a leather bomber like Knight Rider, and wore lace-up shoes with high-waisted jeans. Your mum rented a sunbed that gave her permanent goggle-marks, and wore coat-dresses with shoulder pads like the ones off Dynasty. 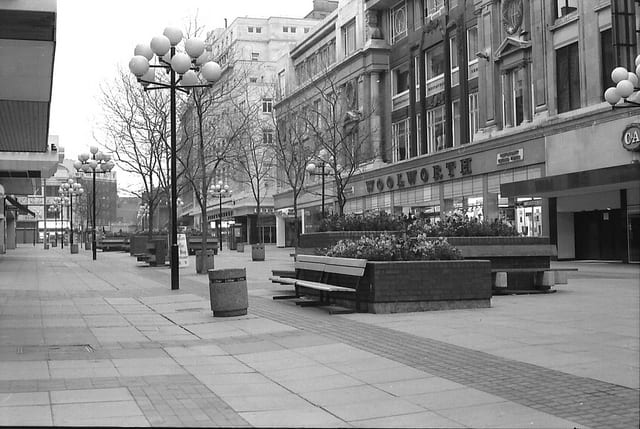 The shops were closed on Sundays, but Saturday meant your mum got her hair done to go into town and meet your nan for a cup of tea in Jeff’s of Bold Street, before trying on the wedding hats.

Your sister got knitted sweater dresses and plastic hoop earrings from Chelsea Girl. You bought your first cassette wearing a pastel-coloured shell trackie at Woolies where your mum treated herself to a plastic salad spinner, and priced-up the Soda Streams, but there was no chance while she was still paying off the Vax.

MORE - Do you recognise any of these 11 oldest known shops in Liverpool? 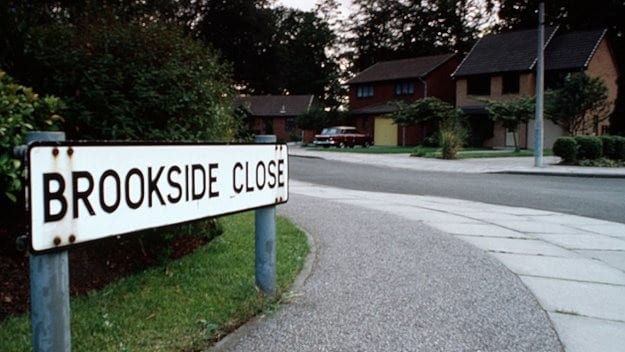 We walked around The Albert Dock, but the only thing there was Beatles badges, boiled sweets and toasted butties, but we didn’t care because we got to give our mates a wave on This Morning!

Brookside started on Channel 4 and everyone was dead excited, even kids, because they knew Phil Redmond did Grange Hill, and – swear down, no lie – this lad in your class who did Breakdancing outside St. Johns, got Barry Grant’s autograph. Channel 4 liked Scousers, so loads of films were set in Liverpool, like Margi Clarke in Letter to Brezhnev, and everyone loved Julie Walters in Educating Rita, because she went The Everyman.

We were on BBC One, too. We didn’t know who Yozza Hughes was, and The Liver Birds was repeated when we were at school, but on Sunday nights everyone sang the theme to Bread, and your sister went off her head when you said she fancied Joey, so she well did. If your dad needed a haircut, your mum laughed and said he looked like Freddie Boswell, and if she had a cob on, she’d go, “Hello wall,” when you were getting your tea, which meant she wanted to jib the family off to go to Greece and cop off with a waiter.

You watched Scully because Kenny Dalglish was in it, and while you were well into your footie, your sister was mad on the charts, hanging around Stanley Street with her mates on Saturday morning, waiting for Pete Waterman to finish his show and sign her like Sonya. 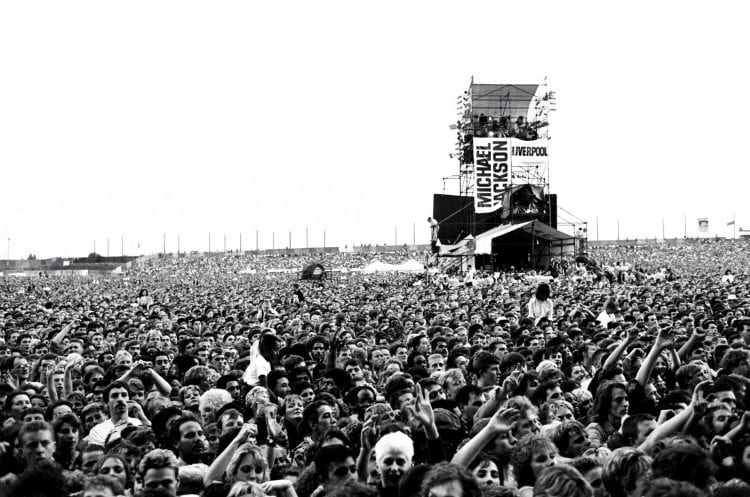 – John Barnes rapping LFC to Nº3 on The Anfield Wrap?

– Going to Kirby Market for nets with your nan?

– Writing lines to win Teacher of the Year on Radio City?

– Buying a Wacky Wally Octopus that stuck to the wall and walked itself down, and the dancing flowers in plant pots with sunglasses on, from the stalls in town?

– Michael Jackson playing Aintree on the Bad Tour in September 88?