The walking safari revealing hidden Liver Birds around Liverpool - The Guide Liverpool
Contact Us Advertise with The Guide Our Video Services Follow us:

People all over the world know our two most famous Liver Birds, perched on top of the Liver Building keeping a watch over the city and the river.

But there are actually hundreds tucked away high up on buildings and inside landmarks which go unnoticed by thousands of passers-by every day.

Now writer and actor John Maguire is helping to uncover them, leading groups of Liver Bird spotters on walking tours around the city centre.

He launched the Liver Bird Safaris back in May, and they’ve proved so popular with local history fans that they’re helping to fund a series of outdoor park performances of his children’s play, also called The Liver Bird. 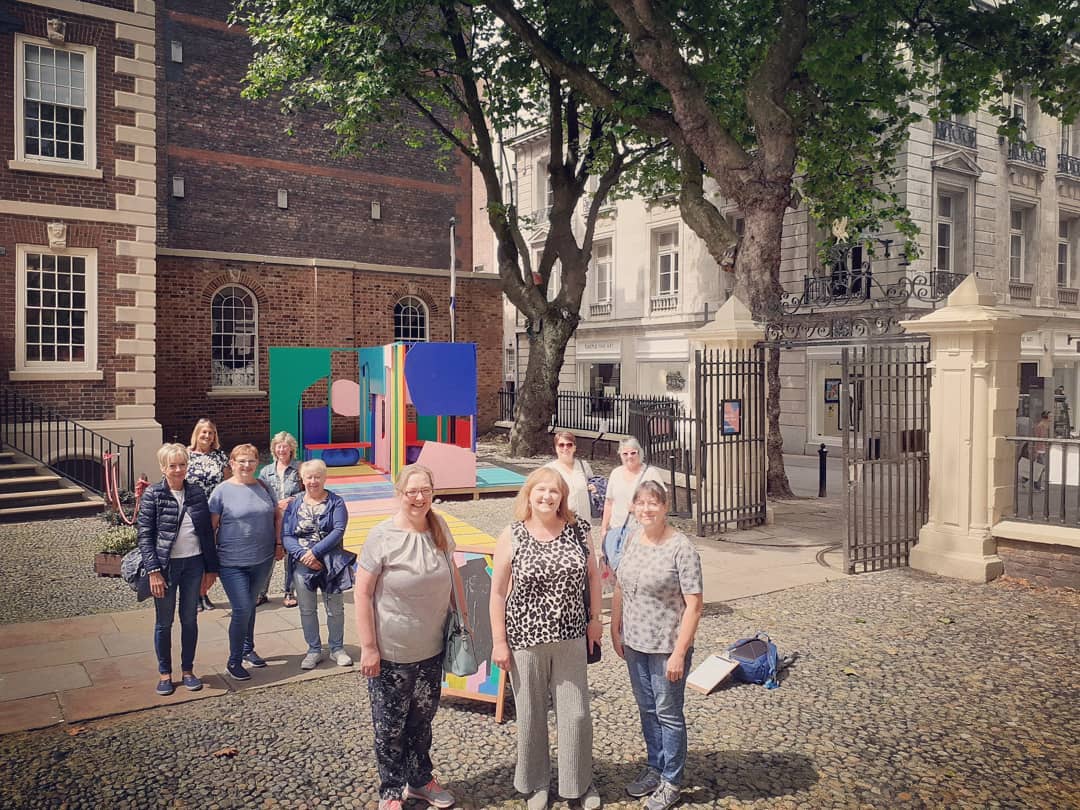 Liver Bird tour on the gates of the Bluecoat

John, from Childwall, is the founder of theatre company Arts Groupie CIC and it was when Covid scrapped their tour plans that he first came up with the Liver Birds idea.

“We did a play about Kitty Wilkinson a few years ago called Kitty, Queen of the Wash House,” he explains. “We toured it and it did really well so we were meant to take it to London but then Covid struck. That’s how the Liver Bird Safari was born.

“I used to do heritage walking tours around Liverpool and I decided to do some research around the Liver Birds.

MORE - 6 reasons why you should book your tickets to see Love, Liverpool at the Playhouse

“I’ve written a story about the whole urban myth of the Liver Bird which was adapted into the play for kids and it struck me that everyone’s got a bit of an idea about the history of the city but there’s lots we still don’t know.

“I knew there were loads of Liver Birds, there’s actually over 100 sites in the region, and I thought wouldn’t it be nice to do a little tour and tie them in with the history of Liverpool?

“So the safaris aren’t an A-Z narrative but by the end you get a real understanding of the history of Liverpool without actually being taught it, it’s just subliminal.” 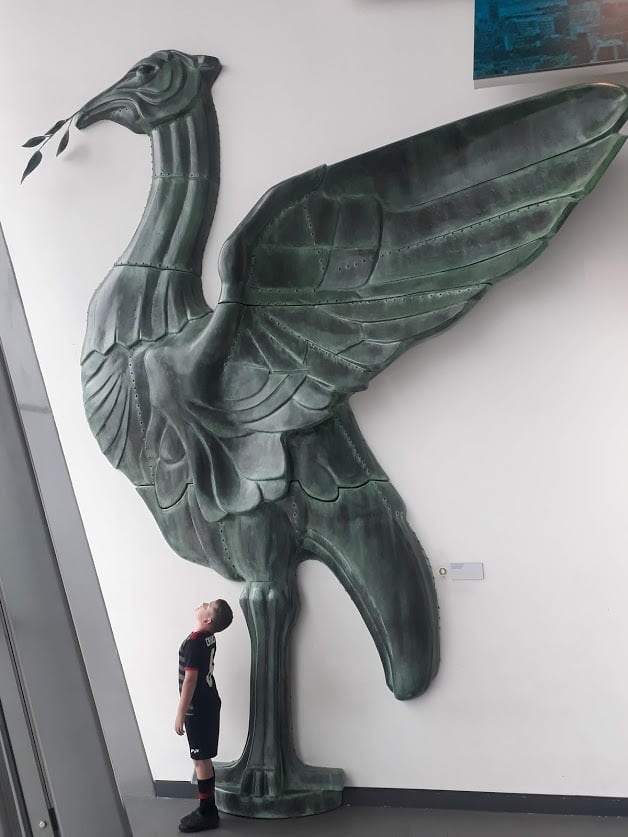 Liver Bird at Museum of Liverpool

John says most people who live in the city know about its two famous Liver Building residents and the myth that one is female – keeping watch over the river for seamen coming home – and one is male, facing the city to protect it.

“I always say that the female is really looking to see when Tom Hardy’s coming back!” he jokes.

“But the story goes that if the two birds were to turn around they’d fall in love and fly away and Liverpool would crumble into the sea,” he says. “It sounds like nonsense but when they brought them down in the ‘50s to be cleaned they kept them in the warehouse in the exact same positions just in case.” 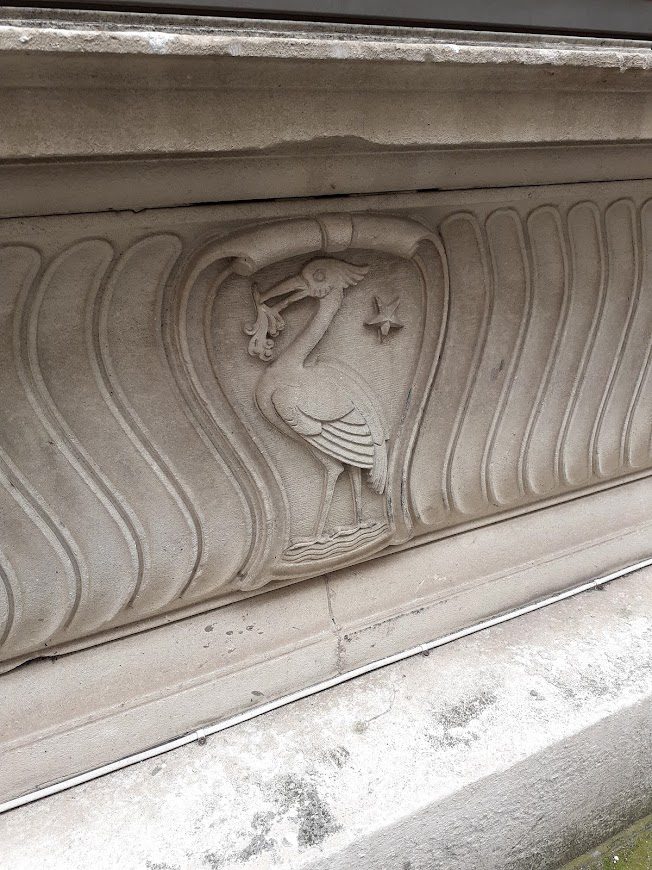 When he was doing his research in lockdown, John says he was struck by just how many Liver Birds there are, hidden in plain sight around the city.

“And then once you’ve seen them you wonder how you never noticed them before.”

The Liver Bird safaris, on Fridays and Sundays, last around 2hrs 15mins and go from Bluecoat across town to St George’s Quarter then up Dale Street to Castle Street, and then down onto the waterfront.

“The amount we see depends on how eagle-eyed people are, because if you were to stop for every one you’d be there forever, so we have a volunteer from the group who’s the official bird-o-meter and they add the birds up with me.

“It could be 64 or 70 – it’s like a proper safari, you don’t know what animals you’re going to see, although I do set ground rules because the ones on the wheelie bins don’t count!” 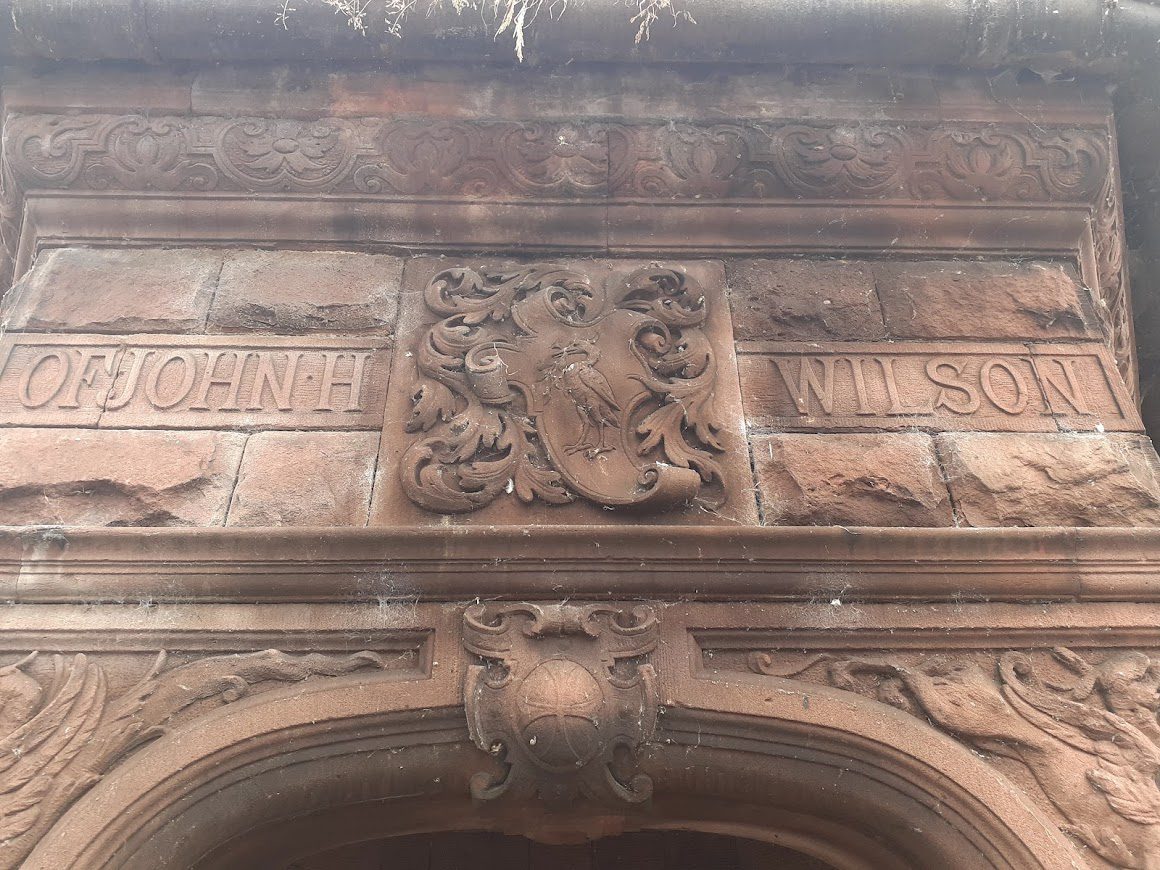 Liver Bird at Grange Lane Gateacre on the Gateacre Fountain

Operating with varying restrictions has meant John caps the number on the safaris to around 15, but he says that’s actually worked well.

“Taking it down to intimate numbers means we’ve got the time to really get to know people,” he says. “I think that’s been key in growing the tours because we’ve had so many referrals.

“At the moment It’s all local people and what’s been wonderful is so many are really interested to hear about the history and say, ‘I feel like a tourist in my own city’.”

For dates of the Liver Bird safari, visit the website here.