There's a new book out from the Son of Pablo Escobar - The Guide Liverpool
Contact Us Advertise with The Guide Our Video Services Follow us:

Roberto Sendoya Escobar, first-born son of drugs lord Pablo Escobar, reveals his life growing up in the shadow of his birth father.

He has been witness to gun violence, a victim of attempted kidnappings, and has a birth heritage that would make some shudder.

Roberto Sendoya Escobar was in a cot beside his teenage mother when she was killed in a shoot-out during a secret mission led by a British MI6 agent to recover a cash hoard from a safe house used by a young criminal, Pablo Escobar, the man who would become the world’s most notorious drugs lord.

The baby, Escobar’s first-born son, was rescued and adopted by the MI6 agent who led the mission, Patrick Witcomb. Today, Phillip Witcomb, as Escobar’s first-born is known, is an acclaimed fine artist living with his wife in a remote finca on the Mediterranean island of Mallorca.

The Netflix hit series Narcos may have brought Pablo Escobar back into the spotlight, but his son says the portrayal is quite different from the real criminal he describes in his new book, Son Of Escobar.

“Narcos is entertaining. But the problem with it is, it tells you that suddenly there is this 25-year-old super-hard-case drug dealer. It doesn’t tell you how basically a school dropout with no education, who could hardly read and write, suddenly becomes the world’s greatest billionaire drug smuggler. Well, you can’t do that without help from governments, and that’s what my story’s about really.”

His adoptive father, Patrick – who worked for a firm that printed banknotes and ran an armoured car business in Colombia – continued to live in various locations in Colombia and elsewhere after the shoot-out. He worked with the British and US governments, going undercover and even helping Escobar squirrel money away from his own family and cartel, to infiltrate the drugs operation and gain his trust.

With his adoptive family, the young Phillip was transported into a world of privilege, private schools, luxurious houses, private planes and exotic holidays, constantly shadowed by armed bodyguards and escorted by armoured vehicles.

“I grew up very spoilt. I didn’t know what money was, I just clicked my fingers and waiters came up and gave me food. There was no-one telling me what to do. My father was very influential and wielded a lot of power. The president of Colombia gave me presents,” he recalls.

It wasn’t long before Escobar senior got wind of his young son’s whereabouts and the boy narrowly escaped being kidnapped by the drug lord’s dangerous henchmen on several occasions. “Heavy security was the norm for me,” Witcomb recalls. “It’s very difficult for people outside my funny little world as a child to see that as normal, because obviously it isn’t.

“I’d been placed with this English family and from a very young age was put into this situation which became normal to me. I couldn’t understand why some of my school friends in Colombia didn’t have all this stuff. They thought it was cool for me to have men with me who had guns.”

There were several kidnap attempts, Witcomb, now 55, recalls. On one occasion as a young boy, while out with his adoptive mother Joan at an upmarket shopping centre in Bogotá, a man took a picture of him and then grabbed his arm, trying to wrench him away. After a brief tussle, his armed escort gave chase and shot the man, who had doubled back towards the young boy.

“All I could hear was this screeching sound. They were covering the young man with newspapers… I saw a pool of blood seeping out under the newspapers covering the man’s head,” Witcomb writes. 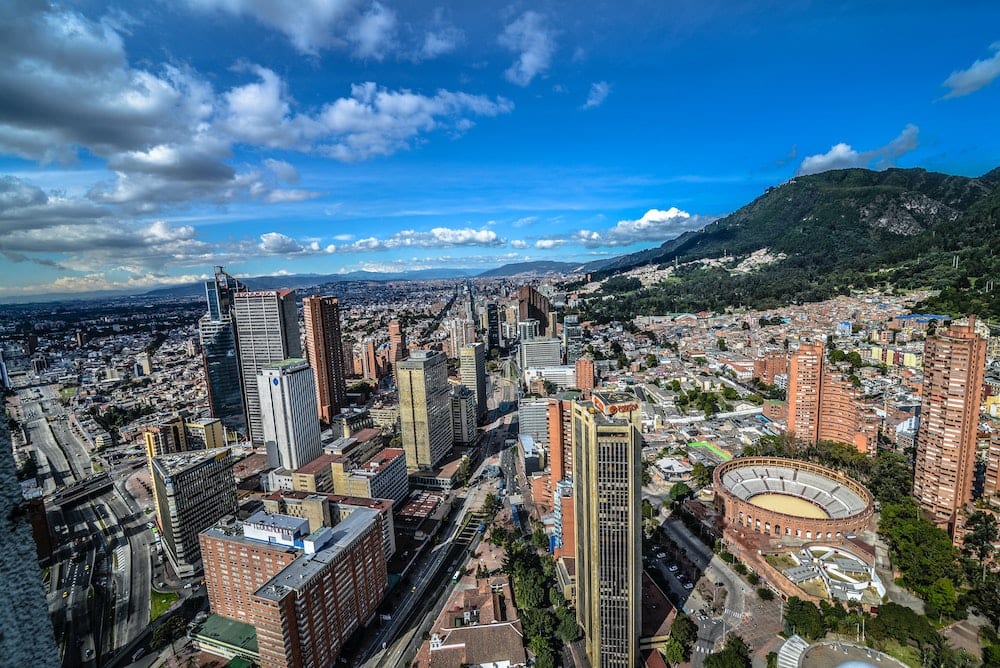 The family ended up moving to a safer location; and there were no more trips to the shopping centre. “You don’t understand those traumatic moments, they are just stuff you’re scared of,” he says now. “At the time it was just drama. There was a lot of drama in Bogotá.

“When there’s a police shooting in London it’s all over the news, but in Colombia it didn’t even make the back pages. I didn’t know it was a kidnap attempt at the time. My bodyguard shot this assailant as he came out of the shop, bang, dead! I thought nothing of seeing a dead body in the street.

“I remember once seeing this kid outside the supermarket with no legs, on a board that had wheels on it. My bodyguard told me that in poor families they would cut off the legs of the eldest kid so he could beg outside the shops to make money for the family. That’s how violent it was.”

MORE - Covid-19 in Europe: What do the latest figures show?

To gain Escobar’s trust, Patrick took his adopted son to New Year’s Eve parties at a swanky hotel in Escobar’s home turf of Medellín, so his birth father could meet him. “At the beginning it was a weird, intimidating feeling, but you do as you’re told. It was quite surreal because when my dad said I needed to speak to this guy, it’s a bit like when your parents introduce you to an uncle you don’t know.”

He remembers the smell of pungent cologne and cigarette smoke as he approached him. “I was meeting a strange person in a strange environment. As I got a little older, he said some strange things to me which were a bit personal, but then you just get on with your life. I had met lots of dignitaries and high ranking members of society in the UK.” 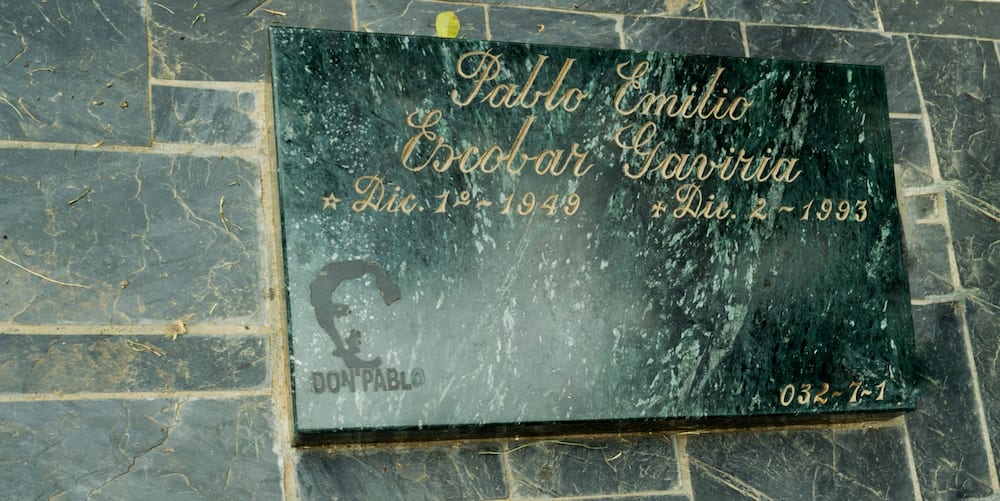 When he was nine, Witcomb was sent to boarding school in England for his own safety, but he missed Colombia terribly. In later years, the Witcombs settled in Spain. But it wasn’t until he was 24 that Patrick told Witcomb the truth about his real dad, at a point when Escobar’s power was on the wane.

“There was total disbelief and some unprintable language when he told me,” Witcomb recalls, “but I don’t think at 24 I was old enough to take it all in. It was before the internet, and I didn’t really know who Escobar was.”

In 1993, both his adoptive father and his birth father died (Patrick had Motor Neurone Disease; Escobar was shot dead by police in Medellín). He also suffered the death of his first wife, and sank into depression. “I saw Escobar’s death on the news. Because I’d learned by then that he wasn’t a good guy, I thought, ‘One less problem in the world.’ But it did play on my mind.”

When Patrick was on his deathbed, he gave Witcomb a piece of paper with lines of codes which, he says, reveal the secret hiding place of Escobar’s ‘missing millions’, the money he was tucking away. The code appears in the book. 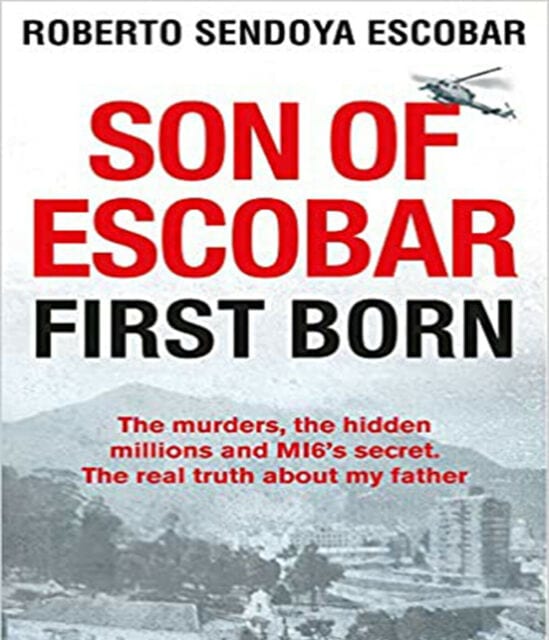 “At the end of the day, I know it’s not all in cash and he had time to convert it into other things,” is the only clue Witcomb offers. But he says his next book will shed more light on the matter, with a working title of The Secret Of The Missing Millions.

Witcomb has turned his life around, remarried and has no intention of returning to Colombia, he says, unless it’s to make a documentary or a movie adaptation of the book. “It’s too dangerous. And there’s nothing there for me. I’ve been turned into an Englishman, and I’m happy to go with that.”

Son Of Escobar by Roberto Sendoya Escobar is published by Ad Lib, priced £14.99. Available now at Waterstones in Liverpool ONE.

MORE - 11 of the best Liverpool walking routes for summer 2020