The party starts now at Tres Liverpool with the launch of these two new nights for 2022 - The Guide Liverpool
Contact Us Advertise with The Guide Our Video Services Follow us:

Tres, the exclusive cocktail bar situated in Temple Court, in Liverpool city centre has a reputation for being the place to be stylishly seen amongst those seeking the very best night out, in the most luxurious surroundings.

After a busy festive and New Year party season, the team are set to extent the offer and bring you even more incredible nights of the year ahead 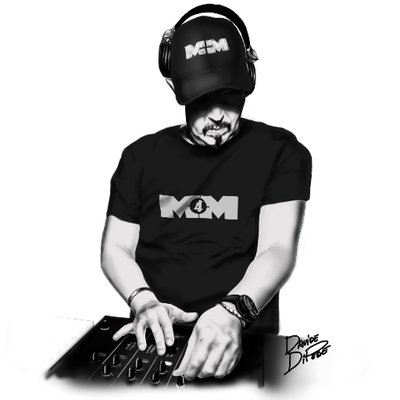 It promises to be the ultimate event for those who know and love their music, and also want to party in the most upmarket surroundings. With an exclusive, must-have, Studio 54 feel, Tres has its own signature curated cocktails, wines and beverage menus, and also features sumptuous Art-Deco inspired booths, plus a state-of-the-art lighting and sound system.

MORE - 7 weekends during 2022 you have to experience in Liverpool 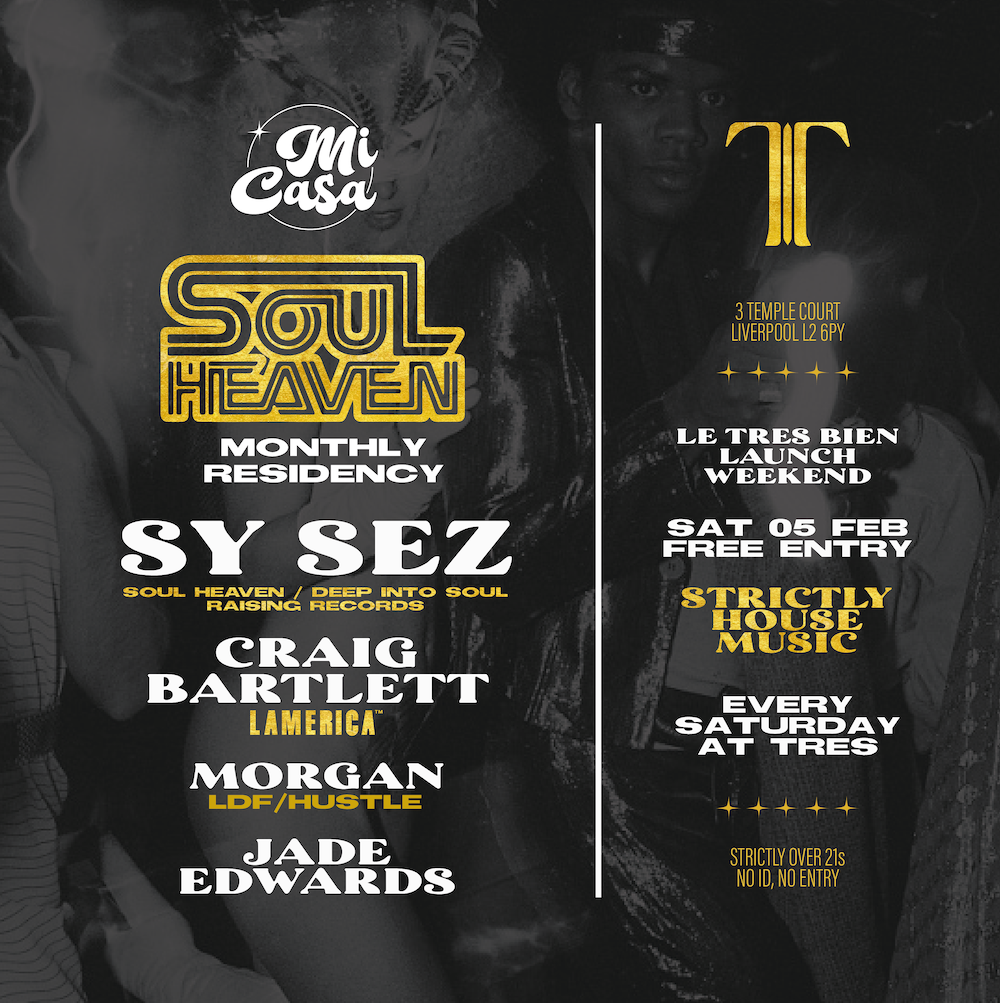 “Now that Tres is established, it is still important for us to listen to what our clients really want. We know that they already love Tres as a place to party, and it followed on from their feedback that having some dedicated evenings based around both House and Disco were really important to a demographic who want to get out and dance, in style, but also desire sophisticated surroundings, and all of the features and sumptuous touches which Tres is known for. For anyone who experienced Disco and House the first time around, we want to recreate the same unique musical experience, but in a venue whose luxurious vibe is seriously all grown up.” 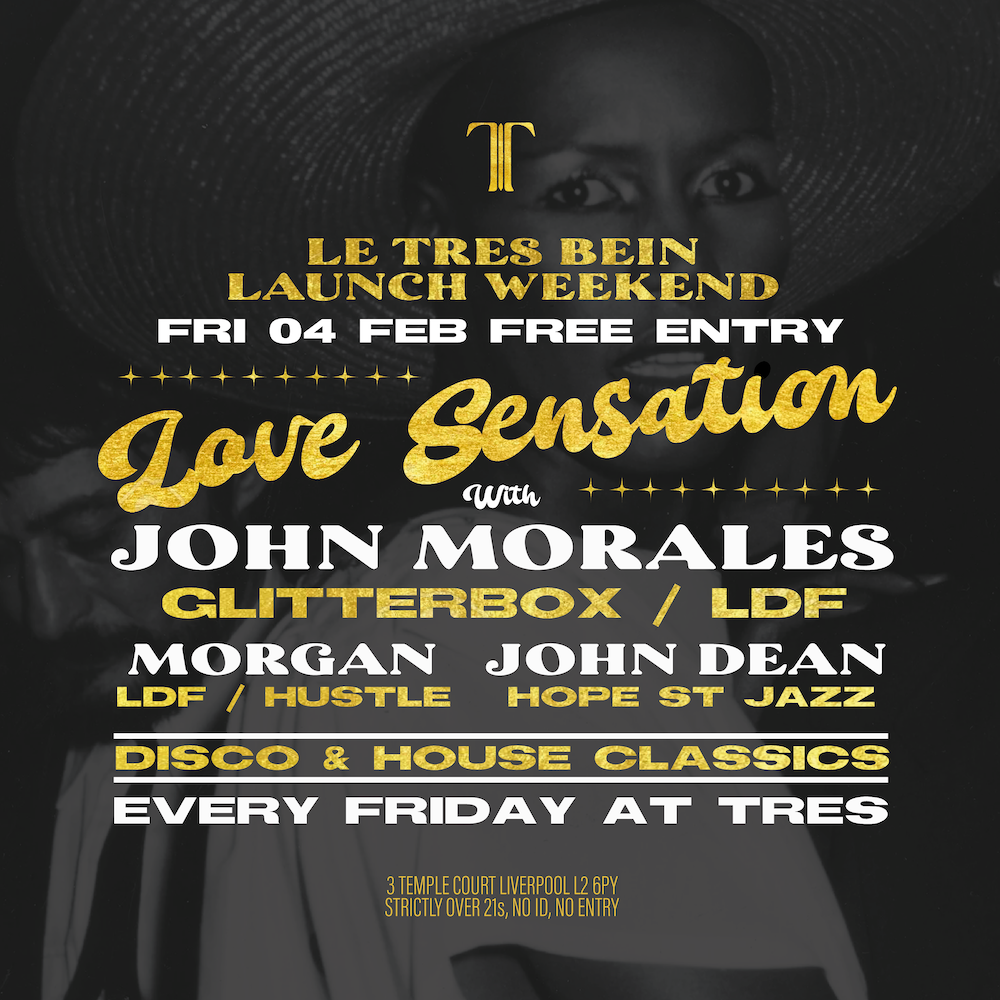 “One thing I have really come to recognise is that 2022 really is a time when people want to get out there and celebrate the increased freedoms which are coming their way. Lovers of dance and House music, as well as Disco, of course, come from an original generation who still want to get out there and be involved in a music scene which they still love being a part of.

MORE - Parklife is back for 2022 with a huge lineup including 50 Cent, Lewis Capaldi, Camelphat and more

“I adore basement venues for that ‘proper club feel’ and Tres  gives a really intimate vibe whilst allowing guests to party in style, as their lifestyles outside of the weekend reflect. Friday night will always remain the introduction to the weekend, and I’m really looking forward to working with both John Morales and John Dean, who are both bringing their own sterling reputations to Love Sensation. I’m really thrilled to also be a part of Mi Casa every Saturday, which will really be about the best House music in town.”

In anticipation of both launch nights, party-goers can pre-book their tickets in advance via Skiddle, and admission to both Love Sensation and Mi Casa is free. The team at Tres, and all of the headline guests, look forward to welcoming in a new season of weekend events which promise to deliver the perfect mix of music and style.

Friday to Sunday 7pm until late

To pre-book FREE guestlist tickets to Love Sensation at Tres on 4th February 2022 go to the website HERE.

To pre-book FREE guestlist tickets to Mi Casa at Tres on 5th February 2022 go to go to the website HERE.