These South Liverpool neighbours have created a little back entry paradise - The Guide Liverpool
Contact Us Advertise with The Guide Our Video Services Follow us:

These South Liverpool neighbours have created a little back entry paradise

Neighbours in one Aigburth road have turned their back entry from a wheely bin storage area into a colourful little community space.

Now, instead of being a drab place where they go once a week to put out the rubbish, it’s become somewhere they can all get together.

Since the transformation began in September last year they’ve had endless drinks, chats and even fireworks and a distanced New Year’s Eve social out there.

The Brabant Road project was the idea of resident Sean McCarthy who works in construction and is a keen DIY-er.

Although he’s a pipe fitter by trade, he’s a dab had at joinery in his spare time, so during the second lockdown last year he decided to put his skills to a wider use. 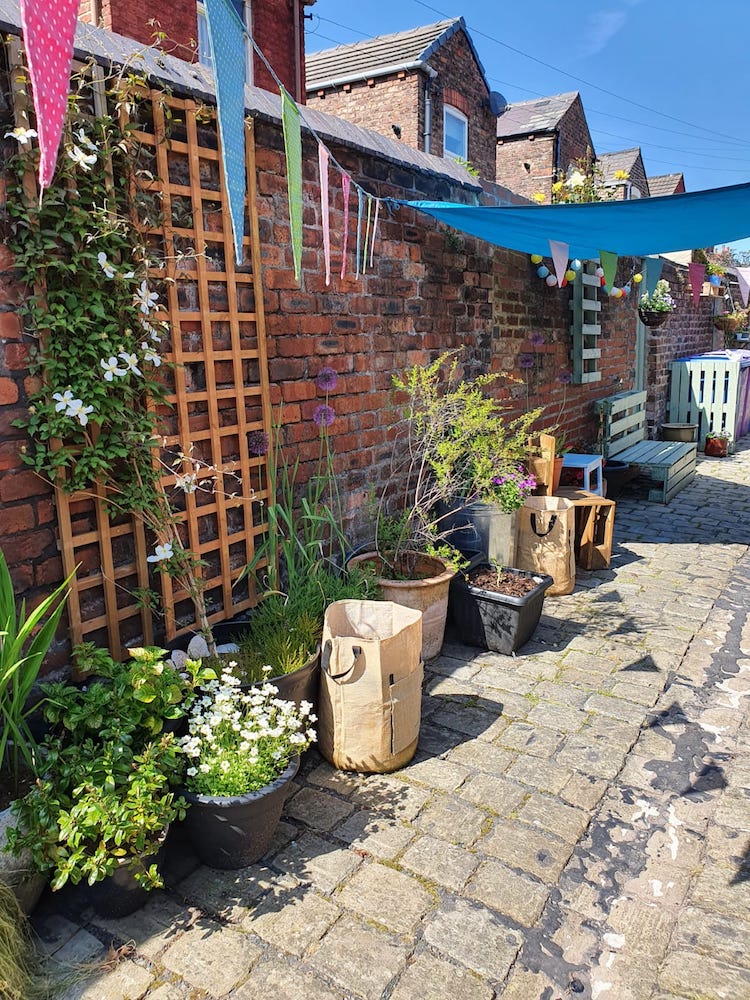 Having built an outdoor kitchen for him and wife Louise, he turned his hand to making a bench for some elderly neighbours and that kickstarted the alley makeover.

“After the first lockdown had ended, a couple of our neighbours are elderly and they were still having to isolate so I just made a bench so they could come out into the alley and we could have a bit of a social-distanced chat,” he explains. “It was just a way for them to be out of the house and see people even when they couldn’t really go out.

“Then a few of the other neighbours brought some pots and plants out, I just kept bringing pallets home and building more and more outdoor furniture, and it went from there.

“I work in construction on building sites, so I’ve got access to pallets that aren’t wanted – people have been laughing at me for the past year because I’m always walking round building sites with pallets under my arm and traipsing round scouring for the perfect pallet for my next idea!”

Working in the Baltic Triangle, Sean has been able to load a few pallets into his van each time then give them a new lease of life.

“It’s been a labour of love, making pieces here and there, and it’s been good fun actually. We’d already done similar things in our own yard, so it felt like a natural progression.

“You just need to look at the pallets and use your imagination as to how you can best repurpose them because every one is different. 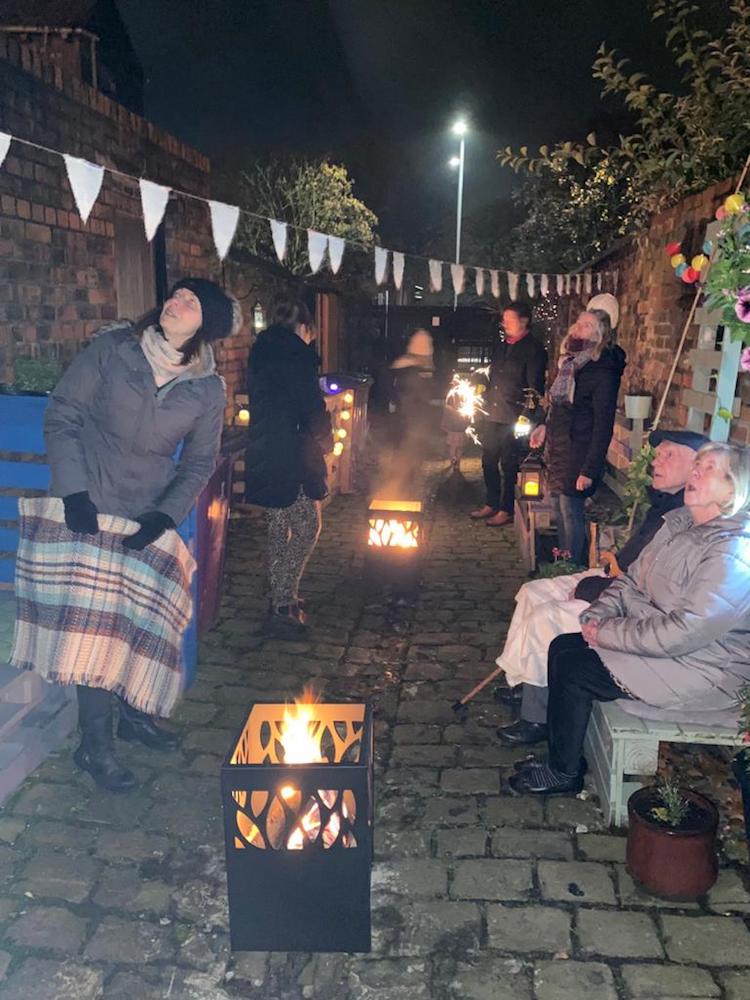 “Then you have to pick and choose which ones will cut up and work together to make something like a bench or a planter. We made shelves just by cutting a couple of slats off and keeping the rest of the pallet in tact and just screwing it into the wall, or cutting one in half to make a planter.

“They do lend themselves to quite a lot of different things and the wood is already weathered so it’s fine to be outdoors, the only thing I did to make them a bit more comfortable was I sanded them down.”

MORE - Meet Mikey, the cat with no ears who’s looking for a new home

Inspired by his handiwork, Sean says other neighbours got involved, bringing plants and pots to create a little urban oasis running off Aigburth Road. And his wife Louise has added her own artistic touch, stringing up bunting to give the alley a traditional street party feel.

He’s also brought home and left out some extra pallets, just in case anyone else fancies having a go.

“I didn’t want to take over and do it all myself so I’ve left an opportunity for other people to do it themselves too,” he adds. 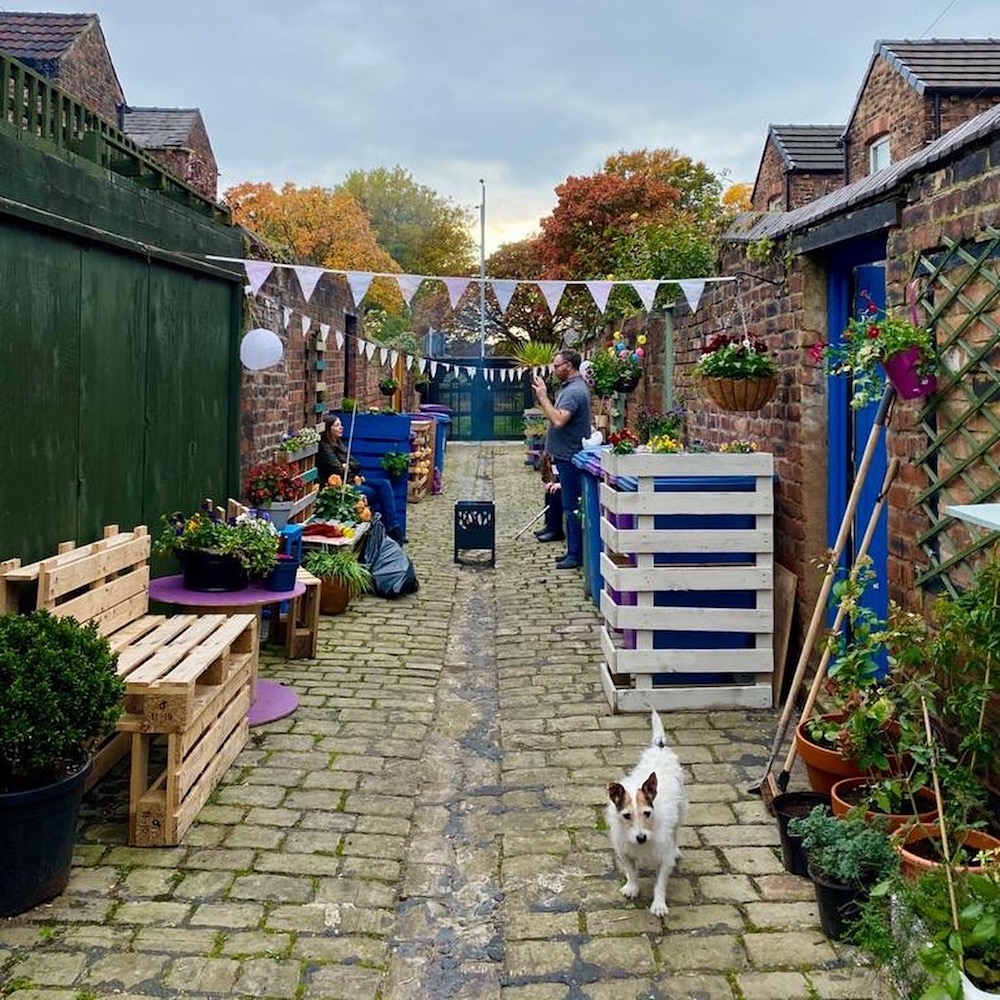 It’s only a micro change, but it’s made a big difference to building a better community feel. The project even has its own Instagram page, @secretgarden_aigburth, where Sean posts photos of the work that’s been done so people can follow its progress.

“We’re planning to have some fireworks again this Bonfire Night and when we lose the sun late afternoon, the alley is just a lovely place for everyone to go and sit out and have a chat.

“It gave us a chance to keep an eye on our more elderly neighbours as well and we’ve made friends with more people, especially from Dundonald Road which backs into the same alley which has been a bit of a bonus.”