Things to do on Christmas Eve in Liverpool - The Guide Liverpool
Contact Us Advertise with The Guide Our Video Services Follow us:

Things to do on Christmas Eve in Liverpool

When there’s only one more sleep until the big man arrives on his pressie-laden sleigh, there’s too much excitement in the air to stay at home.

See It’s a Wonderful Life at the Phil 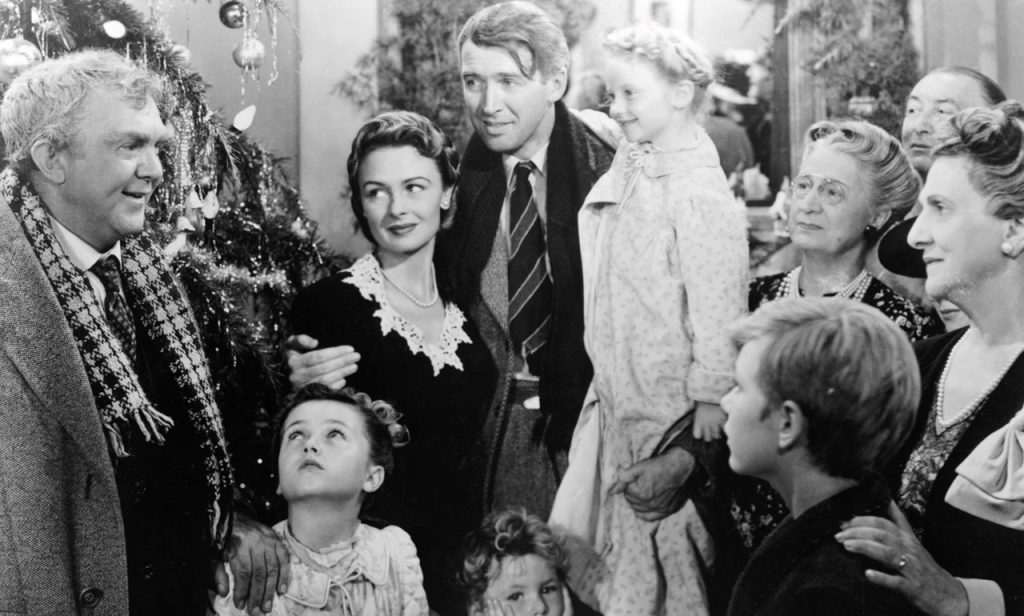 Its A Wonderful Life

It just isn’t Christmas until you’ve watched James Stewart in one of the best festive films ever made, and it’s better still on the big screen. James Stewart stars as George Bailey, a desperate man offered salvation by an impish guardian angel when he finds his life falling apart around him on Christmas Eve. Resident organist Dave Nicholas will accompany the film, with showings at 11am and 2pm (tickets are from £10) at the Hope Street venue. So get your family and friends along because, as we learn from this classic – no man is a failure who has friends!

MORE - Speedo Mick arrives back on home soil after his 2,500 mile mission 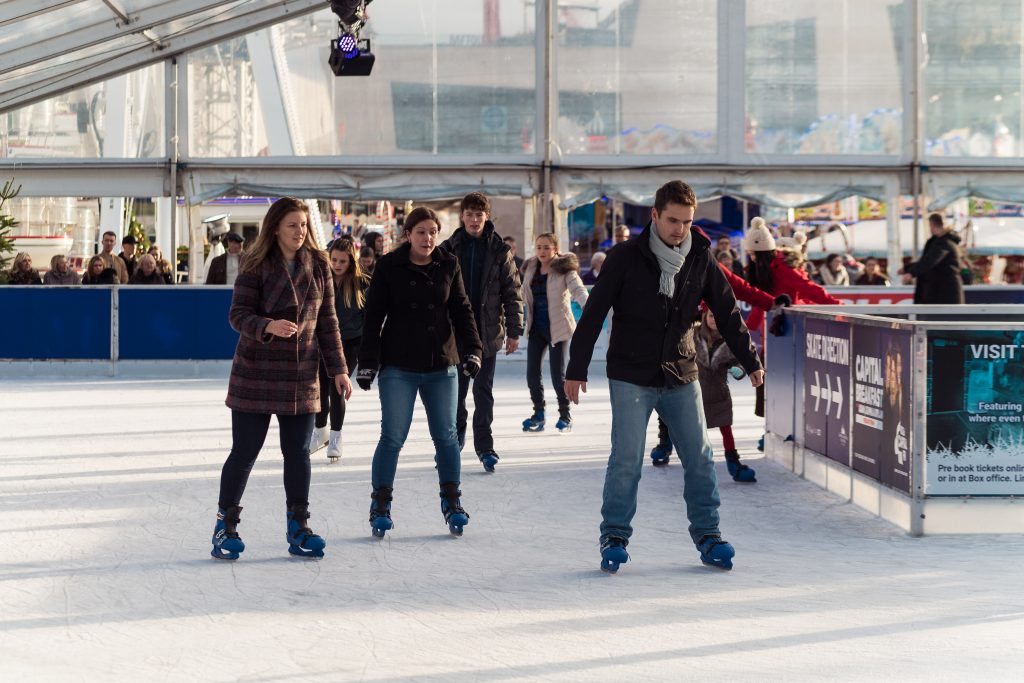 You might be a way off channelling your inner Torvill and Dean, but you can still have a laugh and glide towards Christmas with a few twirls on the ice rink at the Pier Head. And, if you want to warm up afterwards, you can treat yourself to food and maybe a mulled wine or two from the Alpine Bar. Just a word of advice, might be best not to do it the other way round…

Enjoy tasty food with one of these Christmas Menus 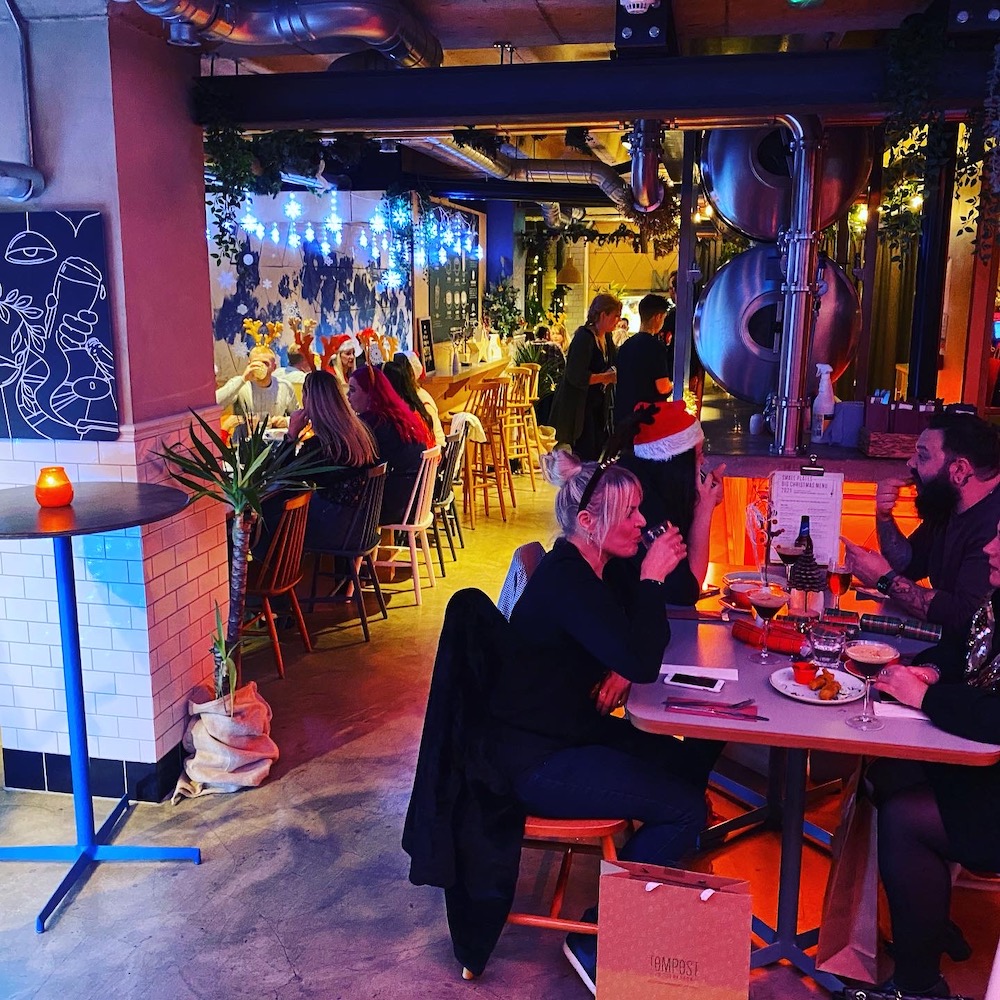 There are some great festive menus on offer at restaurants in the city this year, and you don’t have to wait until the turkey’s carved on Christmas Day to enjoy one.

Gusto at the Albert Dock’s got a special festive menu with lunch at £24.95 for three courses and dinner at £32.95, with authentic starters like Tuscan ribollita soup and mains including slow-cooked beef featherblade with balsamic onions, and butternut & sage tortellini; and you won’t be disappointed by Marco Pierre White Steakhouse at Hotel Indigo which has a selection of steak, turkey, non-meat options and more, with a two-course dinner for £30.95 for two courses or £35.95 for three.

Duke Street Market’s new offering, Barnacle, has got a special Christmas Eve menu (£70 per person) with dishes from the opening menu and new plates including salt aged duck, sprouts, pecans, cabbage and a ‘Christmas down under’ pavlova, while Maray Dockside has got a special party menu at £27 for two courses and £33 with dessert, and includes all your favourites like Disco Cauliflower, Buttermilk Fried Chicken and Aubergine Dopiaza.

Tempest on Tithebarn will be serving up Christmas on a plate. Think Pigs in Blankets (or Veggie Sleeping Bags) with a lush honey-mustard glaze, beef brisket croquettes, crispy cauliflower tossed in a spicy mango habanero chilli sauce, and breaded brie with a sweet chilli jam.

Also check for availability at the likes of Wreckfish Bistro, Ma Boyle’s, Bacaro on Castle Street or the brand new Bouchon which serves up delicious French cuisine, also on Castle street.

Christmas films at the Plaza in Crosby and Everyman at Metquarter 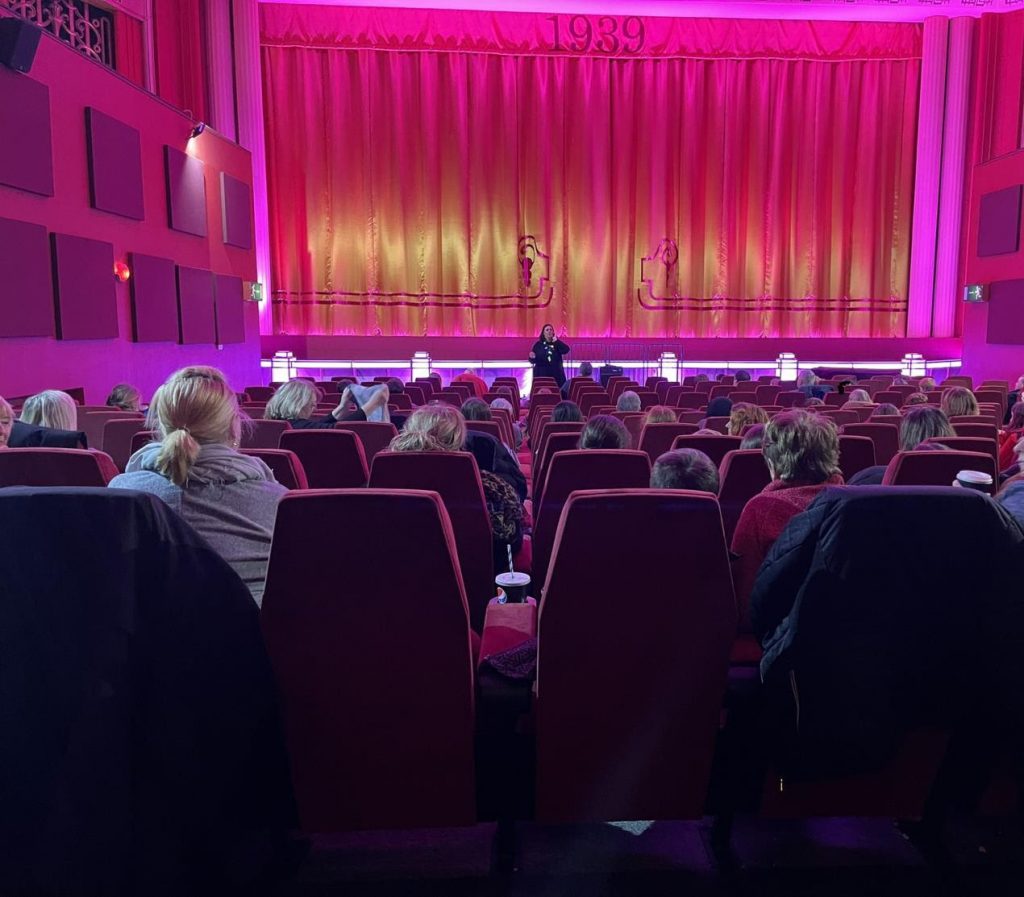 You’ve done your shopping, the presents are all wrapped up, so now breathe, relax and enjoy a great film at one of these fab venues.

At Everyman Metquarter, you can catch It’s a Wonderful Life or Elf, starring Will Ferrell as Buddy, a human raised among elves at the North Pole who, when he discovers he’s not an elf, travels to New York to search for his biological father.

And, maybe not so festive but still worth a watch on Christmas Eve, at The Plaza Crosby are Clifford The Big Red Dog – perfect for kids – where a young girl’s love for a tiny puppy makes the dog grow to an enormous size, and Steven Spielberg’s remake of the 1957 classic, West Side Story.

See what’s on at the Everyman Cinema here.

Book your ticket to the Plaza here. 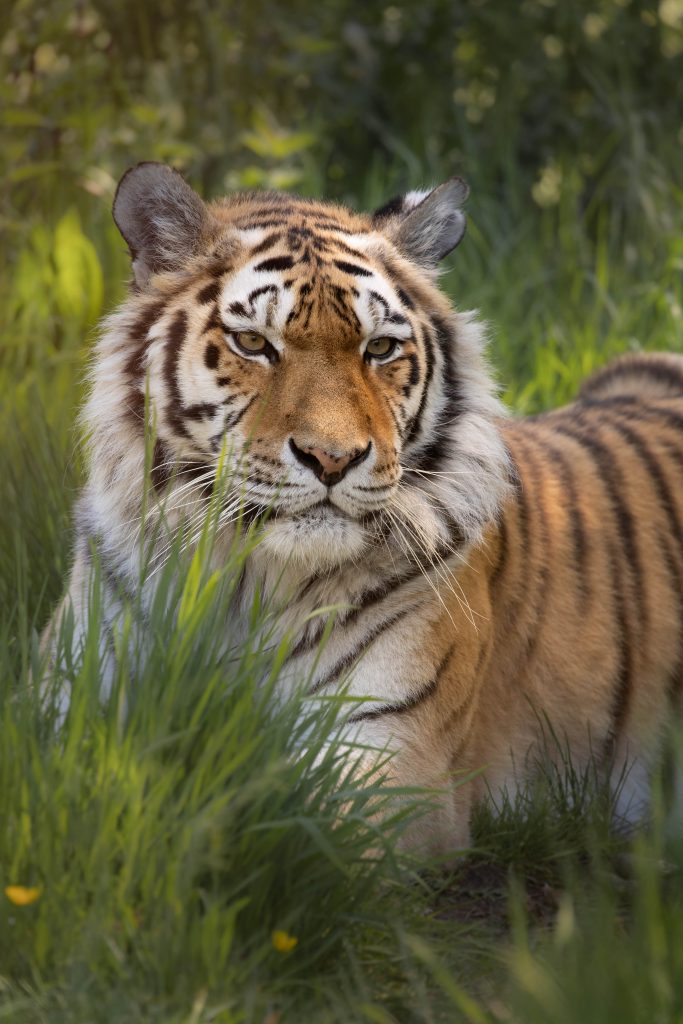 What do those baboons ask Santa for? And what do the lions have for Christmas dinner? Find out on Christmas Eve at Knowsley Safari which is open until 4pm with last entry at 3pm. The amusement rides will also be open 11:30am to 3:30pm. Enchanted won’t be open on Christmas Eve but it does return, lighting up the park once again from Monday 27th December.

Slapstick, singalongs, and stupid jokes – what could be better than this great British tradition to get you even more in the mood for Christmas?!

There are loads of pantos in the city region with seats left just waiting for you to sit down and enjoy – oh no they’re not? Oh yes the are!!

You could see Hollyoaks actor Ben Richards as Gaston in Beauty and the Beast at The Epstein; David Tag in Goldilocks and the Three Bears at the Theatre Royal St Helens; Leanne Campbell as The Fairy Godmother in Cinderella at The Auditorium at M&S Bank Arena, or, you could head to the Everyman Theatre where the Rock ‘n’ Roll panto is back with Robin Hood: Tights in White Satin. 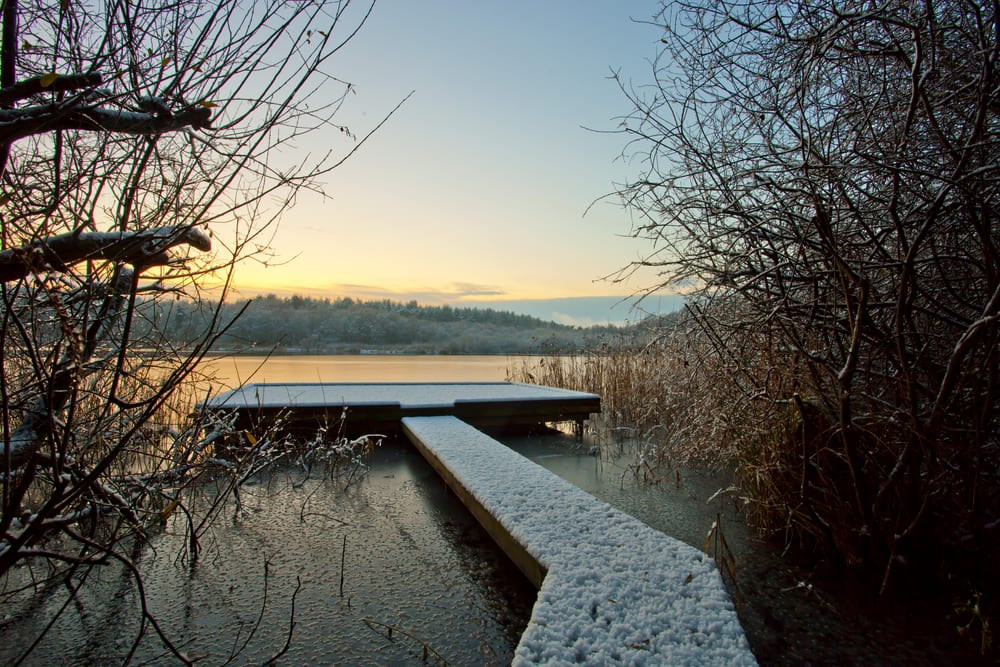 Get your steps in and breathe in the fresh air with a wonderful winter walk in or around the city.

We’ve got some familiar and not so familiar walks for you to try and, as well as taking in some brilliant views, it’ll ensure a good sleep on Christmas Eve night – so you don’t wake up when the man in red is taking his last sip of the sherry you’ve left him.

Watch Fantastically Great Women who changed the World at The Playhouse

It’s billed as a ‘kickass-pirational’ pop musical from the producer of SIX – and they are not wrong. A stage adaptation of suffragette descendent Kate Pankhurst’s award-winning picture book, heroine Jade goes behind the scenes at the not-yet-open Gallery of Greatness in her local museum and meets original wonder women: Frida Kahlo, Rosa Parks, Amelia Earhart, Marie Curie and Emmeline Pankhurst, to name a few. It runs until Sunday, January 2.