This emotional Better By Bus campaign is calling for urgent action to combat climate change - The Guide Liverpool
Contact Us Advertise with The Guide Our Video Services Follow us: 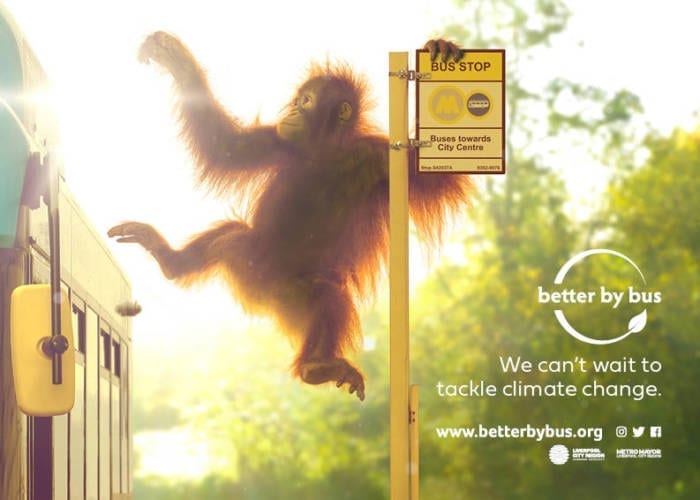 Liverpool City Region’s Better By Bus campaign has launched an emotional plea for car drivers to consider their impact on the environment and leave the car at home.

Public Health England estimates that air pollution – of which cars are a key cause – contributes to around 700 deaths a year in Liverpool City Region. 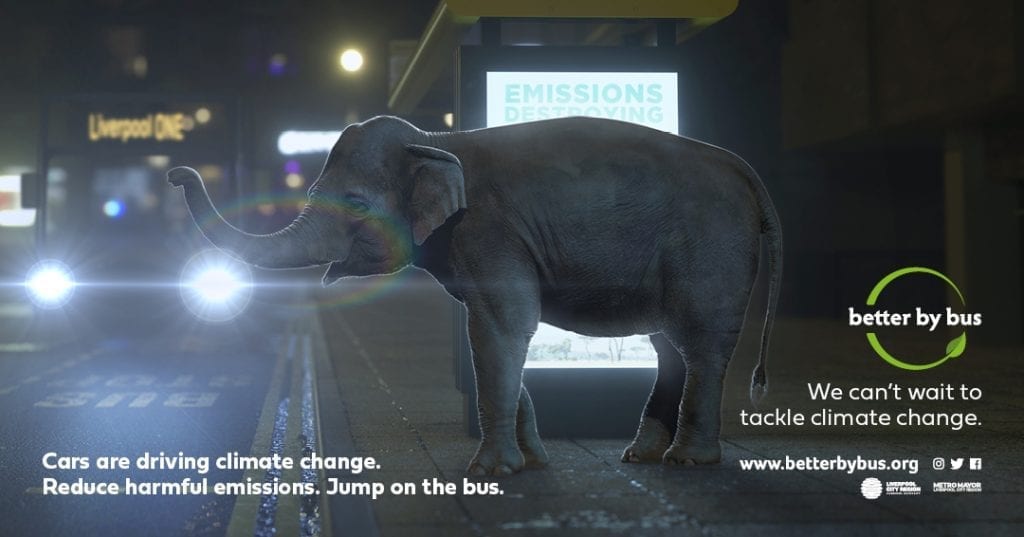 The new campaign, We Can’t Wait to Tackle Climate Change, highlights the dangerous levels of air pollution present in the city region and the urgent change that needs to happen in order to protect the environment.

As a result of these serious environmental and health implications caused by climate change, the Liverpool City Region Combined Authority declared a climate emergency at its Annual Meeting in May.

The Liverpool City Region has also made 2019 the ‘Year of the Environment’ with a focus of, amongst other aims, helping deliver the Greenest UK city region.

In response, the Combined Authority’s Bus Alliance, which comprises Arriva, Stagecoach and Merseytravel, is taking up this charge and utilising the Better By Bus campaign to amplify this message.

Lisa Pearson, campaign conductor at Better By Bus, said: “We are now at a vital crossroads, where real and meaningful action is the only way we can prevent the damage we’ve created, before it’s too late. This is a global issue, but by joining together as a city region, we can make a real difference. 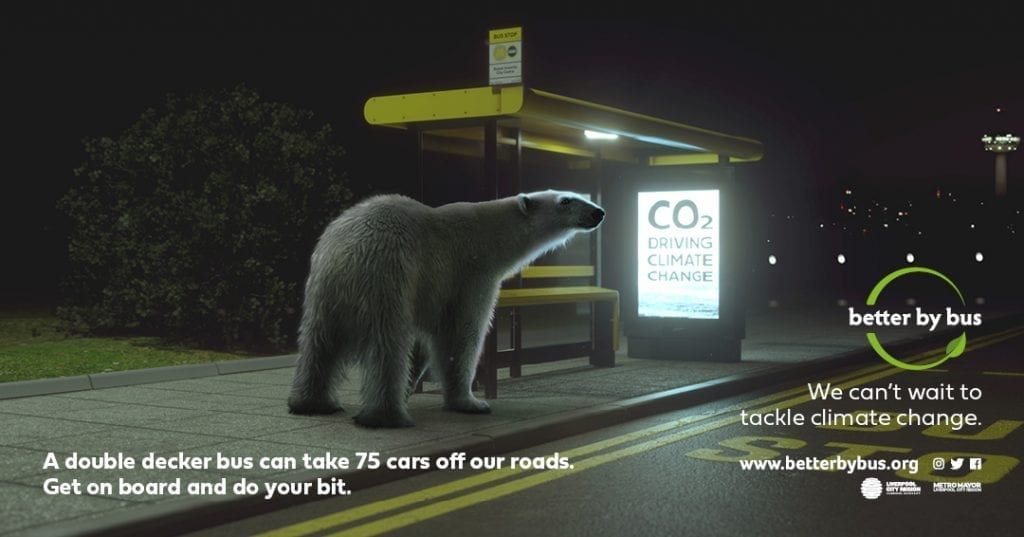 MORE: Check out these Liverpool restaurants for a vegetarian feast

“In this campaign we’ve used some of the world’s most loved animals – an elephant, a polar bear and an orangutan – to demonstrate that the harmful emissions produced by cars is destroying these animals’ natural habitats. These are images that we don’t see every day, which drives home the message that if we don’t start reversing the damage we’ve caused, we won’t have any elephants, polar bears or orangutans at all.

“Thankfully, with 70 per cent of our buses in the Bus Alliance powered by electric, hybrid or low emission engines, as well as the average age of buses being under seven years, swapping the car for the bus is one of the easiest ways for people to reduce their carbon footprint.”