This is how Liverpool will remember on Remembrance Sunday - The Guide Liverpool
Contact Us Advertise with The Guide Our Video Services Follow us:

This is how Liverpool will remember on Remembrance Sunday 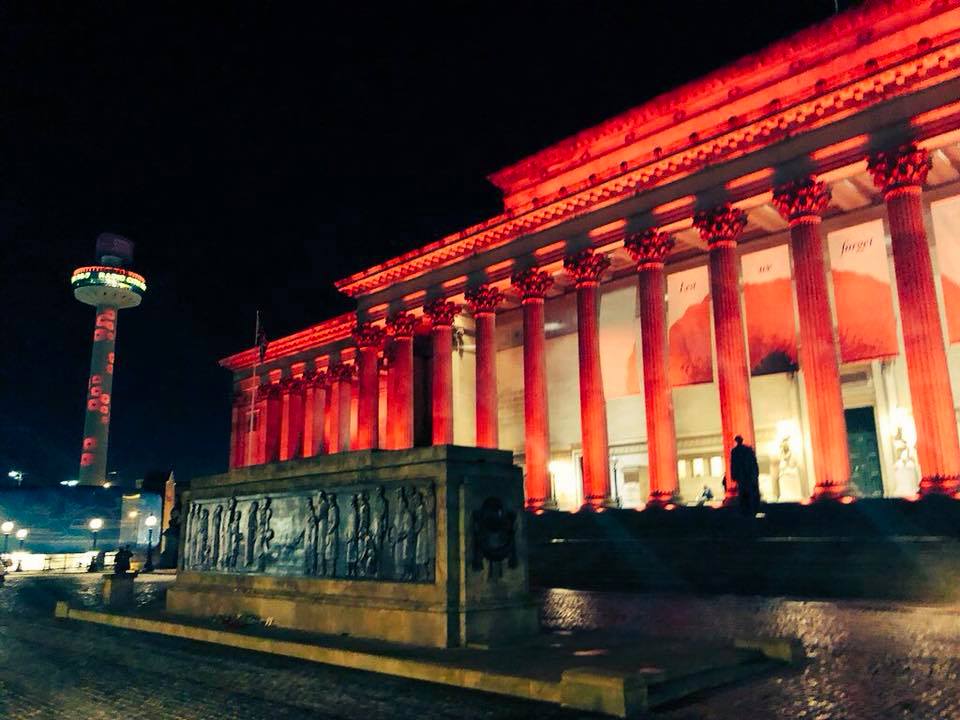 Liverpool will fall silent on Sunday 10 November when the Annual Service of Remembrance takes place at St George’s Hall Liverpool.

In what is one of the largest events of its kind in the country, Lord Mayor of Liverpool Cllr Anna Rothery will lead the city’s tribute to those brave women and men who have fought for their country.

Cllr Rothery will be joined by veterans, serving members of the armed forces, families of the fallen from recent conflicts, representatives from the Merseyside Royal British Legion, and other civic dignitaries at The Cenotaph on St George’s Plateau.

This year’s ceremony will commemorate the 75th anniversary of D-Day.

The service will begin at 10.40am when The Band of the Duke of Lancaster’s Regiment will be joined by Liverpool’s-own Mezzo Soprano Danielle Louise Thomas.

A highlight of this year’s event will be a reading of North West poet Jane Weir’s contemporary war poem Poppies. Manchester-born Jane will join the gathering at St George’s Plateau where she will read the poem that she dedicated to: “parents, their children and the bonds which hold them together”. Poppies is regularly studied as part of the English Literature GCSE syllabus as an example of a modern war poem.

Other contributions will come from Staff Sergeant Claire High of the Royal Army Medical Corps, who will give a ‘moment of reflection’ and Mr Hardev Singh Sohal who will offer a prayer in the Sikh tradition representing the Faith Leaders’ Group.

At 11am the traditional firing of the gun will signify the start of the two-minute silence, with another firing to mark its conclusion.

Following the two-minute silence, the traditional wreath-laying and service, the parade will then march from St George’s Plateau to salute the Cenotaph. Civic buildings, St John’s Beacon and Liverpool ONE will be lit up red in recognition of the event.

Other events taking place in Liverpool to commemorate the Annual Service of Remembrance include:

-The opening of the Garden of Remembrance at St Johns Gardens at noon on Friday 8 November. Gardens 12pm

-The Hall of Remembrance at Liverpool Town Hall will open between 9am and 4pm on Monday 11 November, Armistice Day.

-On Monday 11November, the Armistice Day two-minute silence will be observed at Exchange Flags, the Cenotaph and other venues across the city.

Culture Liverpool has also created a special digital Wall of Honour, which is an online tribute to all those who served their country and made the ultimate sacrifice. Anyone can contribute to the Wall of Honour and it can be viewed online here.