This Liverpool woman is encouraging people to support a new cancer campaign after facing the disease herself - The Guide Liverpool
Contact Us Advertise with The Guide Our Video Services Follow us:

A courageous 23-year-old from Maghull who lost her leg to cancer is urging everyone to have a clear out.

Megan Squire faced a cancer diagnosis when she was just 11-years-old. She is now sharing her story during Childhood Cancer Awareness Month in support of CRUK for Children & Young People which funds vital research to improve survival and reduce long-term side effects for young cancer patients.

This September, Megan, is urging people across Merseyside to clear out their wardrobes, as part of TK Maxx’s Give Up Clothes for Good campaign, to help more children survive cancer. 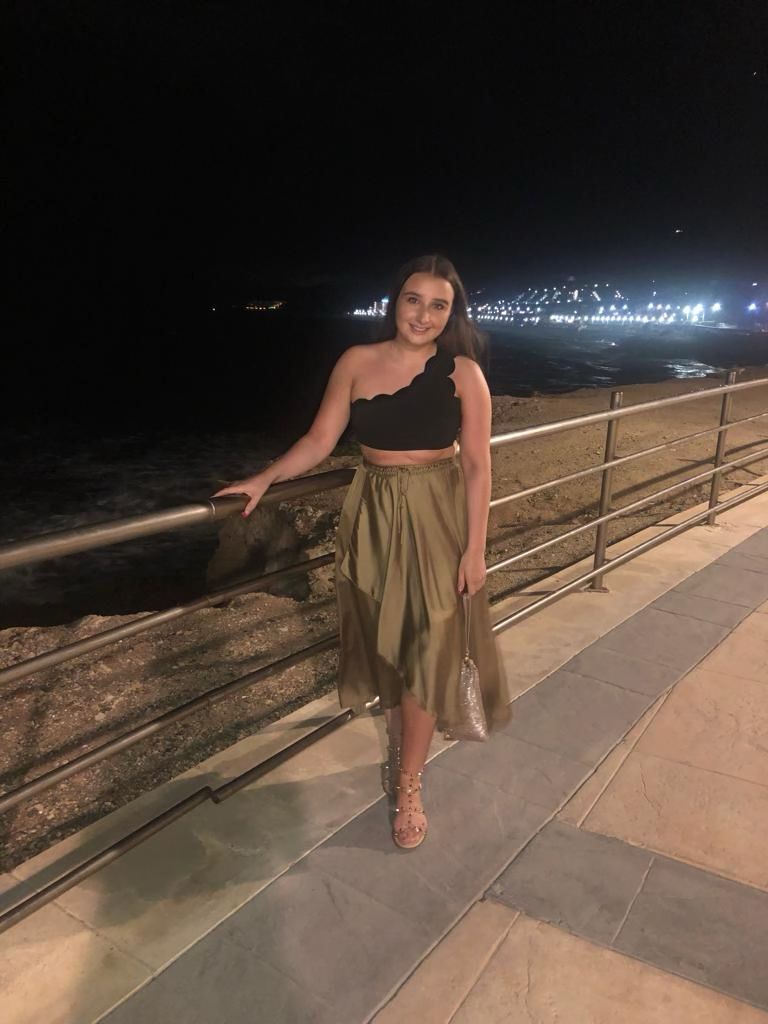 When sold in Cancer Research UK shops, each bag of items donated could raise up to £25 or £31 with Retail Gift Aid. Since 2004, TK Maxx has raised over £40 million to help more youngsters survive cancer with a good quality of life.

Megan started to feel unwell suffering from fatigue and pain in her right leg in 2010. Her mum, Dianne, took her back to the GP repeatedly. But was told Megan had growing pains. 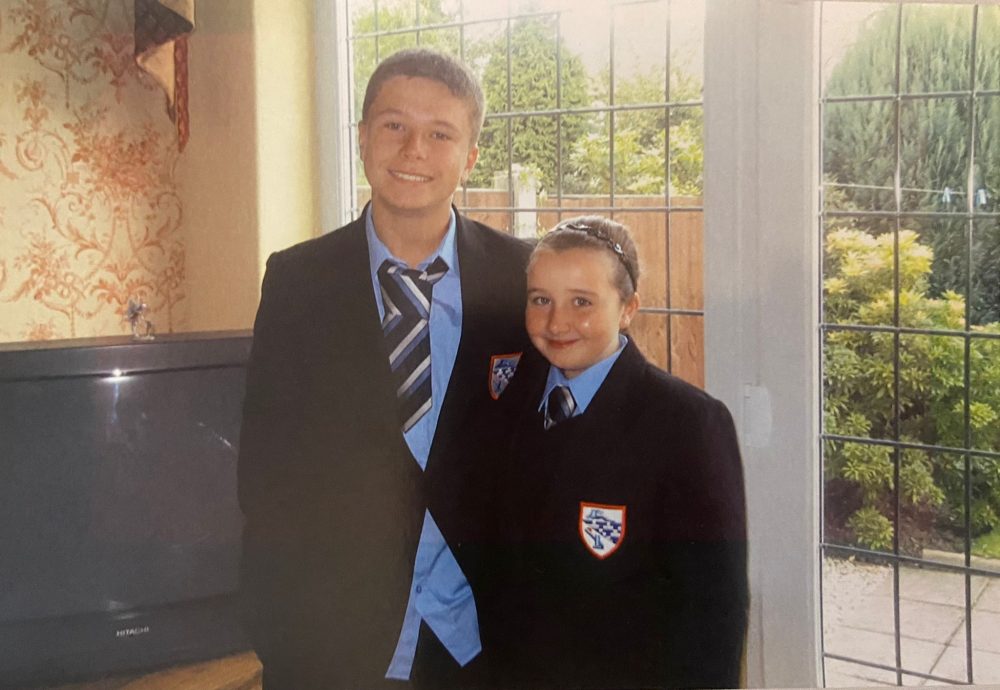 When Megan was eventually referred for a scan in 2011 following six months of suffering pain, she and her family were absolutely devastated to be told she had a form of bone cancer called Ewing sarcoma.

Megan, who was in her first year at Deyes High School in Maghull, was immediately placed on a gruelling schedule of chemotherapy treatment at Alder Hey Children’s Hospital and lost her beautiful hair.

Sadly, she experienced an extreme reaction to the treatment and it was initially thought she had suffered a bleed on the brain and had slipped into a coma. Megan’s doctors were particularly worried as they had only seen one other child react in the same way.

However, she made a good enough recovery to continue with the chemotherapy. But the tumour didn’t shrink.

Megan had to be admitted to the Royal Orthopaedic Hospital in Birmingham where she had surgery to remove her right leg.

Back at Alder Hey, Megan was placed into isolation for six weeks and was once again on high dose chemotherapy.

She also had a stem cell transplant which required further isolation. 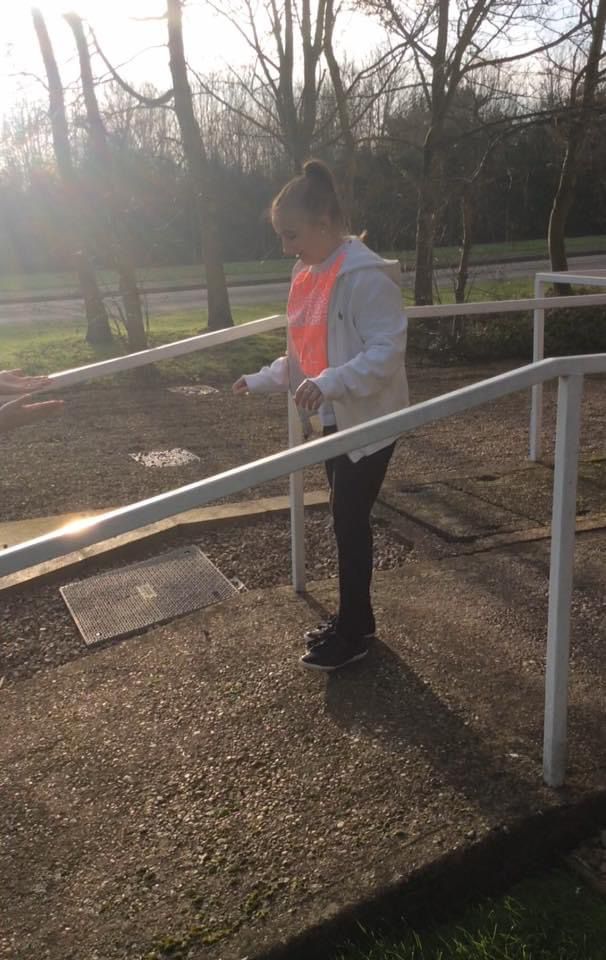 Megan then faced a long path to recovery, including learning to walk again with a prosthetic leg.

As she struggled with the old-fashioned NHS prosthetic, her family fundraised to buy her a robotic leg. They raised an incredible £52,000. Megan had to wait until she was 16 to be fitted with the robotic leg which proved to be life transforming.

Megan was able to return to school in 2012 having missed a full academic year. She found getting back to normality a challenge, but remained determined to catch-up and lead a full life.

Megan lives with parents Ray and Dianne and older brother Jack. She enjoys a busy life working at Matalan’s head office in Knowsley. She loves spending time with her boyfriend Nathan who she has been best friends with since they were 16-years-old.

She also enjoys holidays, the gym and socialising. 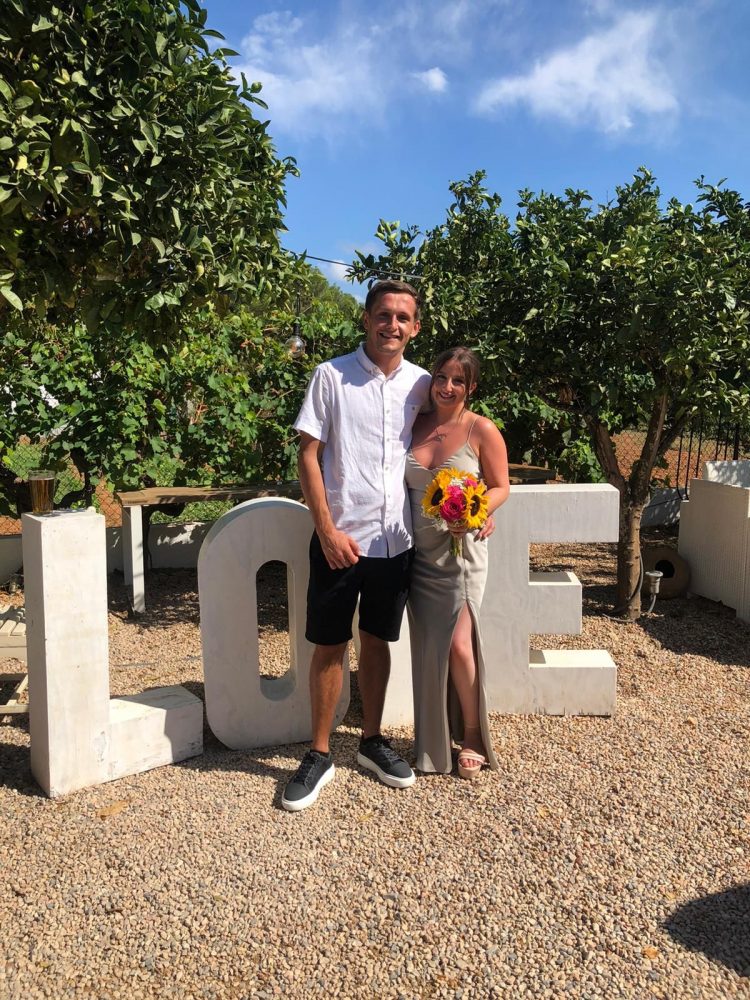 “Looking back, it was a really hard time for me and my family. But we had to focus on the treatment and the long road ahead. Facing a cancer diagnosis as a youngster is devastating. But I feel lucky to be living a great life now and I have a very different perspective.

“Research into cancer is vital and has helped me to survive.” 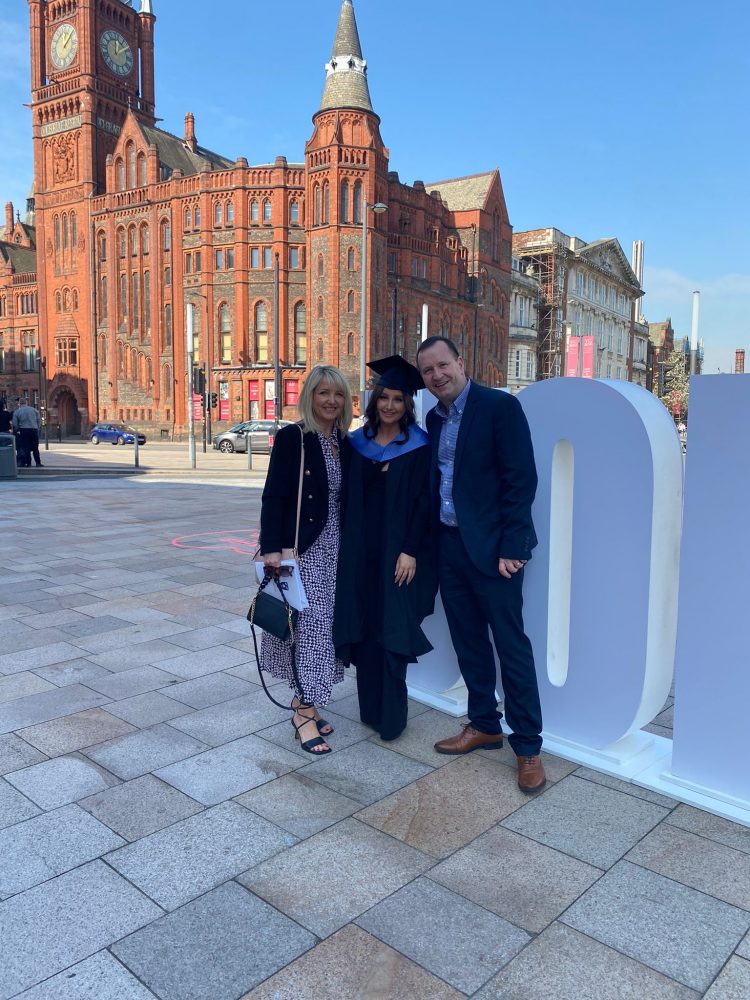 “It was an incredibly stressful period of our lives. But as a family we are so proud of Megan and her positive attitude. We would urge everyone to have a clear-out as their unwanted items could save lives like hers.”

Alder Hey Children’s Hospital in Liverpool is one of the many centres across the UK taking part in ground-breaking clinical trials coordinated by Cancer Research UK’s Children’s Cancer Trials Team. These trials make innovative new treatments available to children with cancer in Liverpool/across the region.

Cancer Research UK celebrates its 20th anniversary in 2022. However, its history dates back to the founding of the Imperial Cancer Research Fund in 1902.

Thanks in part to the charity’s work, children’s cancer survival in the UK has more than doubled since the 1970s when just over a third of children diagnosed survived beyond ten years. 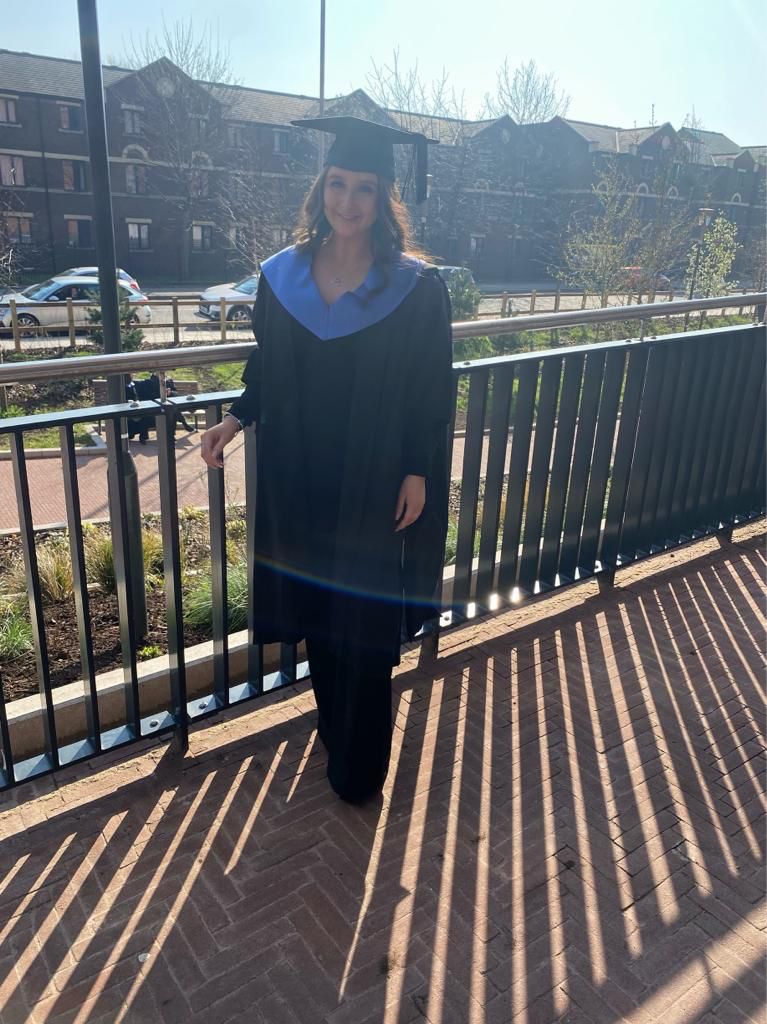 “We’re grateful to Megan and her family for their support. Cancer in children and young people is different to cancer in adults – from the types of cancer to the impact of treatment and the long-term side effects survivors often experience. So, it needs more research which campaigns like Give Up Clothes for Good help to fund.

“We want to help ensure more people under the age of 25 in the North West and across the UK, survive cancer with a good quality of life. That’s why we hope as many people as possible will show their support and donate any quality clothes or goods to their local TK Maxx store. Not only could they help to save lives, they’ll also be reducing their environmental impact by giving their pre-loved items another lease of life.”

Give Up Clothes for Good is one of the UK’s longest running clothes collections and people can donate at any TK Maxx stores across Merseyside and Cheshire.

Find out more on the Cancer Research UK website here.