Thousands of LFC fans arrive in Paris ahead of the Champions League Final - The Guide Liverpool
Contact Us Advertise with The Guide Our Video Services Follow us:

Liverpool fans have told of their “mammoth” journeys to Paris for the Champions League final.

The Reds will take on 13-time winners Real Madrid at the Stade de France, just north of the city, on Saturday, with supporters beginning to flock over.

Up to 70,000 fans are expected to arrive, according to local authorities, with some leaving early in the morning and driving for 10 hours. 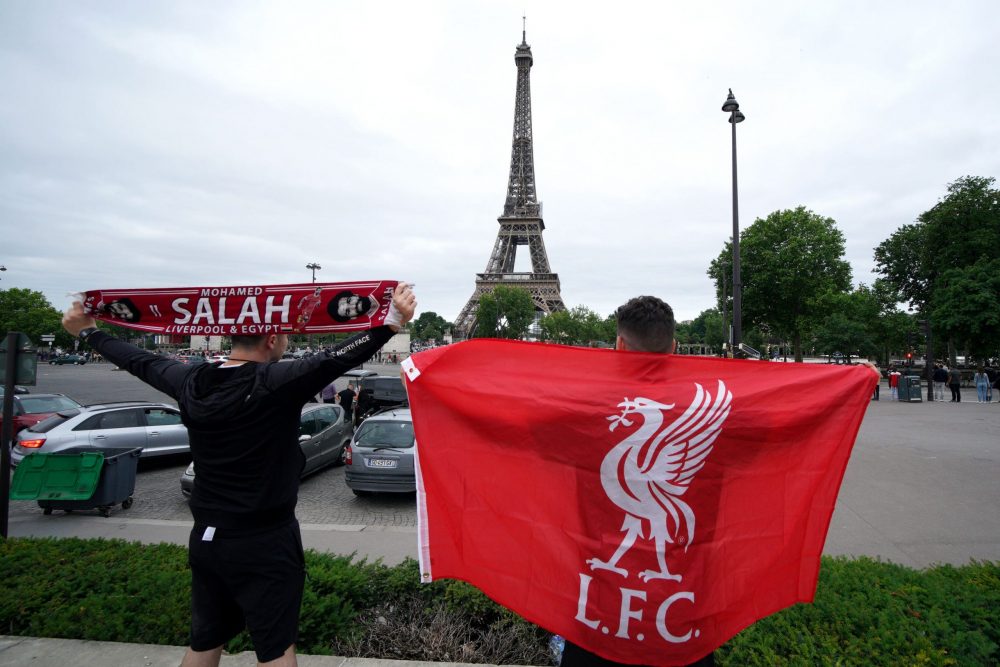 Liverpool fans pose for a photo in front of the Eiffel Tower (Credit: Peter Byrne/PA)

One supporter, James Richards, 24, from Birkenhead, told the PA news agency: “I left around 4am yesterday, I’m not looking forward to leaving here but I had to be here with the lads.

“I don’t even have a ticket but we’re not here for the stadium, it’s just to be with fellow Reds, it’s gonna be boss.

“Hopefully they can win to cap it all off.”

Gary Stone, 47, a landscaper from Woolton, said: “It was a real mammoth journey, 10 hours, no sleep but what a laugh it’s gonna be.

“It’ll be a carnival atmosphere, no-one does it like the Reds, we’re the best fans in the world.”

Others told of taking days off work to get flights, while some travelled to London for the Eurostar.

A scattering of Liverpool supporters could be seen around the Eiffel Tower on Friday afternoon, holding banners and drinking.

Three supporters from Cheshire said that most people they had spoken to did not have tickets for the match.

Banners being seen around the city read “up the Reds”, “there are some things oil can’t buy” and “conquering Europe”.

However, there were a few reports of people going missing on Thursday evening.

James Hargreaves, 31, had issued a plea on social media saying his 66-year-old father was missing after drinking at a Liverpool-themed bar, but was found hours later.

Another fan said on Twitter his friend had disappeared without a phone or knowledge of his hotel.

A fan zone is to be set up in the south-east on Cours de Vincennes, more than 10km away from the stadium on Saturday.

Police in Paris said 6,800 officers and military personnel will be mobilised, with flares prohibited from the fan zone. 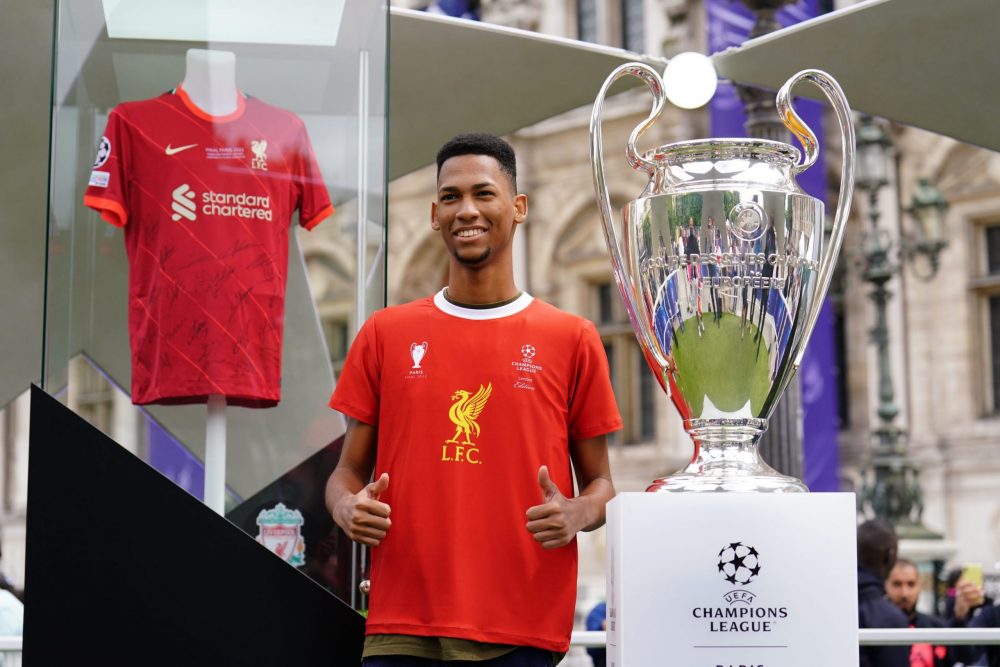 It said up to 44,000 supporters will be permitted in the area, which will remain open until the end of the match.

The zone will open from 2pm local time with fans able to access it for free.

Click here for everything you need to know if you’re in Paris for the Champions League Final.