Three Liverpool actors and how their lives have changed through lockdown - The Guide Liverpool
Contact Us Advertise with The Guide Our Video Services Follow us:

Three Liverpool actors and how their lives have changed through lockdown

Lockdown brought the curtain down on many actors’ careers.

So, while they usually keep us entertained, we asked some of the city’s favourites how they’d entertained themselves through the pandemic and what they thought – or hoped – this year would have in store… 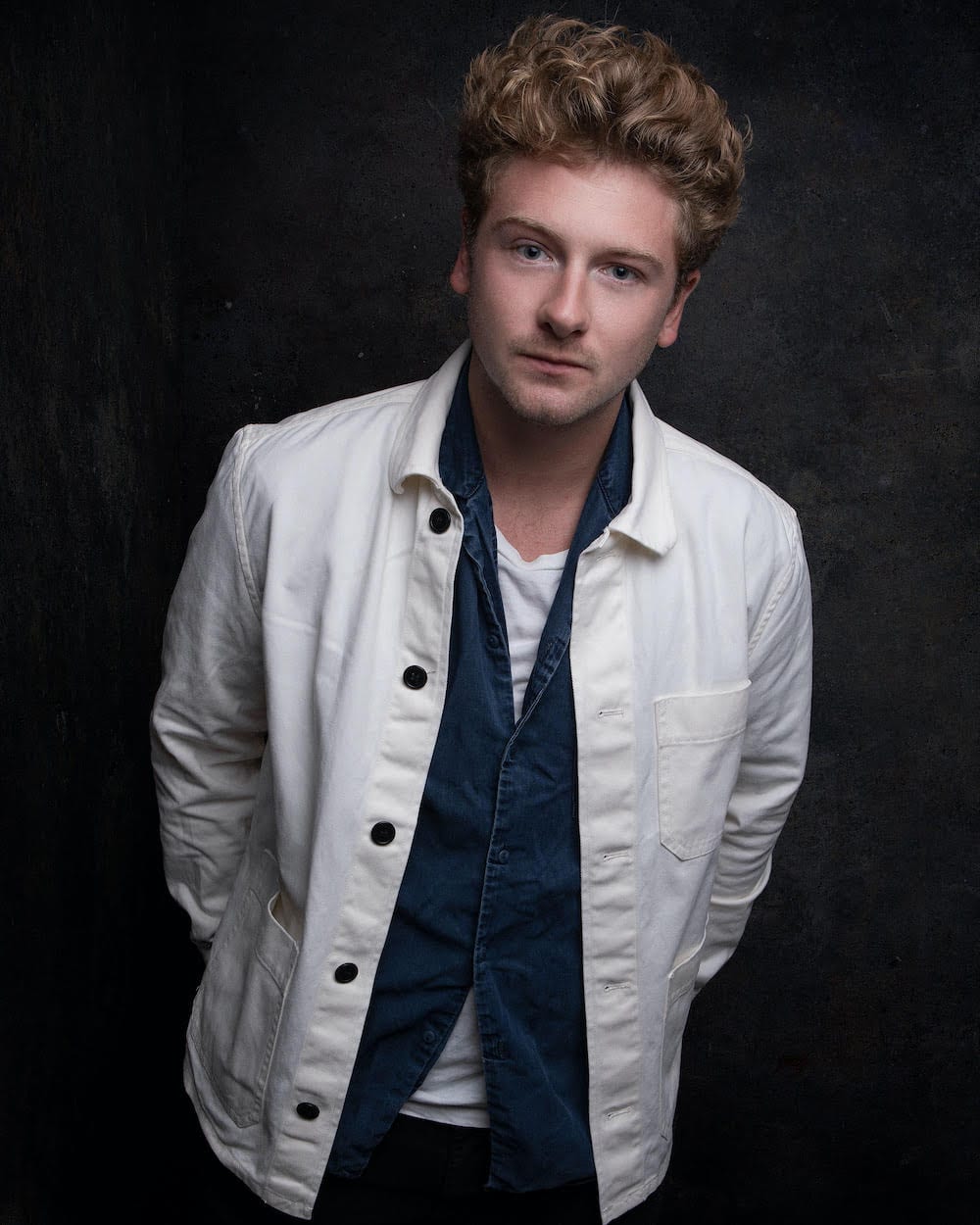 Last Tango in Halifax and Benidorm actor Josh Bolt is feeling positive and looking forward to an end to lockdown.

“The amount of stuff that’s in cold storage ready to be filmed is unbelievable and I’m hoping that it will soon get very busy,” he smiles.

“There will be an explosion of work and that will be unbelievable.”

Such hope from the 26-year-old Halewood actor who appeared in the George Clooney Hulu drama, Catch 22, in 2019, is great to hear.

Because he admits that he has suffered through the crisis.

With the hit drama and a main role in the acclaimed Anthony Walker biopic by Jimmy McGovern – he played Michael Barton – Josh’s career was in the ascendency.

“I’m not ashamed to say it affected me, and I have struggled  to cope through lockdown. I’ve been stuck in Halewood – lovely though that is, with my family – but you do you run and you Facetime your mates and family and then, with no work, you think what else am I going to do?

“I’ve had mental health battles in the past and I know others who have, and do, and it’s hard for everything. I felt I achieved nothing last year.”

The impact on people’s mental health and the need to do something led Josh to launch a fundraising page and organise a climb up Ben Nevis in June with 95 other friends – each one walking for the 96 who died at Hillsborough so it honours their memory too –  for three charities: The Whitechapel Centre, the YPAS (Young Person’s Advisory Service) and the Scottish Association for Mental Health.

“It gives us all a goal and a reason to stay active,” he says.

And, once restrictions end and he can get back out to work, he’ll be auditioning for more roles again.

“It will be harder than ever,” Josh admits. “Apart from the elite 5% of actors, production companies will be able to have any actor they want, because we all want to get back to work and more people will be going for the same role.

“But, already since the New Year, self-tapes have really started to pick up and it feels like everyone from actors to directors to producers is chomping at the bit and raring to go. It’s a case of sitting tight and spring/summer should see the start of things moving again.

“Besides, people are running out of things to watch!”

MORE - Liverpool campaign March for the Arts is calling all freelancers! 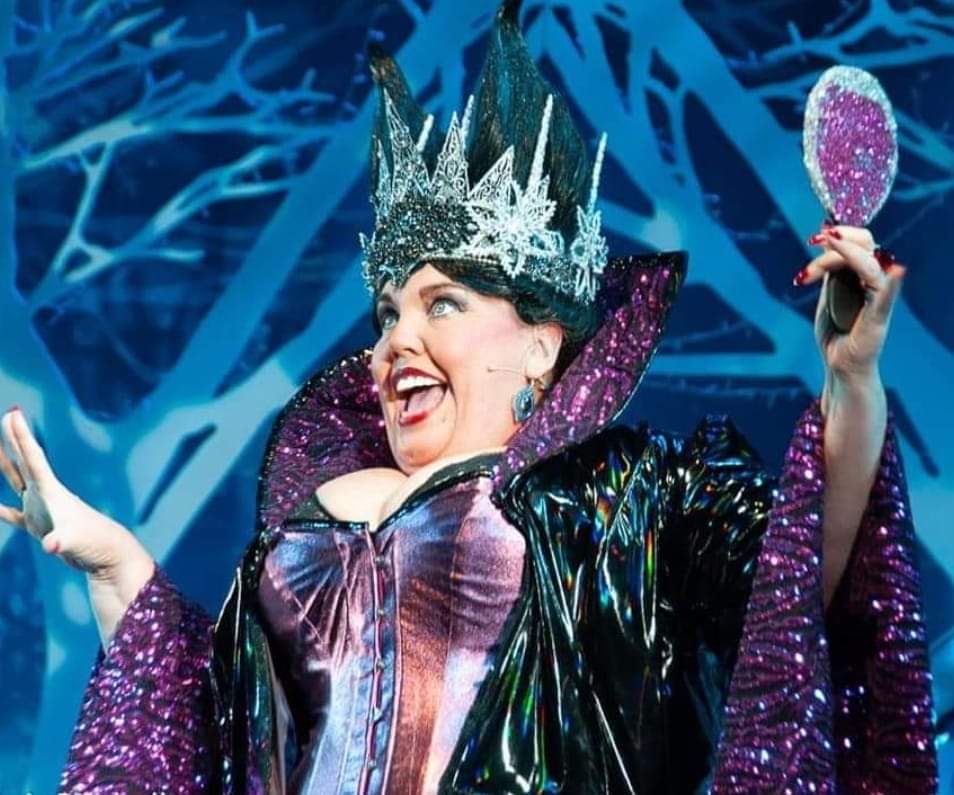 But even ‘Mersey Mouth’ admits she’s been silenced by the latest lockdown.

“This has been the hardest one for me,” she says. “It woke me up and made me realise even I can’t paint a smile on every day, and that it’s okay for me not to be okay at times…”

Mum-of-two Lindzi has been hit by the loss of close family and friends: “And not being able to comfort and see loved ones who are going through the worst time of their lives just breaks my heart,” she says.

In the first lockdowns, Lindzi was the one who kept everyone’s spirits up, launching ‘Wake and Shake’ exercises classes every weekday on Facebook and ‘Storytime’ every evening.

“Initially I did it for pupils of my dance and drama school, Totally U in Netherley, because I realised I wouldn’t see them and wanted to let them know ‘it’s okay, we’ve got this’.

“But I ended up with people joining me from all over the world.”

While some work stopped – “we’d just started Pete Price is dead, then that was pulled” – and other productions postponed, Lindzi knew she had the Christmas Selection Box at the Royal Court, which gave her hope.

“Still, loads of us actors had to get other jobs to make ends meet. I was lucky Maureen Bramwell from Grand Central Hall called me up to ask if I’d compere a show for her in the gardens. She was just fantastic.”

Lindzi is hopeful that two cancelled shows will return this year, You’ll Never Walk Alone in April, and Mam, I’m ‘Ere in summer.

“It’s hard but I’ve got work providing it can happen. I kept saying last year it’d be fine, now I just keep asking please let there me some sort of lift so people can get back out and get to theatres safely. They miss being entertained, and we miss entertaining them.

“I tell myself we’ll get there. This isn’t forever, and every day we are a step closer to getting out of this. We’re all in the same boat – and while for some the boat is big, some small, we’ve got to ride the storm together.” 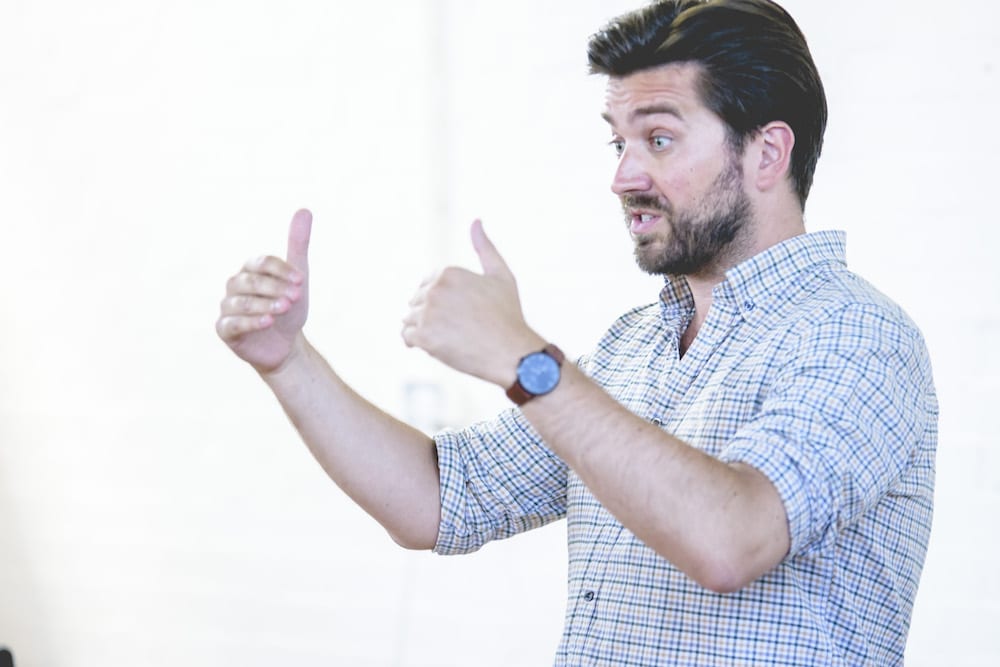 There’s a pile of about 25 books in Stephen Fletcher’s flat that have been on a ‘to read’ list.

“And thankfully the ‘read’ list is now longer than the ones I’ve still got to read,” smiles Stephen. “I’ll stress that it’s no worse than it is for anyone else but, as a creative, lockdown – especially the latest one – is like a holding time, being on edge and waiting for everything to open up again.

“That’s why I’ve been trying to do stuff that I haven’t done for so long – like reading plays – and getting my head around what I’d like to do when all this ends.”

Among the contrasting books, or rather plays, he’s read are John Osborne’s Look Back in Anger and Talent by Victoria Wood, to texts by Willy Russell and Lorraine Hansberry.

“I’m trying to use the time to further educate myself,” says Stephen, “I’ve been reading about the heritage of different venues in the city too, and it’s interesting to see parallels between what audiences enjoyed after the Second World War and what they have enjoyed, and will enjoy, through and after lockdown, feel good stuff.

“I was reading about the artistic director of the Playhouse, William Armstrong, who wrote that while one play was on stage in 1939 (ironically about World War One) the actors heard the Echo seller saying Hitler had invaded Poland.

“The cast members were all sent home, only to be recalled for a review show with all their party pieces to cheer people up – a bit like Selection Box at the Royal Court at Christmas,” says Stephen about the show he wrote, directed and appeared in.

And Stephen has been professionally busy.

While Pete Price is Dead was halted by restrictions – he hopes to bring it back in October – Stephen raised £20,000 with a crowdfunding campaign for a pop-up panto which is in the bag and waiting to be brought to life in schools, divided his flat with space for online lessons, and set up a studio for voiceovers.

“I did a web series, This Is Our Bev, with a view to turning it into a play, and I wrote half a play.

“This year they’re planning to bring Mam, I’m ‘Ere back in the summer, I’m set to direct the Christmas show again at the Royal Court, and I’d like to work on developing shows that cater for all audiences in the city.

“And I’m hoping people will be gagging to get out and realise how much they have missed theatre.”

Until then, Stephen is looking after himself after finding this latest lockdown, like everyone, a little harder.

“I like to think we’re hibernating, and I’m sorting myself out and doing the things I need to do.

“How near we are to sitting next to someone with 1,000 people around us I don’t know but, slowly and surely, I hope we’re getting there.”