Tiger Roll could make history as the first horse ever to win the Grand National three years running - The Guide Liverpool
Contact Us Advertise with The Guide Our Video Services Follow us: 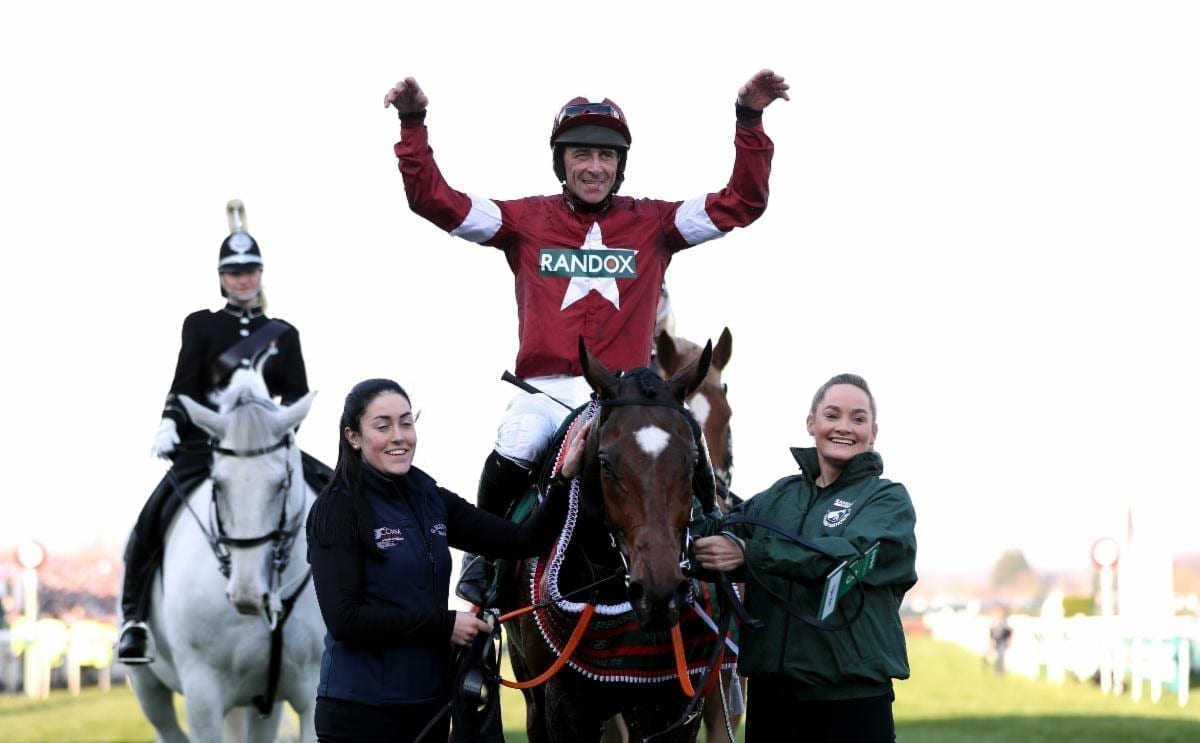 Tiger Roll will run only twice this season before bidding to become the first horse in history to win the £1-million Randox Health Grand National for a third consecutive year, his trainer Gordon Elliott has revealed.

In April, Tiger Roll emulated the legendary Red Rum to win the world’s greatest steeplechase back to back.

Trainer Gordon Elliott has now confirmed for the first time that the Gigginstown-owned nine-year-old is definitely being aimed at the Aintree showpiece event on Saturday, April 4, 2020, with top jockey Davy Russell named as the man who will partner him again.

However, Tiger Roll will not set foot on a racecourse until the New Year in preparation for his record-breaking attempt, with a bid to win at a fifth Cheltenham Festival also planned.

In an interview with Aintree Racecourse,Gordon Elliott said Tiger Roll has returned to the yard from his summer holiday fit and well.

Elliott said:”It is great to see him back, doing a bit of work again. He has had a nice couple of months of summer holidays.

“He went back to Gigginstown obviously. He was probably out there and had about 10-12 weeks out on grass. He hasn’t had a saddle on him since Aintree and the National but he has done a few parades and had a few good days out, which is great. 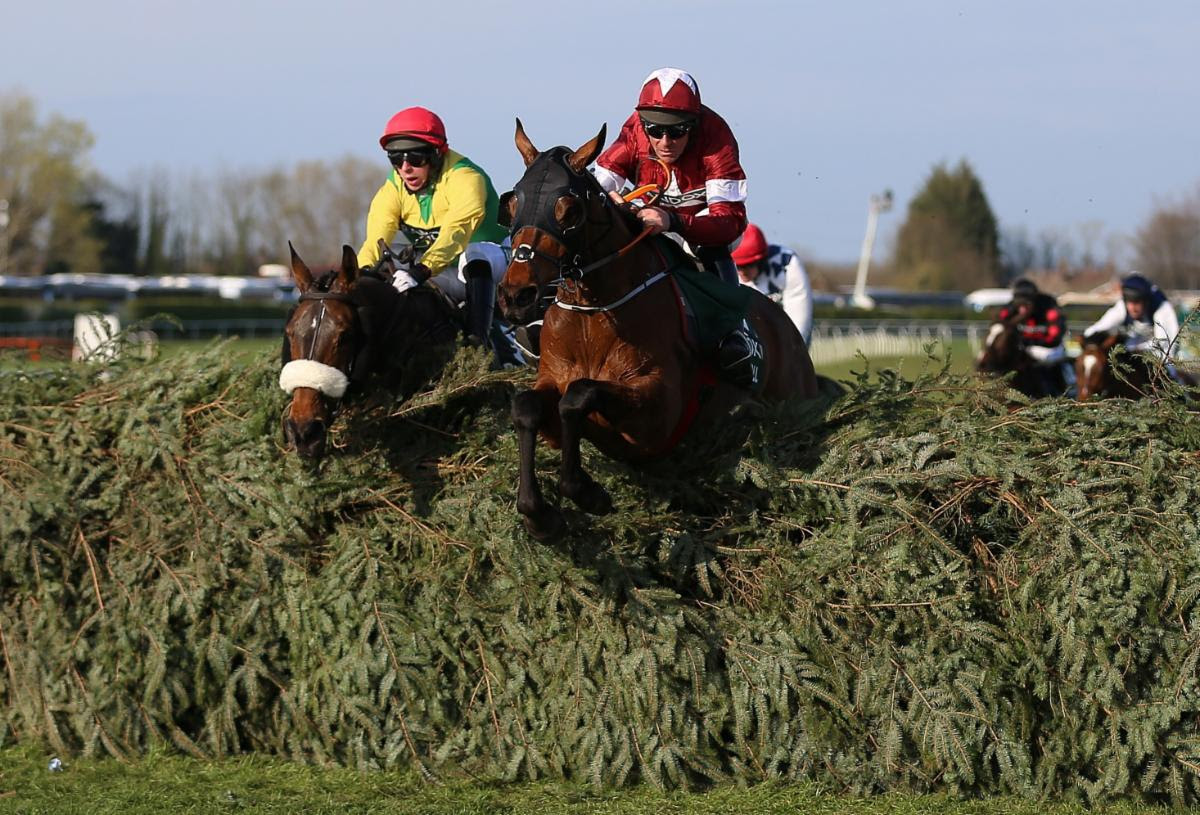 “I have seen him a couple of times during the summer at Gigginstown and he was good and strong, and I have seen him when he was here for a while before he went off to do his flat work and he looked good.

“He will probably do three or four weeks of flat work before he comes back to us in the main yard here.

“Obviously he won’t be that busy this year. We are going to have to mind him now and pick and choose where we go. He will probably have one run over hurdles, maybe something like the Boyne Hurdle (Navan, February) again. He will go back to Cheltenham (March) for the Cross Country race and then we’ll go for the Randox Health Grand National.”

The trainer went on to reveal riding arrangements for this season: “Keith (Donoghue) will ride him in Cheltenham in the Cross Country race and the Boyne Hurdle and then Davy Russell will ride him in the National.”

Elliott was also candid when asked whether he had been tempted to run Tiger Roll in one of the top G1 races of the Jumps calendar.

He said: “People tell me I should be entering him in Stayers’ Hurdles or Gold Cups but I was always taught and I am a big believer in going for the race you think you can win at the Cheltenham Festival and the race I think I can win at the Cheltenham Festival is the Cross Country race, so that’s where he will go. But the number one target this year will be the English National.”

Tiger Roll’s second Randox Health Grand National win in April this year sparked huge interest around Britain and Ireland in the horse, along with a number of public appearances in the weeks which followed.

Elliott admits that he only realised how much his stable superstar meant to people after the race when reading headlines and meeting people.

He explained: “You don’t really realise how much the horse meant to everyone. You see all the kids and all the different people who came to the yard.

“You don’t really appreciate it when you are in the bubble yourself. You don’t realise how much of a thing there is about this horse, you know? It’s only after when you sit back and you watch the videos and read all the paper clippings, people have really got to like him.

“You know, he has got a great name, Tiger Roll, and he’s got a great heart. He has obviously won at four Cheltenham Festivals and to win two Randox Health Grand Nationals has been unbelievable. 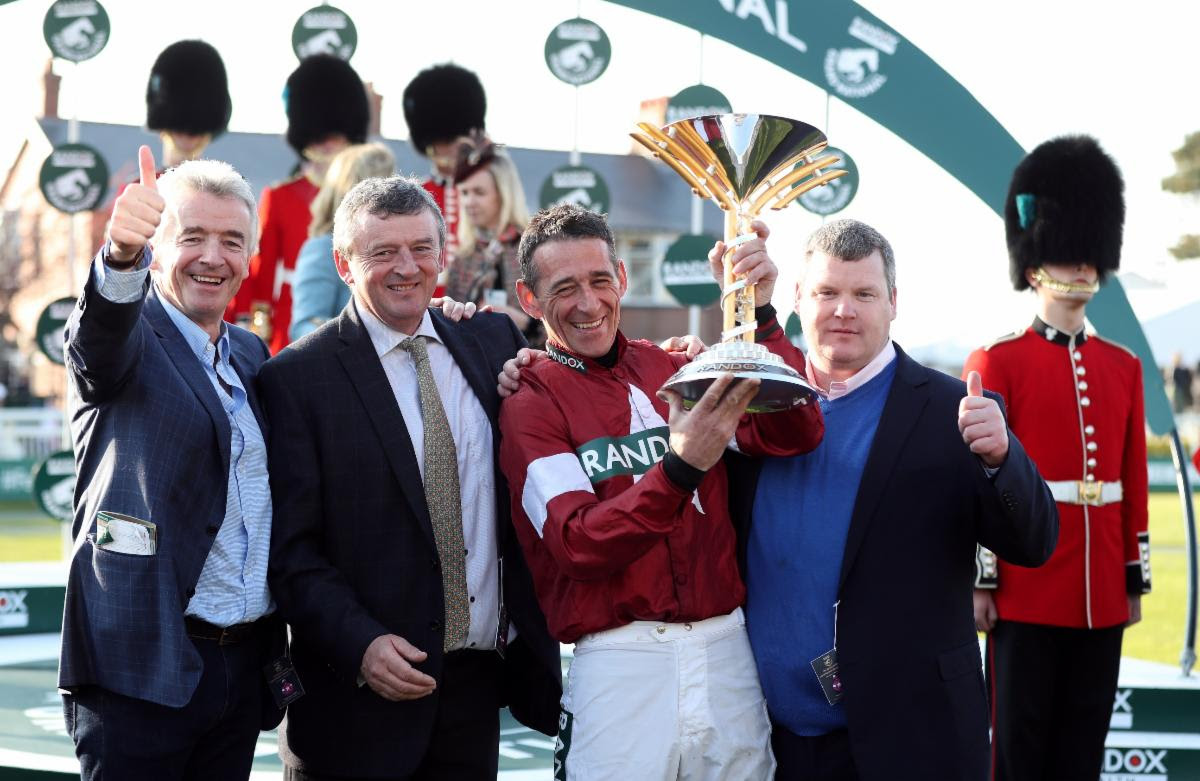 “Everyone who comes into the yard, there’s only one horse they want to see and that is Tiger Roll. He’s a people’s horse now and we are very lucky to have him.

“Red Rum was before my time but you’ve seen the videos and heard all about him. He was an amazing horse and to be in the same league as him is unbelievable.”

Ominously for his rivals, Elliott says he thinks Tiger Roll has improved as a horse and, if everything in his preparation goes right, he will have a fantastic chance to make history.

He added: “I suppose last year (2018) we thought he would hose up until the last 50 yards and he just nearly got caught. I was still confident when he had got past the line last year that he had won but, until they call the result, you never know.

“This year was probably easier to watch. He travelled and jumped and did everything right. You know, it’s a funny thing to say but he was arguably a better horse this year than he was last year.

“I think the build up to the English National this season is going to be unbelievable. The hype – people are talking about him already. Whether he wins, loses or draws if he gets back there to have a go at three in a row it’s going to be great. The hype is going to be brilliant.”

If all the preparation has gone well then, come April, all the focus will be on one horse and whether he can write himself into the record books yet again.

His trainer is confident the “people’s horse” will not be worried about the pressure.

Referring to his victory in this year’s Randox Health Grand National, Elliott concluded: “We were very, very happy with the horse, he was in great form and we got him there in great order. If we can get him there in half as good a form next year then he will have a massive chance.

“He knows he’s good, he loves the attention. You just watch him walking round the parade ring before and after races and he knows he is Tiger Roll.”